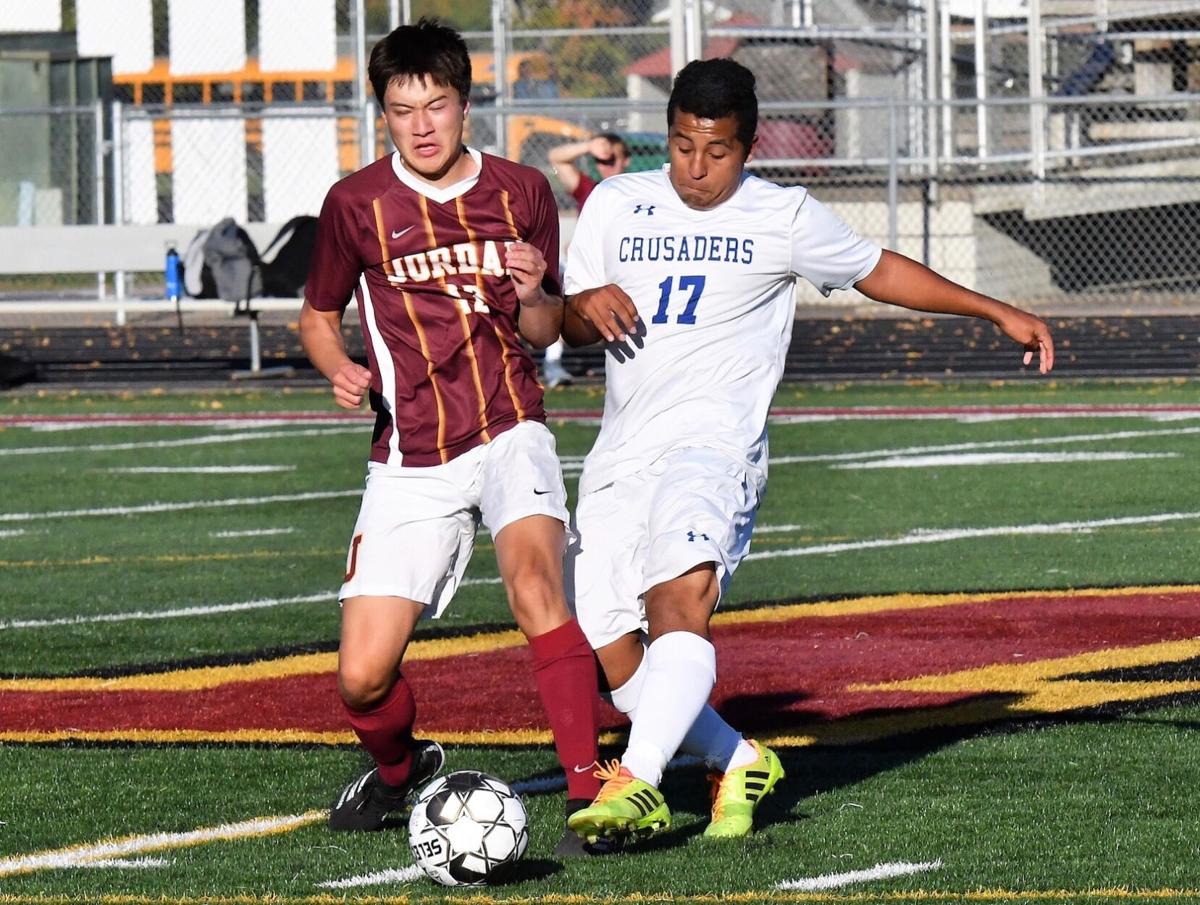 Senior Keegan Breeggemann fights for control of the ball in Jordan’s 3-2 win over Mankato Loyola Sept. 27. 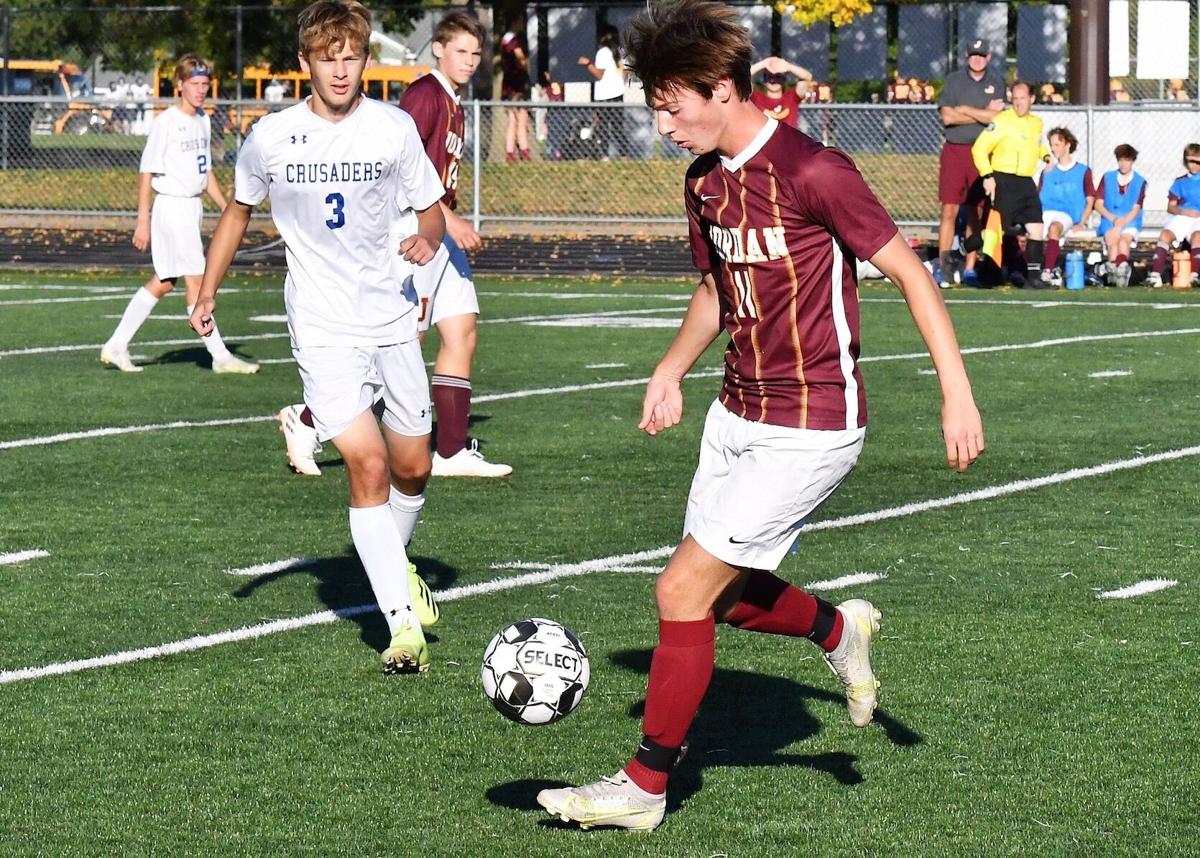 Senior Bryce Kuhn looks to play the ball up the field in Jordan’s 3-2 home win versus Mankato Loyola Sept. 27.

Senior Keegan Breeggemann fights for control of the ball in Jordan’s 3-2 win over Mankato Loyola Sept. 27.

Senior Bryce Kuhn looks to play the ball up the field in Jordan’s 3-2 home win versus Mankato Loyola Sept. 27.

The Jordan boys soccer team has made progress this fall, even though its record doesn’t quite reflect that.

The Section 2AA playoffs start Oct. 12 and the Hubmen owned a 2-12 overall record through 14 games (0-6 in the Wright County East Conference).

Jordan picked up its second win Oct. 2 with a 6-0 home victory over Tri-City United. The Hubmen broke open a 1-0 game at the break with five goals in the second half.

Senior Will Major led the team with a pair of goals.

“We have definitely made progress this season, though it’s not reflected in our record,” Jordan coach Tim Wareham said. “We have played some good soccer at times at both ends of the field, and there have been several games where we could definitely have gotten a result except for a few key moments which ultimately determined the outcome.”

The Hubmen will end the regular season Oct. 9 at home versus Brooklyn Center. Jordan will likely earn the No. 7 or 8 seed in the playoffs, so the team will get a tough quarterfinal road game.

Last spring, the Minnesota State High School League reclassified sections for all sports. Soccer went to three classes and Jordan moved from Class 1A to 2A.

What’s the goal for the Hubmen in the playoffs? Wareham knows his team will be low seed and an underdog in the first round, but upsets can happen.

“Our realistic goal is to go out and play competitively for 80 minutes that day and for our opponent to know they were in a game,” Wareham said. “I also want it to be an occasion where the nine seniors walk off the field feeling good about the performance they put in, both on the day and the season overall, and how they have played a part in moving this still fledgling program forward.”

Kuhn had a goal in the win over Tri-City United, while Arredondo had two assists and Young and Janke each had one. Ninth-grader Landon Pedersen and Gunnar Pelowski and sophomore Caden Lehnen also had goals in the victory, while sophomore Logan Rietschel had two assists.

Rietschel had a team-best six goals for the Hubmen through 14 games, adding two assists, followed by Major with three goals and an assist, Arredondo with two goals and three assists and Noah Lehnen with a pair of goals.

This fall is the seventh year of the Jordan program. The team finished 2-10 overall last year, including 0-8 in their first season in the WCC.

This is Wareham’s second season as coach, so the program still has a lot of room to grow.

“We are still a relatively new program and have numerous areas where we need to develop,” Wareham said. “One area of focus from this season is to work on consistency of performance for the full 80 minutes. As indicated, several of our losses came down to one or two key moments which took the wind out of our sails and led to the game’s momentum shifting.

“When we play well, I have seen us be competitive with the majority of the teams in our conference,” he added.