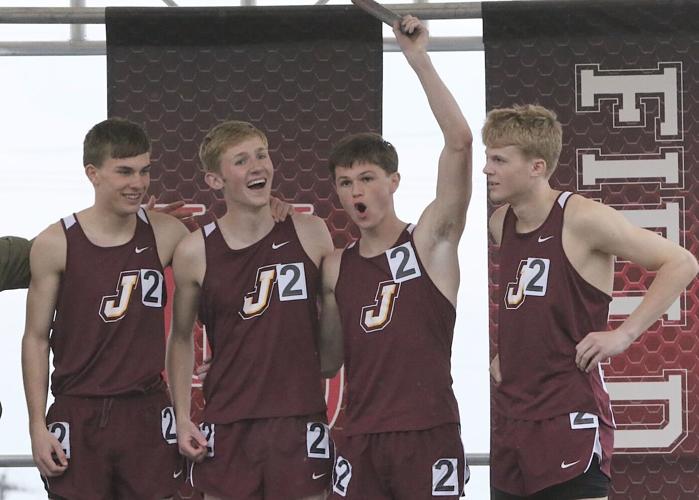 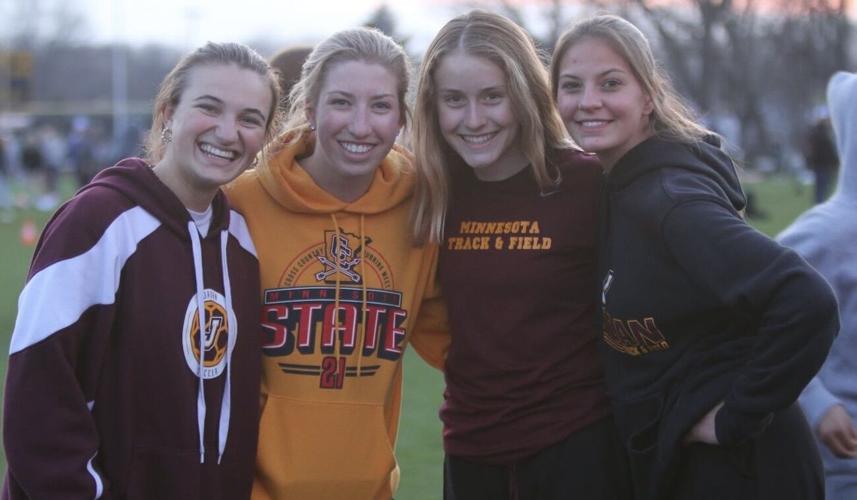 The Jordan track teams are setting higher standards in their relays.

The Hubmen’s 4x800 team of seniors Isaac Young, Owen Montreuil and Aiden Langheim and junior Kaleb Sharp set a new school record at the Hamline Elite Meet April 29 at Hamline University in St. Paul. The foursome had a winning time of 7:59.65.

The annual meet features the top individuals and relays from all three classes competing against each other. No team scores are kept.

Jordan’s 4x800 was the only relay to break eight minutes, and their time is already below the state qualifying standard for Class AA (8:02.67).

Sharp, Young and Montreuil also competed in the 4x400 with senior Will Major. The foursome ended up eighth (3:35.97).

Sharp was the lone individual at the Elite Meet for Jordan, taking fourth in the 400 (1:58.14). Sharp is the school record holder in that event, running a 1:56.10 in a meet in Cannon Falls earlier in the year.

“Our 4x800 relay team has had a phenomenal year so far,” Jordan coach Ben Nylander said. “This is only the second time in school history that Jordan has had an Elite Meet champion. The meet is the most prestigious meet in Minnesota.”

Meanwhile, at the Mankato East Relays May 5, the Jordan girls’ 4x400 relay team broke the school record. The foursome of seniors Jillian Hiveley and Madison Pelowski, eighth-grader Sarah Young and junior Kendra Krueger finished second with a time of 4:15.88.

The Jaguars were fifth out of eight schools in the team standings with 131 points. Mankato East won (218).

The Hubmen were also at the relays and ended up third with 170 points. The host Cougars won (212).

The boys picked up three wins. Montreuil, juniors Jackson Ceplecha and Max Tieben and sophomore Logan Rietschel teamed up to claim the medium distance medley with a time of 3:45.78. Montreuil, Major, Young and Sharp were tops in the 4x400 (3:29.42).

Both Jordan teams finished second in their own invitational April 29. The Jaguars finished with 151 points, which was well behind champion New Prague (229). Tri-City United was third in the seven-team field (97).

The Hubmen went one-two-three in the pole vault with Hernandez in second (11-0) and Krause in third (10-6).

“Our teams are doing well,” Nylander said. “We have been pleased with the success that we’ve had. Our goal is to be a well-rounded team at true team and we are on our way to accomplishing that goal. We continue to be led by a strong middle distance group.”