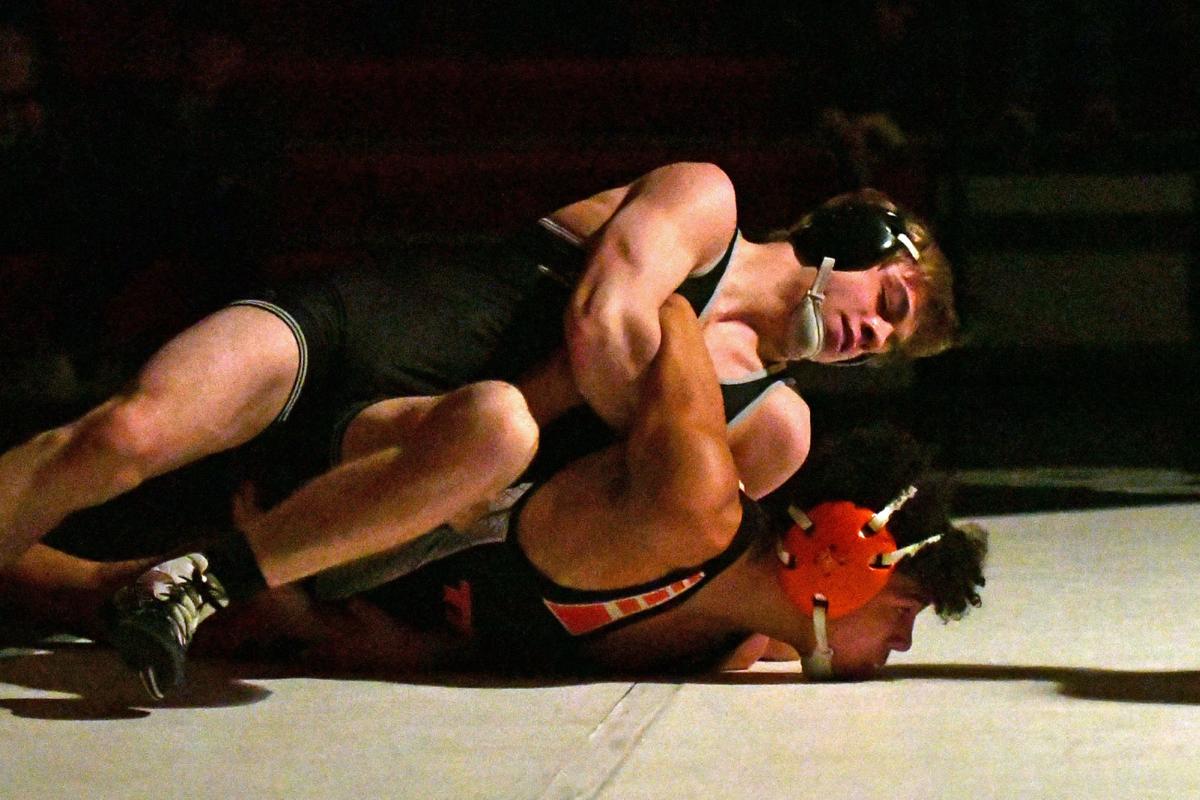 Colton Bahr and the Panthers are the No. 1 seed for the Class 2A, Section 2 tournament. 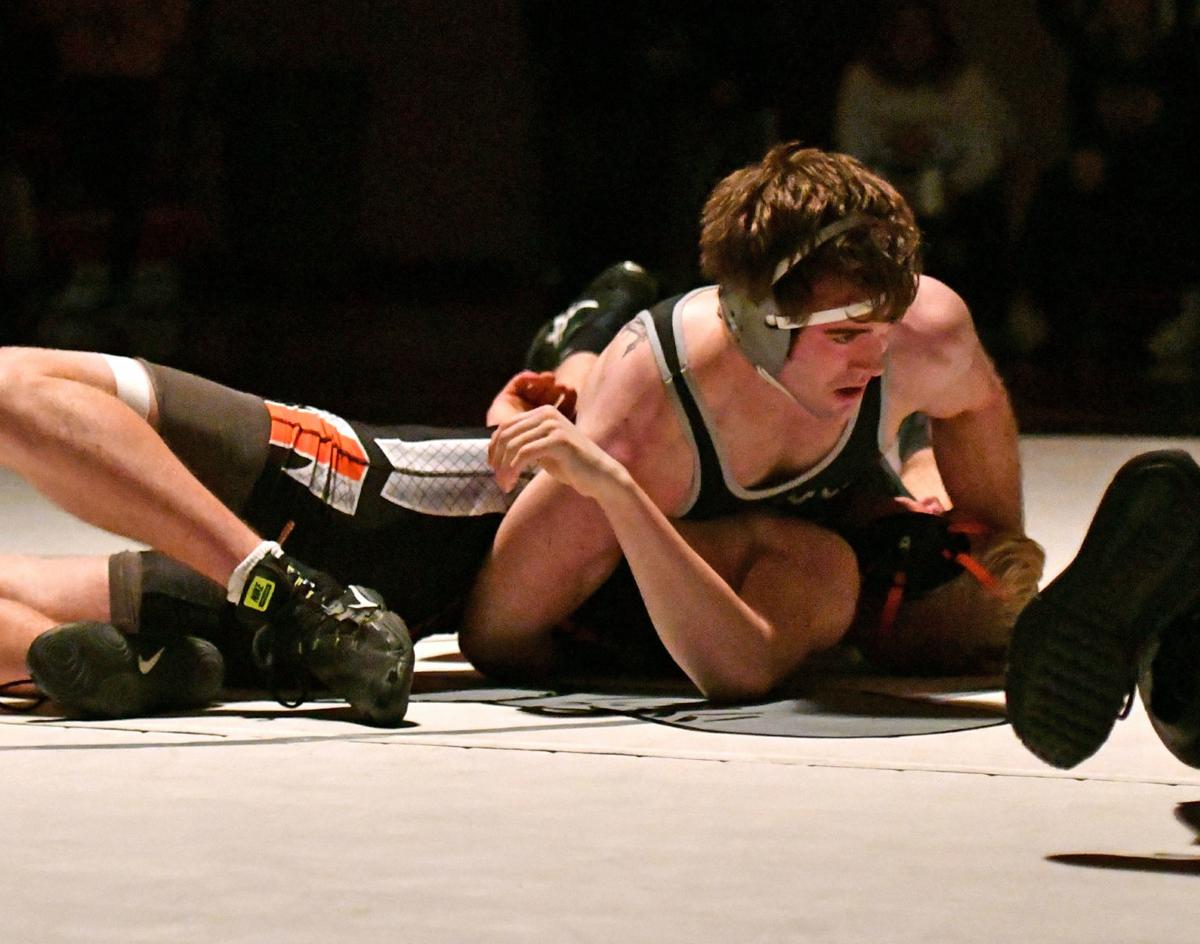 Trent Rasmussen helped the Panthers beat TCU with a major decision at 195 pounds.

Colton Bahr and the Panthers are the No. 1 seed for the Class 2A, Section 2 tournament.

Trent Rasmussen helped the Panthers beat TCU with a major decision at 195 pounds.

The Scott West Panthers is the team to beat in the Class 2A, Section 2 tournament.

Scott West earned the No. 1 seed for this weekends section tournament after winning its final five dual meets of the season and finishing the season with a 14-2 record.

Three of those five dual meet wins came against section opponents which helped the Panthers get the No. 1 seed.

With that No. 1 seed, Scott West will host a first round match up between No. 8 seed Delano and No. 9 Mankato East on Thursday night at Jordan High School at 6 p.m.

The winner of that first round match will face the Panthers in a quarterfinal match later that night around 7:15 p.m.

If Scott West wins its quarterfinal match, it will advance to Saturday’s Final Four at Mankato West.

The semifinals starts at 4 p.m. with the championship match at 6 p.m. Scott West would face the winner of the No. 5 St. Peter vs. No. 4 Watertown-Mayer quarterfinal match.

The other quarterfinal matches are No. 6 Waseca vs. No. 3 Tr-City United and No. 2 Hutchinson vs. the winner of No. 7 Mankato West and No. 10 Glencoe-Silver Lake.

Scott West has won 14 of the last 17 Section 2AA titles and will look to get back to the Class 2A state tournament after falling to Waconia in last year’s section championship. (Waconia has since moved up to Class 3A.)

“We have put together a pretty solid regular season and should have the ability to make a strong case for the No. 1 team seed in Section 2AA,” Scott West co-head coach Darren Ripley said before the seeds came out on Monday night. “We will have to wrestle at our best if we want to win the Section 2AA team championships and advance to the state team tournament.”

The state wrestling tournament will take place from Thursday, Feb. 27 to Saturday, Feb. 29 at the Xcel Energy Center in St. Paul.

Scott West finished the season by going 5-0 in the past week with wins against St. Peter, Blue Earth Area, TCU, Watertown-Mayer and Annandale/Maple Lake.

They wrapped up the season last Friday with a 41-22 win against Annandale/Maple Lake.

The Panthers won the first three matches of the night to build a 12-0 lead. Matt Randolph opened the meet with a major decision at 106 pounds. Zach Tracy followed with a technical fall at 113 and Tory Pumper earned a 6-0 decision at 120.

Watertown won the next two matches only to see Trevon Iovino, Colton Bahr and Luke Fogarty win the next three for Scott West to extend its lead to 22-8.

No worries for the Panthers as Struffert and Gavin Fahey finished the match off with back-to-back pins to win 37-17.

The week started with the Panthers going 3-0 at the St. Peter quad that saw Scott West beat TCU, Blue Earth and St. Peter.

The quad started out with a Minnesota River Conference battle between Scott West and TCU.

In a back-and forth match, Scott West got a big pin from Sturffert in the final match to defeat the Titans 33-29.

Randolph, Tracy and Adam Kelvington gave the Panthers a 13-0 lead after three matches only to see TCU win the next four matches to go up 18-13.

Scott West answered with wins from Fogarty, Blake Reimer and Demmers to go up 23-18 with four matches left.

Trent Rasmussen earned four big points for the Panthers with a 14-2 major decision at 195 and a 27-23 Scott West lead.

TCU went up 29-27 with a pin at 220 pounds but Struffert clinched the Panthers victory with a pin at 3:42 of the heavyweight match.

Scott West followed that win with a 46-22 win against St. Peter. Pumper, Bahr, Demmers, and Rasmussen all won by pinfall.

They wrapped up the quad against Blue Earth Area with a dominating 48-10 win against the No. 6 ranked team in Class A.

No. 7 Mankato West vs. No. 10 Glencoe at Hutchinson

Delano/East winner at No. 1 Scott West

West/GSL winner vs. No. 2 Hutchinson