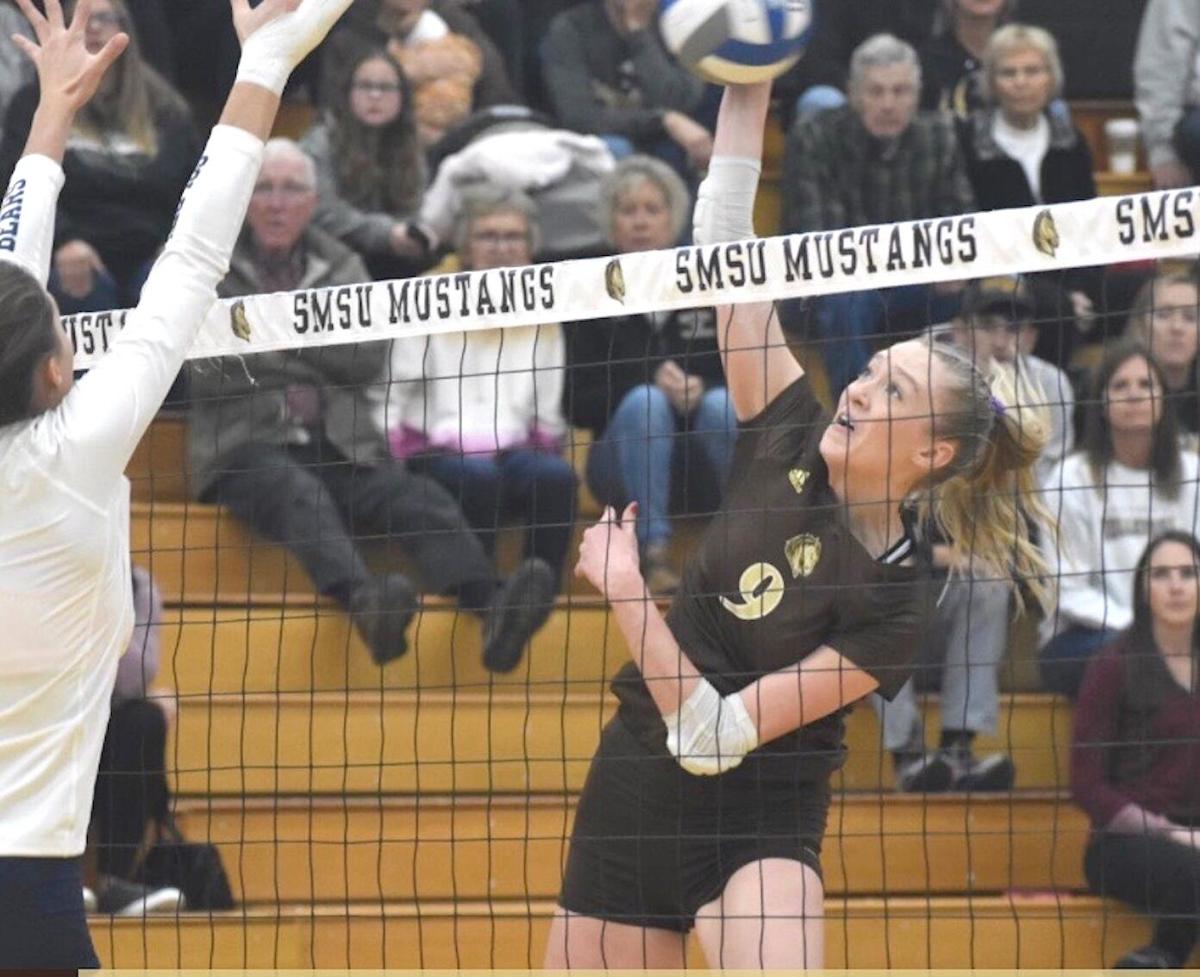 Meg Schmidt, a 2018 Jordan High School graduated, was named first-team All- Northern Sun Intercollegiate Conference this past season for the Southwest State University in Marshall. 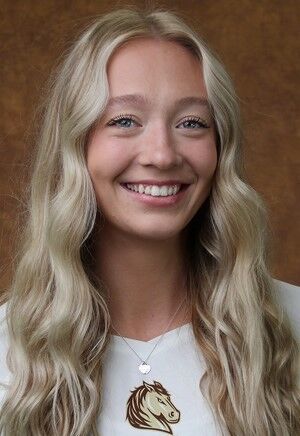 The 2018 Jordan High School graduate was named first-team All-Northern Sun Intercollegiate Conference for her play this season for the Mustangs. The 6-foot-1 outside hitter was second on the team in kills in the regular season with 336.

Schmidt, a junior, was one of three Mustangs to earn all-conference honors, joining senior Angela Young (a team-best 422 kills) on the first team. Senior Payton Hjerleid made the second team.

Schmidt helped Southwest State to a 21-7 overall record in the regular season, including 13-7 in the NSIC. The Mustangs open the conference tournament Oct. 18 against St. Cloud State.

The NCAA Division II Championships are scheduled for Dec. 9-11 in Tampa, Florida. The last time Southwest State made the tournament was in 2018 in Schmidt’s freshman season.

Schmidt had an impact in her first season with the Mustangs, finishing third on the team in kills with 263 and in blocks with 66. The team lost in five sets to Concordia, St. Paul in the NCAA regional.

In her sophomore season, Schmidt finished second on the team in kills with 328, earning second-team All-NSIC honors. She helped the team to an 18-10 overall mark (12-8 in the NSIC).

Last fall, the Mustangs’ season was wiped out due to the COVID-19 pandemic.

This year would have been Schmidt’s senior season. But instead, she got that year of eligibility back due to the pandemic, so she will be around one more season.

Only 15 players have reached 1,000 career kills in Southwest State program history. Young reached that milestone this fall for the Mustangs.

A long postseason run could get Schmidt there as well by season’s end. But next year, if she gets around 350 kills, that would put Schmidt into the top 10 all-time in kills for the Mustangs.

Schmidt’s .313 kill percentage in the regular season was second on the team with players with at least 100 attack attempts. She also had 32 service aces, which was third on the team, and her 63 blocks were second.

At Jordan, Schmidt, a sports management major at Southwest State, was selected to the Class 2A All-State team by Minnesota Volleyball Coaches Association in her senior year. She was all-state honorable mention as a junior.

Schmidt was also a two-time All-Minnesota River Conference selection. She was a four-year letterwinner at Jordan and was voted team MVP in her senior year with a team-best 410 kills.

Schmidt finished her career with the Jaguars with 958 kills and 251 blocks.