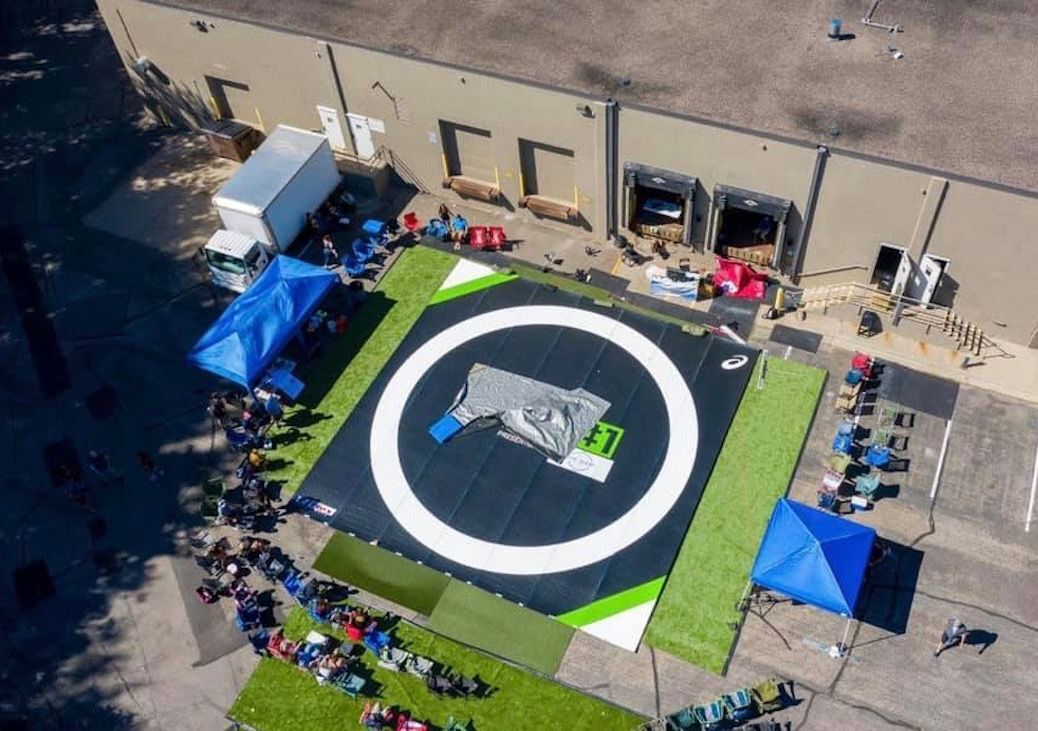 A view of the mat for the inaugural Minnesota #1s wrestling event Aug. 29 held outside at The Shop — Performance Training Center in Minnetonka. 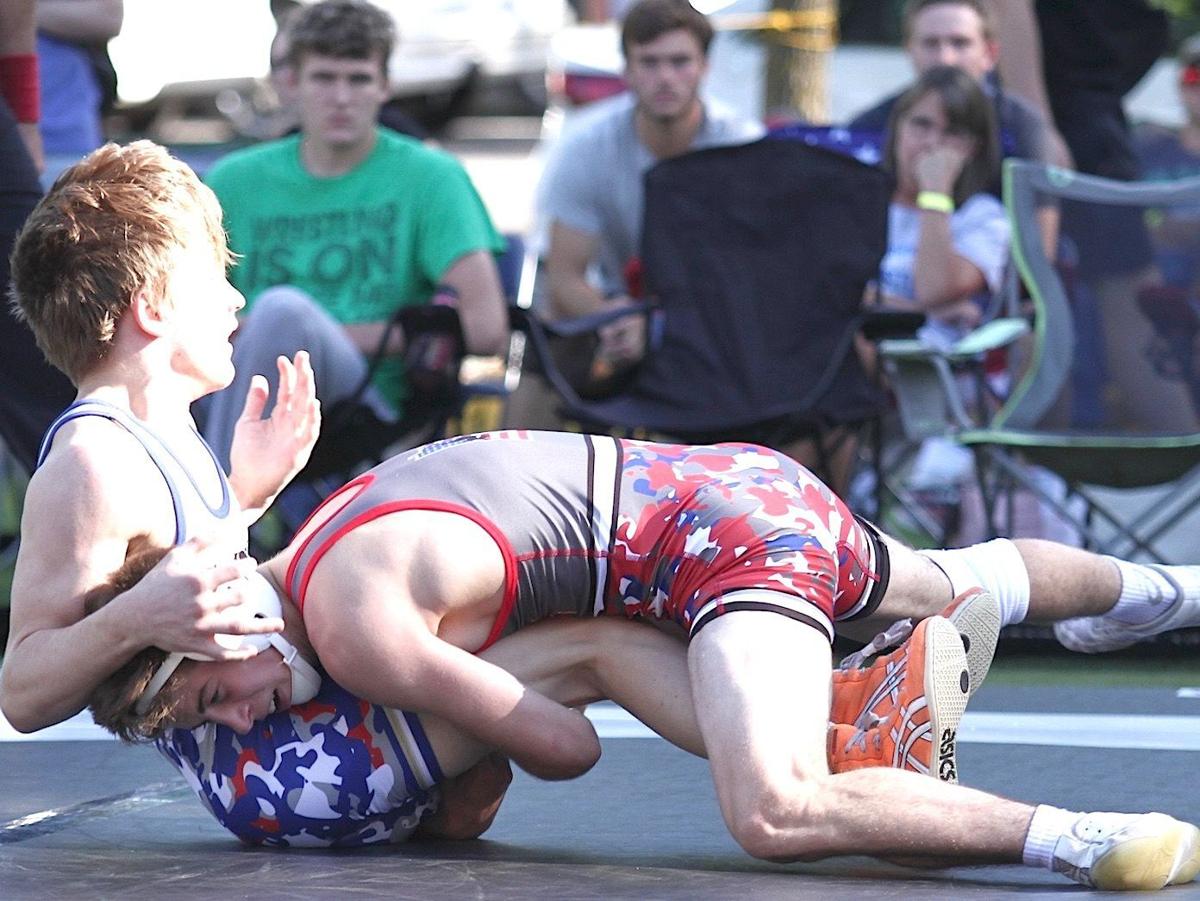 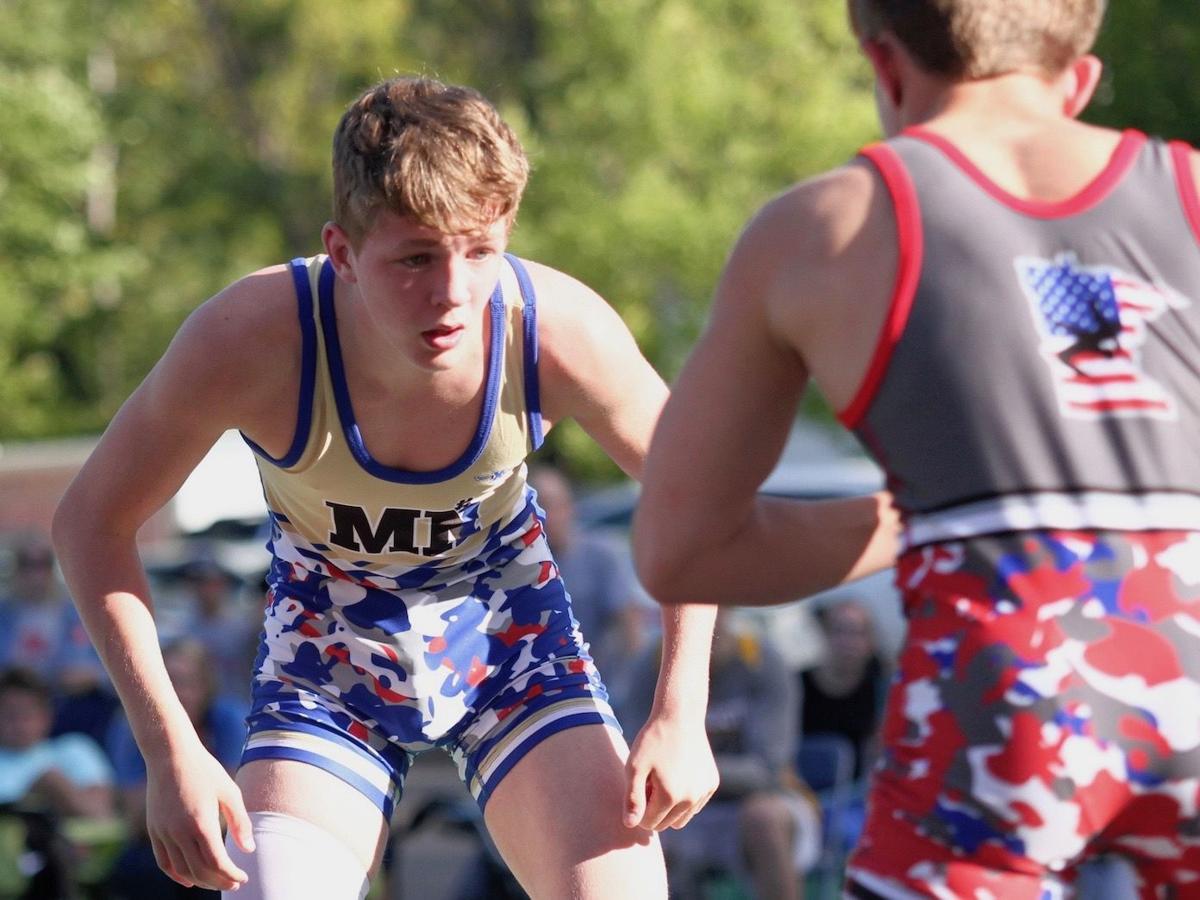 Prior Lake sophomore Alan Koehler earned a 3-1 decision over Logan Swensen of Wayzata in the inaugural Minnesota #1s event Aug. 29 at The Shop — Performance Training Center in Minnetonka.

A view of the mat for the inaugural Minnesota #1s wrestling event Aug. 29 held outside at The Shop — Performance Training Center in Minnetonka.

Prior Lake sophomore Alan Koehler earned a 3-1 decision over Logan Swensen of Wayzata in the inaugural Minnesota #1s event Aug. 29 at The Shop — Performance Training Center in Minnetonka.

It’s been a tough summer on the mat for wrestlers of all ages due to the coronavirus pandemic.

Nick Lyden, president of Minnesota/USA Wrestling said watching many events and opportunities get canceled since mid-March has been a “gut-wrenching experience,” adding sports like wrestling provide numerous mental and physical benefits to kids and teenagers.

“I’m personally worried by the opportunities lost and those we may lose in the future,” he said.

Thirty-four wrestlers had an opportunity to get on the mat Aug. 29. The inaugural event called Minnesota #1s was a 17-match dual featuring some of the state’s top wrestlers who are still in high school.

The event was outdoors in the back parking lot area of The Shop — Performance Center Training in Minnetonka. It was collaborative effort to find 34 wrestlers to compete since many wrestlers have not been able to train most of the summer to their normal standards.

Track Wrestling live-streamed the event because attendance had to be limited due to COVID-19.

Minnesota/USA Wrestling and The Guillotine helped promote it, along with many other top wrestling clubs in the state.

Shakopee seniors Blake West, and Tommy Johnson competed, as did sophomore Alan Koeler of Prior Lake. Nina Makem of Shakopee was part of two female matches.

There were no specific weights, since those were tough to determine, so athletes were paired based on potential matchups.

West, the 113-pound Class 3A state champion back in March, earned a 5-0 decision over Tyler Wells of Princeton. Koehler, who had 27 wins at 106 pounds for the Lakers last winter, was also a winner in his match, 3-1 over Logan Swensen of Wayzata.

The pandemic has canceled, delayed and trimmed down nearly every sport this summer, including fall sports in the Minnesota State High School League. Football and volleyball were moved to the spring and soccer, cross country, swimming and tennis have a reduced schedule with no playoffs.

The fate of high school wrestling, and other winter activities, will likely be decided Oct. 3 at the MSHSL’s next board of directors meeting.

State youth tournaments for Minnesota/USA Wresting were finished back in early March, but soon after sports all over the country were shutdown. Wrestling is considered a high-risk sport by the Minnesota Department of Health, so returning to action has been a little more difficult than baseball or softball.

Some top summer events were canceled this summer — the Elementary and Middle School Heartland Duals, Minnesota’s freestyle and Greco season, the National Duals for Schoolboys and the Freestyle/Greco National Championships held in Fargo each year.

“Overall, almost every person I have talked to, whether they are an athlete, coach or parent, has expressed a strong desire to get back to the mat now and resume regular practices and competitions,” Lyden said. “We have been working diligently to make this happen.

“A few individuals have expressed some concern and have indicated that their participation may be limited, which is completely understandable and nobody is obviously compelled to participate,” Lyden added. “There has been a great deal of frustration as well stemming from the fact that almost every neighboring state has had far fewer restrictions, so many individuals who have wanted to engage in sports have been forced at times to drive to a neighboring state to practice or compete.”

Lyden said Minnesota wrestling has the capability to deal with the pandemic. The sport already conducts medical checks prior to events to check for skin issues.

USA Wrestling also has two separate guidelines for returning to the practice mat and then events. It has establish parameters for state organizations to operate under and requires compliance with any state or local guidelines.

Based on Minnesota’s COVID-19 Sports Guidance for Youth and Adults, wrestling is in Phase 4 of the Return to the Mat Guidelines. That allows for traditional contact practices and events to be held with certain restrictions.

Lyden said being part of a wrestling team has numerous benefits. It’s shown to help kids do better in school, stay away from controlled substances and promote character building.

“The sport of wrestling is often misconstrued and misunderstood, but at its essence it is you versus another opponent, and in preparing for that competition you begin to understand what dedication, perseverance, triumph, failure, humility, self resilience, and hard work really are and you emerge a changed individual,” Lyden added.

“We are striving to make sure these valuable life lessons continue to be available through our great sport despite the negative situation we are currently in.”