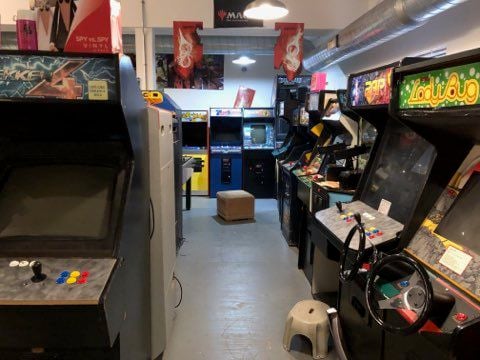 Zap Arcade is a hidden-gem 1980s-themed arcade in downtown Jordan. 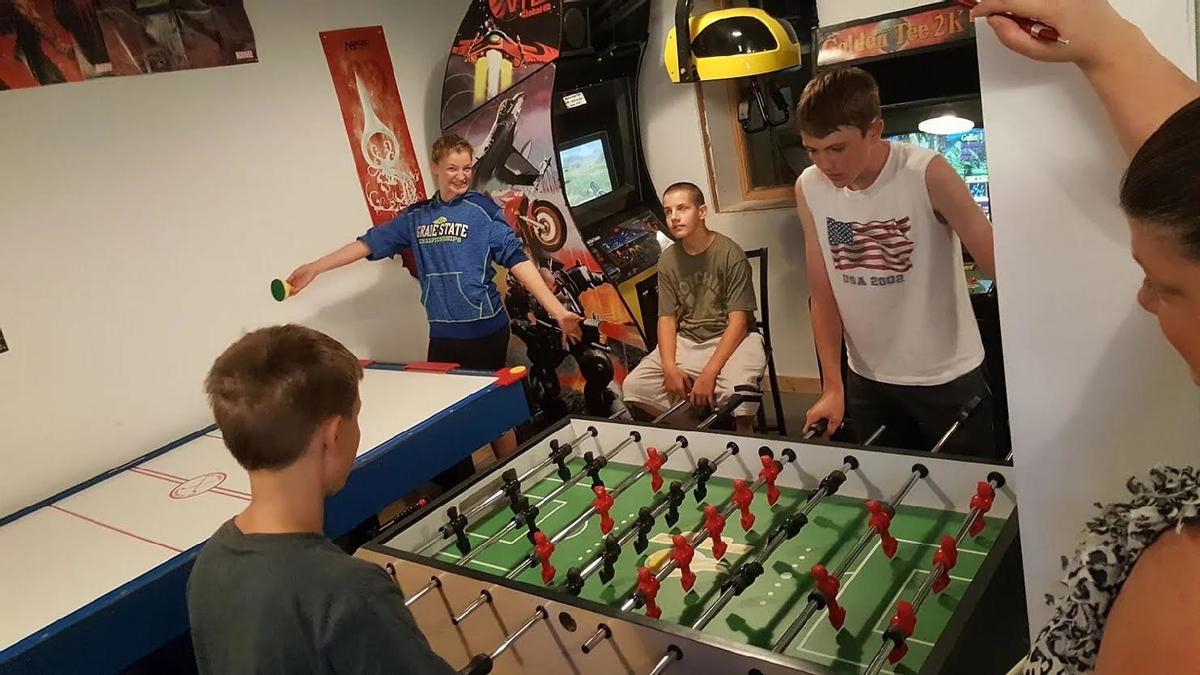 In addition to arcade games, Zap features a foosball table.

Zap Arcade is a hidden-gem 1980s-themed arcade in downtown Jordan.

In addition to arcade games, Zap features a foosball table.

Beau Jorgensen has been collecting old arcade games for at least a decade. They aren’t collecting dust in his basement, though — they’re on display at his downtown Jordan business, Zap Arcade.

This hidden gem is a 1980s-themed arcade that thrives on nostalgia and good, old-fashioned fun. Touting itself as “the place to relive the time of your life— or beat your dad’s high scores,” Zap Arcade has something for all ages to enjoy.

For the cost of just $7 per person, you’ll get unlimited access to games inside the store. There’s only one game you’ll need an extra quarter to operate.

There are two parts to the store. The retail section features tradable card games like Pokémon and Magic the Gathering, and other game-related collectibles.

The main attraction is the arcade side, where folks of all ages play a variety of games from the 1980s to present day. It features a wide variety of games like the more well-known Ms. Pac-Man and Mario Bros, to Double Dragon, Contra, POW and more. You can also play pinball on two machines, or a rousing game of foosball.

In the back of the store, there’s a console lounge set up with multiple controllers where folks can play Guitar Hero, Sega Genesis, Wii and more. The games in the console lounge are changed out regularly, Jorgensen said, so you should check back to see if your favorite is available.

Jorgensen said he hopes it’s a fun place where people feel comfortable for a few hours.

“I promote happiness and a safe place to hang out,” he said.

Since then, he’s expanded the selection, but kept the original heart of the business — providing a fun, relaxing environment to take it easy for an afternoon at an affordable price.

Having grown up in the 1980s himself, Jorgensen drew on his own childhood memories to inspire the theme of the store.

“They had all the best stuff,” he says.

Some of the machines in his store are rare and increasingly difficult to find. Jorgensen has built up his collection over the years and now proudly displays it for game enthusiasts of all ages.

Jorgensen says for him, one of the best parts of doing business every day is seeing the reaction on customers’ faces when they walk into the store and are transported to a different era.

“I think the ‘awe factor’ is the biggest thing,” Jorgenson said.

The special “Twilight Hour“ pass, from 7-8 p.m. Wednesday through Friday, is only $4.

With a military ID, you can get in for $5 any day.

For a fee, you can also rent out the store for a birthday party, family gathering or other group event.