Two Jordan police interceptors were totaled after a high-speed chase on Dec. 5. 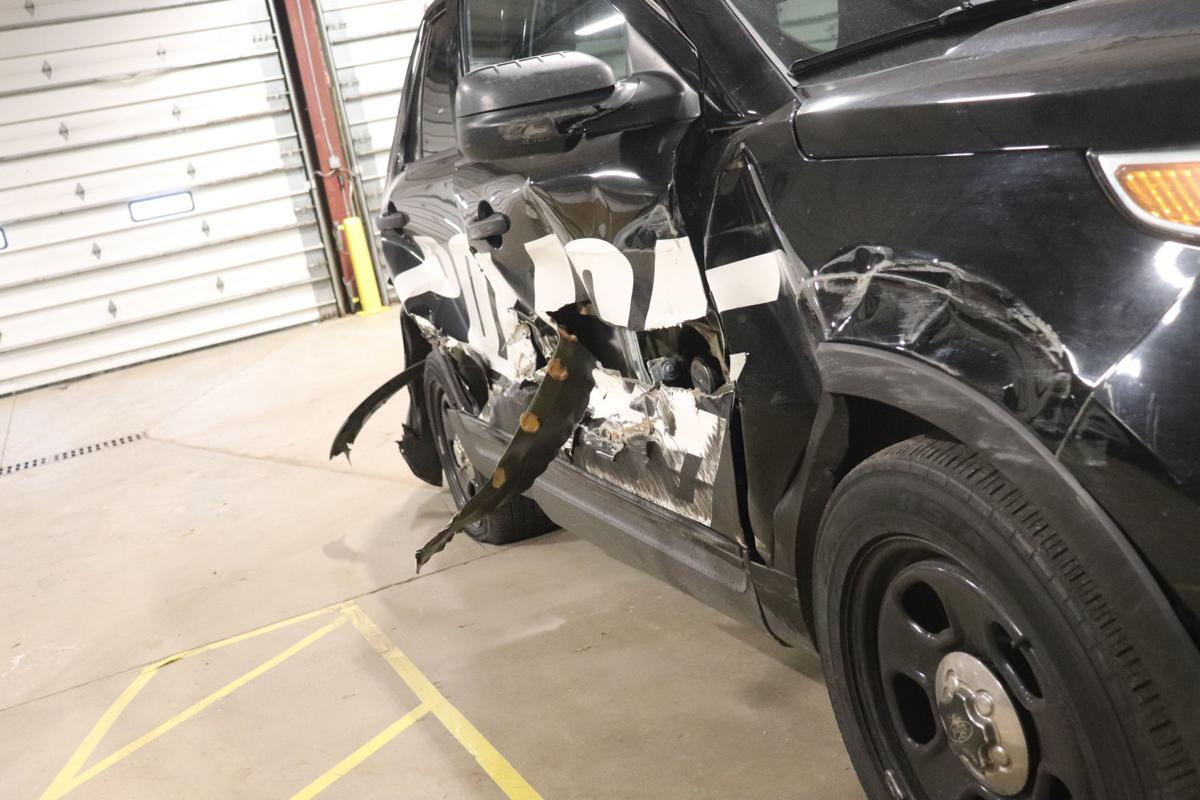 The suspect’s trailer did significant damage to the 2013 Ford Explorer, tearing into the side panels. 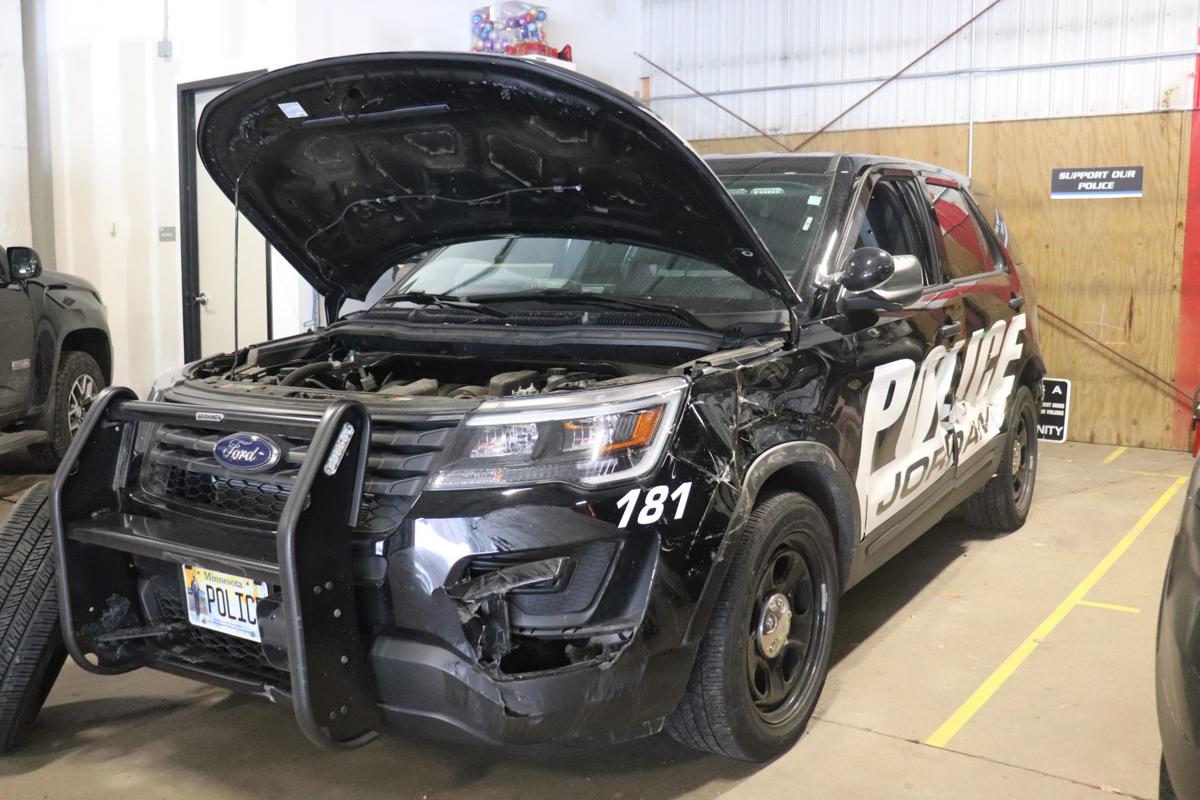 Two Jordan police interceptors were totaled after a high-speed chase on Dec. 5.

Two Jordan Police Department vehicles were totaled in a high-speed car chase that resulted in the arrest of Theodore Sherman Grimm, a 28-year-old Shakopee man who fled police on Highway 169 on Dec. 5.

Grimm, who was driving a 2018 Dodge Ram 2500 with a trailer hauling a skid steer, was the subject of multiple driving complaints on the afternoon of Dec. 5. Jordan police located Grimm’s truck near the intersection of highways 169 and 282 and pursued him down Highway 169 at speeds around 100 mph, according to a criminal complaint.

A 2013 Ford Explorer Interceptor was initially damaged when it was struck by Grimm’s truck after officers briefly brought the chase to a halt. As Grimm continued down Highway 169, officers pursued and decided to force Grimm’s truck and trailer off the road, determining he posed a “grave danger to public safety.” Both police vehicles — 2013 and 2018 Ford Explorers — were totaled as they pinned Grimm’s truck on either side and forced him to stop near Blakeley Trail in Belle Plaine. Grimm’s trailer did significant damage to the 2013 Ford Explorer, tearing into the side panels.

Grimm has been charged with three felonies: fleeing in a motor vehicle, second-degree assault with a dangerous weapon and obstruction of the legal process. Grimm was charged with two gross misdemeanors — fourth-degree assault of a peace officer and obstruction of the legal process — and three misdemeanors: fourth-degree driving while intoxicated, failure to stop for an accident to property and reckless driving.

If convicted of all charges, Grimm faces a maximum of 17 years in prison and $38,000 in fines.