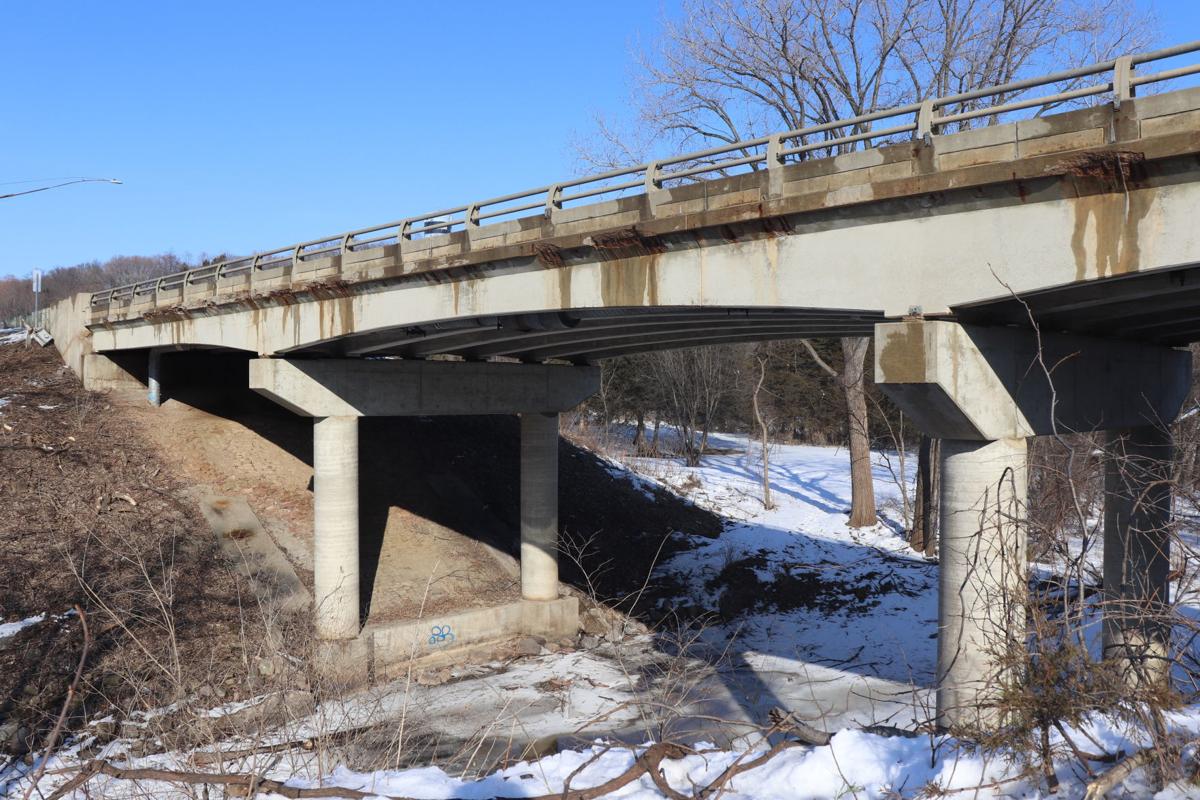 The Highway 21 bridge over Sand Creek will be replaced this year. It was built in 1957. 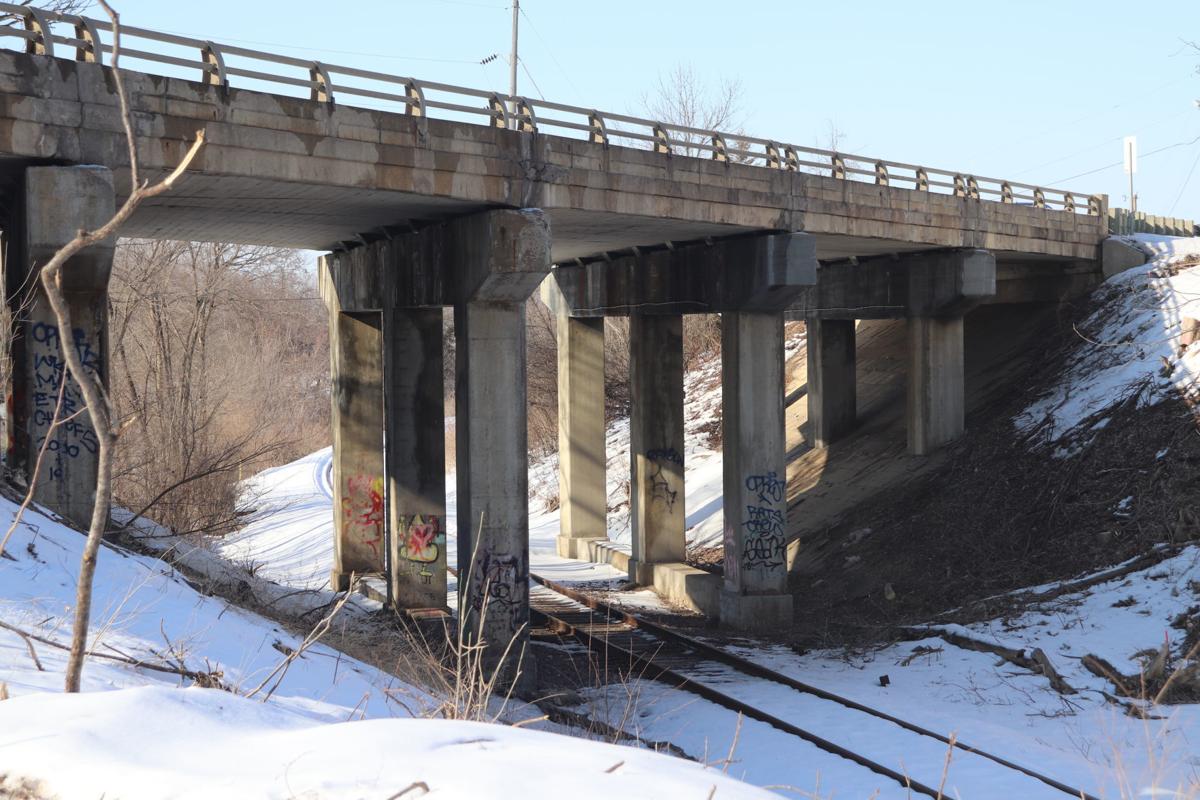 The Highway 21 bridge over the Union Pacific Railroad will be replaced this year. It was built in 1957. 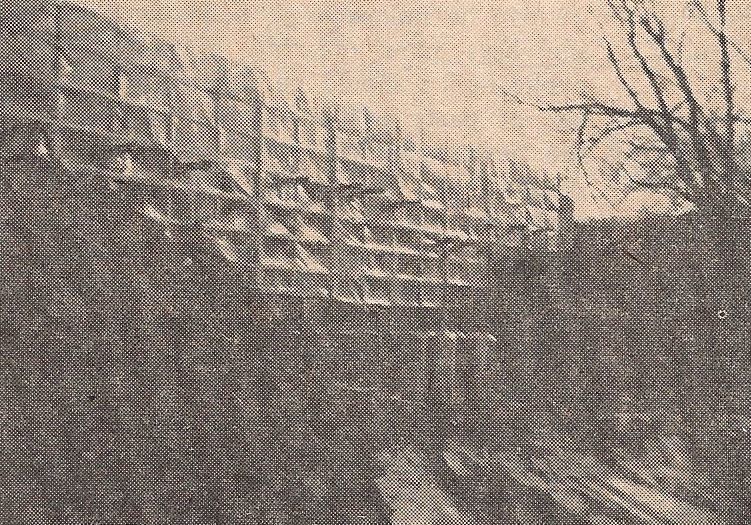 The Sand Creek bridge briefly looked like a modernist building in 1958. The bridge was wrapped in plastic so work could continue throughout the winter. 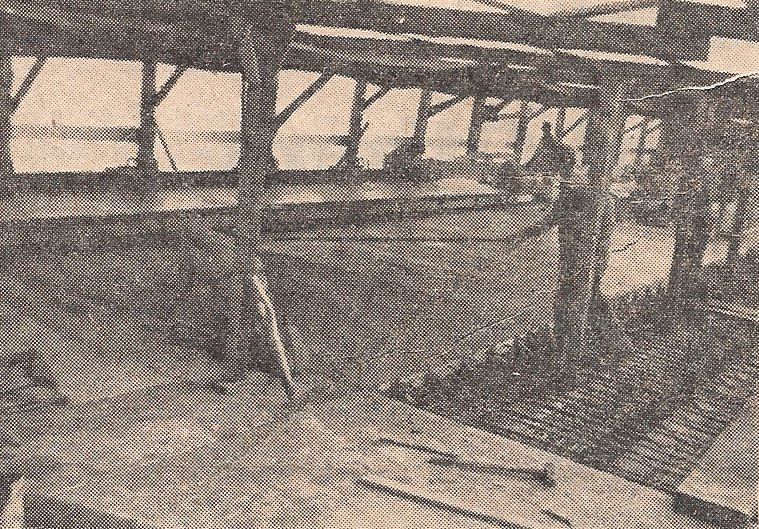 Workers lay a fresh slab of concrete inside the warm and windless confines of the plastic-wrapped bridge in January 1958. 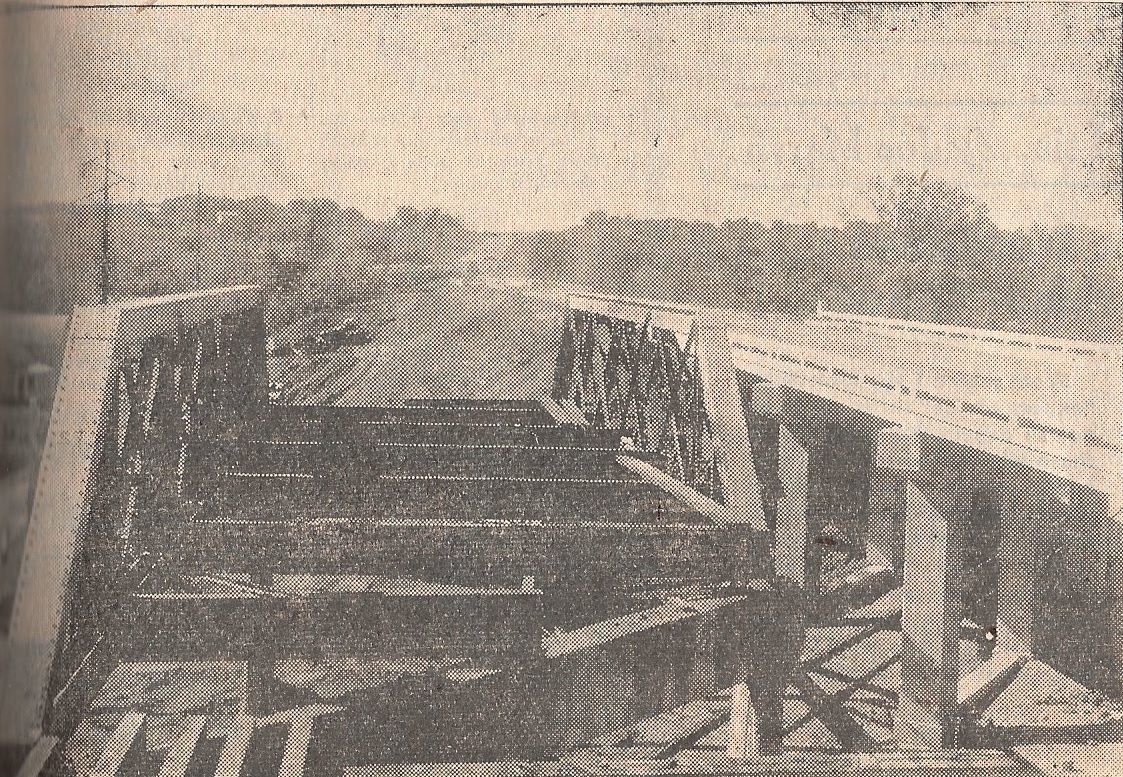 The old Highway 21 bridge over the Union Pacific Railroad shorty before its demolition in 1958. The existing bridge can be seen to the right.

A concept rendering of the new Highway 21 bridge over the Union Pacific Railroad.

A concept rendering of the new Highway 21 bridge over Sand Creek. 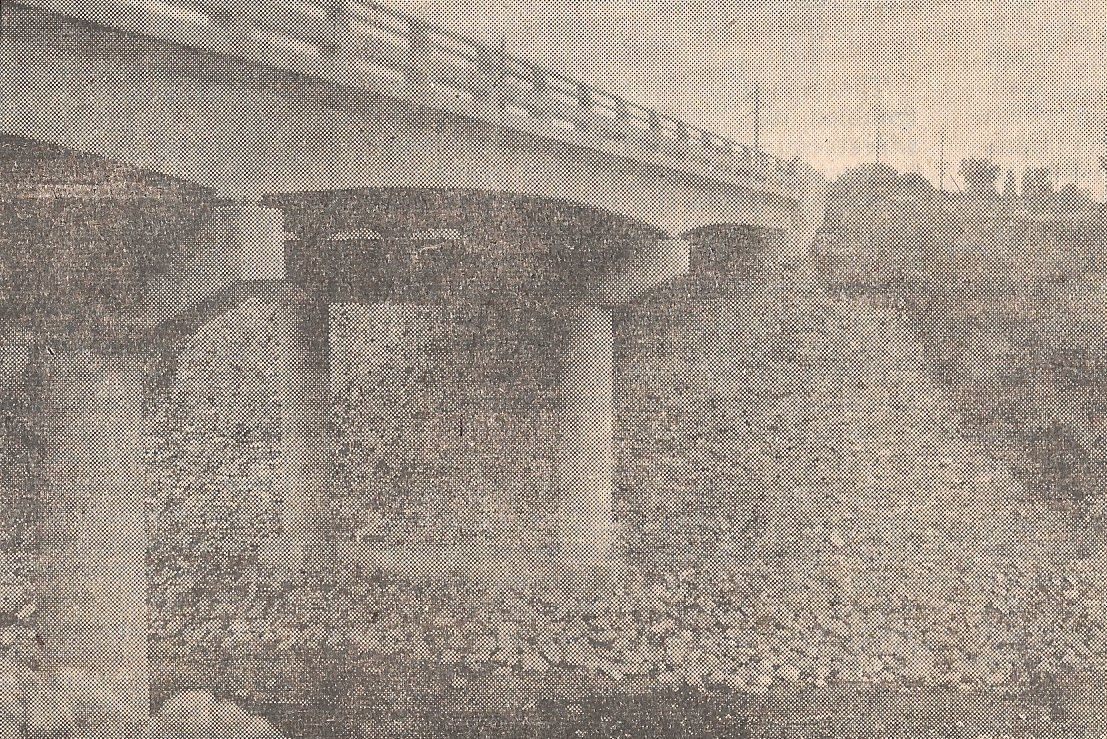 The Highway 21 bridge over Sand Creek shortly after it’s construction in 1958.

The Highway 21 bridge over Sand Creek will be replaced this year. It was built in 1957.

The old Highway 21 bridge over the Union Pacific Railroad shorty before its demolition in 1958. The existing bridge can be seen to the right.

The Minnesota Department of Transportation will build two new bridges along Highway 21 in Jordan this year — that’s a sentence readers in both 2020 and 1957 will have read in the Jordan Independent.

In 1957, bridges were built over Sand Creek and the Union Pacific Railroad in south Jordan as part of a larger Highway 21 reconstruction project. In a couple weeks, MnDOT will begin a project to replace both bridges.

Back in 1957, construction of the bridges took longer than a year, with Jordan seeing significant change during that period — a new mayor was elected, ownership of the Jordan Independent changed hands and the city fully converted to a dial telephone system.

The modern day plan will see a stretch of Highway 21 — from Mill Street to the Sand Creek Bridge — closed between March and November of this year. A detour will create a circular route taking drivers from Highway 21 onto Old Highway 169 all the way to Delaware Avenue, where drivers can access Highway 169 (near the Jordan Supper Club) and return to Highway 282 and Highway 21 — roughly the same detour route used six decades earlier.

Several city officials and residents have expressed little faith in the detour plan and suspect plenty of drivers will cut through Aberdeen Avenue, Hillside Drive and Sunset Drive to avoid it. The detour was the subject of criticism in 1957, too. In September 1957, a group of concerned residents on Varner Street addressed the city council about the “shortcut” being used in front of their houses.

“Motorists and truck drivers have been coming into Jordan by this route rather than using the designated detour which is longer and is intended to carry traffic over Old 169 to an intersection with the new Highway 169 and the J & W Tavern, three miles southwest of Jordan,” the Jordan Independent reported.

In June 1957, a dragline excavator showed up to begin work on the concrete bridge spanning Sand Creek. On the current project, construction is expected to start March 9 on the bridge over the Union Pacific Railroad.

MnDOT representatives said the railroad bridge is being tackled first in order to avoid complications with spring flooding. It may be a lesson they learned from the past, as floodwater inundated 2,500 acres of cropland in Scott County in July 1957 when the Minnesota River crested as construction ramped up on the existing bridge.

Redstone Construction, the contractor for the 2020 project, will build the bridges one at a time, starting with the railroad bridge. The bridges are being built without overlap because four residences located in between the bridges would be entirely cut-off if construction was done simultaneously.

Project Manager Carolyn Adamson said one of the deciding factors in replacing the bridges is the railroad bridge’s outdated design.

“The railroad bridge is a slab span bridge,” Adamson said. “Instead of having beams underneath it, like you see with most highway bridges, this one doesn’t.”

“Some of the changes we see out there are due to the fact that we’re changing from this older technology on bridges to something modern” Adamson added.

The highway will also be raised about three feet to accommodate the thickness of the beam supporting the bridge.

“We have to raise the elevation of the roadway to get the vertical clearance we need around the railroad tracks,” Adamson said.

And on the other end of the project, the Sand Creek bridge has its own set of challenges. The existing bridge is supported by two columns positioned at the shore of the creek — usually. Sand Creek has a volatile shoreline that is prone to flooding.

“That water level fluctuates a lot through the year and that causes a problem for our bridge because it gets into those pier footings and we have to monitor that bridge closely,” Adamson said.

The new construction will remove the support columns entirely and rely on large beams to supporting the bridge, spanning from each bank. Langenbach said the removal of columns could even help with flooding.

“A lot of big chunks of ice were getting caught on those big columns, so to have it clear now from bank to bank — that should help that situation,” Langenbach said.

“These are both really challenging bridges,” Adamson added.

But the existing bridges weren’t built without setbacks. At first, summer work went along well. Heavy equipment was moved in to work on the Sand Creek bridge by the end of July 1957. Road grading was underway at the same time. The bridges were reported to be near completion by November 1957.

“The footings and abutments are in place for both the river bridge and railroad bridge south of Jordan which will be used to carry traffic over the newly constructed route for Highway 21,” the Independent reported in November 1957. “Cement has been poured on the deck of the bridge over Sand Creek and the rigging on it will be removed this week.”

It was said the framework on the structure would be removed in time to make it usable by Jan. 1, 1958 — but that didn’t appear to be the case. The archives don’t detail any cause for delay, but the Independent did report 8 inches of snowfall less than two weeks later.

By February 1958, the bridges were traffic-ready but highway grading and paving had yet to be completed in the spring. Crews were able to work through the winter by wrapping the structure in plastic and heating the enclosure. It took 19,800 square feet of plastic and five gas heaters and electric fans to make the winter work possible.

“It’s warm as a house,” the Independent reported in February 1958.

In the heated confines, the crew poured 350 yards of concrete for the bridge deck. Some 700 yards went into building the entire bridge, along with 50 tons of steel. Ready-mix was trucked in from Shakopee and Minneapolis.

The bridges and highway were open to traffic in July.