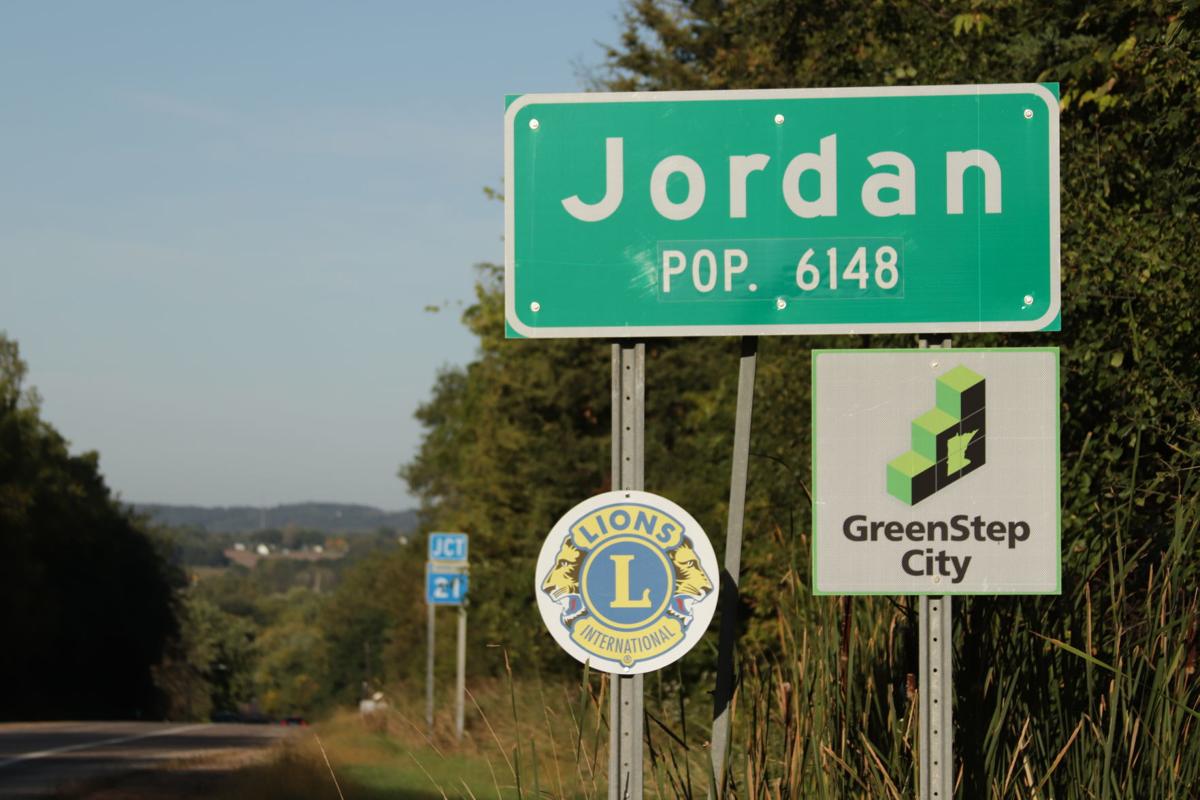 Jordan has been a GreenSteps City since 2015, but what does that mean? 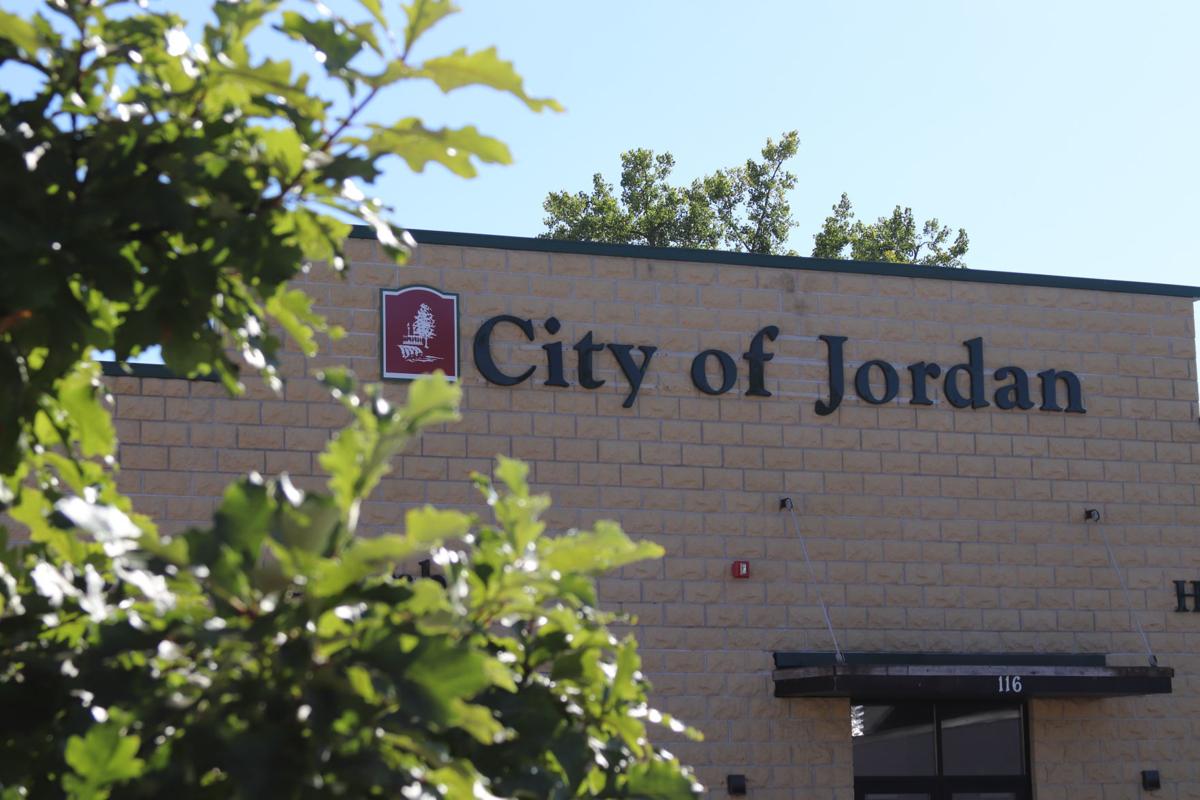 Jordan has been a GreenSteps City since 2015 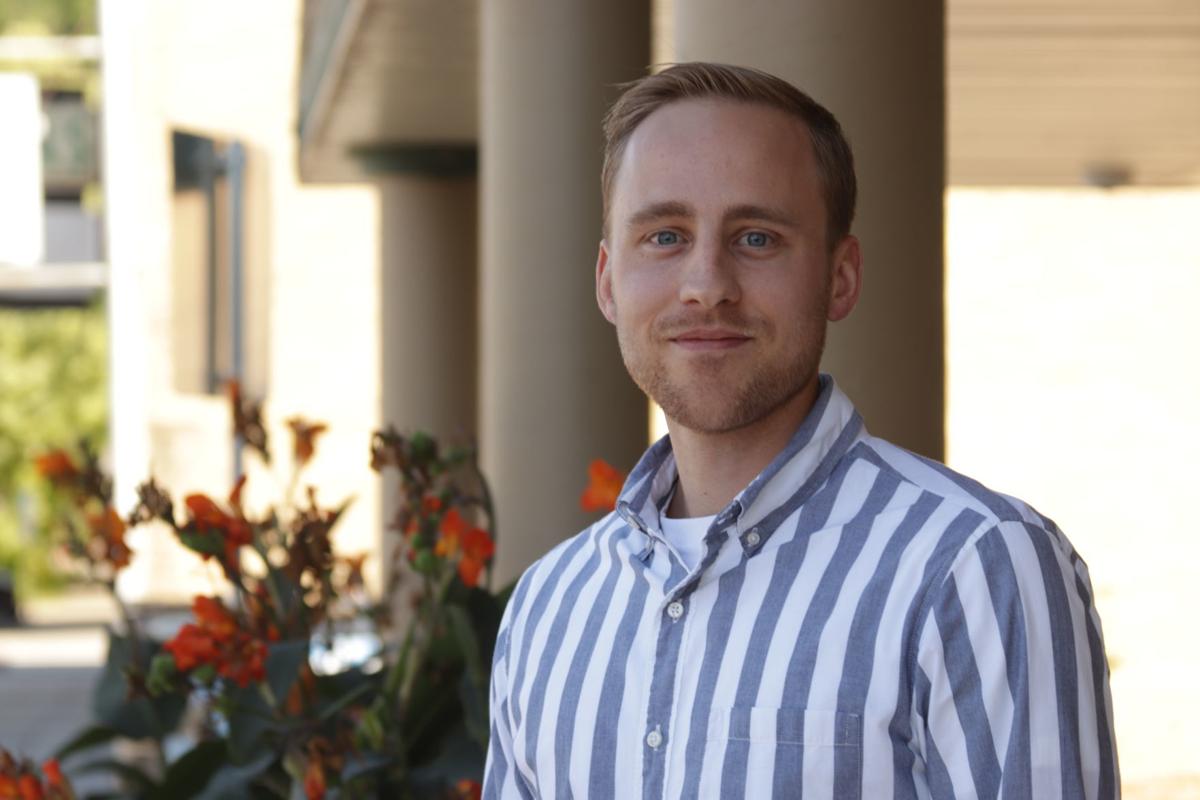 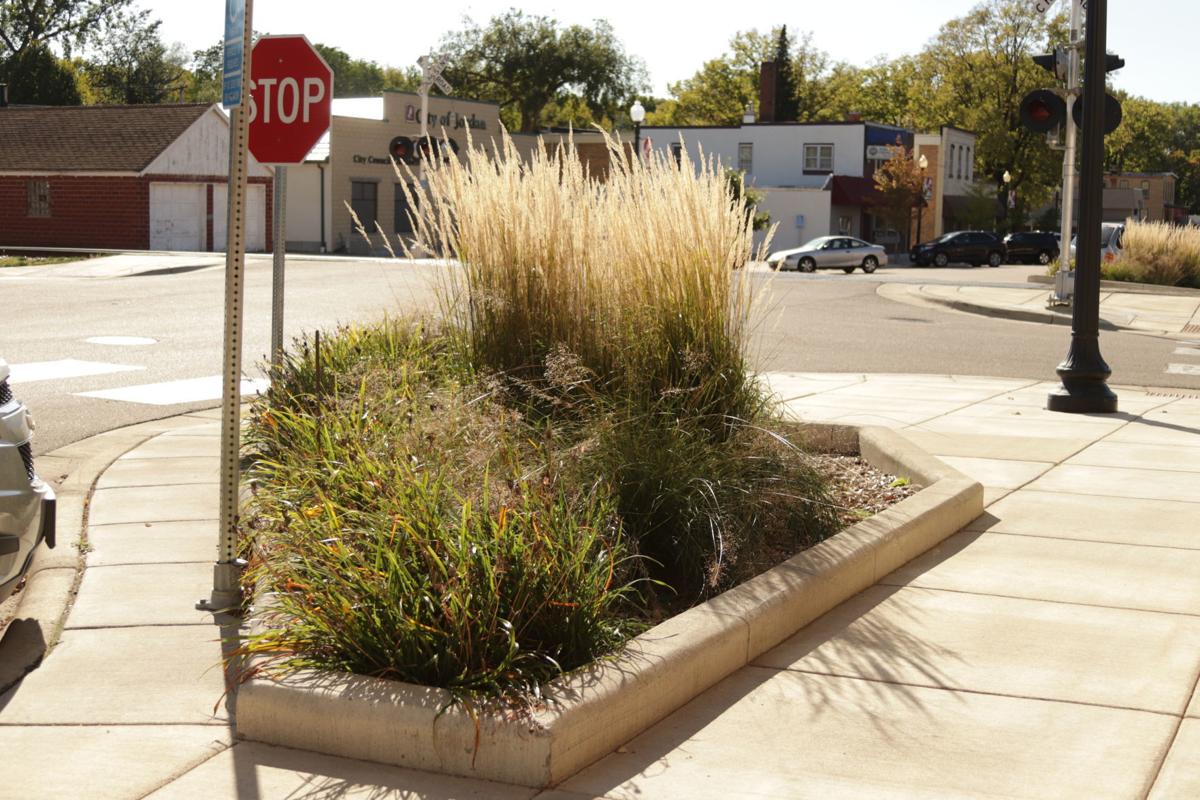 Curbed green sidewalk bulbs, like this one on First Street, are an example of complying with GreenStep practices. 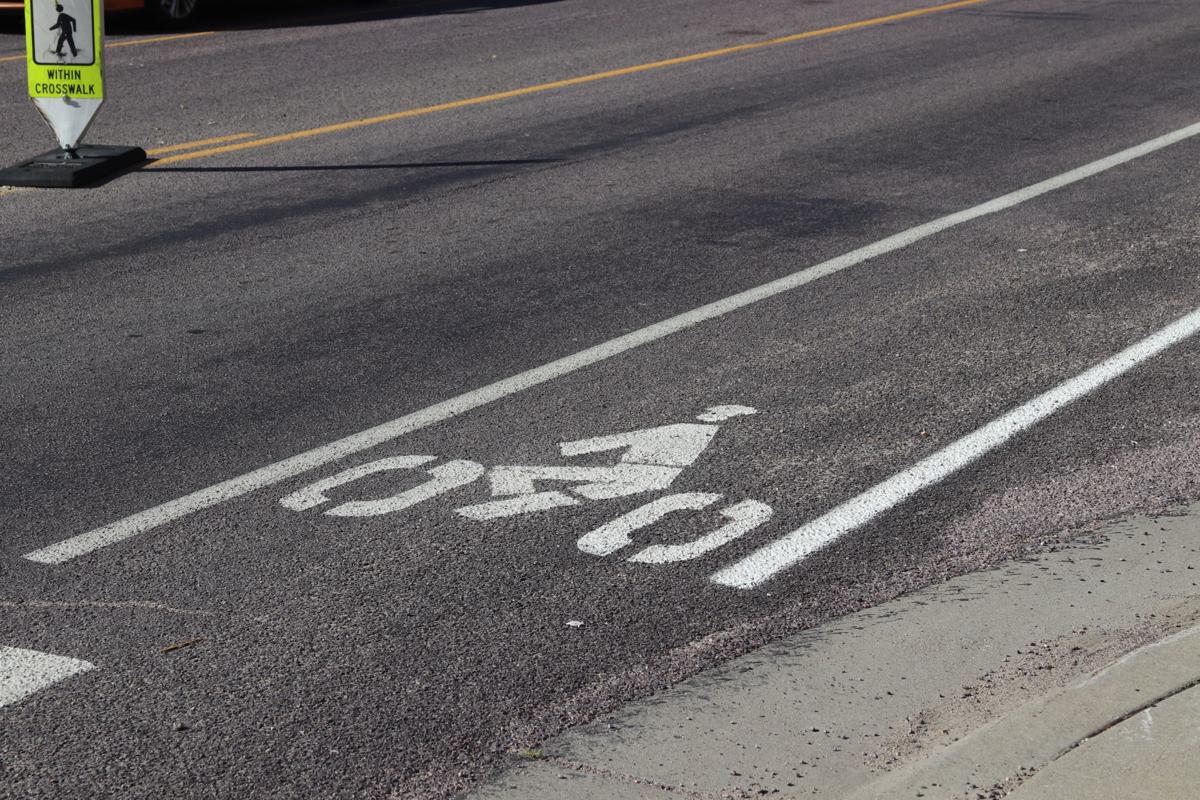 Jordan's downtown reconstruction project established many GreenStep practices, including the addition of a bike lane on Broadway Street.

Jordan has been a GreenSteps City since 2015, but what does that mean?

Jordan has been a GreenSteps City since 2015

Curbed green sidewalk bulbs, like this one on First Street, are an example of complying with GreenStep practices.

Jordan's downtown reconstruction project established many GreenStep practices, including the addition of a bike lane on Broadway Street.

There are little green badges at the bottom of every Jordan city limits sign, quietly announcing to anyone who enters that Jordan is a GreenStep City. They've been there for four years, but what do they mean?

The badges mean Jordan is a member of the Minnesota GreenStep Cities, a voluntary challenge, assistance and recognition program that pushes cities to achieve sustainability and quality of life goals. It's managed by a public-private partnership, which includes Minnesota Pollution Control and the Metropolitan Council.

There are five steps of being a GreenStep City, Jordan City Planner Nathan Fuerst said. The first step is simply adopting a resolution to participate in the program. Jordan did this in 2015.

The field of best practices proposed by GreenSteps is fairly comprehensive, including sustainable goals for transportation, buildings and lighting, land use, environmental management and community development. These practices are tailored to different sized cities and focus on cost savings and energy use reduction while encouraging civic innovation.

The GreenSteps database shows Jordan has completed 19 best practices. Fuerst said most of the practices were guided more by City Hall's desire to improve quality of life than the initiative itself. Some practices even pre-date Jordan's involvement in the initiative.

"Scott Haas, our Public Works Director, implemented a salt brine sprayer onto the plow trucks, which is a lot more efficient and saved the city a lot of salt," Fuerst said.

Shortly after Haas took over the department, he refitted the city's plow fleet to distribute a liquid salt brine solution instead of solid salt relates. Not only is the brine more effective in clearing roads, he said, it also prevents plow drivers from over-salting the road.

"The liquid part of it saves a lot of salt because you see it working," Haas said. "If you see something working, you won’t do it again. If you drive over that road without the liquid and you throw the salt down, and you don’t see it physically doing something, you go and throw more salt down. But with the liquid, it activates the salt before it even hits the ground; the salt pellets are wet and it’s starting to eat the water. If you go through now you see it working and you know you don’t have to put salt there again."

Since 2015, Haas has ordered 200 tons of salt each year — a far cry from the 800 tons the city previously budgeted. By using 600 tons less salt each year, Haas has lightened the department budget and lessened the city’s impact on the environment.

"We're reducing the impact of salt on our local waterways," Fuerst said. "One of the things we're able to do with this program is broadcast the accomplishments we've already made. Scott did that work on those salt trucks not because of this program, but because he took the initiative to do it, but we're able to get recognized for that."

When the city accomplishes a practice, Fuerst submits a report to GreenStep auditors, who assesses and validates the report. Cities are also given a 1-3 star rating on their implementation. Fuerst said one star indicates the city has achieved the bare minimum, while three stars is above and beyond the guidelines.

"It's pretty difficult to get more than one star," he said.

Of the 36 actions the city has taken to achieve best practices, 22 were ranked one star, nine were ranked two stars, and five achieved three star status.

In addition to Haas salt brine, Fuerst said one of the most successful city initiatives has been their promotion of local business. Throughout the week, city hall highlights a local businesses via social media. The green aspect of this work comes in when you consider the effect shopping local has on freight and local transportation.

"We've incorporated a lot of energy efficient lighting and appliances in those buildings," Fuerst said.

The city is also a part of a local solar energy cooperative agreement that supplies the city with 120 percent of their electricity needs. The city is in an agreement with the solar farm for 25 years, which Fuerst said will save the city about $3 million.

"We have a set rate," he said. "We know what our energy is going to cost for the contract, so we're able to save a considerable amount of money by joining the agreement."

Despite the cost savings and sustainability benefits the city has reaped due to adopting GreenSteps practices, there are some GreenSteps critics who claim the initiative promotes increased zoning restrictions, constricting development, and raises cost of living.

If those critiques pan out in the future, Fuerst suggested it may be because GreenSteps has turned the city into a better place.

"I think a lot of the best practices for the GreenSteps initiative is to promote quality of life, which I think a lot of people applaud," he said. "Providing park space and green space for residents, trails to use and all that — those are all good things for the GreenSteps program, but they're also really positive quality of life goals the city has."

The next step for Jordan is to establish a baseline measurement and asses how the city is dealing is meeting sustainability goals. The fifth step is showing improvement on those key measurements.

Feudist said the city is in the process of completing assessments for Step 4.

"It takes a lot of work for us to measure what they want us to measure," he said. "For example, the gas mileage of a city fleet — we haven't really measured that before."

The annual reporting period for GreenSteps is in May, so city staffers are working to complete the assessments one the winter. GreenSteps advancements and awards are announced every June. A list of Jordan's GreenSteps accomplishments can be found at www.JordanMN.gov

City of Plymouth decides against enrolling in GreenStep Cities program

PLYMOUTH — After an embroiled conversation followed by several months of silence, the Plymouth City Council has decided not to enroll the city…