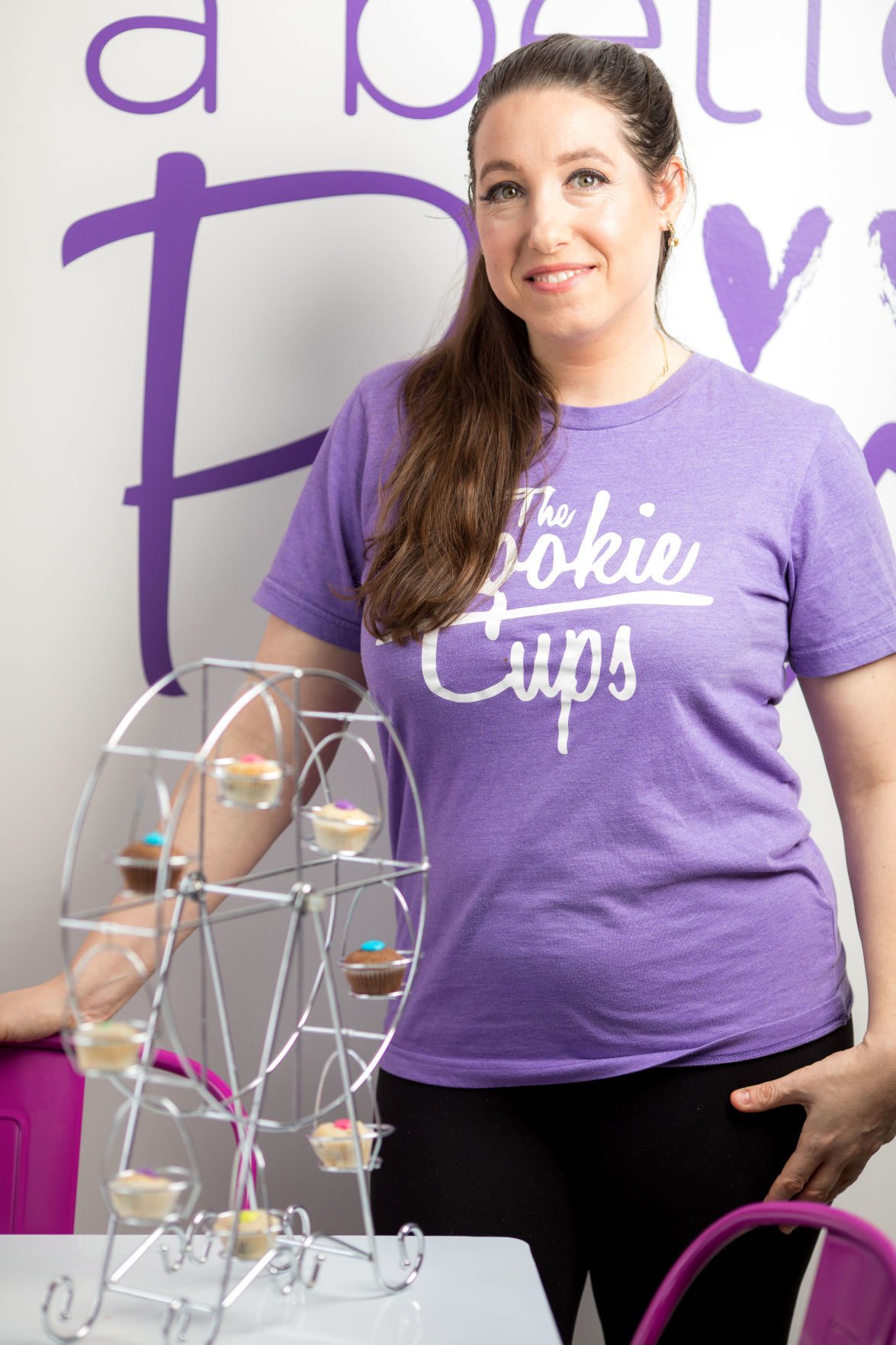 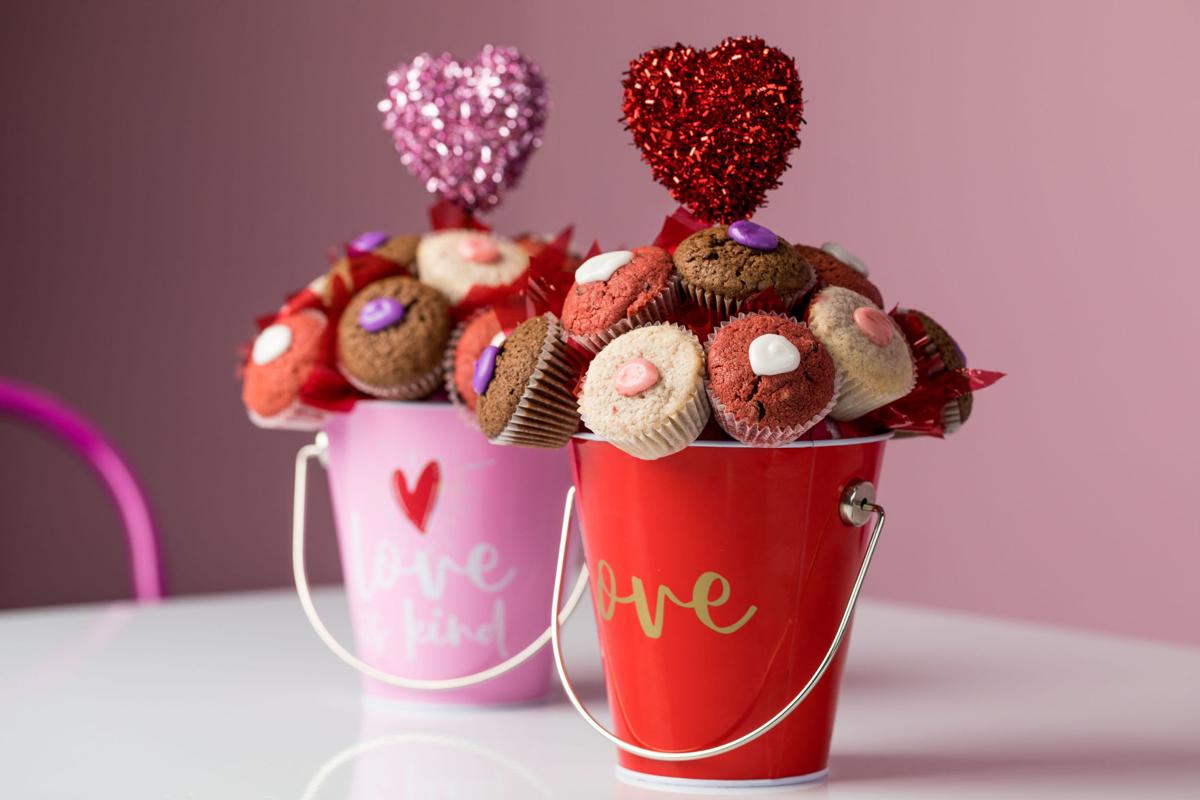 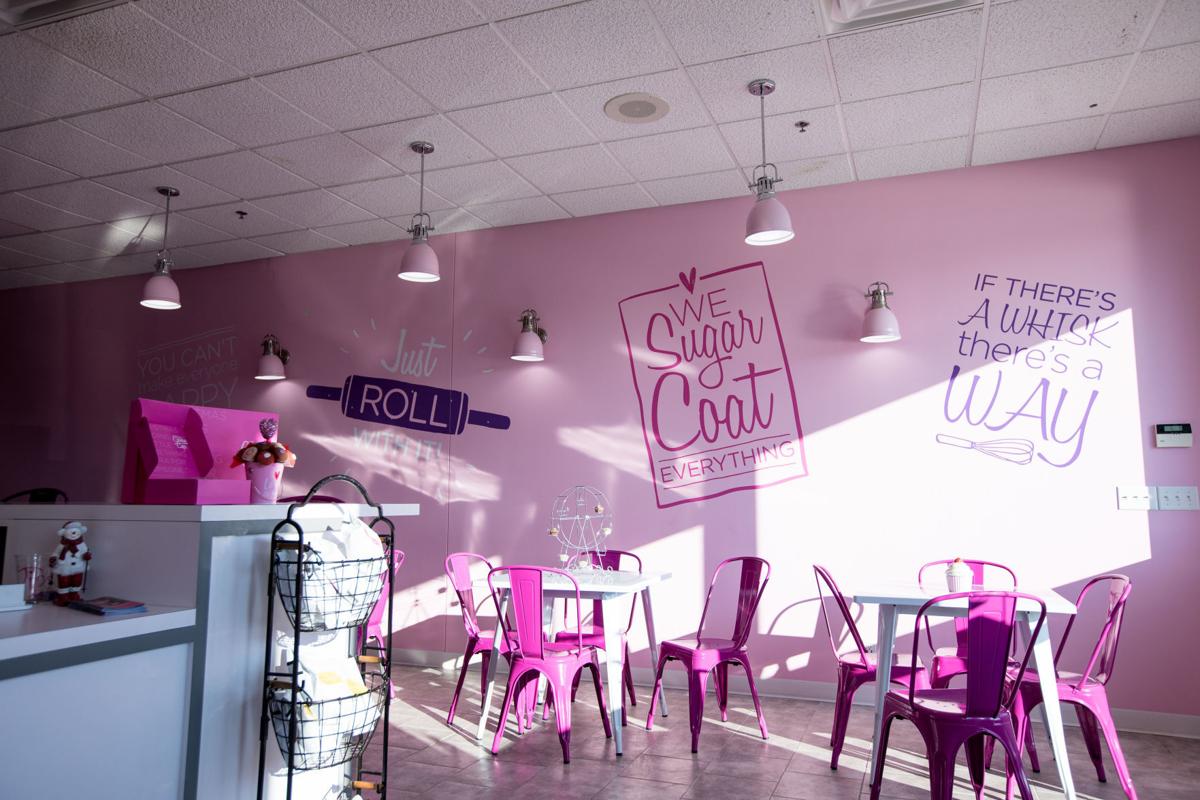 NAVARRE — One day a few years ago, Mound resident Nicole Pomije was making chocolate chip cookies for her father-in-law but hit a snag — she didn’t have a baking sheet.

“I just used a muffin pan and out came the cutest idea ever,” Pomije told Lakeshore Weekly News.

The cookies, shaped like mini cupcakes, were a hit among her family, and her back-up plan led to the creation of her business, The Cookie Cups.

In the summer of 2015, Pomije, who works in public relations and marketing, started selling her Cookie Cups at the Minnetonka Farmers Market as a side hobby.

“People really liked it. It was really well received. We would sell out more often than not, and I just kept on trucking,” Pomije said.

The Cookie Cups come in all kinds of flavors, like red velvet, strawberry, cookies and cream. Pomije’s favorite is banana chocolate chunks because she can eat it for breakfast or dessert.

The success of Cookie Cups led her to open a bakery, and this spring she’s celebrating two years at her first brick-and-mortar store and about five years in business. Pomije and her team are planning a two-year anniversary party on April 11, where they’ll share new recipes and celebrate the business’s accomplishments.

FROM NAVARRE TO CHANHASSEN

Pomije opened her store at 3412 Shoreline Drive in Navarre in 2018 after she and her husband moved to Mound. They were doing a lot of driving back and forth to farmer’s markets, the Renaissance Festival and other marketplaces to sell Cookie Cups, and when she saw the storefront along Shoreline Drive, she thought it would make a great spot for a bakery (after some remodeling).

When the storefront opened, Pomije took some time to figure out how the bakery would stay on brand while branching out to other markets, which inspired her to sell savory foods, specifically savory cups, in her bakery. These cups come in a variety of flavors and styles, such as Asian chicken tacos, breakfast frittatas, deep-dish pizza, meat and potato. And of course, they are all in the shape of a mini cupcake.

“The sky’s the limit,” Pomije said. “You can do anything in a cupcake tin.”

It’s been exciting to see the company grow, Pomije said. When she opened in Navarre, she had only two or three part-time employees. Today, the store employs seven people.

And it has grown even more. This past October, Pomije expanded her business by opening a second location in Chanhassen, at 600 Market St., Suite 105. She hopes to reach customers in Chanhassen, Chaska and Eden Prairie at the new location.

“That’s our newer, little bit larger location with more cafe seating,” Pomije said. “We’re hoping for a really exciting summer there. It will be our first season in that location for summer.”

The Cookies Cups has taken on another role since opening up its shop in 2018 by adding cooking classes and camps for kids. According to Pomije, these aren’t your ordinary cooking classes — there isn’t any rigid structure; they want you to have fun and get your hands dirty.

The kids camps and classes are all about opening children’s eyes to the world of food, cooking and getting kids to try new foods.

The bakery is working hard to make sure it can stay in business while keeping everyone safe and healthy after Gov. Tim Walz’s March 17 executive order to temporarily close restaurants and bars to dine-in customers in the wake of the COVID-19 global pandemic, Pomije said.

The bakery has set up Uber Eats and DoorDash accounts so those looking to get their hands on Cookie Cups during the temporary closure can find them there.

People can also support the local business by buying a gift certificate online (they’re 10% off). pre-book a party for later this year, pre-book kids camps or cooking classes, or order coffee, which will be shipped to your home.