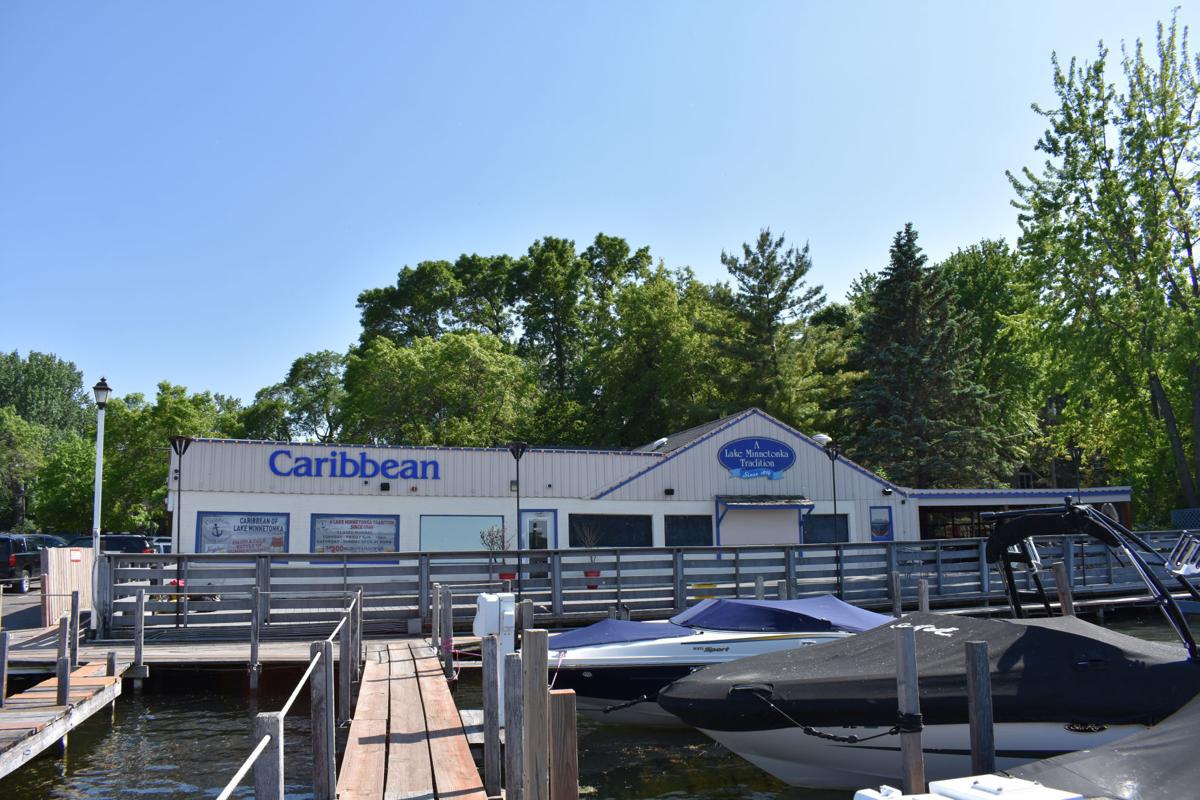 A group of friends recently bought the Caribbean Marina in Tonka Bay. 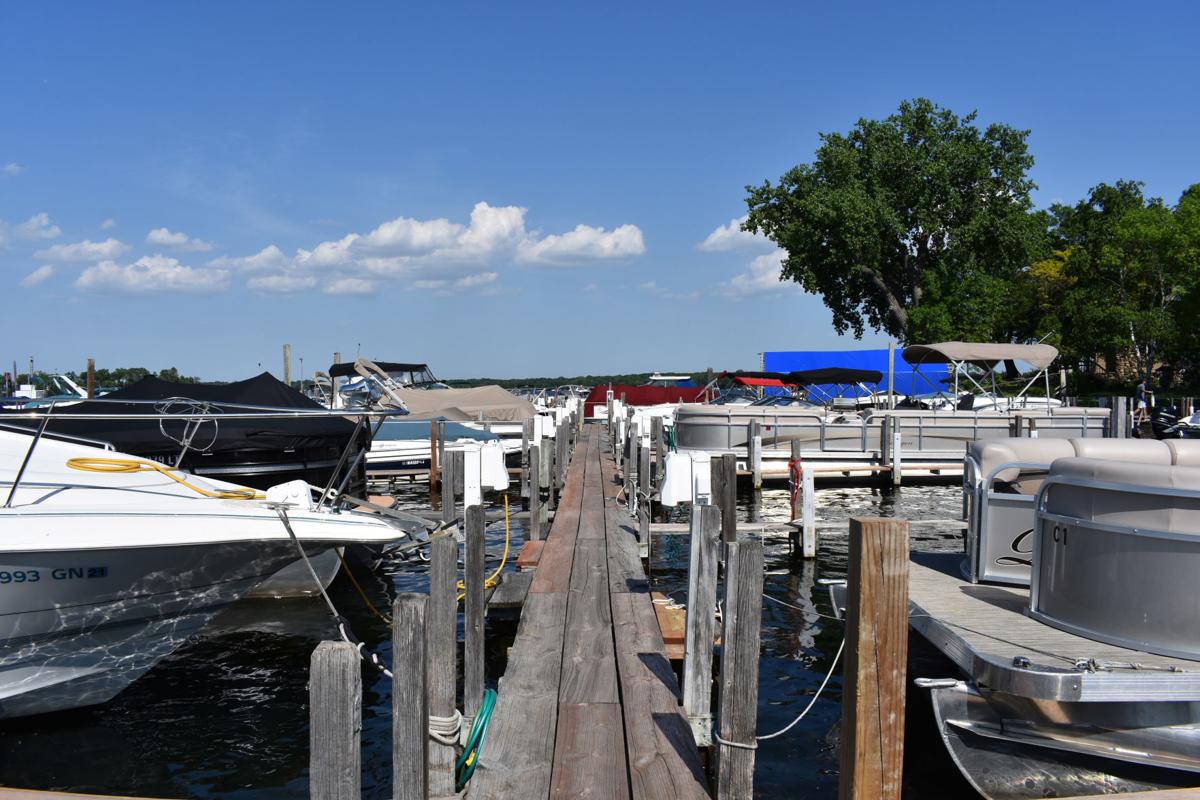 The new owners of the Caribbean plan to upgrade the marina, including the docks.

A group of friends recently bought the Caribbean Marina in Tonka Bay.

The new owners of the Caribbean plan to upgrade the marina, including the docks.

TONKA BAY — Three couples with a passion for boating came together to buy the Caribbean Marina and Restaurant in Tonka Bay earlier this summer.

The couples — Rob and Laura Schatzle, of Spring Park; Dave and Kristin Hemink, of Minnetonka; and Shawn and Kelly Wischmeier, of Tonka Bay — met through mutual friends and when the opportunity presented itself to buy the Caribbean, they jumped at it.

The deal was valued at about $6 million for four parcels of land with the marina, a nearby house and two vacant lots. It closed on May 31, Dave Hemink told Lakeshore Weekly News. The group bought The Caribbean, at 135 Lakeview Ave., from the Koch family, who had owned it since the 1960s. A few years after Gordy Koch, the Caribbean’s proprietor, died in 2015, the family decided to sell.

“I’m excited to bring this property back to being that destination place on the lake,” Dave Hemink said. “It’s going to be a really nice offering on the Lower Lake; a really neat experience for people.”

The new owners have big plans for the business. From offering concierge-level service for boat owners courtesy of the Schatzle’s company, Shakopee-based RSI Marine, to improving the marina’s layout, they hope to make the marina and restaurant a family-friendly destination for boaters on Lake Minnetonka.

“The Caribbean has had a long history on the lake — people who were here at the restaurant, all the fun that used to go on here. They have great memories of coming with their parents, with their grandparents — it’s just this little place on the lake that has this cool, fun following,” Dave Hemink said. “... We want to kind of pick up the value of what those memories have been created as and then bring it forward into today so people can come back and do that again.”

One person who has fond memories of coming to The Caribbean’s restaurant is Rob Schatzle. He grew up in Excelsior and graduated from Minnetonka High School.

“To finally be a part of this and see the transformation of it — to grow this business and our current business — is part of the excitement [of owning the Caribbean],” Rob Schatzle said.

The restaurant is expected to open the week of July 4. It has been closed this season as the new owners awaited proper permits. But when it does open for the summer, restaurant goers can expect “a very similar type of offering” to what the Caribbean had before, Dave Hemink said.

The restaurant will feature upgraded landscaping, expanded dockside services, walk-up ordering at the restaurant and a bike rack, among other changes, he noted.

“The layout of the marina is not optimized for people wanting to come in and use it,” Dave Hemink pointed out as he watched a large boat try to pull up to one of the slips at the Caribbean.

Because of that, the new owners plan to modernize and optimize the 147-slip marina for better boat traffic. They also plan to expand the width of the docks, which are now too skinny for two families to pass each other safely, Dave Hemink said.

The new dock configuration — which could include additional slips — likely won’t happen until next spring, though, as The Caribbean has to get the proper approval from local officials.

Under its new ownership, the marina will continue to offer dockside gas and headpump services for boaters with slips at the marina and for the public, and Tom Jacobs’ Bay-to-Bay Boat Club will still be run from the Caribbean’s property, the new owners said.

But boat owners can expect to see more services aimed at making their lives easier and bring the marina to the “next level,” Rob Schatzle said.

Using RSI’s services, the Caribbean is now a full-service marina where boat owners just have to make one phone call to get their boat fixed, he explained. RSI will come pick up the boat (if repairs can’t be done on the water), transport it to Shakopee to fix it, and bring it back to the boat owner’s slip.

The Caribbean will also offer winterizing and storage, with Dave Hemink noting these services were not “vertically integrated” with the marina under the previous ownership.

“If you provide a great service and sell a great story that starts in the water, because that’s what people are most concerned about — ‘I have a boat I want to be able to get in and out of it, I want it to be safe and then at the end of the year, I just want somebody to take care of it.’ — And now they can do that, it’s vertically integrated. It’s concierge, that’s the best way to describe it, from trailer to trailer, full service, wherever somebody’s boat is stored — we can do that,” he said.

Dave Hemink added that the “huge synergies” between RSI and the Caribbean “really affords us a unique value proposition on the lake” with the restaurant, full-service marina, slips and the boat club.

Laura Schatzle said most of the employees stayed on with the Caribbean when they bought it. Currently, the marina has five employees and once the restaurant gets up and running, they’ll have a steady five to six employees on a given basis, Dave Hemink said.