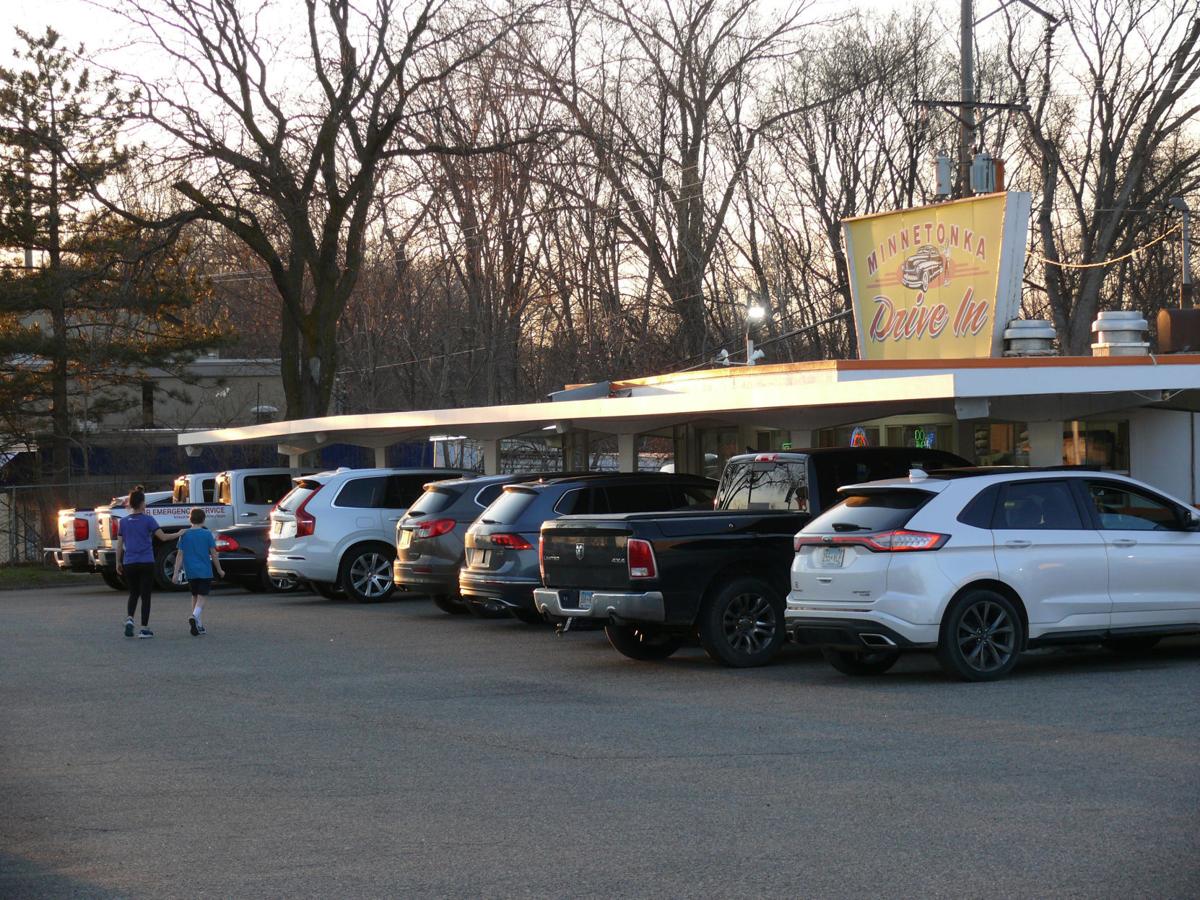 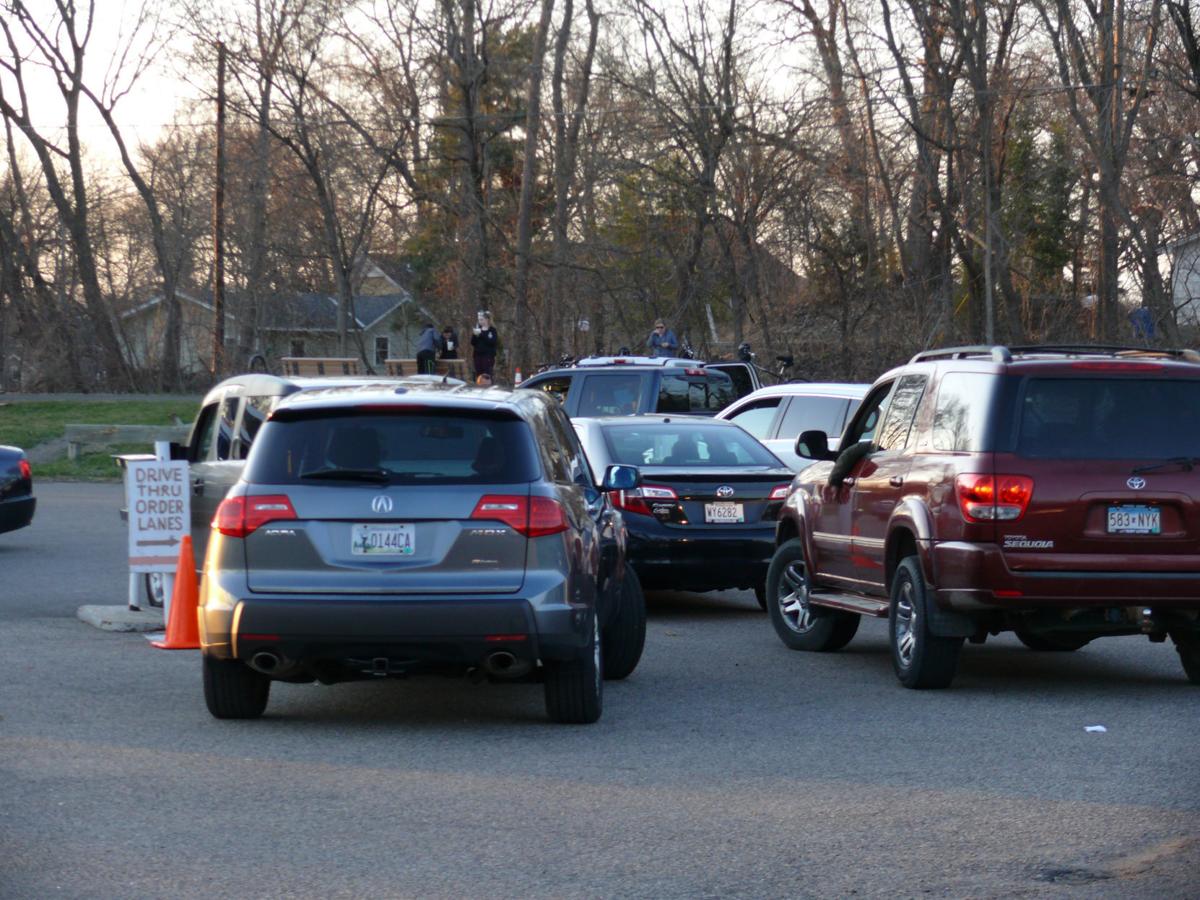 SPRING PARK — Summer is usually a busy time at the Minnetonka Drive-In, but it’s been an especially “crazy” time this spring.

“This place has been in the family for 60 years, but this has just been crazy; crazy busy,” owner Dave Bennyhoff said last week. “It’s just non-stop.”

The drive-in, which does not offer indoor seating, has an ideal arrangement for those wanting to go out to eat during the stay-at-home order, he said.

“You can’t go inside restaurants anywhere to eat because of the virus order, so we are ideally set up,” Bennyhoff said. “Everything our customers do is outside anyway. You can order and pay online, so when you come here, you can just stay in your car and not have contact with anyone.”

Mike Albertson and Jason Gibbons said they come to the popular drive-in on Shoreline Drive in Spring Park an average of three times a week during the summer, especially for the fried chicken and French fries.

“I’ve been here almost every day it’s been open,” Albertson said. “Many times I’ll bring the kids along, just to get out of the house and make them feel like we’re doing something special. We like the food too.”

“It’s one of the few places we can go to get out and eat,” said Gibbons, 37. “Just the idea of saying you are going to a drive-in gets us a little pumped up.”

Bennyhoff said business has boomed since the doors opened the last few days of March. They did as much business in those days as it did last year from the end of February through March.

“Every day we have been doing about two or three days’ worth of business that we normally would have had in the summer,” he said.

The busyness did cause a bit of a stir when someone posted social-distancing concerns online about the number of customers at the drive-in. It caused a large volume of calls to local officials and even a visit from the police, Bennyhoff said.

“We had everything posted, but we can’t control everybody’s life,” he said, adding that staff members were in the parking lot sanitizing items, tables were turned so they could not be used, and staff was reminding people about keeping appropriate distances.

“We are right next to the (Dakota Rail Regional) trail and there were so many, mostly kids, just coming off the trail,” Bennyhoff said. “We are doing the best we can. The police understood and even said they’d been eating here all the time.”

Bennyhoff said the business is in contact with health department officials on an almost daily basis.

“We are so thankful for the loyal customers we have,” he added. “It kind of reminds me of the 60s, when families would come to the drive-in and have their meal in their cars.”

Marco Brunswick, while recently in a long line of vehicles at the Dairy Queen in Navarre, said he and his family are enjoying the “new normal” of going through drive-thrus for meals.

“We usually go to a restaurant and sit down, which has its benefits,” he said. “But the kids like the drive-thrus; getting a meal and eating in the van. We don’t do this very often, so this is a treat. It kind of reminds me of when I was a kid and getting a burger and fries and then taking a big gallon of root beer home.

“I didn’t expect it to be this busy, but I guess people like getting out during this time,” Brunswick said. “I know most businesses are hurting, so it’s nice to see some busy and it’s a way to support them as best we can.”