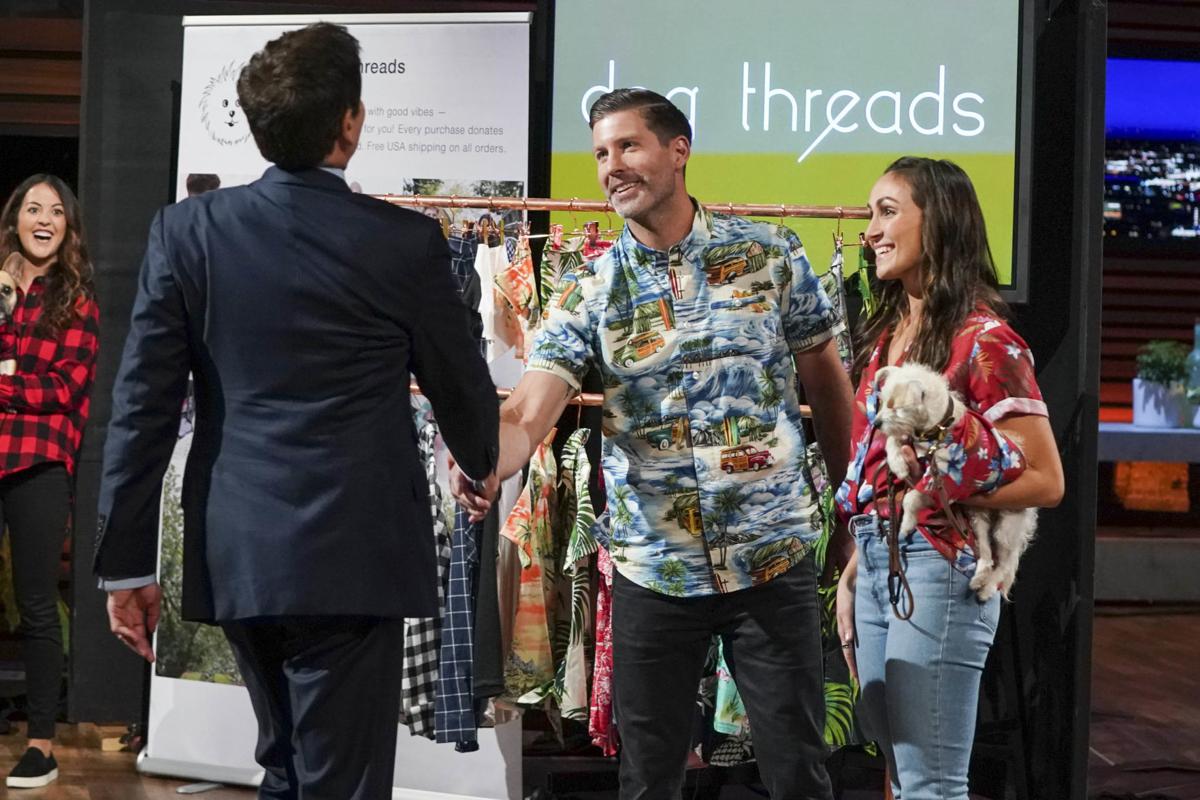 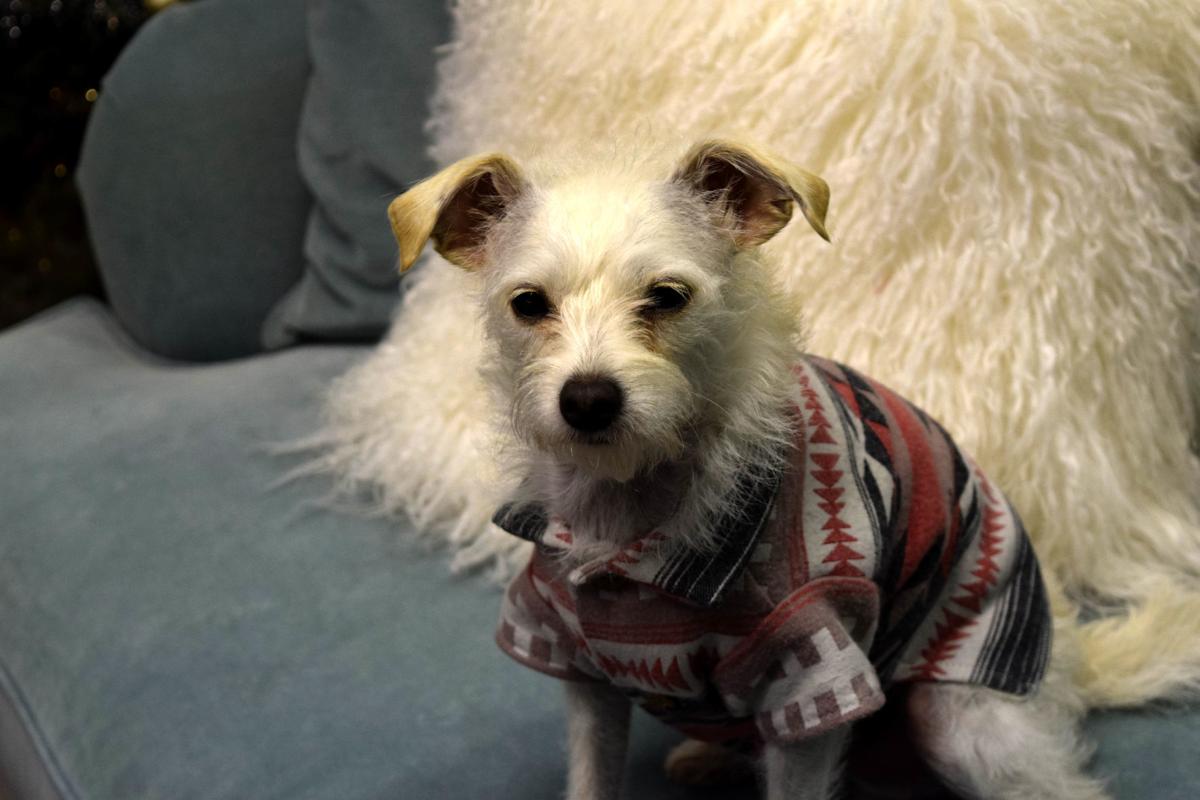 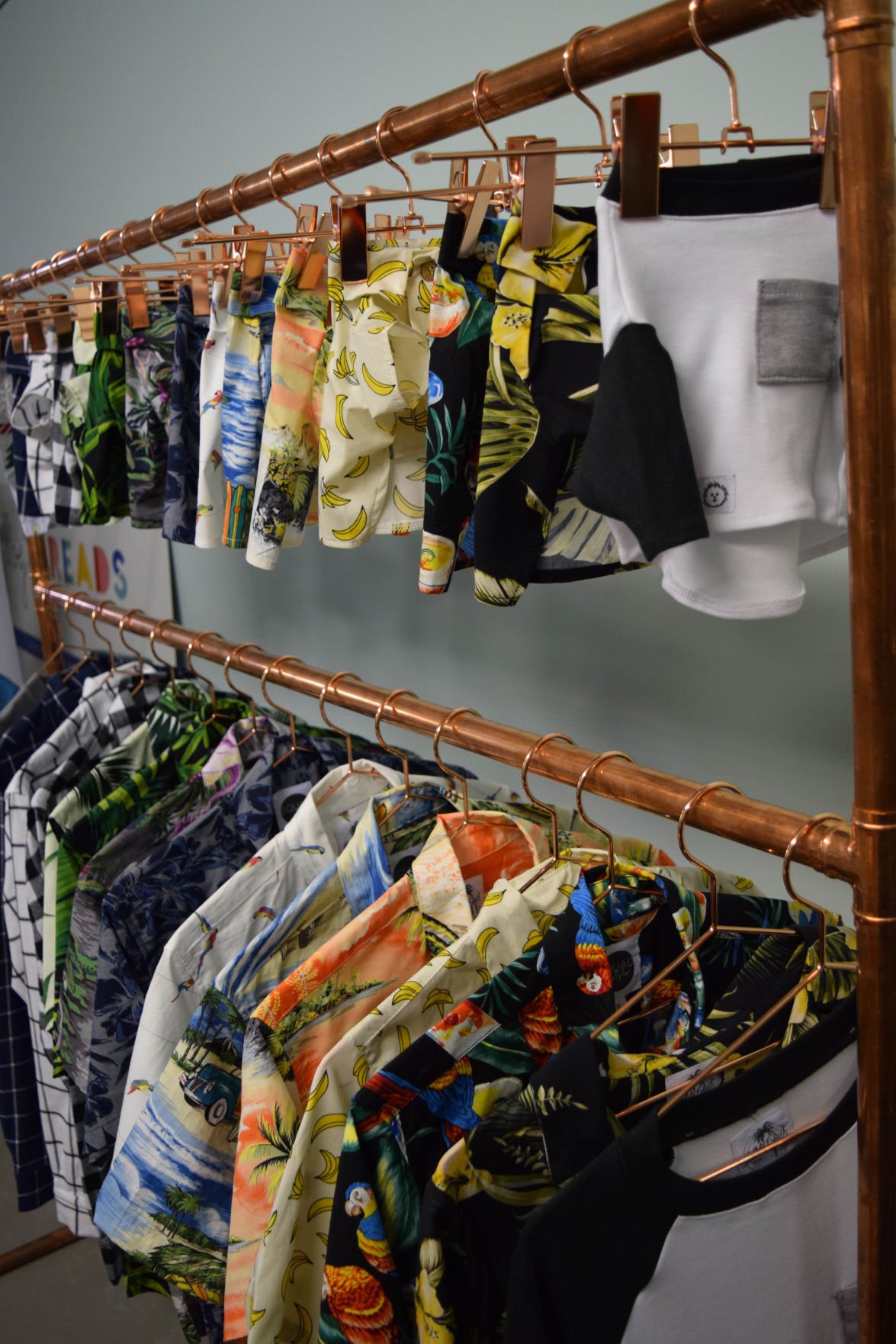 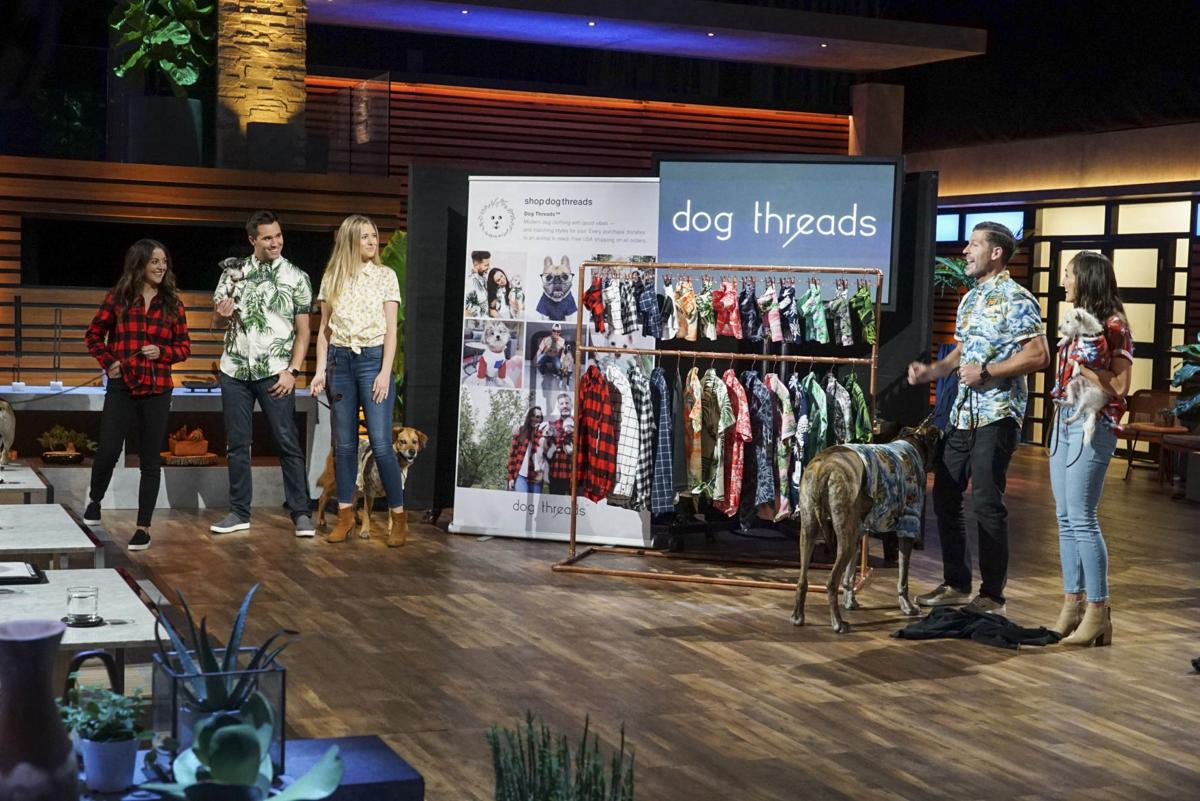 Scott and Gina Davis pitch Dog Threads to the sharks on Shark Tank. 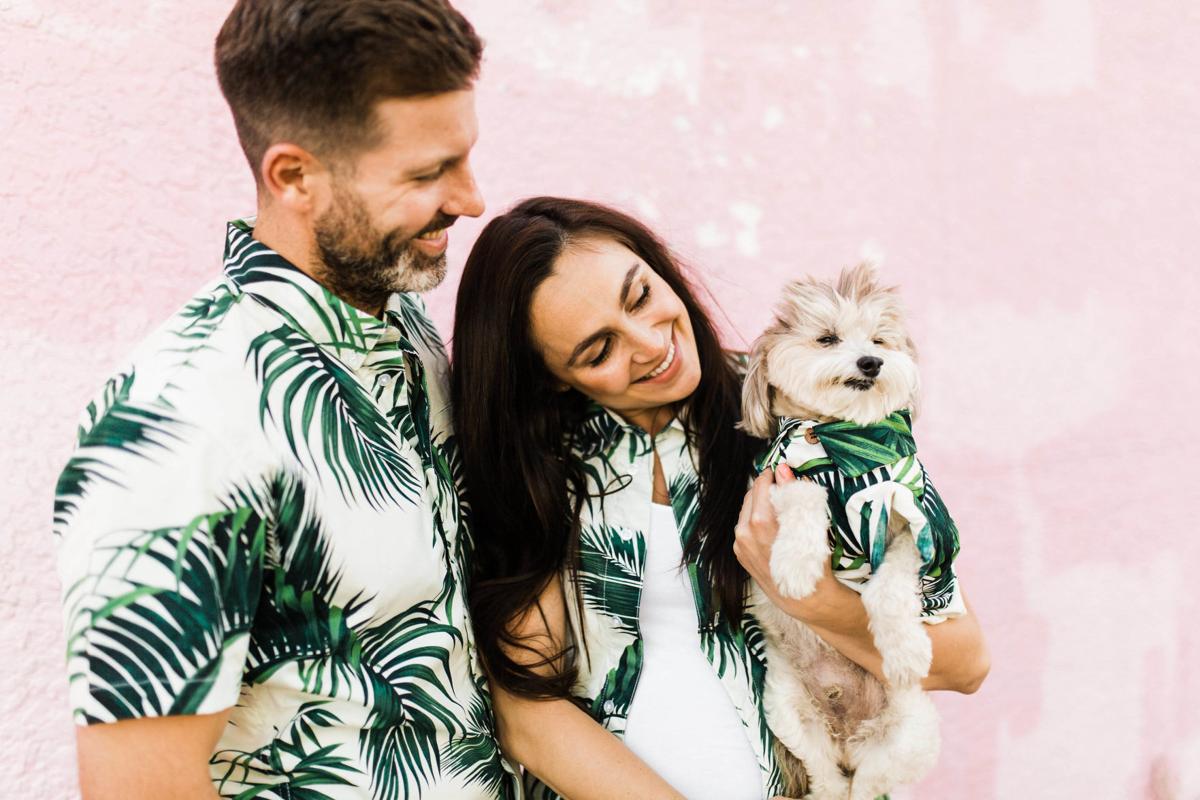 Scott and Gina Davis pitch Dog Threads to the sharks on Shark Tank.

LONG LAKE — Gina and Scott Davis’ company Dog Threads started small, shipping their clothing out of their Long Lake home but recently, after “Shark Tank’s” Mark Cuban invested $250,000 in Dog Threads, the company has blown up.

“It was kind of a wild ride,” Gina told Lakeshore Weekly News.

In 2014, the couple was trying to find a shirt for their dog Thomas, who loved to get dressed up, Gina said. They couldn’t find anything that wasn’t covered in rhinestones so Gina, who worked in women’s fashion at the time, decided to make a shirt for Thomas.

She made Thomas a small Hawaiian shirt that he would wear to parties. The couple would get questions about where they got the shirt, quickly discovering there was a market for simple dog clothing. Dog Threads was born.

The business started as just dog clothing. For about two years, Dog Threads just sold dog shirts and sweaters. Gina said figuring out the sizing for the dogs was quite the process.

For the first two years, Gina and Scott fielded a lot of questions from customers looking for matching shirts for themselves and their pets for family photos. So the couple decided to add human clothing to their company in 2016.

“We tested it with just a few Hawaiian print shirts to start and it took off just like the dog clothing,” Gina said. “It turns out people are just as crazy as we were about their pets.”

Today, the company sells about 25 matching shirts and 25 dog shirts, Gina said. The shirts are Hawaiian, flannel, sweaters and more. The human and dog shirts come in XS and XXL. The smallest dog shirt fits a Chihuahua and the largest fits a Great Dane.

The company is based out of Long Lake and has several local Minnesota sewers, along with manufacturers in California and China.

The company applied to be on “Shark Tank” in January 2019 and pitched Dog Threads to the Sharks on June 22, Gina said. The episode aired on Nov. 10.

The two had to miss their son Ziggy’s first birthday to be at the pitch which, according to Gina, made it a bittersweet day.

The couple went in asking for a $250,000 investment with a 17% equity in the company. Their pitch to the Sharks was that their product is social media gold and they have only invested $500 of their own money into the company by reinvesting their profits.

“I’ll give you 250k but I want a 30% stake,” Cuban said during the show. “I’ll connect you to our Mavs (Dallas Mavericks) buyers for the NBA, there is a lot we can do in terms of pricing.”

Cuban said during the show he was able to help the couple make connections to NBA sports teams to create branded shirts and to bring down their pricing with new manufacturers with his investment.

Gina and Scott have already used Cuban’s investment to improve the company, finding office space and hiring their first employee, Gina said. They are also planning on finding some more manufacturers for their shirts with the investment, although they plan to always keep some of the manufacturing local.

Watch Gina and Scott on Shark Tank at tinyurl.com/ujxr4nf.

Gina’s favorite parts of Dog Threads is they donate a portion of the proceeds to a nonprofit.

For a long time, that nonprofit was Secondhand Hounds. The company still donates to the Minnetonka-based adoption agency, but recently Dog Threads started an Instagram contest to branch out to other nonprofits.

Each quarter, they have a photo contest on Instagram and the winner receives a free matching set and Dog Threads donates a portion of proceeds to the nonprofit of their choice for that quarter.

“It turns out people are just as crazy as we were about their pets.”

LONG LAKE — The Long Lake City Council presented Gina and Scott Davis of Dog Threads with the “You Make Long Lake Proud” award at the Nov. 21 …