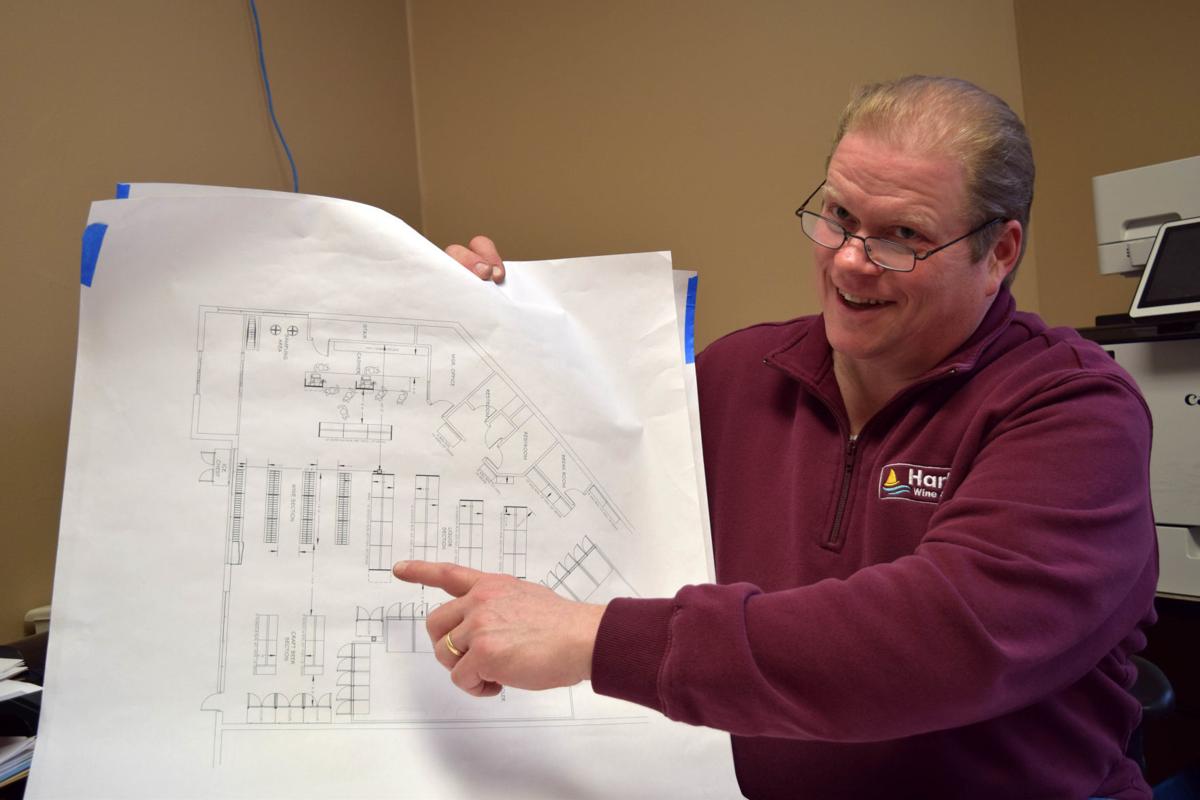 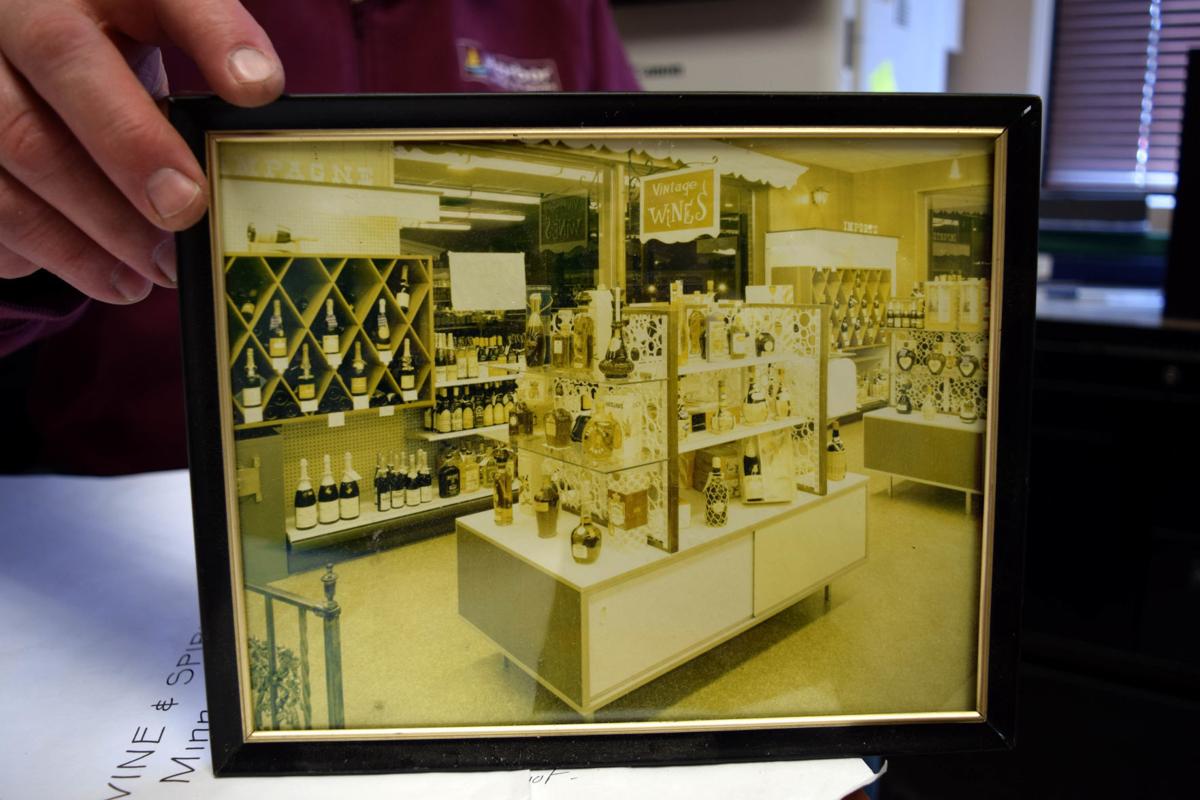 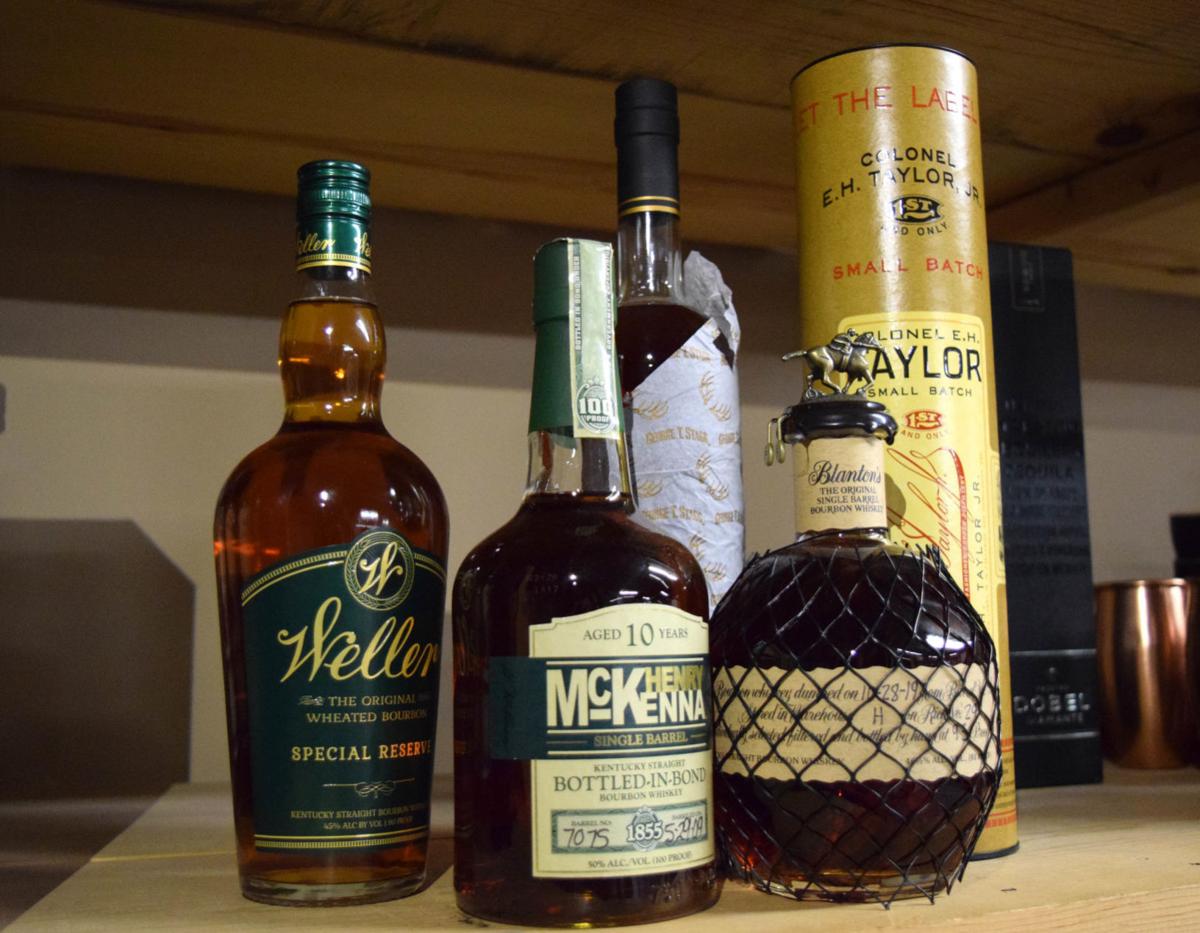 MOUND — Ron Gust believes there are a few reasons the municipal liquor store in Mound, Harbor Wine & Spirits, has been successful as the alcohol market has become more competitive over the last several years.

One of those reasons is the store’s willingness to stay current with trends and keeping a fresh look, Gust, the city liquor manager, told Lakeshore Weekly News. This is one of the reasons the store is getting an update this month.

“The flooring needed to be replaced and then it was like, do we put the old shelving back on the new floor?” Gust said. “So we decided to update things and make it look nice.”

The liquor store paid off its lease for its space at 2135 Commerce Blvd. in 2019 and decided it was time to make some changes to the store, including new flooring and shelving and a new front counter. Gust said they are also re-organizing the store so all the craft beer is in one place.

The renovations are being paid for by the liquor store’s budget that previously went to the mortgage payment, incurring no cost to taxpayers, Gust said.

“We are locally owned — we’re owned by the taxpayers — how much more local can you get?” Gust laughed.

The store made some subtle changes over the last several weeks, moving some sections and the front counter. On Friday and Saturday, Feb. 7-8, the store held a 10% off sale to move some inventory out of the store before renovations started. At 1 p.m. on Sunday, Feb. 9, the store closed and the renovations began.

The store had to remove all the alcohol from the store, with the exception of what was in the wall coolers, so on Monday, the real work could begin.

The floors and shelves were removed and replaced and the counter was given an upgrade with Grey Goose graphics.

Staff at the liquor store plan to have the store open for business at some capacity by 3 p.m. on Thursday, Feb. 13, after moving all the liquor back onto the shelves.

The store may look different, but the inventory won’t change much, Gust said. They may reduce their purchasing of some items and increase others based on what they find when they clean out the store, but beyond the layout and new look, customers should find what they always have at Harbor Wine & Spirits.

Harbor Wine & Spirits has been around for a long time, Gust told the paper. It was founded in 1933 as The Mound Muni after Prohibition ended in the United States.

The store has survived a lot of changes in the world of alcohol, including the move toward more private liquor stores. There were 190 cities with municipal liquor stores in 2018, according to the Office of the State Auditor’s Analysis of Municipal Liquor Store Operations.

According to Gust, the municipal liquor store has a few private competitors in the area but it also draws people from all over the Lake Minnetonka area by doing something a little bit different.

Another thing that sets the liquor store apart from its competition is its focus on bourbon. If you are looking for a rare bourbon, Gust is one of the best people to call, he might have it on hand or he’ll add you to his list.

There are several bourbon companies that release their rare bourbons once a year and only certain liquor stores get bottles — Harbor Wine & Spirits is often one of them because it buys and sells so much bourbon, Gust explained.

Usually, when Gust gets a rare bottle he doesn’t just put it on the shelf. He’ll make a few calls to some loyal customers or to someone on his list of folks who come in looking for the bourbon throughout the year. Whoever picks up the phone first gets the bottle.

Sometimes the store will get a few bottles and it will post it on social media and about 10 minutes later, the door dings and someone is there looking for that special bottle of bourbon.

This year Gust decided to do something a bit different for when Harbor Wine & Spirits reopens after the renovation — on Feb. 29, the store is hosting a re-grand opening party to celebrate.

Those looking to get their hands on a rare bottle of bourbon can come into the store throughout the day and enter a bourbon raffle, then they have to be back in the store at 6 p.m. when names are drawn. The first name drawn gets to pick a bourbon, and so on, until the bourbons in the raffle are all picked.

The bourbons, while all rare, range in price from Very Old Barton at $17 a bottle to Stagg at $104.99. Also featured is a bottle of Blanton’s, Pappy Van Winkle, Old Rip Van Winkle and more.

All day on Feb. 29, items in the store are 15% (with the exception of the bourbon raffle) and the store will have samplings throughout the day to celebrate the new (old) store.

There are four cities in the southwest metro that have municipal liquor stores. Municipal liquor stores used to be more common but the rise of private stores, particularly those attached to stores such as Target or Lunds & Byerlys have driven municipal stores out of business, Mound Liquor Manager Ron Gust said.

Here's a breakdown of what each store did in sales:

(Note: Wayzata is an on- and off-sale liquor store, unlike the other liquor stores on this list, which are only off-sale stores.)

Source: the Office of the State Auditor’s Analysis of Municipal Liquor Store Operations.