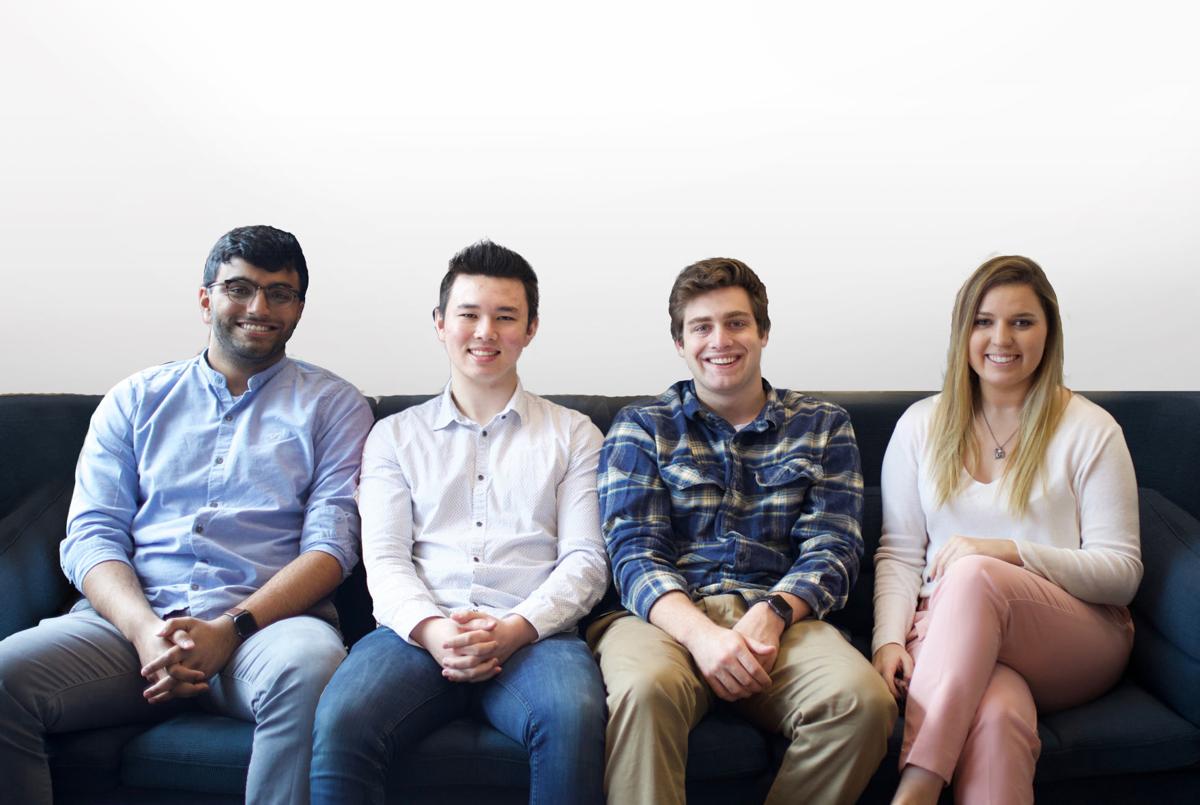 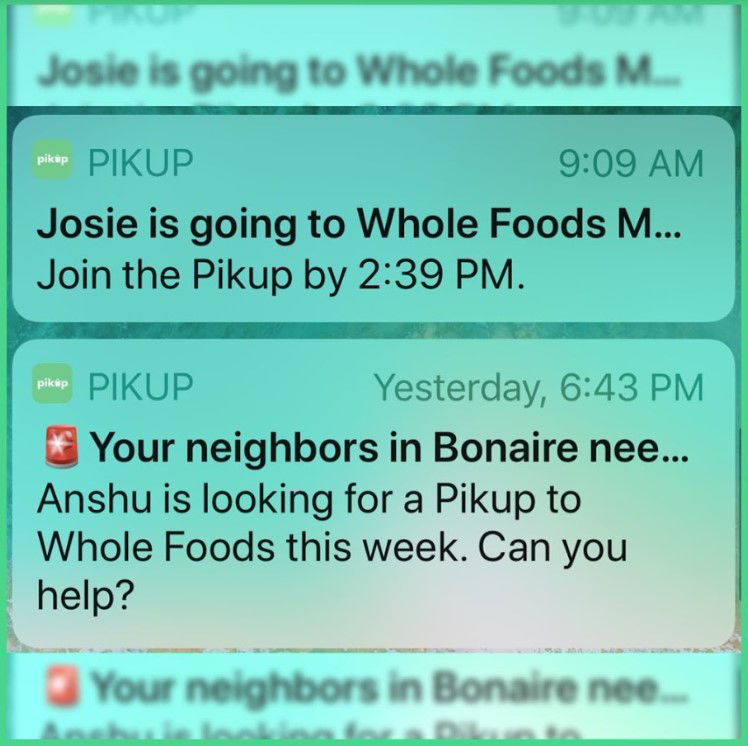 The Pikup app notifies users when someone is headed to the store so they can get food too, and allows users to send out an alert when they need something picked up.

The Pikup app notifies users when someone is headed to the store so they can get food too, and allows users to send out an alert when they need something picked up.

It seems simple enough. If I’m going to a store or restaurant, why not see if my neighbors want something too?

And in this time of COVID-19 stress and official homebound requests, it makes more sense to parlay one shopping trip to benefit others.

Former Wayzata High School grad Bharat Pulgam and several others have turned that helpful idea into an app that serves merchants and customers alike.

The Pikup app has blossomed into about 70 neighborhoods, including spots in Minnesota, Wisconsin and Nebraska, according to Pulgam.

“The most important thing is we are solving a real problem,” Pulgam said. “People can’t get out, so we are able to get them what they want from people they trust. Right now, everybody wants to help each other and we’re making it easier for them to do that.”

It was in late 2017 when Pulgam, a business major at the University of Minnesota, was walking home in the snow from classes when a friend asked him to pick up a burrito from Chipotle on his way home.

When Pulram got home, others asked why he didn’t ask them if they wanted something.

“They didn’t know I was going and they didn’t have a way to let me know,” Pulgam said.

The following year, Pulgam got involved with a retail accelerator program, which suggested “If I wanted to be 100% dedicated, I would need to drop out of school.”

The free app, officially launched in February 2019, had 30 neighborhoods connected in its first week, and has been quite popular on college campuses.

“It not only helps customers get what they want, but it also gets merchants’ products out there,” Pulgam said. “Delivery services today are really expensive for customers and businesses, with some merchants taking a 30% hit on every delivery that goes out the door.”

Pulgam said some merchants whom they partner with offer incentives for those who are picking up items for others, including free food items or money.

“You may get free chips and guac at one place or $5 at another place for picking up items for others because those stores don’t have to pay for deliveries,” he said. “It helps everybody.”

Someone may send out a notice to those in their designated neighborhood that they are going to a store, or a person can send out a “poke” message to let others know they would like something picked up if others are making trips.

“It’s a private community and it’s people you trust who are dropping off food and commodities for you,” he said.

Lavanya Purdi, 41, of Maple Grove, has been using the Pikup app for about a month and says it is important and effective.

“It’s nice that, especially during this time, that people can coordinate so only one person goes to pick up grocery items for others too. That’s really cool,” she said.

“Once we get used to using it more and more, it will be helpful even after the virus situation is gone,” Purdi added. “Sometimes I can’t always get to the store, so if somebody is already going, it’s helpful for them to get things for me too.”

If you want to verify your neighborhood on Pikup, visit trypikup.com/groups.

And if anyone at all has ideas on how we can help their communities or organization, contact Bharat Pulgam at bharat@pikup.io.