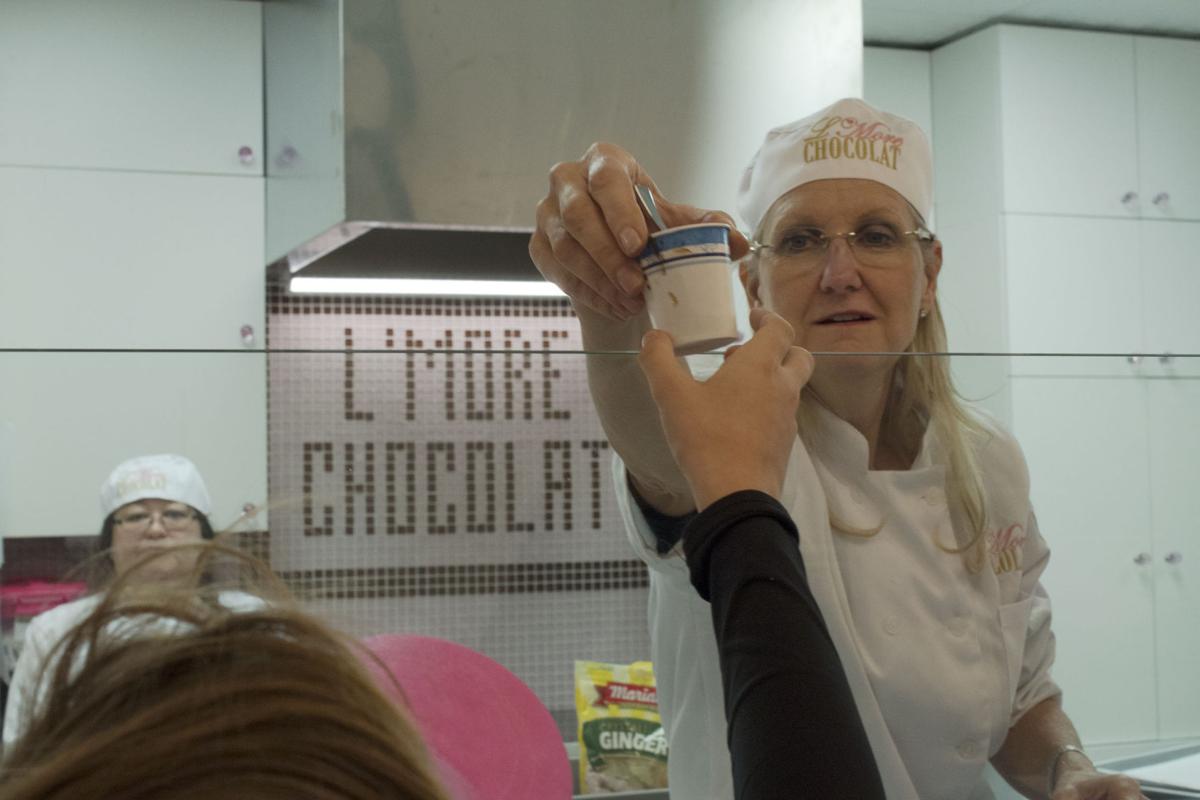 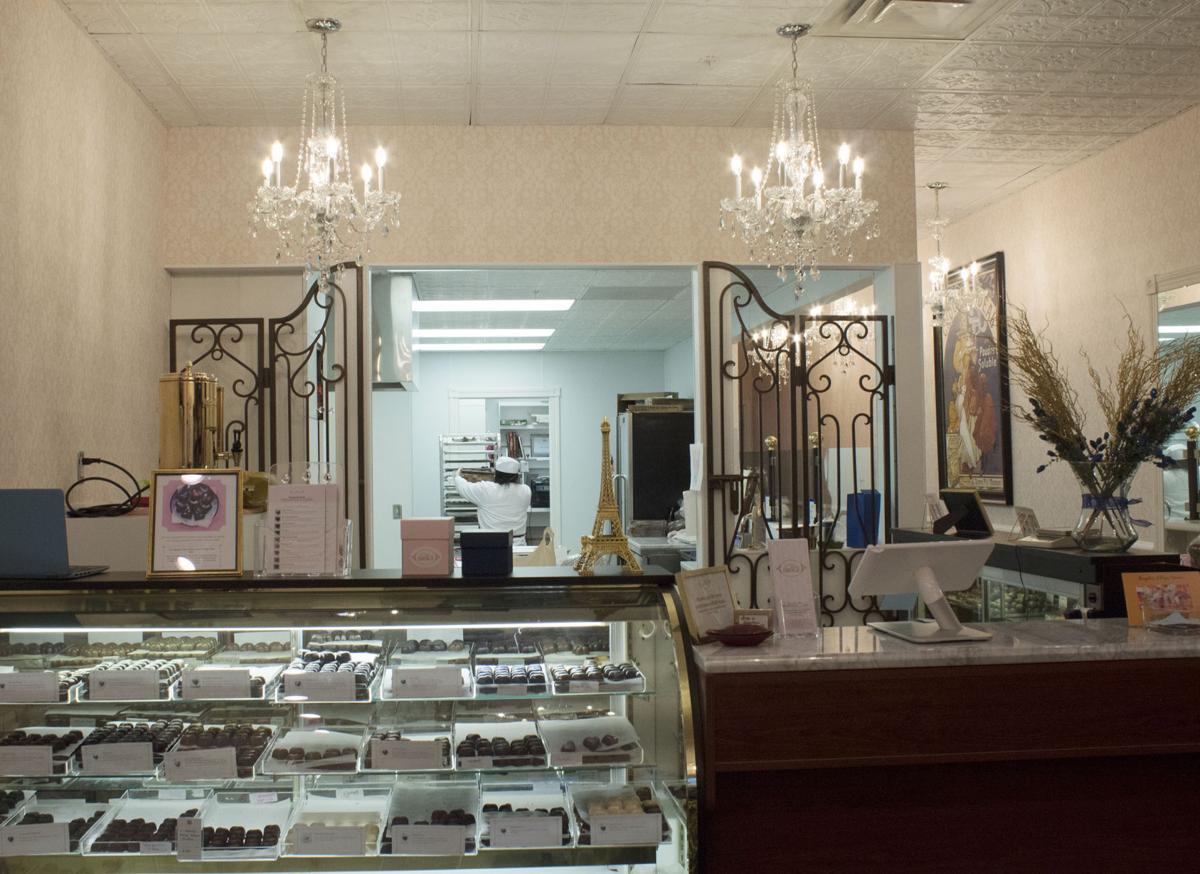 The shop is located at 633 Lake St. E. in downtown Wayzata. 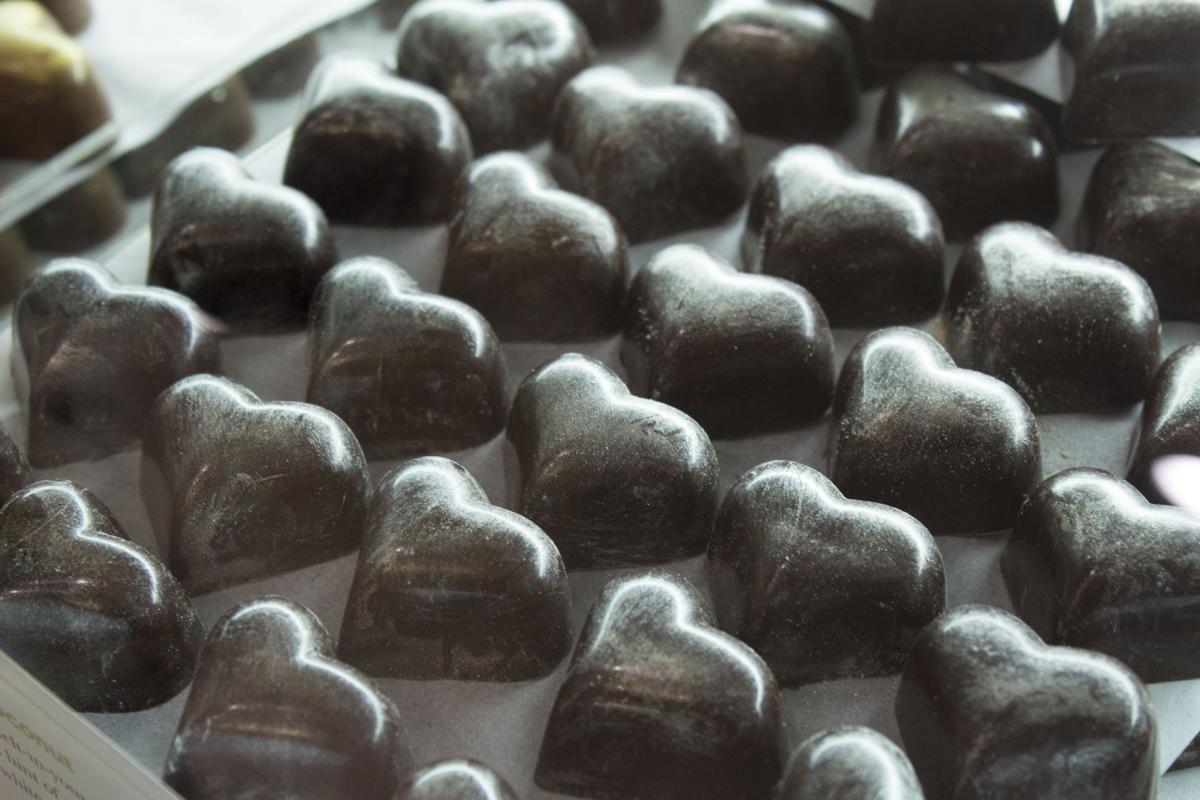 The chocolate truffles come in flavors such as prosecco and lavender. 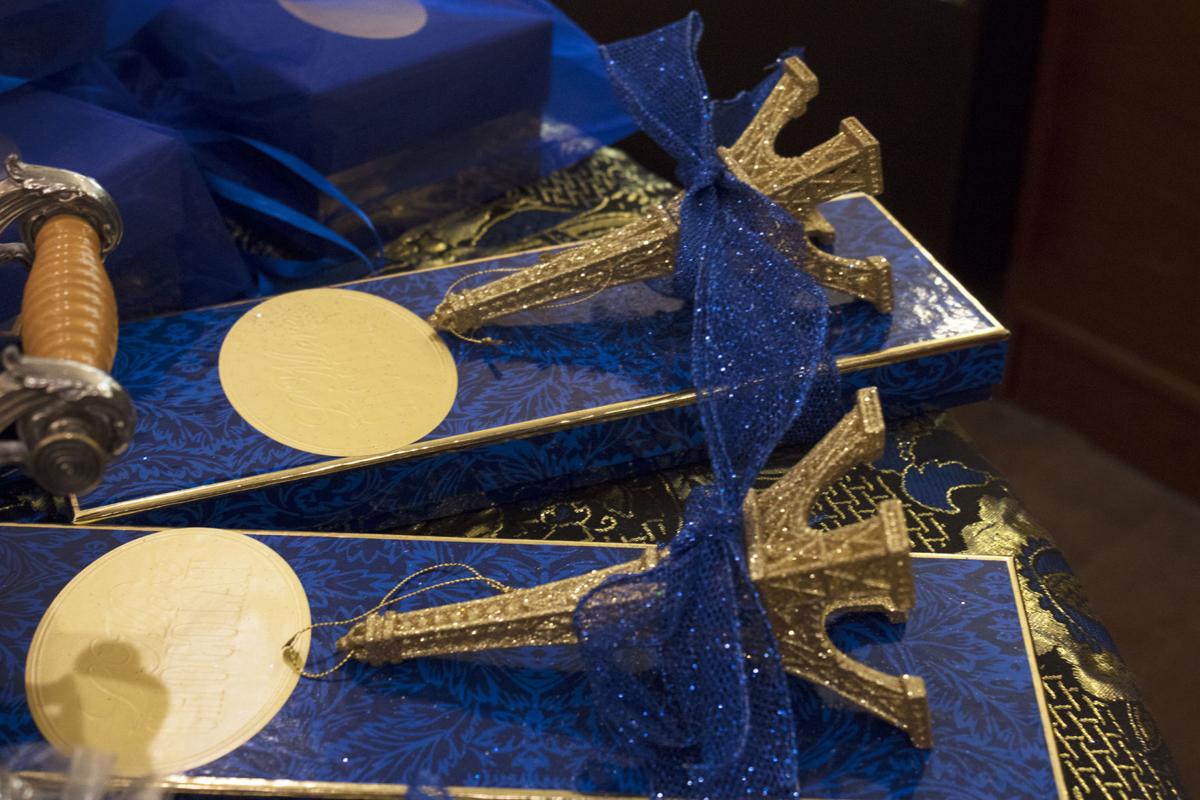 The shop is decorated for the holiday season. 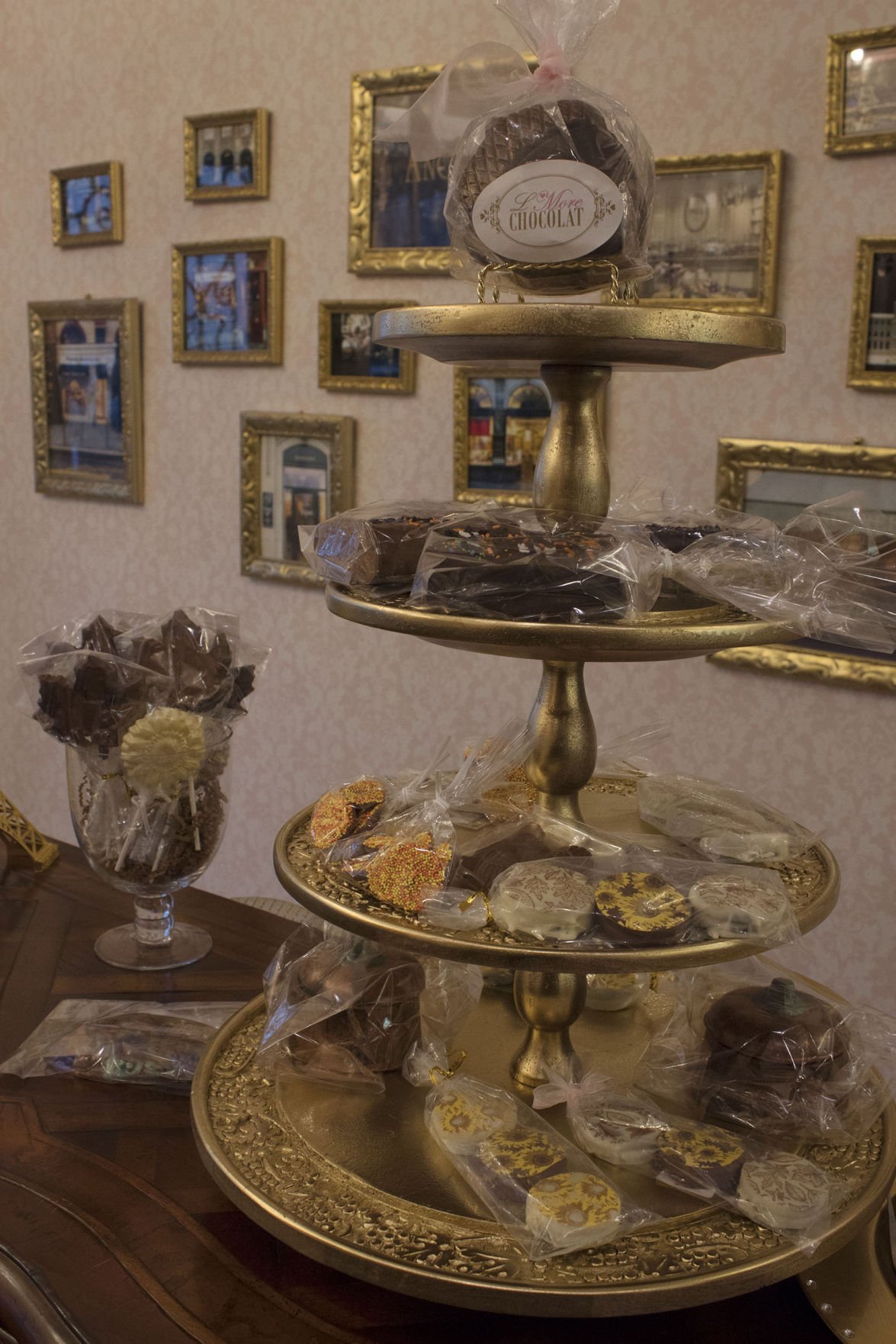 The chocolate comes in shapes from high heels to fish to race cars. 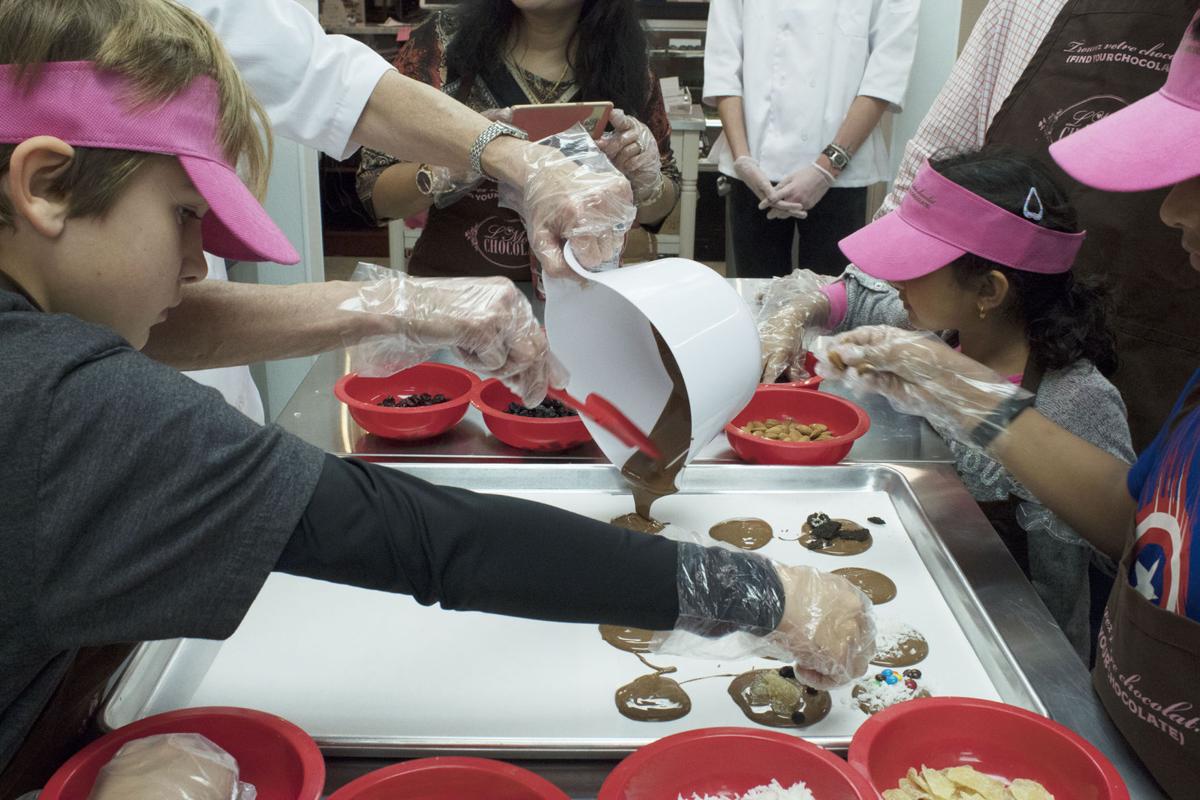 Many hands make sticky the work at a Wonka party. 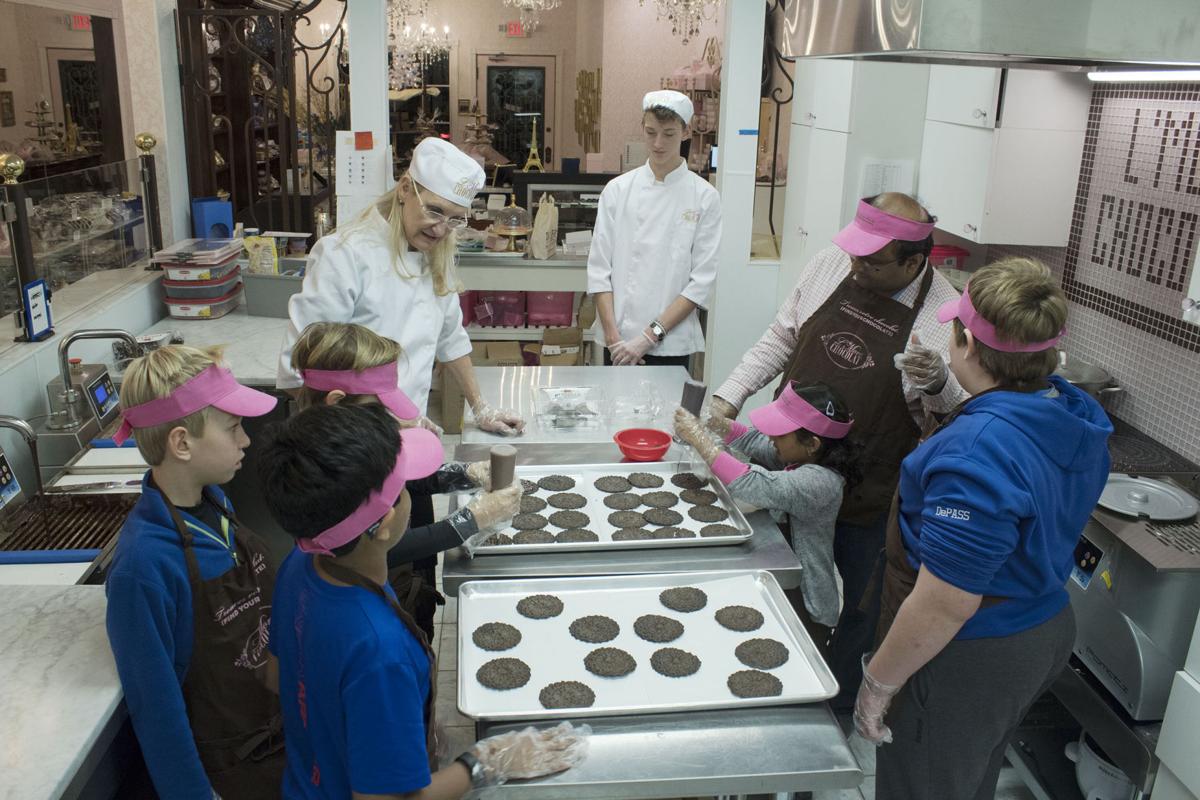 The Willy Wonka party attendees learned how to make four types of chocolate. 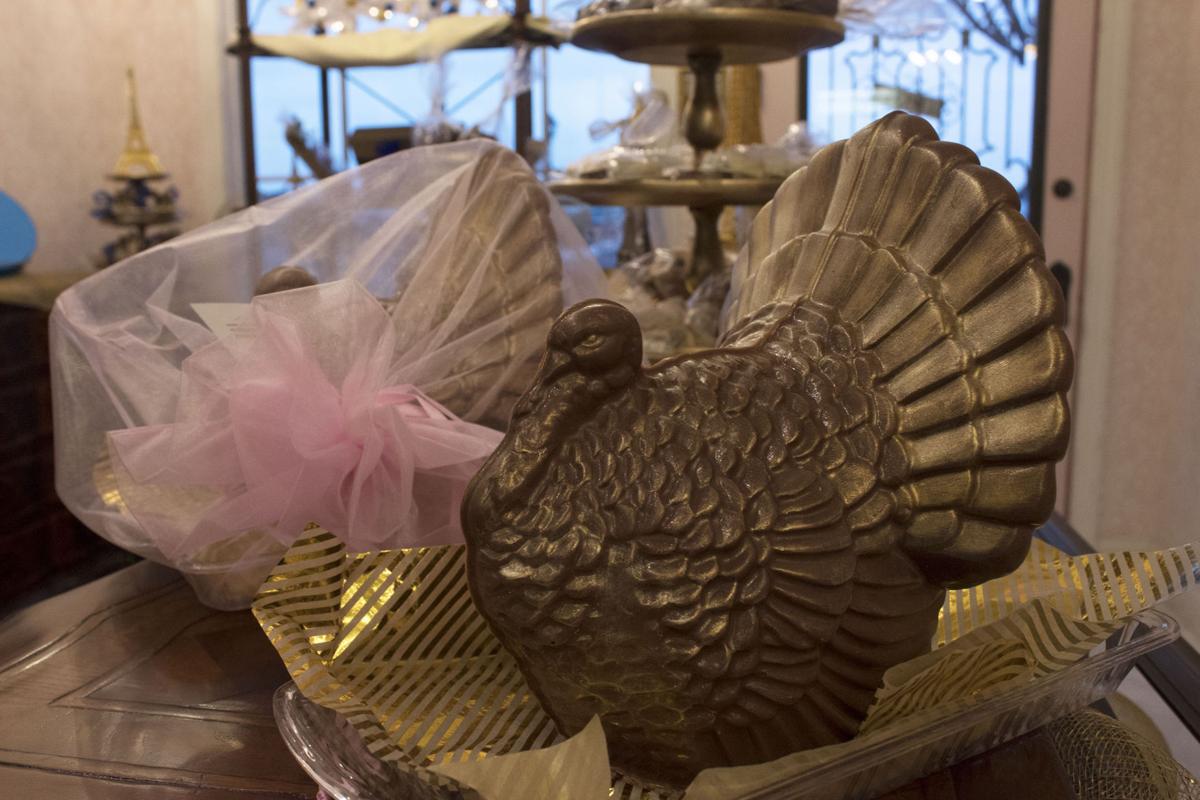 The chocolate truffles come in flavors such as prosecco and lavender.

The shop is decorated for the holiday season.

The chocolate comes in shapes from high heels to fish to race cars.

Many hands make sticky the work at a Wonka party.

The Willy Wonka party attendees learned how to make four types of chocolate.

WAYZATA — It’s hard not to be enchanted by the opulence and imagination alive in chocolate shops, evident too in their whimsical chocolatiers.

In the film “Chocolat,” Vianne spins a petit French town on its head with her chocolate concoctions. Villagers kneel at confession, detailing the sweetness of chocolate drops and the creamy center of truffles.

The impossible isn’t so out of reach either at this Minnesota shop.

Kathy Ehrmann, owner of L’More Chocolat, says opening the shop had been a lifelong dream.

“People coming through the door don’t just want chocolate,” Ehrmann said. “They’re entitled to have that experience, whether it’s the smell of the chocolate, the sparkle of the chandeliers, the greeting that Jen gives them every time they come in the door: ‘Welcome to L’more Chocolat.’ It really is about feeling special when you come here.”

While cognisant of her dream, Ehrmann didn’t consider leaving her “wonderfully incremental” career in real estate until she lost a friend to cancer. She said she abruptly realized life was too short to avoid pursuing her dreams.

She indulged in a self-guided educational tour of European chocolate shops, visiting the oldest and most-established chocolatiers. Each time she entered a shop, Ehrmann said, she snapped pictures and asked questions. Following the tour, she took a chocolate-making course at Callier in Switzerland.

The best advice from the chocolatiers became a cornerstone of the L’more brand: Use world-class chocolate and keep it simple.

“You have to have the finest chocolate to really be able to capture the imagination of your customers,” she said. “What we have found is that even with the best chocolate in the world, people will buy it in bark, even with jelly beans on it; they’ll buy it with potato chips in it.”

She thinks of her chocolate as a sommelier treats his best reds, she said. Every nuance of the chocolate’s personality must be weighed, from the fluidity of the creaminess to how it sets and tempers.

L’more Chocolat opened their wrought-iron and pink doors Aug. 5. When the first customers came in, Ehrmann said she was honored by their sense of ownership to the shop.

“It wasn’t, ‘We like your chocolate shop,’ it was, ‘Oh my, we’ve been in Wayzata for so long and now we have a chocolate shop,’” she said. “They were as happy as I was to have the place finally open.”

One day, Ehrmann saw a woman walking around the shop, her eyes wet with tears. She was from Paris and had lived in Minnesota for 20 years. That she would be able to find Parisian chocolate, the taste of home, in Wayzata was something she couldn’t believe, she said.

Part of running the shop is giving back, Ehrmann said. Leftover or ill-tempered chocolates are brought regularly to a retreat for recovering addicts. Sometime in the coming months, Ehrmann hopes to offer work to people with disabilities.

Her honesty in moving from real estate into the chocolate business has transcended every part of her life, Ehrmann said. She asks the children who come into the shop to believe in the magic of chocolate as she does.

“Don’t forget what happened to the man who suddenly got everything he wanted,” Wonka says to Charlie.

“He lived happily ever after.”