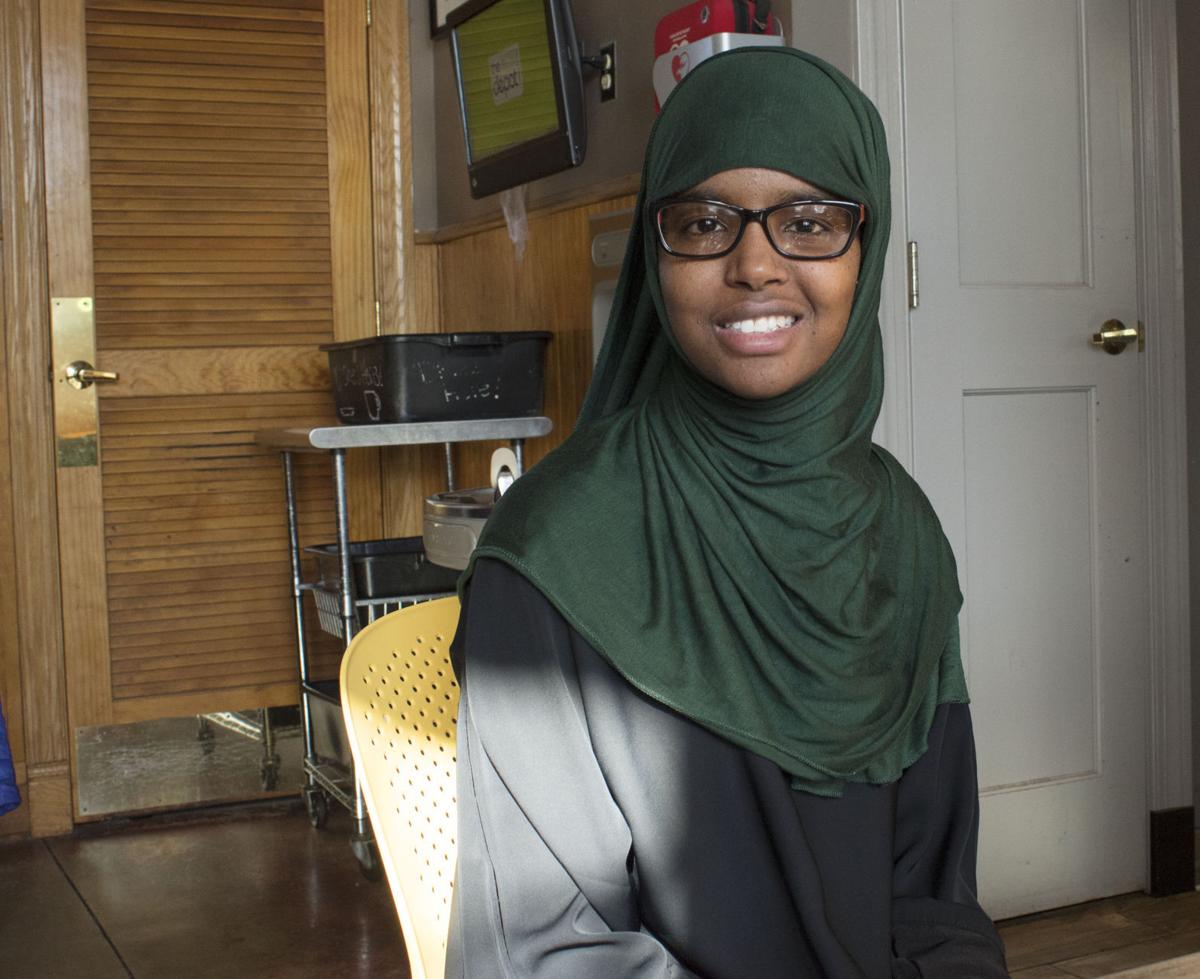 Fartun Ahmed won a seat on the Hopkins School Board Tuesday, Nov. 7, along with Chris LaTondresse and Jen Westmoreland-Bouchard. 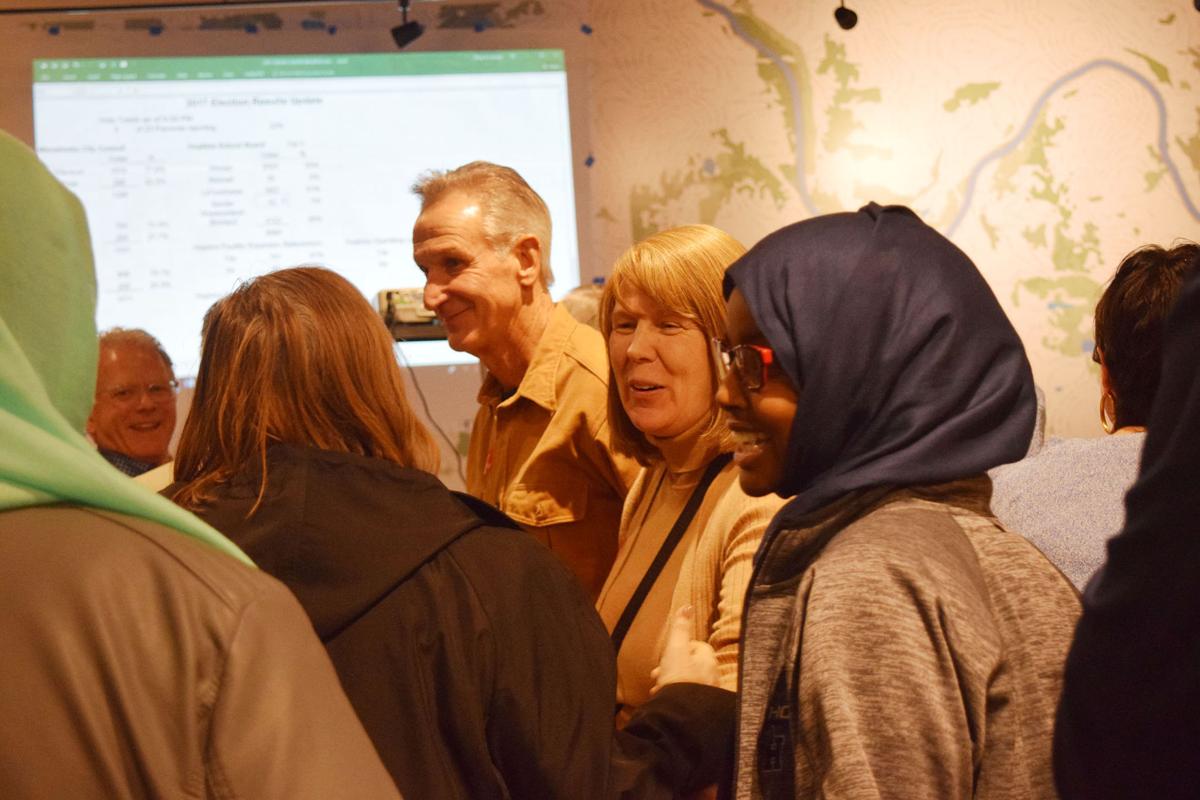 Ahmed said over 50 people from the Somali community gathered at Unmapped Brewery the night of the election to watch results come in.

Fartun Ahmed won a seat on the Hopkins School Board Tuesday, Nov. 7, along with Chris LaTondresse and Jen Westmoreland-Bouchard.

Ahmed said over 50 people from the Somali community gathered at Unmapped Brewery the night of the election to watch results come in.

She campaigned as part of a bloc with Chris LaTondresse and Jen Westmoreland-Bouchard under the message that every family in the school district should be able to access the resources they need to understand the system.

Campaigning against Steve Semler and Kevin Bennett, the bloc won the three open seats. Turnout was nearby double that of two years ago — 21,501 people voted for school board candidates in this year’s election; 12,159 votes were cast in 2015.

The three campaigned as a tight ensemble. They door-knocked every weekend in October, met with students and attended school board meetings. Neighborhoods even organized gatherings to meet the candidates.

People frequently recognized who they were upon opening the door, Barb Westmoreland said. Westmoreland is the mother of board member-elect Westmoreland-Bouchard. She described how Fartun felt after a day of door-knocking:

“For many of these people, they just had a lot of questions. They were really curious; they wanted to talk with a Muslim woman who wears a hijab,” Westmoreland said.

Ahmed, 26, was born in Somalia and moved to the United States when she was 3. With her family, she moved around Minnesota for a while before settling in Hopkins. As the oldest of eight children, Ahmed was the first in her immediate family to attend school.

She finished high school in 2009 with a GPA of 4.0 and moved on to study at Metropolitan State University. During her undergraduate years, Ahmed was appointed to committees formed by U.S. Rep. Keith Ellison and U.S. Attorney Andrew Luger. Later, she obtained a full-ride dual masters from the University of Chicago.

“She’s a standard bearer for her family,” Westmoreland said. “First one to go to college, she has a master’s degree … for her to come back to this community and say ‘I really want to be a part of it and I want to make it better,’ I just admire her so much for these values.”

Ahmed is grateful for Hopkins Schools and the resources the district provided for her family when she entered schools, she said.

“It shows you what America is that my parents — who had no idea, who had never went to school, who don’t even know how to read or write in Somali — can raise this daughter who can be elected to a political position in an office,” she said, “and that’s what America is.”

However, despite the district’s efforts, the resources at hand right now don’t match the need for the 45 percent who are students of color, Ahmed said.

Working as an executive director at her family’s Family Resource and Childcare Center gave her insight. Family after family came in, addled in trying to navigate the school system. Many families with whom she spoke changed their minds to stay in Hopkins, but others left to open-enroll in neighboring districts.

Leaders in the community should understand the issues varying community members are facing, Ahmed said.

On the day before the election, Ahmed’s 8-year-old sister wrote her a letter for good luck, saying she looks up to her oldest sister.

“I think that’s one of the reasons why I’m doing this is because I want her to grow up in a community where she knows her leaders and people will listen to her and people will respect her,” Ahmed said.

The campaign results proved that people underestimate their own community, she said. Hopkins was ready for leaders in public office who reflected a cross-section of the community.

Westmoreland said the relationships the trio formed with voters throughout the past several months will propel them into office.

“I feel a great sense of hope,” Westmoreland said, “and I think a lot of other people do, too. Everybody’s looking for goodness in our own community, that we really want to work together to make sure everyone’s life here is good and going well.”