Free access for current print subscribers
Get Started
You are the owner of this article.
Edit Article Add New Article
You have permission to edit this article.
Edit
Subscribe
Communities
Home
News
Sports
Obituaries
Classifieds
Contact Us
Share This
1 of 14 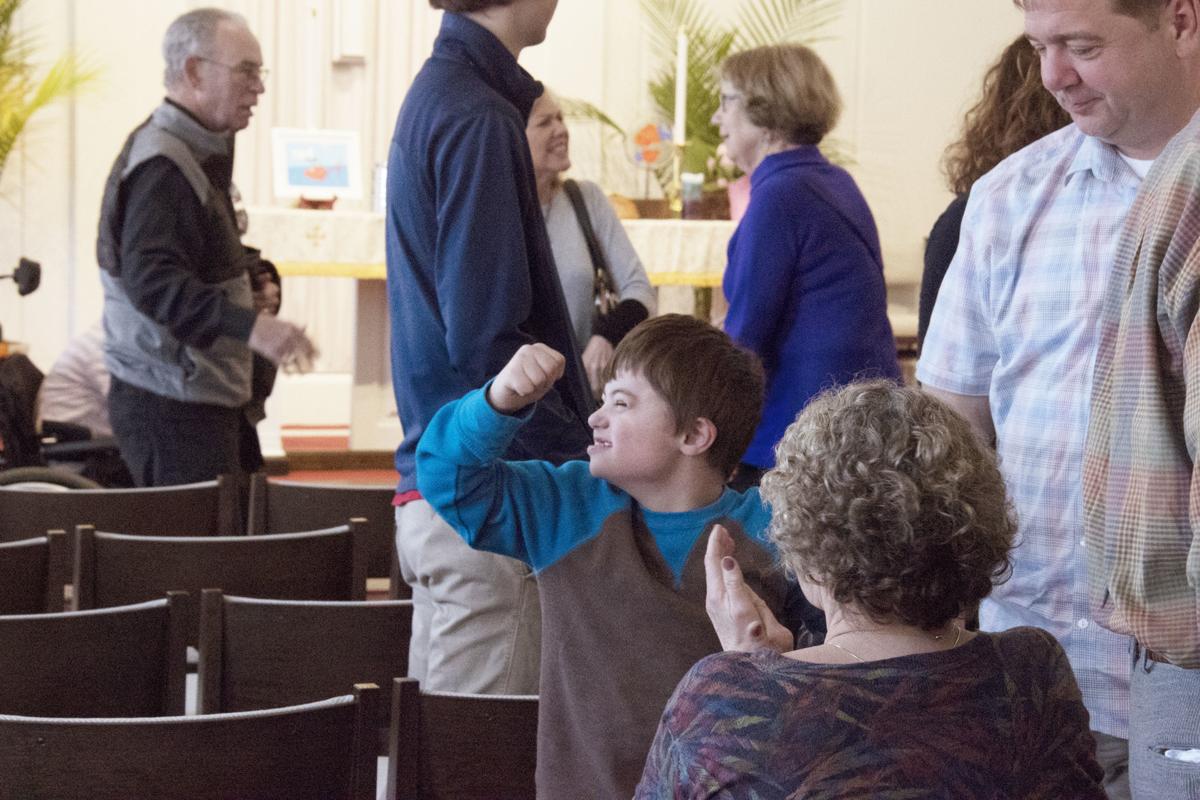 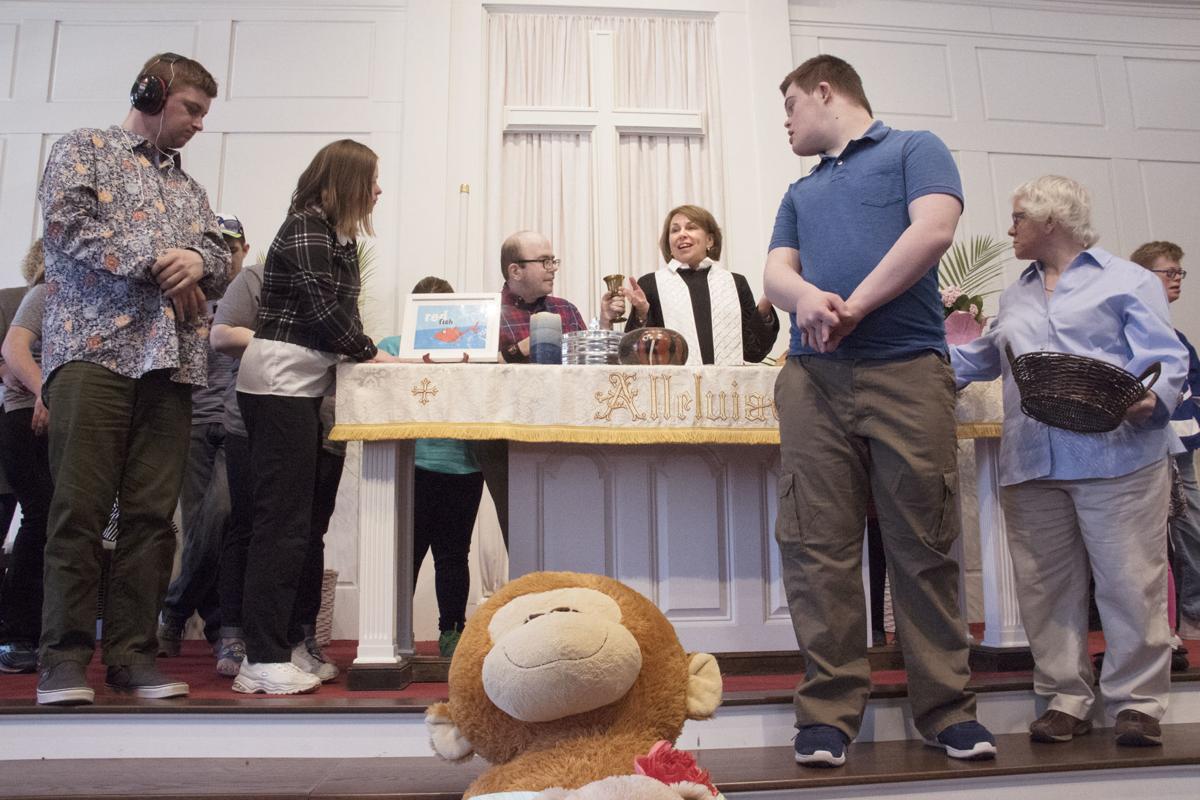 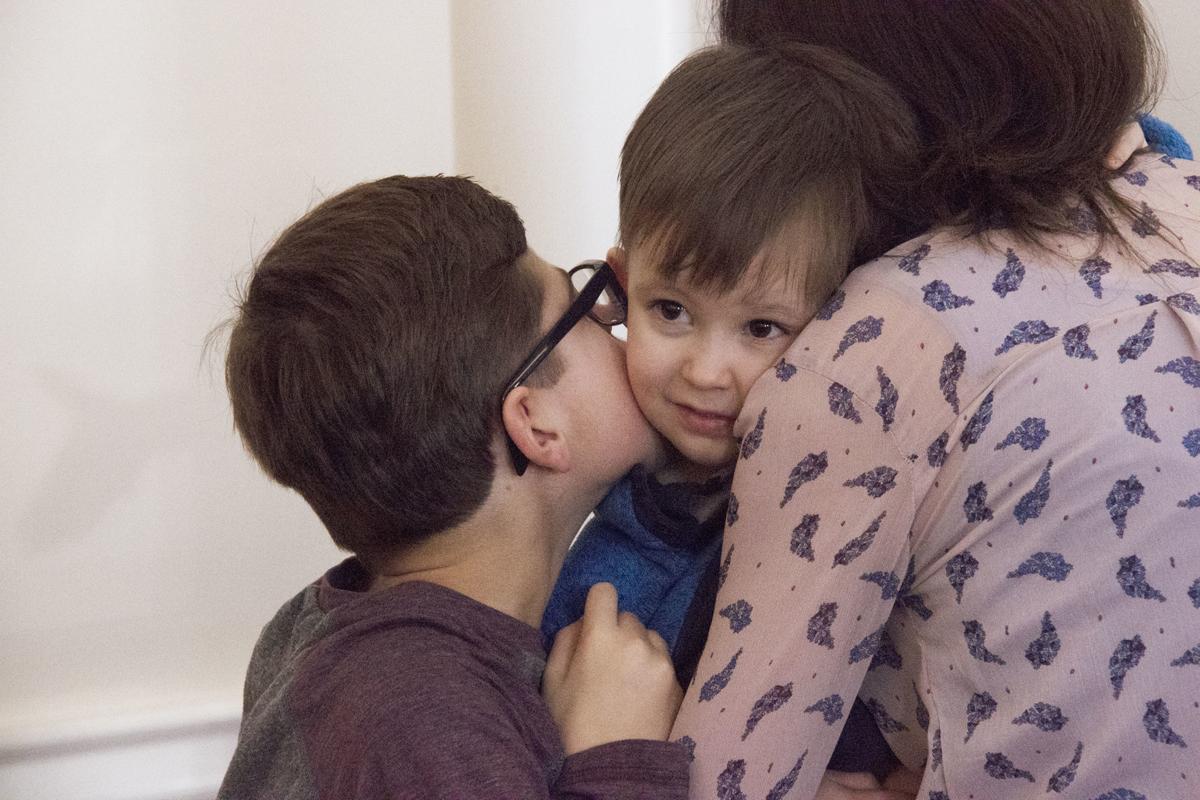 Brennan Riley, a Minnetonka resident, is nicknamed the “hugs ambassador” for giving hugs to attendees throughout the service. 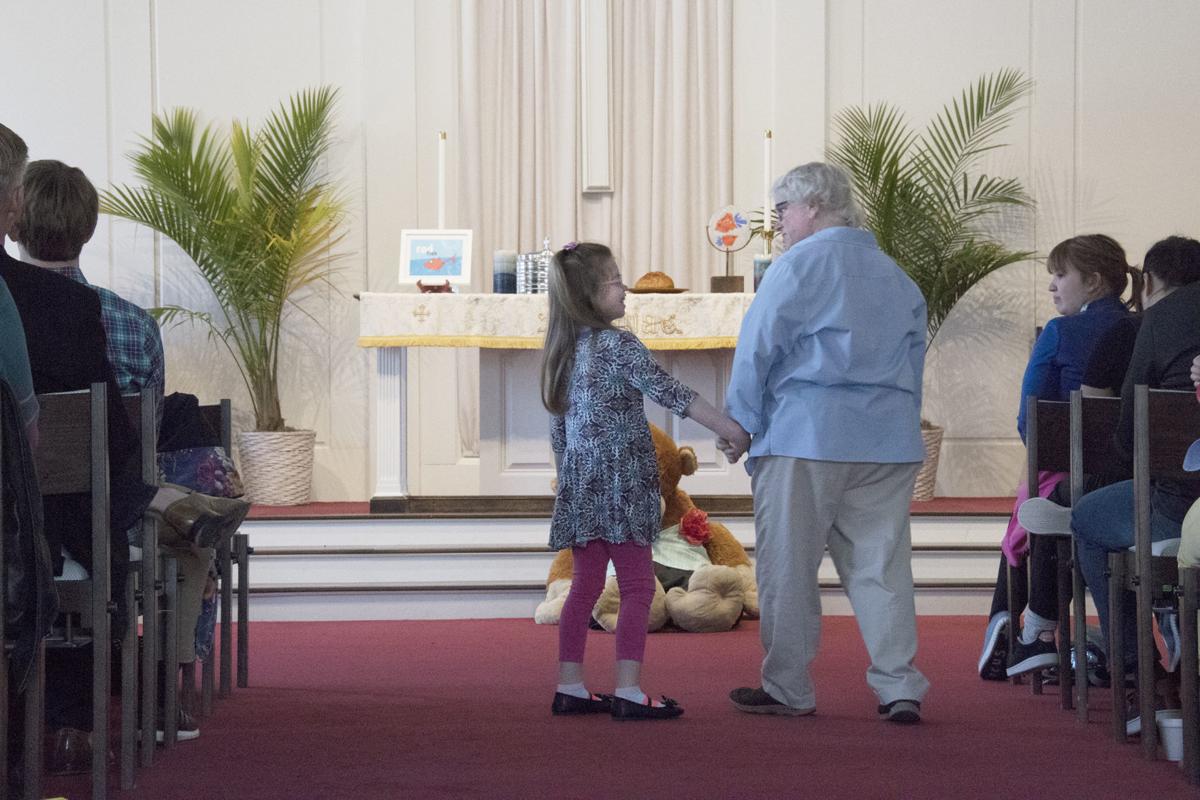 Marnie Buratto, right, is a third-generation worshiper at the Wayzata Community Church. 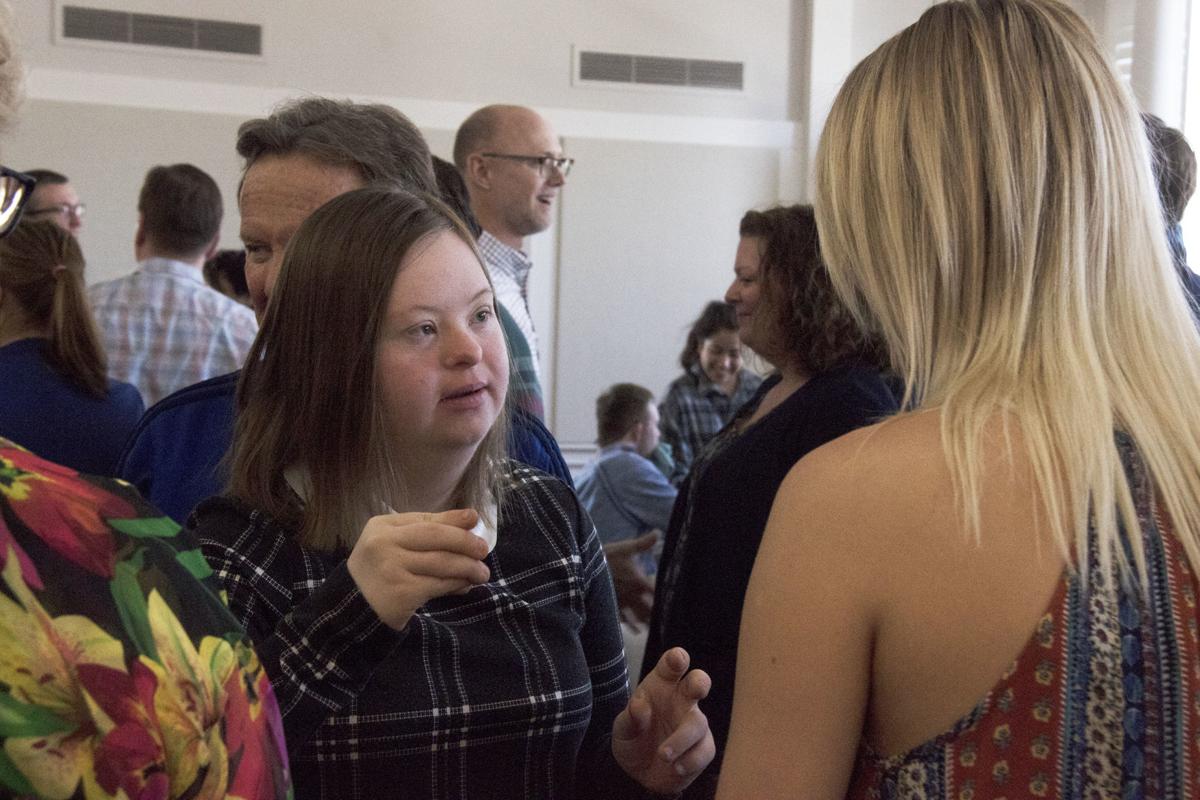 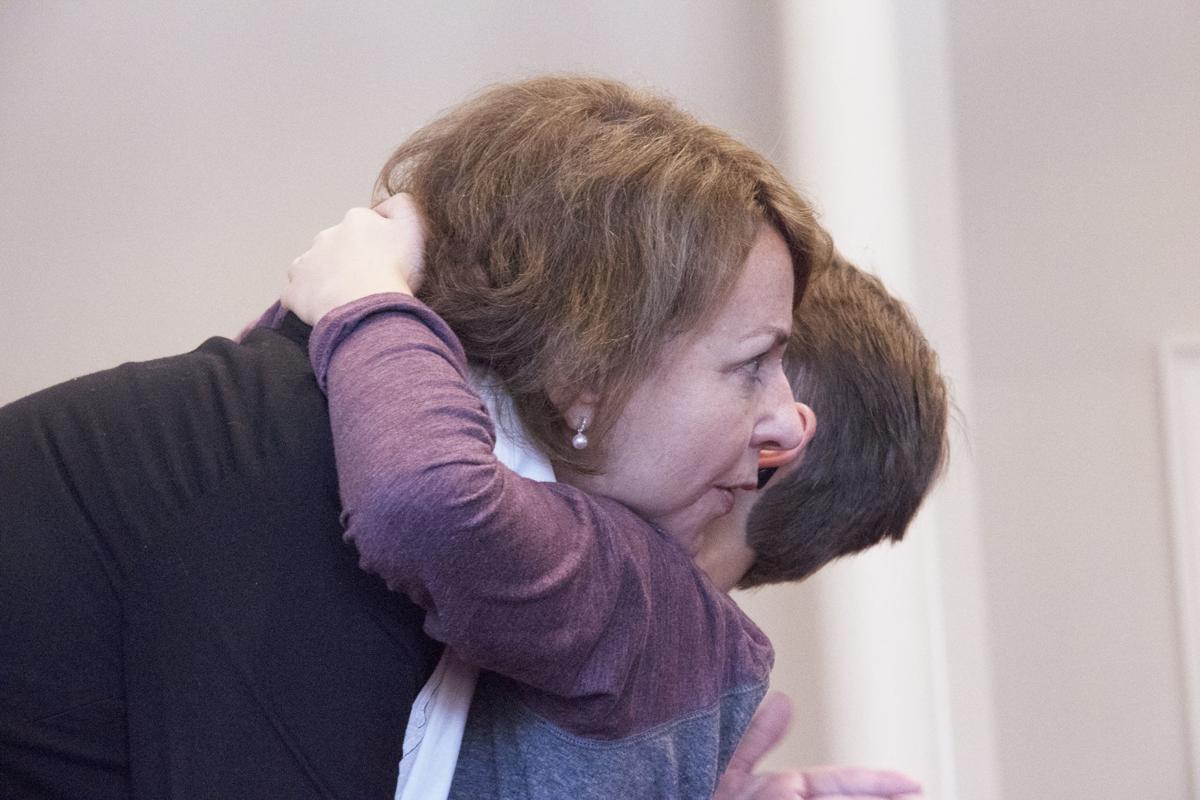 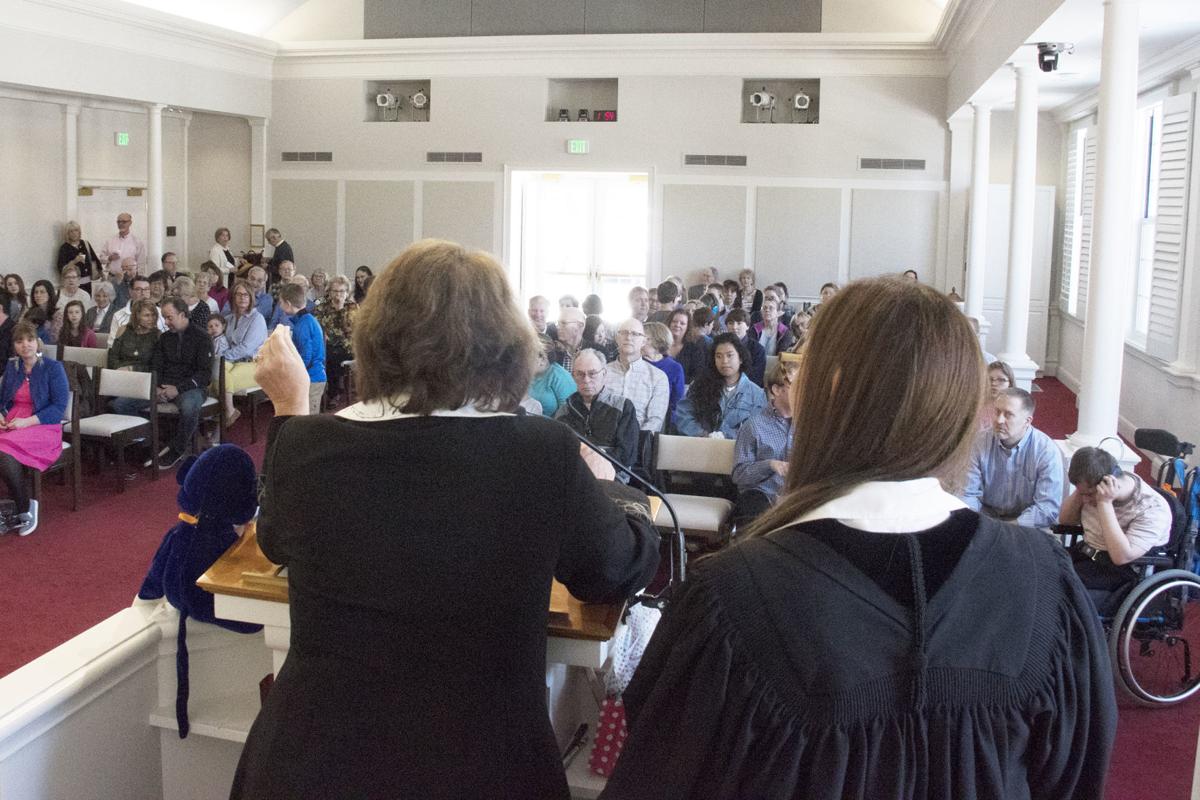 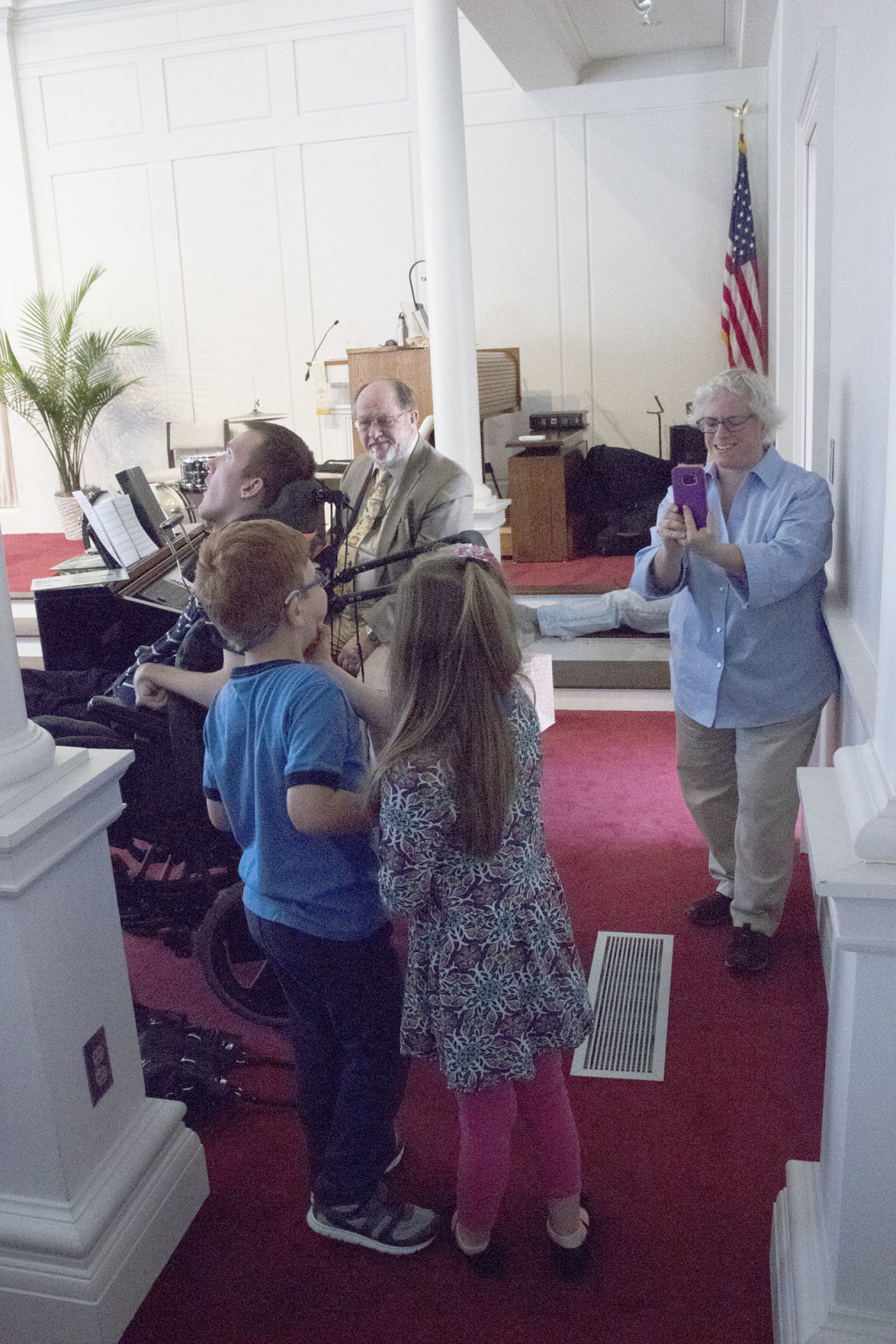 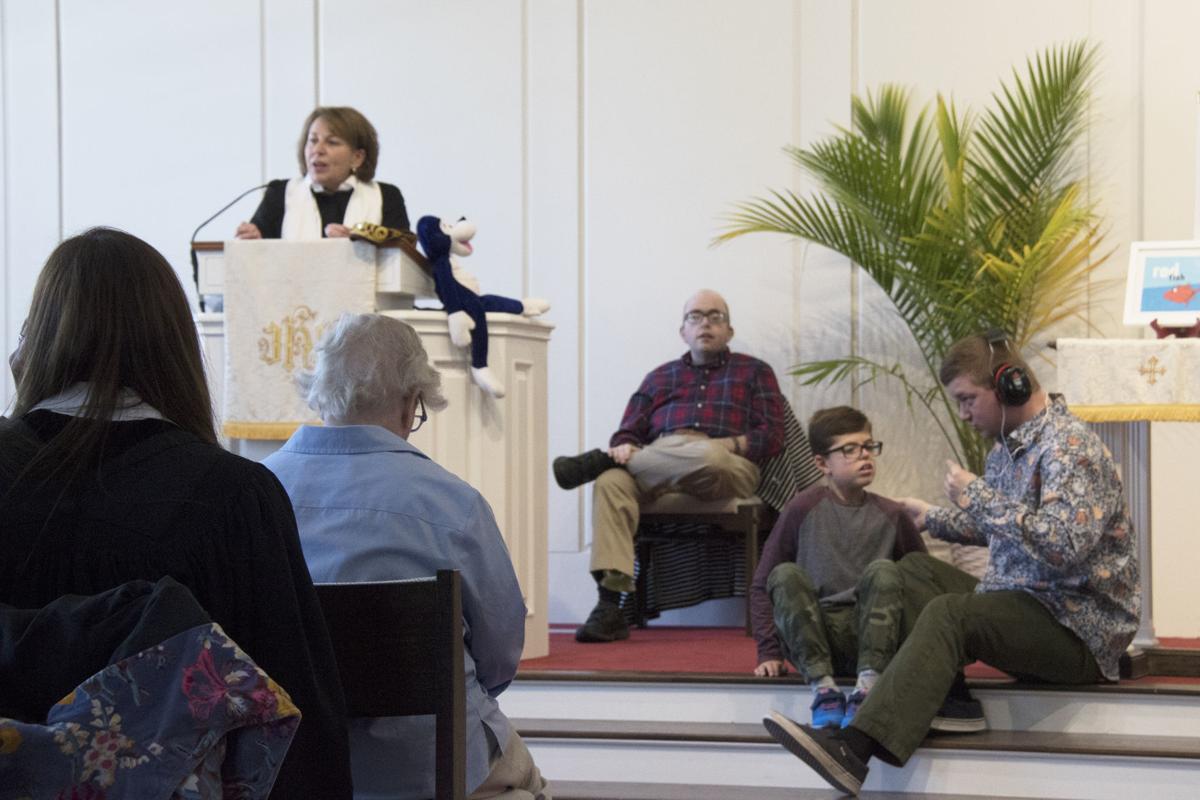 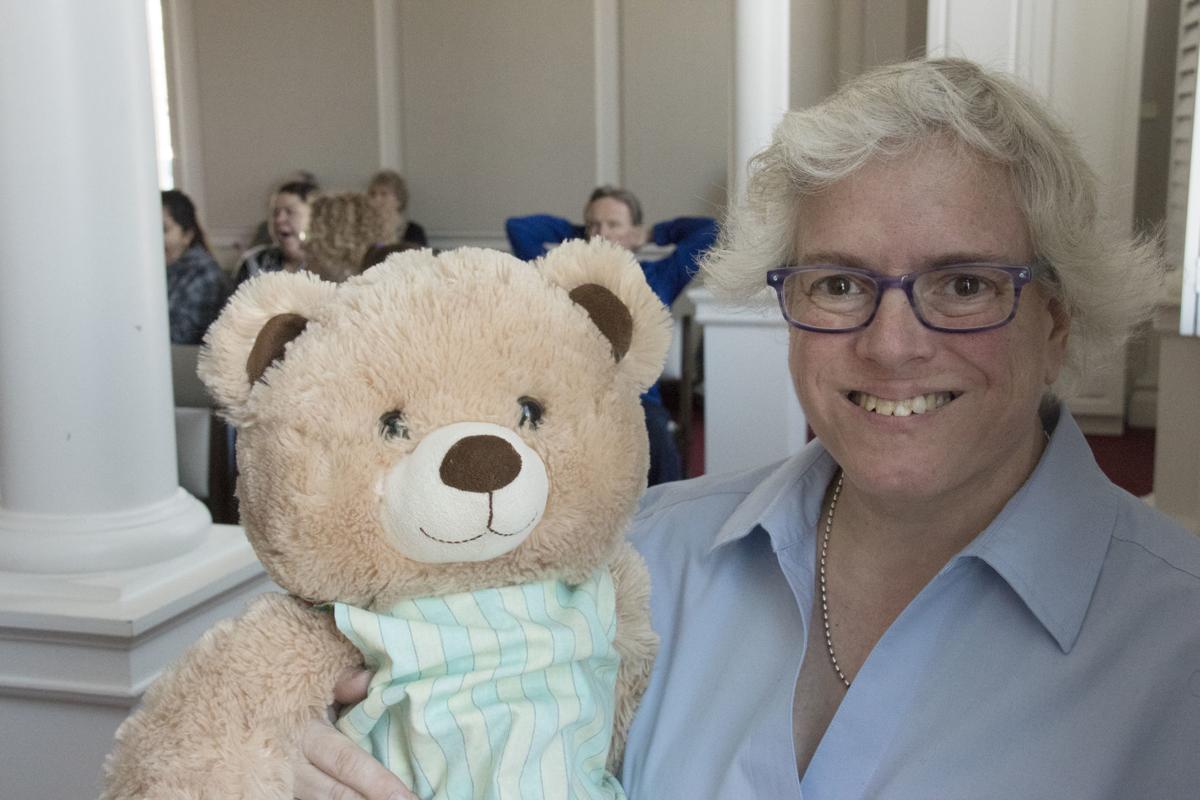 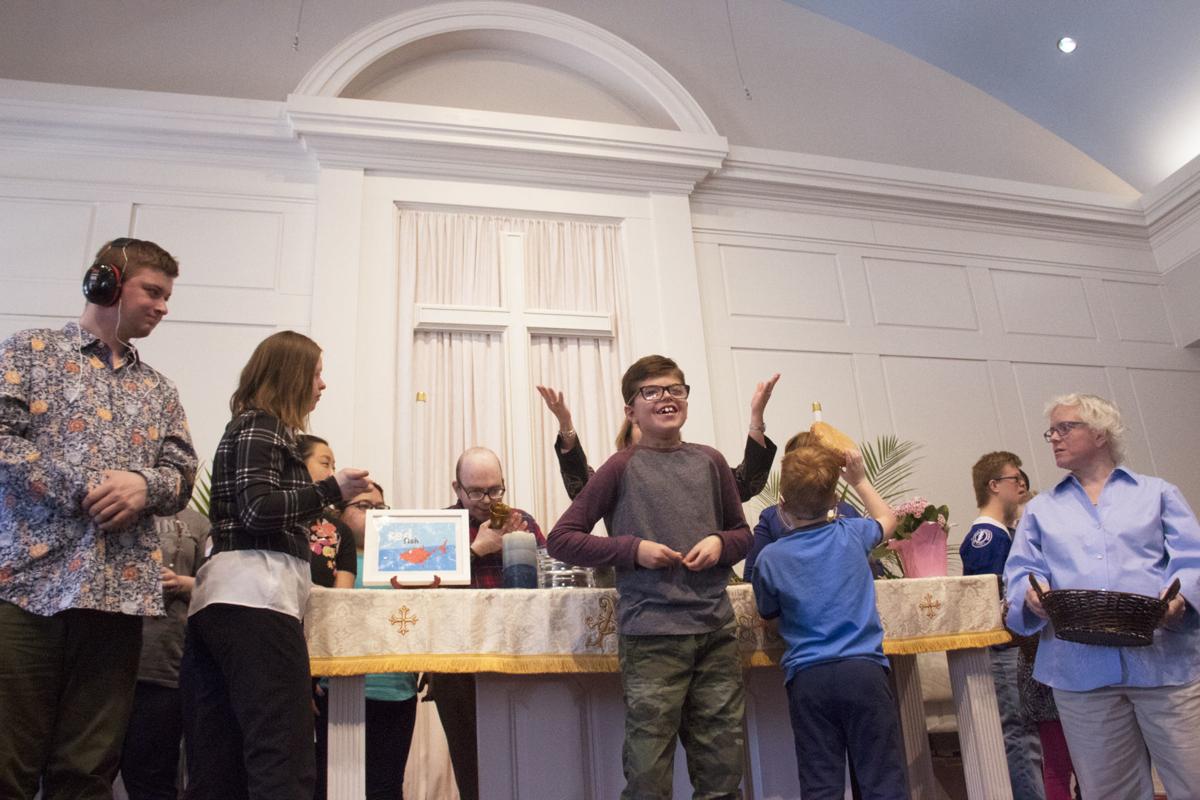 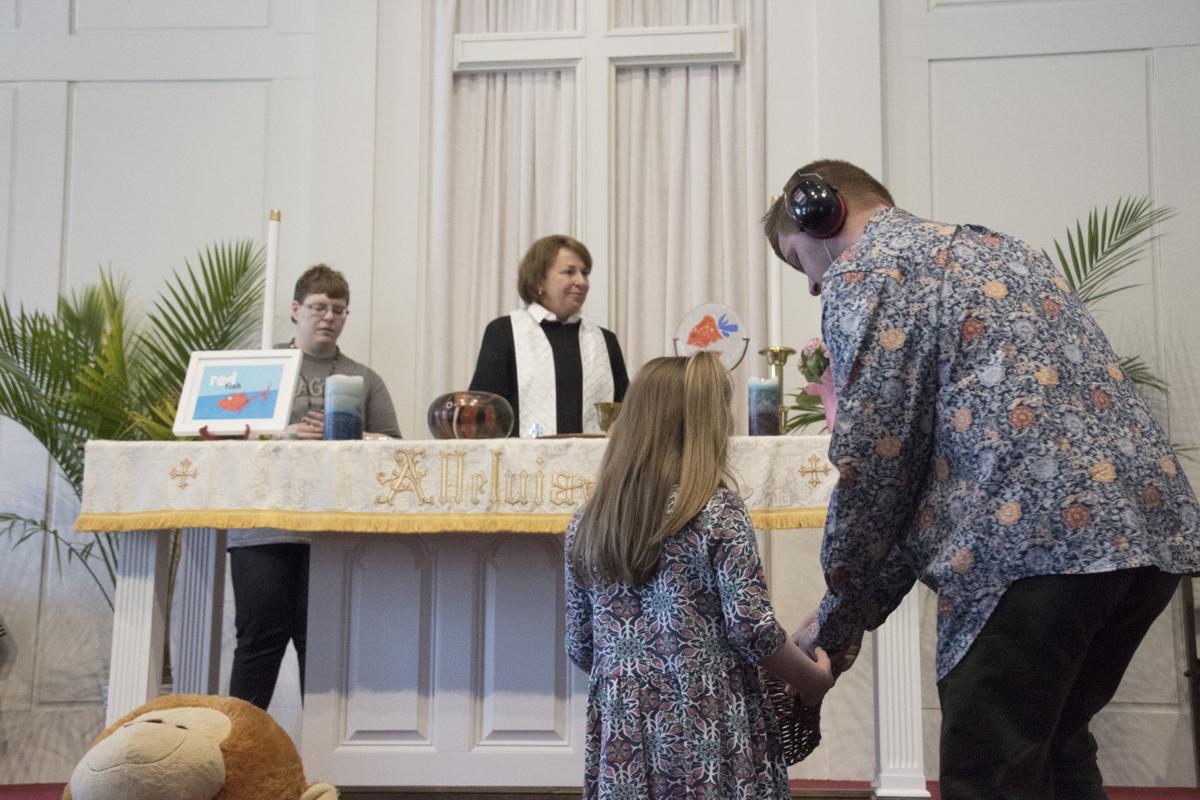 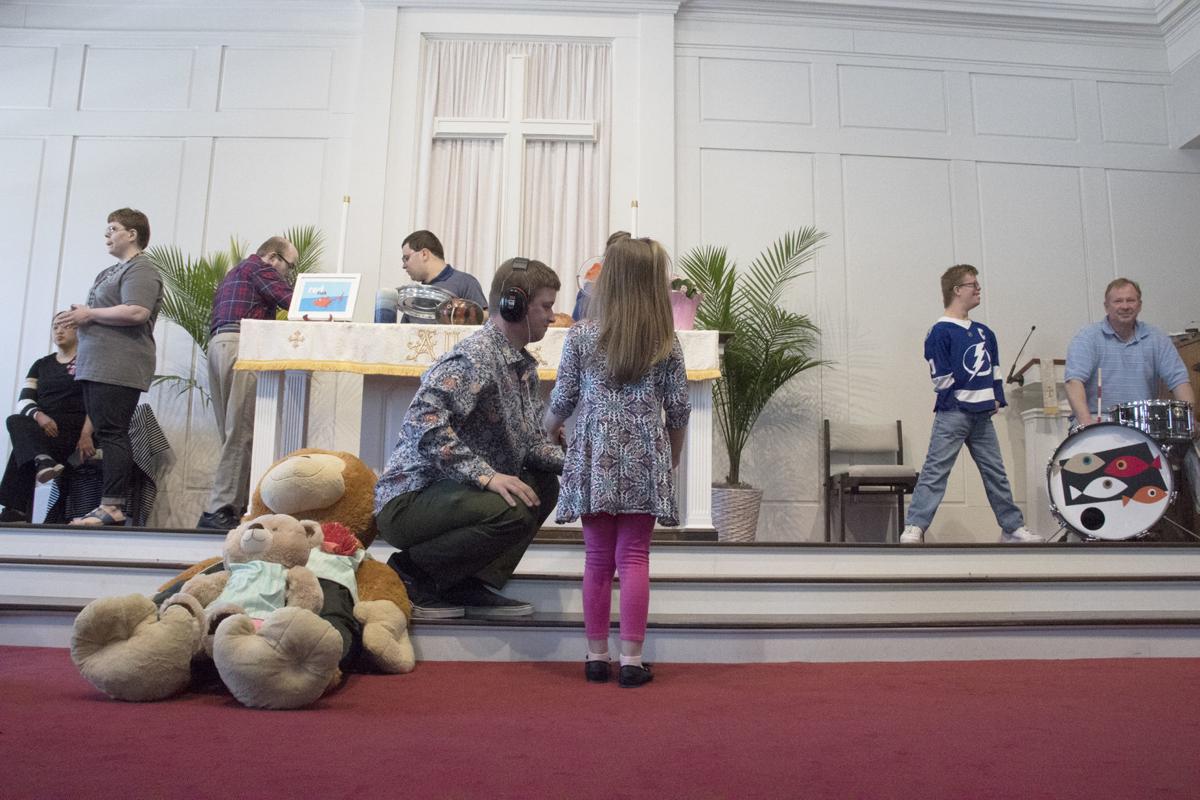 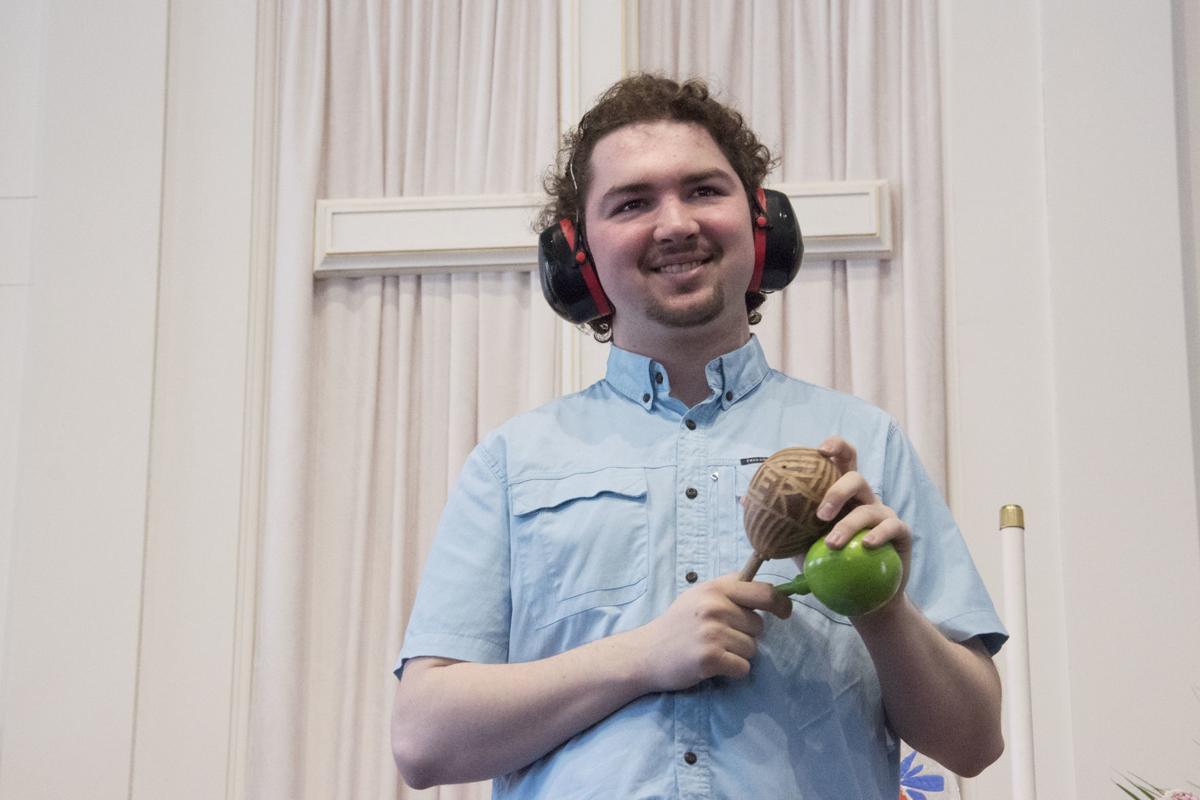 Other than that, attendees have the freedom to come as they are and worship as they are, she said.

Allie Henley, 25, would recommend the service for its energy. Brennan Riley, the “hugs ambassador,” ensures most everyone receives a bear hug before the service is over. Marnie Buratto, 53, has stuffed animals on hand for anyone who might need it.

Parables is a worship service designed for people with disabilities and their families, led by Neugent at 10:30 a.m. Sundays at the Wayzata Community Church chapel. The church has been recently recognized as a community partner by Hammer Residences.

The service began after Neugent finished seminary and said she felt called to serve in Wayzata. Neugent’s son has Down syndrome, and she and several other families began a parent support group. Slowly, the idea of a service tailored for people with disabilities and their families formed.

What would they change to make it more accessible? For routine, they choreographed a series of songs and prayers that would be used weekly. The meditation was the only element that would change, but Neugent wanted it to highlight relatable experiences.

“By the time we launched,” Neugent said, “we were so ready for Broadway. Everyone, mostly, and our kids were getting used to it, but our families trusted each other. That was key, so that when new people came, they could feel that everything was cool, that they would be OK.”

Parables began five years ago, and it’s been steadily growing since, Neugent said.

Buratto is a third-generation worshiper at Wayzata Community Church. She helps throughout the service, occasionally snapping photos on her phone of moments meaningful to her.

“I have a gift with people and with people with special needs,” she said, “communicating with them and getting people to feel special.”

Her mother recently told Buratto that being in Parables made her the happiest she had ever seen her.

“Parables are special to me because I also have special needs,” she said.

The service gives her a community she hasn’t quite had access to since she was a younger, she said.

Frequently for younger families, attending conventional church services has the potential to be stressful. If there’s a child who is making noise or needs to get up and move around, they might appear a bit bothersome to others.

Neugent said she has been critiqued at conferences. Others have seen making a separate service as segregation.

“My response to that is, actually, we’re empowered,” she said. “We are tired of having to be people we are not. So we’re trying to be who we are in this space and we’d like to invite you, the larger congregation, to come and be with us.”

On a typical Sunday, 120 people fill the chapel’s pews, a third of whom are folks without ties to people with disabilities. They come simply because they cherish the atmosphere, Neugent said.

“We have a lot of people, particularly the ones from Hammer, who are really high functioning, and they could go to any service,” she said. “But they come to ours because they can lead it, because they can minister.”

Wayzata Community Church and Hammer have worked in tandem since the 1970s.

Hammer CEO John Estrem said several churches in Wayzata have helped Hammer through the years, and people with disabilities attend Parables with Hammer volunteers’ help. The Wayzata Community Church gives grants to Hammer to contribute to their work, Neugent said.

“We were founded on the belief that all people should have the opportunity to engage in life like everybody else and church is a big part of that,” Estrem said. “Churches have always been on the cutting edge of stuff, whether it’s welcoming refugees or people with disabilities. Again, not perfectly, but they kept trying.”

Some families would prefer that their family member with a disability express their faith among the bigger congregation, he said.

“Our staff are driving around to a lot of churches,” he said, “but very few places where there’s been anything like this.”

Elizabeth Riley, Brennan’s mother, said what sets the Parables service apart is the chance to lead. Before Parables, the family had stopped going to church, she said.

Brennan was 5 years old when they first attended Parables, she said, and couldn’t talk at the time.

“So to see him stand up in front and speak from his heart is really empowering as a parent,” she said.

The families are all walking similar paths she said.

“It speaks volumes to know you’re not alone,” she said. “When you are gone, people notice. It’s family, and it’s home.”

The Wayzata Community Church will hold a "Faces of Parables" photo gallery event.

Food and beverages will be served at each event.

The photo collection was inspired by the Parables summer camp experience.

"The Parables community is so excited to share their unique beauty and talents in a way that enables them to introduce themselves to you," the announcement says.