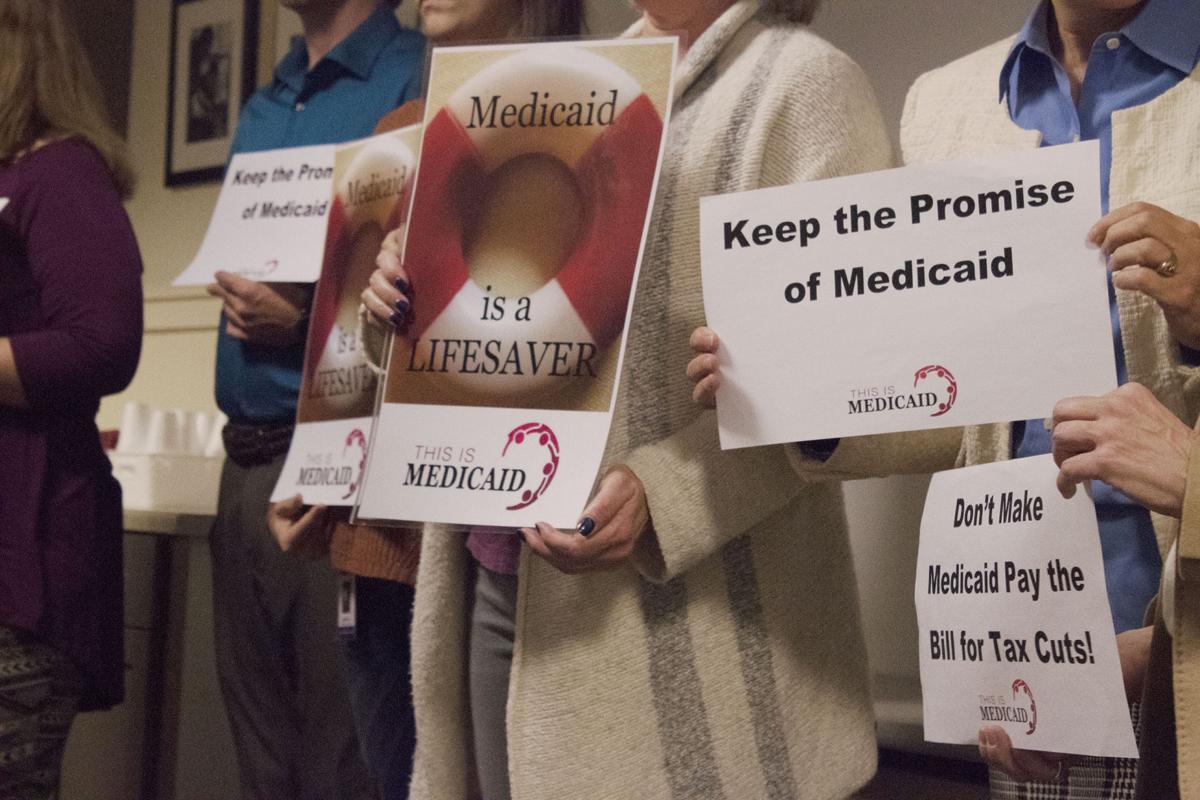 People with signs joined storytellers at the press conference on Wednesday, Nov. 1. 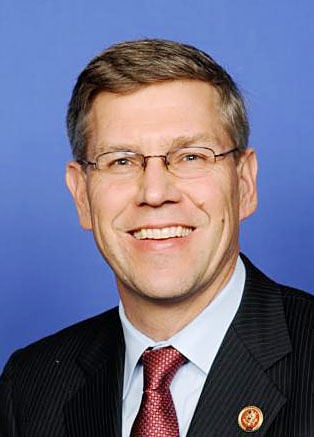 WAYZATA — When representatives told stories of people who depend on Medicaid to live comfortably, each had the same message: cuts to Medicaid would depreciate life for many in Minnesota.

It was part of the This is Medicaid Coalition, calling on 3rd District U.S. Rep. Erik Paulsen, a member of the House Ways and Means Committee, to prevent cuts. The committee is where tax bills originate. Spending, however, is up the House Budget Committee.

“Paulsen sits on that committee and has a critical role to play in ensuring that Medicaid care of 1.2 million Minnesotans are not put in jeopardy to fund these tax cuts,” said Susie Emmert Schatz of Lutheran Social Services.

The Republican tax bill released Thursday, Nov. 2, proposes $4.1 trillion in cuts over the next 10 years to entitlements such as Medicaid.

As representatives talked, a crowd of people stood behind the podium. They held signs saying “keep the promise of Medicaid,” “Medicaid is a lifesaver” and “Don’t make Medicaid pay the bill for tax cuts.”

Hugh Kirsch of Hammer Residences said the nonprofit, which has over 40 homes and apartment programs and serves about 200 people, relies upon Medicaid funding to keep the doors open.

It was a Medicaid-funded program that allowed his 22-year-old son, who lives with autism, to grow into an active member of the community, he said. Without Hammer, his son’s life wouldn’t be the same it is now.

“It frightens me when I look back,” he said. “I don’t know where he would be to be totally honest. I know when people hear the word ‘entitlement,’ they often think in terms of giving money away, hand over fist. I’m here to tell you that’s not the case.”

The service provides meals on wheels, and when clients deliver food, they do a check-in. Clients need Medicaid to remain independent, Sandler said.

“Once someone goes into a nursing home, those services’ costs go way up,” she said. “So keeping people independent in their home is going to be the least expensive way to do that. These tax cuts would make that almost impossible for many of our clients to remain independent.”

Following testimonials, Emmert Schatz went returned to the podium and addressed Paulsen, saying don’t “use Medicaid as a piggybank for tax reform.”

Paulsen could not be reached for a comment, but he wrote in a commentary for the Lakeshore Weekly News that America's tax code as it is, is broken.

"Seniors, and baby boomers soon to become seniors, are at great risk because their own savings and the government’s ability to fulfill its Social Security and Medicare commitments could be undermined if we don’t grow the economy at a higher rate," Paulsen wrote.