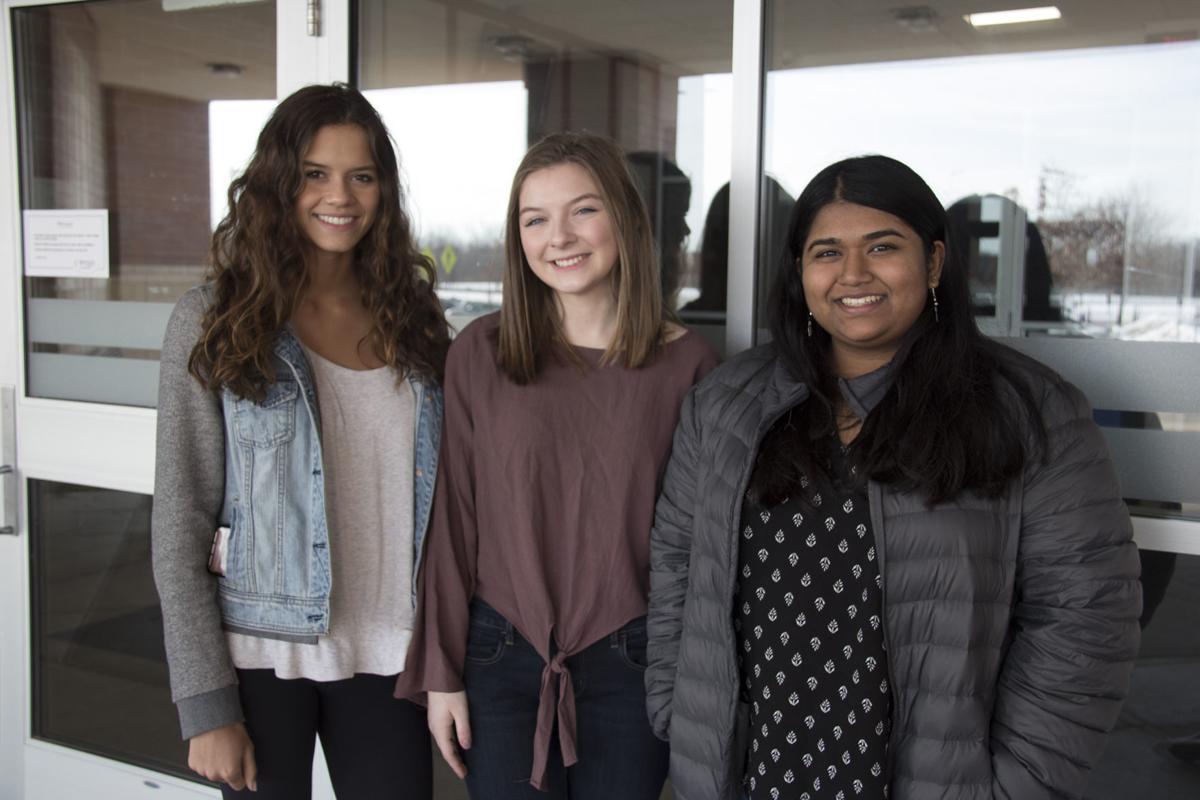 Maddy Torres, Stella Olson, Ishani Roychowdhury and Ruchika Kamojjala (not pictured) are the student organizers of the West Metro Walkout at Wayzata High School. Olson, Roychowdhury and Kamojjala have participated in an activist club at the high school since 2016. 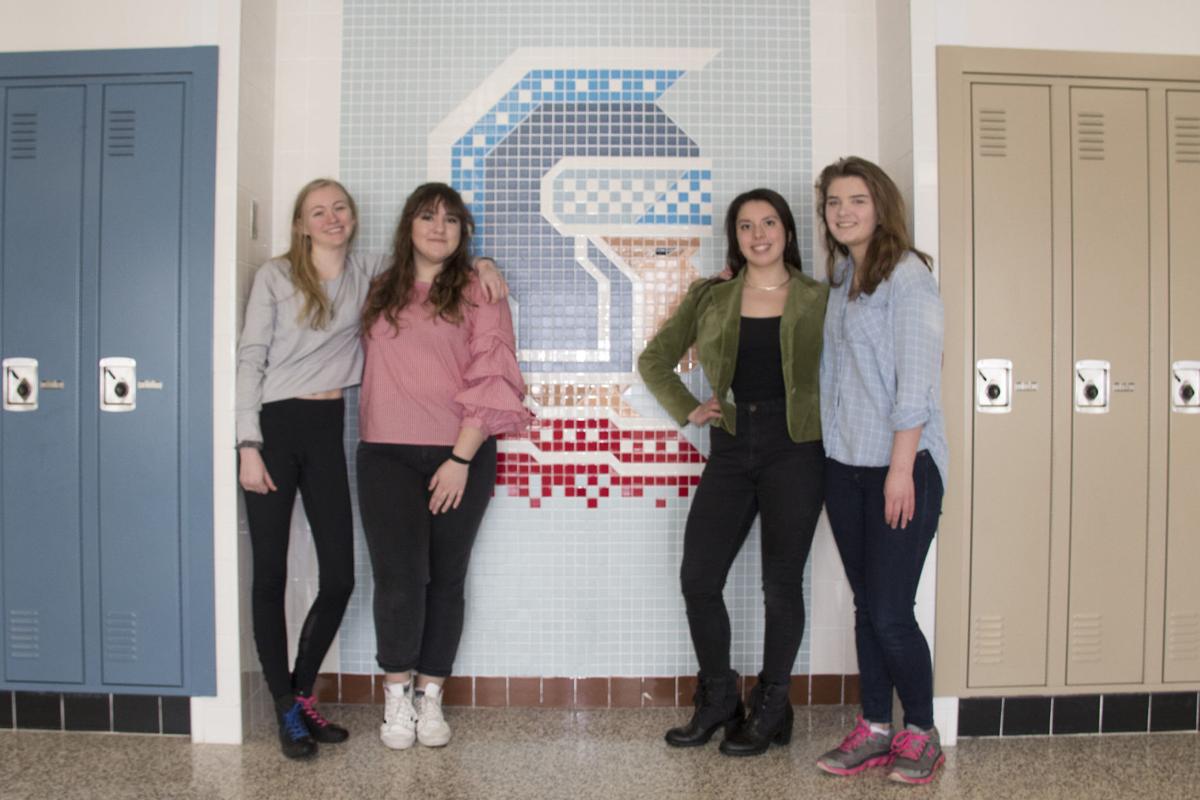 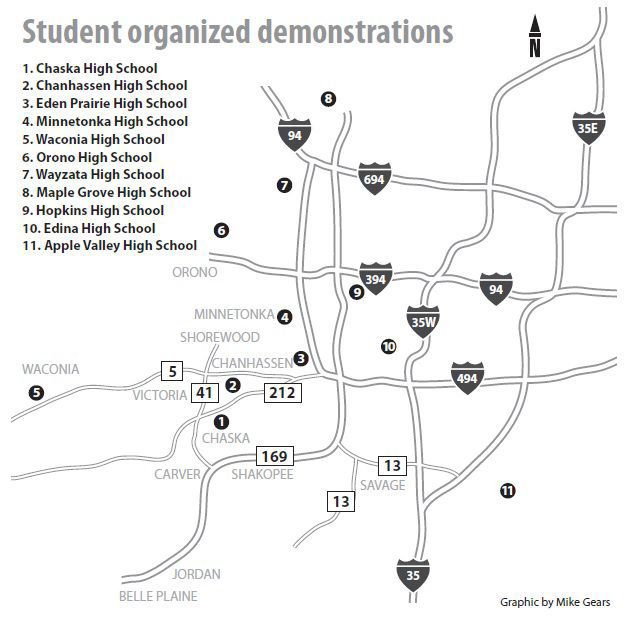 Moments like hearing balloons in a neighboring classroom pop in succession caused students to jump in their seats and fear the worst, she said. In between classes, Olson googled ways to stay safe during a shooting.

Fellow student Maddy Torres’ parents suggested looking into purchasing a bulletproof insert to keep in her backpack, just in case.

Shortly after the Parkland High School shooting on Feb. 14, the Women’s March announced a nationwide school walkout: That high school students across the country would leave campus for 17 minutes at 10 a.m. March 14 to recognize the 17 students who died in the shooting. As of Tuesday, March 6, 2,024 high school student groups across the country have said they would join.

Students at eight west metro high schools used social media to connect and form the West Metro Walkout. The organizers from Wayzata and Orono high schools said the march is a recognition of what have been jarring experiences and a call for state legislators to listen to their voices.

Orono High School junior Gabriella Bann organized with fellow students Izzi Bergerson, Kristin Parson and Zoe Larson to plan a walkout. Bann reached out to friends at nearby schools, asking if they were going to have a walkout as well.

Collectively, they met with Students Demand Action on March 1 and held a meeting on March 3 to talk about plans and how each school’s administration responded to the potential of a 17-minute walkout.

“I think students do want a space to talk about their opinions on guns and their thoughts about what’s happening in the country regarding gun violence,” Bergerson said. “And we want to provide information on how they can get involved in the Legislature and movements to make their voice heard.”

“It’s time for us to be the change that we want to have happen,” Larson responded.

Their participation follows a lockdown on Feb. 21, when an Orono High School student posted threats from two social media accounts. For five hours, many Orono schools were on lockdown.

Bergerson, Parson and Larson said they each have immediate family members who are hunters. They formed a Students Against Gun Violence club at Orono High School and said 64 students are involved.

To be connected with high schools closeby is an empowering experience, they said.

To have a walkout is raising awareness for sensible gun reform, they said, but it’s also about ensuring that the students who died in Florida aren’t quickly forgotten about.

Videos shared from the Parkland High School shooting, where students can be seen crouching in classrooms and stacking desks against the door, made the event hit closer to home, the Wayzata students said.

“What sparked it was because of all the coverage that it had,” Torres said. “It’s not that it was intimate, but they were taking videos while it was happening and you could hear people our age being scared for their lives. That made me go: Wow, this is real. We almost felt it.”

Olson said she heard a local reporter compare the size and location of the Florida high school to Wayzata High School and that made her consider it differently.

“I think if we wait much longer, that’s going to be a negative effect on the population of our country,” she said, “because people are slowly just becoming desensitized and rationalizing everything.”

Wayzata High School Principal Scott Gengler sent an email to the student body following the Parkland shooting. He said the students who wanted to participate in the 17-minute walkout would be able to meet in the bus lot, with police presence for security.

“My role and the role of the staff is to help maintain a safe and secure environment for both the students protesting and for the students who wish not to assemble,” he wrote. “Remember that our entire staff and I are here for each and every one of you and that we need to be here for each other.”

The Orono students said their principal, David Benson, has taken steps to ensure their safety during the walkout and the SAGV meetings.

Roychowdhury said the lockdown in Orono was “jarring,” even in Wayzata.

On a Minnetonka High School parents Facebook group, a post’s comment section was shut down after group members debated the legitimacy of a walkout. Some parents wrote that a walkout would be disrespectful. Others said walkouts are meant to be disruptive enough to change the status quo.

Both the Wayzata and Orono High School student organizers said they are aware that some adults and fellow students disagree with the walkout. They have received several direct messages on the West Metro Walkout Instagram account and have heard from classmates.

“Obviously there are a lot of opinions and stuff and we’re trying to keep the opinions out of it,” Roychowdhury said. “But we realize that we as a community have to come together to make a change, to first make a change in policy and then to change minds.”

Following the March 14 walkout, the students said they want to stay active by fundraising, continuing work with Students Demand Action and participation on lobby day.

At 9:30 a.m. on a Tuesday during Spring Break, Prior Lake High School students Hailey Seifert and Hannah Seifert climbed into a Mazda Tribute …