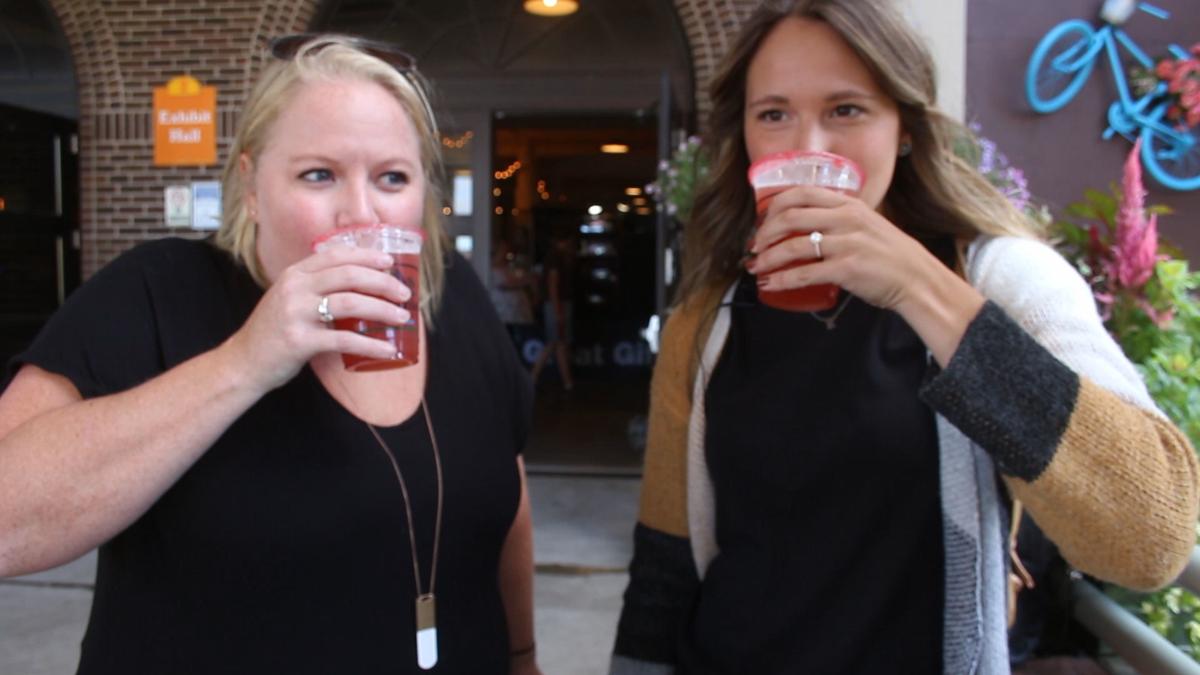 Melissa Turtinen, left, and Maddie Debilzan take a sip of the Cotton Candy Milkshake IPA at the Minnesota State Fair. 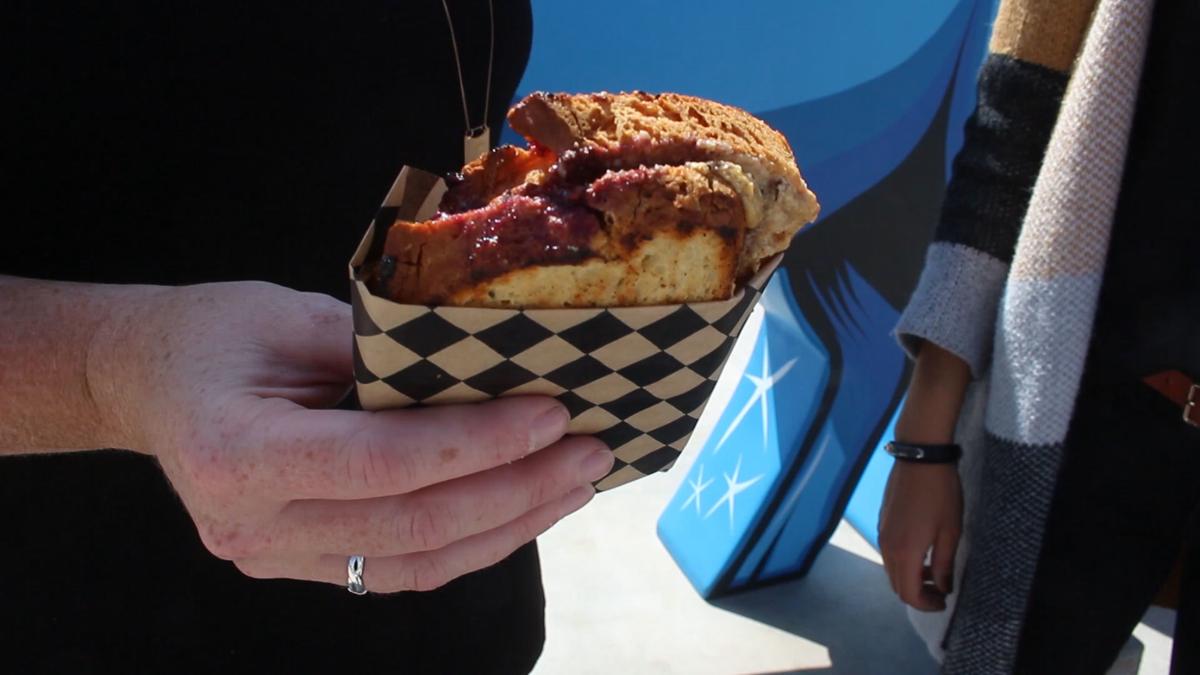 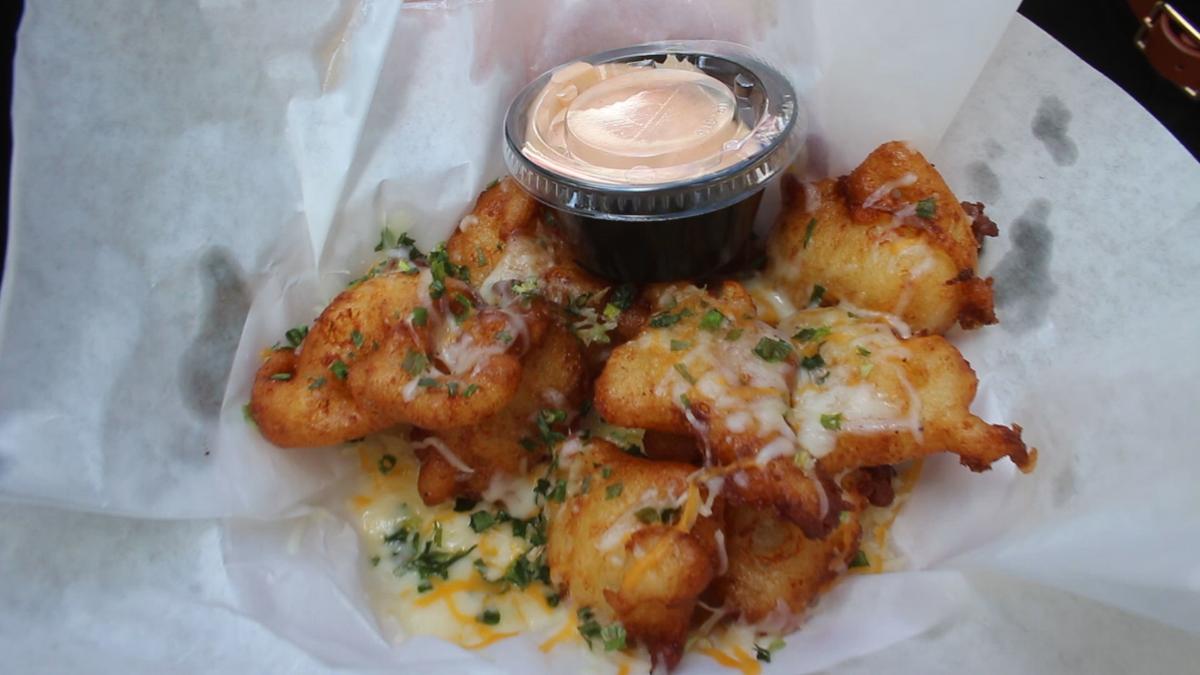 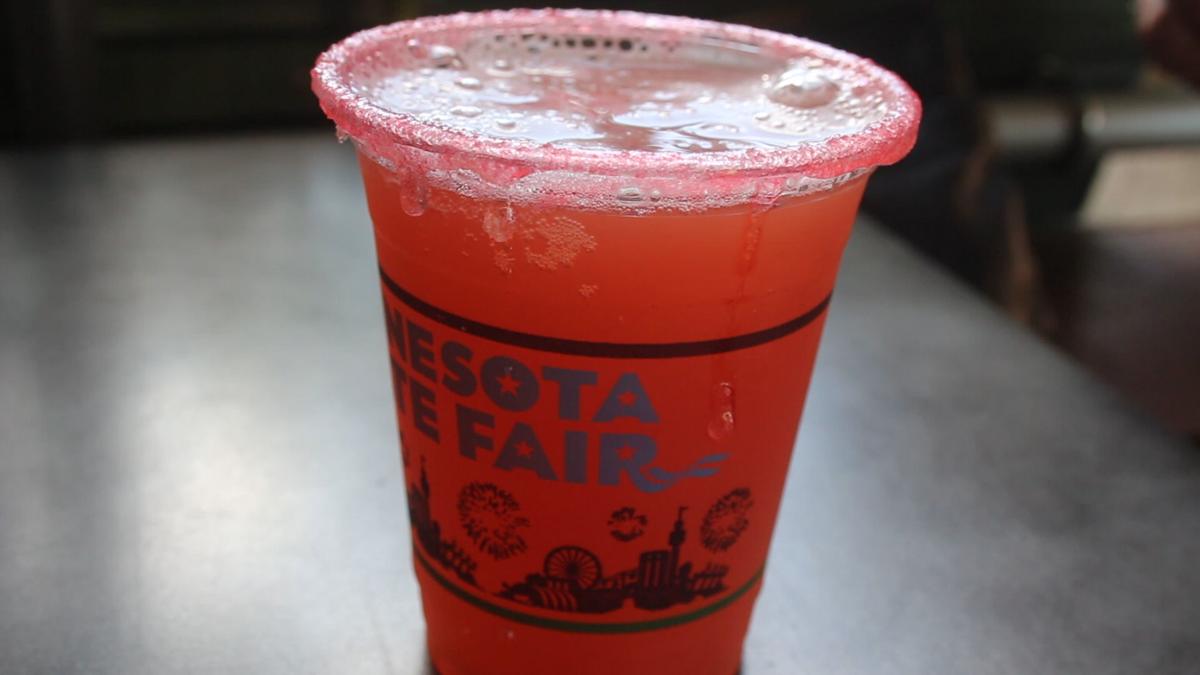 This is the first installment of our new We Tried It column, where we go out and try new, unique foods or drinks in our area. What should we try next? Let us know by emailing mturtinen@swpub.com.

Maddie: I’m not usually an IPA fan, and I’ll pass on cotton candy unless I’m at the Minnesota State Fair, where paying $10 for sugary air is pretty much a rite of passage. But if anything can convert me to becoming an IPA-lover and cotton candy tolerator, it’s this pink drink from my hometown brewery in White Bear Lake. The cotton candy sugar on the rim of the cup added the perfect amount of sweetness to the beer’s smooth and rich flavor. Maybe unicorns are real, after all.

Melissa: I love a good IPA, and I think when drinking beer at the Minnesota State Fair you should focus on drinking the gimmicky beers concocted by our local breweries — this beer was perfect for it, and it tasted good. Sometimes I don’t like sipping on IPAs when it’s hot outside or while walking around the State Fair, but the cotton candy sugar around the rim of the glass helped cut the bitterness of the IPA, making it a great beer to drink at the fair. I would totally get it again.

Maddie: I was skeptical when we walked up to the Funnel Cakes stand to order something without powdered sugar or whipped cream on top. But I’m glad we did. These savory bites had the delicious greasiness of State Fair cheese curds and a subtle richness that paired perfectly with the sriracha aioli. For fairgoers who can only stomach a few cheese curds at a time, try these cheesy funnel cake bites instead.

Melissa: I thought this was going to be fantastic for the first bite, but be too much after that. I was completely wrong. The crunchy, cheese-infused, deep-fried bites of funnel cake were delicious and not too rich. They were delicious dunked in the sriracha aioli or plain. Maddie and I were happy to gobble up this fair food, and admitted we could have eaten an order by ourselves.

Maddie: Perhaps fairgoers who are dairy-free and/or gluten-free would appreciate this sandwich more than I did. But the only thing I could say about Grilled Sota sandwich is — well — it’s a fancy name for a toasted peanut butter and jelly sandwich on gluten-free bread. If I wanted a PB and J, I would have packed one in my purse, and added far more jelly.

Melissa: I was very intrigued to try this new fair food from Brim, a new vendor at the fair, because it had gotten good reviews and our readers voted for us to try this. Well, I was disappointed. The Grilled Sota Sandwich was just a toasted peanut butter and jelly sandwich that I’d rather just make at home than pay $9 for one at the fair.

We Tried It is Southwest News Media’s new monthly food series where newsroom members Maddie Debilzan and Melissa Turtinen try fun, unique food or drinks and give their honest reviews. Have an idea for what they should try next? Drop a line to Melissa at mturtinen@swpub.com.

A new State Fair beer by Big Wood Brewery in White Beer Lake. The IPA is 5.1% ABV with 15 IBUs and is served in a glass rimmed with pink cotton candy sugar.

Where you can get it: It's a State Fair exclusive found at The Hideaway Speakeasy, located in the Veranda of the Grandstand, upper level, northwest section. $5.25 for a 12-ounce beer, $8.50 for a 20-ounce beer.

Where you can get it: Funnel Cakes stand on the north side of Dan Patch Avenue between Nelson and Underwood streets. It’s $8.

Cinnamon nut butter and Minnesota blueberry marmalade served warm on Irish soda bread made by Brim, a restaurant in Minneapolis, that is a new vendor at the fair this year.

Where you can get it: Brim in the northwest section of the North End. It’s $9.

We Tried It: 4 crazy candies from Minnesota's Largest Candy Store in Jordan

If you drive down Highway 169 through Jordan, you can’t miss it — it’s a giant, yellow building with a huge sign that reads “Minnesota’s Large…