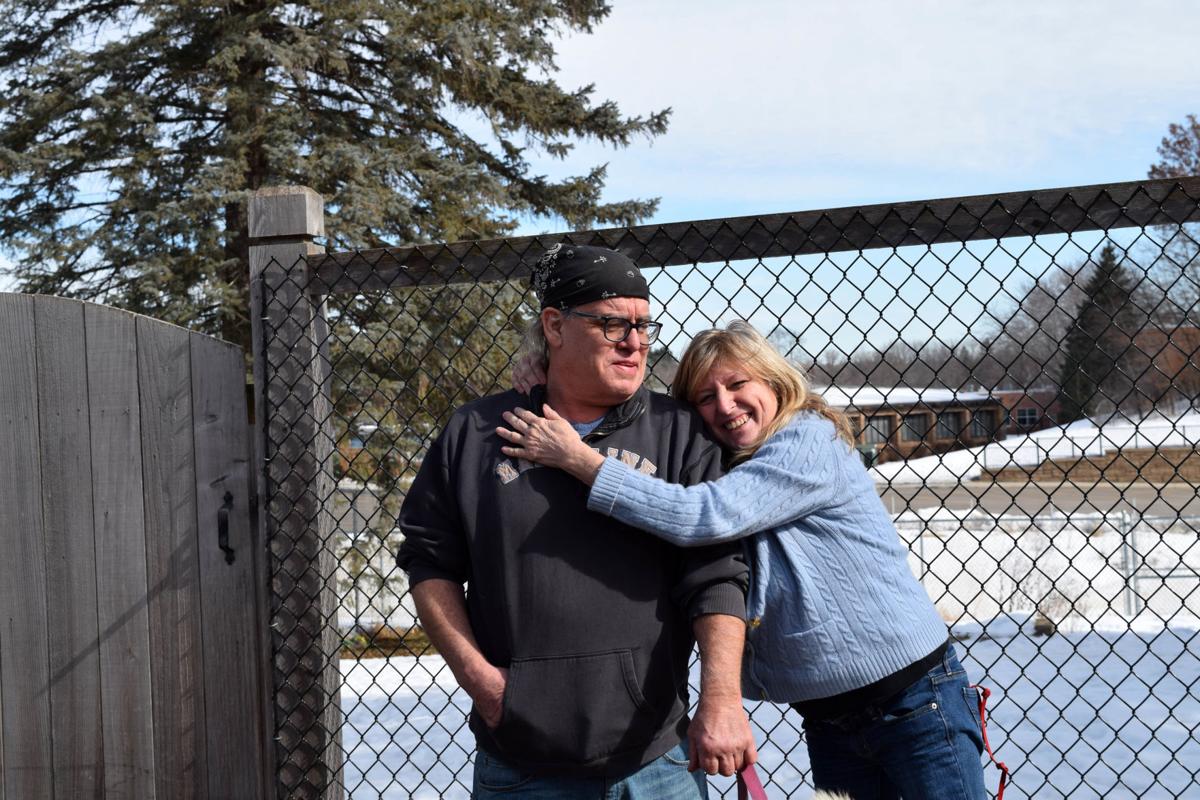 Tom, left, and RaNae Kolstad are sad to be closing Kolstad’s K-9 Acres dog boarding facility in Minnetonka, but they say they’re excited to embark on their retirement. 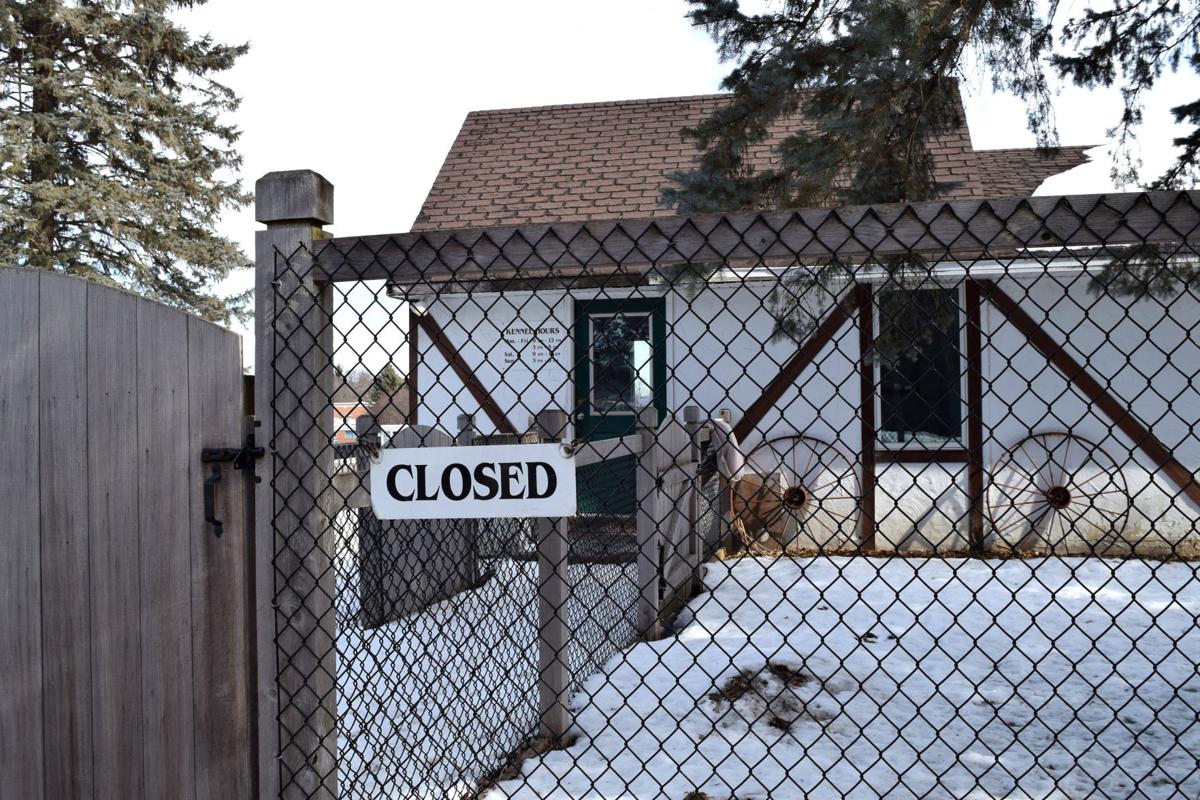 A closed sign has hung on the fence at Kolstad’s for about three weeks now. The Kolstad’s land consisted of a few buildings, including the boarding facility with kennels on the lower level and a few on the upper level. 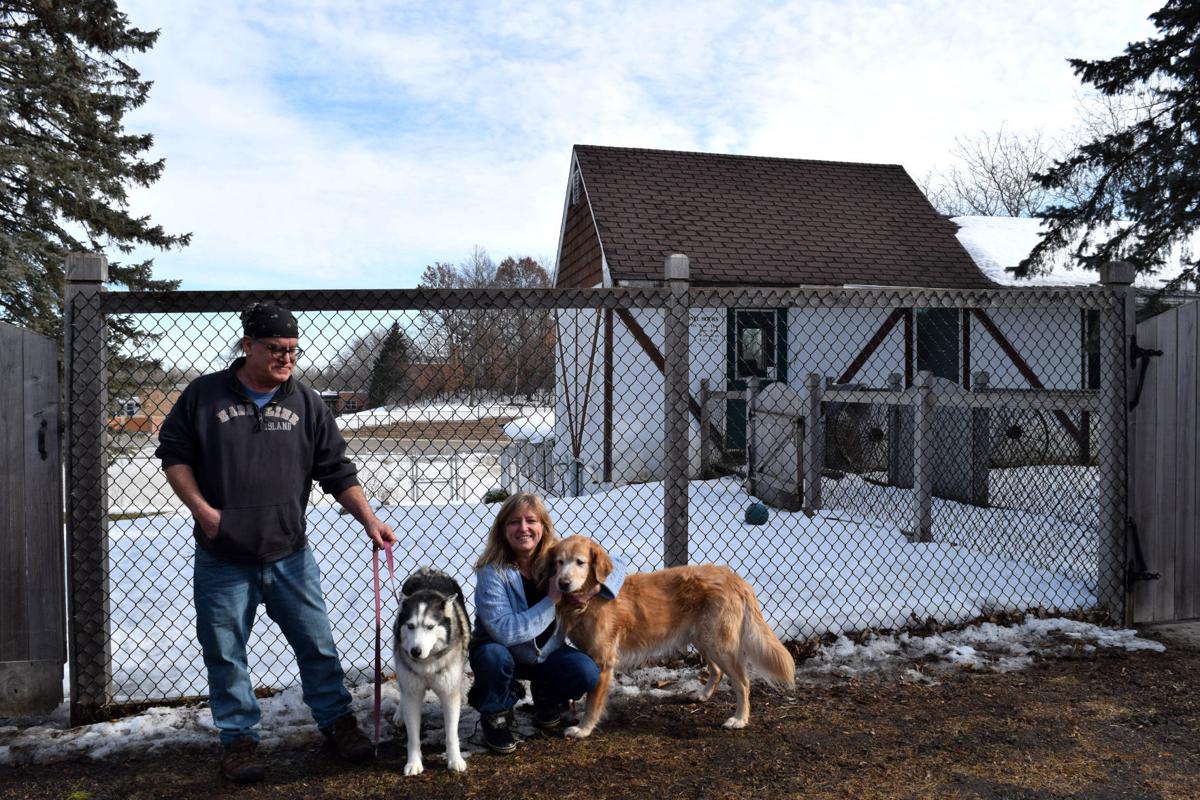 Tom and RaNae Kolstad, with their two dogs, in front of their boarding facility. They’re moving to Carver County after selling the property to the Minnetonka School District.

Tom, left, and RaNae Kolstad are sad to be closing Kolstad’s K-9 Acres dog boarding facility in Minnetonka, but they say they’re excited to embark on their retirement.

A closed sign has hung on the fence at Kolstad’s for about three weeks now. The Kolstad’s land consisted of a few buildings, including the boarding facility with kennels on the lower level and a few on the upper level.

Tom and RaNae Kolstad, with their two dogs, in front of their boarding facility. They’re moving to Carver County after selling the property to the Minnetonka School District.

MINNETONKA — Tom and RaNae Kolstad haven’t taken a vacation since 2005.

The couple has spent the last 30 years getting up at 5 a.m. to take care of up to 60 dogs who were left in their care at their Minnetonka dog boarding facility, Kolstad’s K-9 Acres.

The Kolstads recently closed the dog boarding facility at 5735 County Road 101 because it is selling the property to the Minnetonka School District.

The school district has not yet decided what it will do with the land, Getty said.

Melba Kolstad, Tom’s mother, opened and operated Kolstad’s K-9 Acres in 1954. She worked with the dogs until she was well into her 80s, the Kolstads told the paper. Tom, who was born in 1955, grew up on the same property he and his wife just sold, working with his mother. The customers and the dogs just loved Melba, Tom said. When she couldn’t take on the work anymore, RaNae took over as the face of the Kolstad’s.

“Thank God for her because without her we wouldn’t have all this,” RaNae said. “It was her passion. She was an amazing, amazing woman.”

For a while, the facility dabbled in dog training, with Tom’s father training police dogs for local departments and helping owners who boarded at Kolstad’s train their pooches.

The Kolstads ran a simple boarding facility — there were no cameras and no pet spa like many facilities have now, but there was a lot of love and attention for the animals. The dogs were kept in kennels and let out many times a day to the facility’s large fenced-in yard. Rather than letting all the dogs outside at once, RaNae would let them out in groups according to the mental track record she kept of which dogs got along and which ones didn’t like other dogs.

The couple decided to close the facility for a few reasons, the main one being none of their children wanted to take over the family business and they both were ready to retire.

Over the years, the facility faced some setbacks due to a changing pet care industry and people looking for pet hotels and spas instead of regular boarding facilities (Kolstad’s was never going to move in that direction) and the loss of land over the years due to eminent domain projects. The Kolstad’s property started out at around 10 acres, but 2.5 acres was taken for the expansion of Highway 101 and for projects at neighboring Clear Springs Elementary, which resulted in the loss of a lot of trees that buffered their facility and the school.

“We used to be quite separated from the school and now it’s like we’re part of them,” Tom said. “It took away all our privacy.”

The couple is moving to San Francisco Township in Carver County, where they have purchased a new home and 52 acres of land for their six kids and (almost) 11 grandkids to roam.

For RaNae, leaving the customers, the owners and the dogs, behind is the hardest part, she said with tears welling in her eyes.

“There goes your social life,” Tom joked and RaNae gave him a little shove.

Kolstad’s customers have been understanding of the couple’s decision to close Kolstad’s, many telling them it’s time for them to take a break, they said. However, customers who have used Kolstad’s for years or decades are not sure where to board their dogs now.

Phyllis Alsdurf boarded Lloyd, her miniature golden doodle, at Kolstad’s a few times and was very happy with the facility. She was sad to learn it it would be closing.

“It represented the old way of doing things,” Alsdurf told Lakeshore Weekly News. “Lloyd is well-loved by the people at Kolstad’s.”

For Tom, Kolstad’s closing means leaving behind the only home he’s ever known. He’s sad to see his childhood home torn down, but is excited about retirement and the couple’s new home.

They aren’t sure what they will do with all 52 acres of their new property. But RaNae has some ideas — she mentioned 20 acres of the land is tillable, so they may grow some crops and she would like to buy a cow. Tom isn’t so sure about the cow, though.