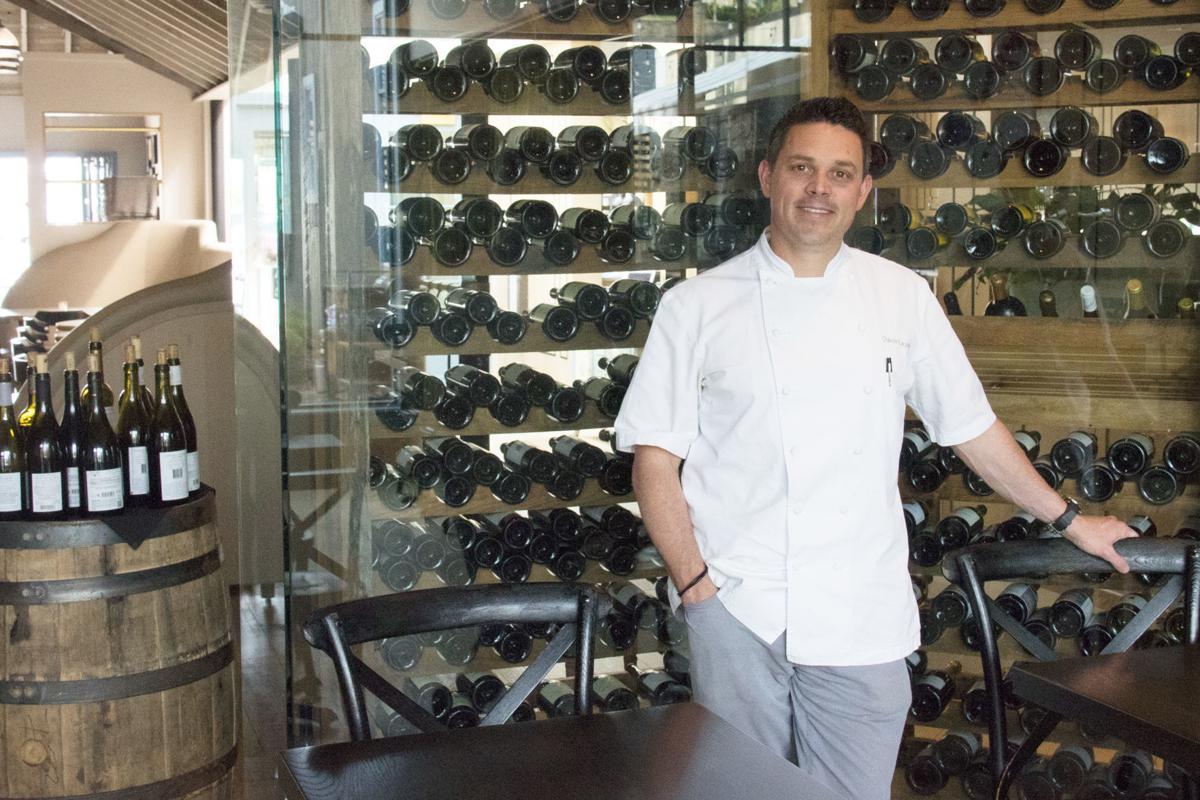 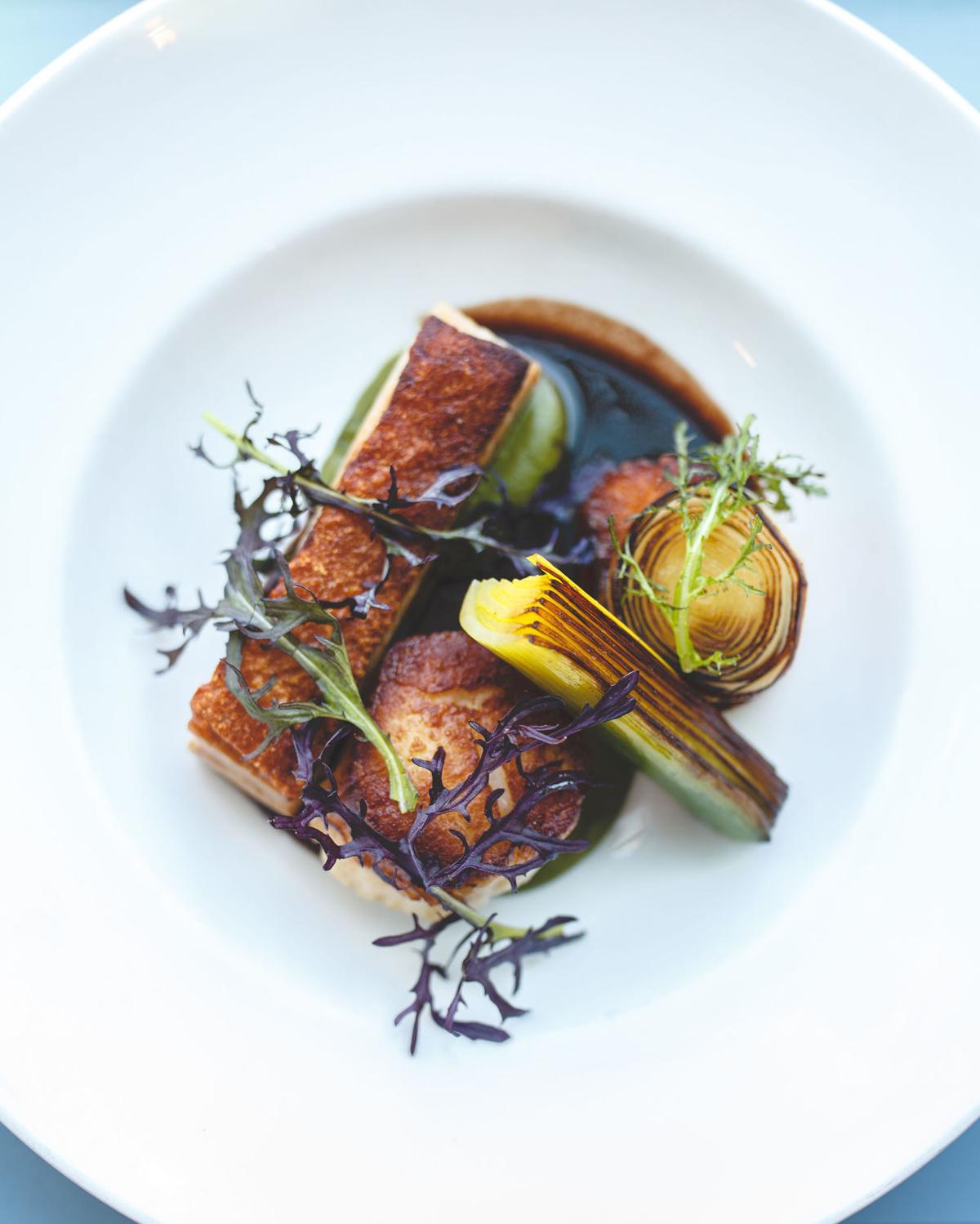 The seared scallops at Bellecour in Wayzata are served with smoked leeks, pork belly, sauce meurette and mustard frill.

WAYZATA — One of the dishes at French restaurant Bellecour is descended from a chef in New York City, and before that, a chef in Lyon.

As owner Gavin Kaysen describes it, the seared scallops are a third-generation dish.

Celebrated French Chef Paul Bocuse created the original version served at his restaurant, L’Auberge du Pont de Collonges, in Lyon. There, it is done with rouget — a Mediterranean fish otherwise known as red mullet. The fish lays in a white sauce with “a little bit” of a veal reduction and is accompanied by potato scales.

Enter the second generation. Daniel Boulud, a Lyon-native and New York City restaurateur, ate the l’Auberge dish and brought it back to his Michelin-starred restaurant. Boulud altered the recipe. He took a sea bass and wrapped it in potato. He served it on a bed of leeks, along with meurette red wine sauce.

“And I made that dish forever,” Kaysen said. “For eight years in New York, I made it every day.”

Kaysen worked under Boulud and learned the Bocuse-inspired recipe. In 2006, he traveled to Lyon and had the dish for the first time at the l’Auberge chef’s table, which sat in the corner of an office.

In addition to the dish, he had fois gras torchon (a liver paste requiring several days of preparation) and truffles.

The etymology of the word “restaurant” is central to the experience at the French restaurant.

“The word ‘restaurant’ comes from the word ‘restoration,’” Kaysen said. “That to me is the je ne sais quois of French cooking. You go and eat on a Sunday and you’re there for five hours. Not because the lunch is that long; it’s because you’re there to enjoy your company, enjoy the wine, enjoy the food and I think that’s always something that I loved when I lived over there.”

Bellecour is named for an expansive, open square in Lyon called Place Bellecour.

The city is east of the center of France. In the past, it’s been known for cinema and textiles. By the contemporary world, Lyon is commemorated for its gastronomy.

Bocuse implemented an international contest there in 1987: the Bocuse d’Or. At each biennial contest, chefs compete representing 24 countries. Kaysen represented the United States in 2007, and now runs Team USA.

Bellecour also earned its name in honor of Boulud and Bocuse, who lit the way for Kaysen.

He recalls seeing an American flag flying in front of Bocuse’s restaurant in 2006. Kaysen inquired Bocuse about the flag, and Bocuse replied that during World War II, he had been shot. An American found him in a field and brought him to the hospital, where he was given a transfusion of American blood. The transfusion saved his life, Bocuse told Kaysen, and the flag was a daily reminder of why he was there.

“What we decided to do was call the restaurant Bellecour in honor of Mr. Bocuse and everything he’s done for American chefs,” Kaysen said.

Bocuse passed away last year at the age of 92.

“He lived an amazing life,” Kaysen said. “He’s such a loved man.”

First the salade d’endives, which has blue cheese, poached pears, pecans and a red wine vinaigrette.

Next the seared scallops, paired with a red burgundy wine.

Finish with a chocolate dessert.