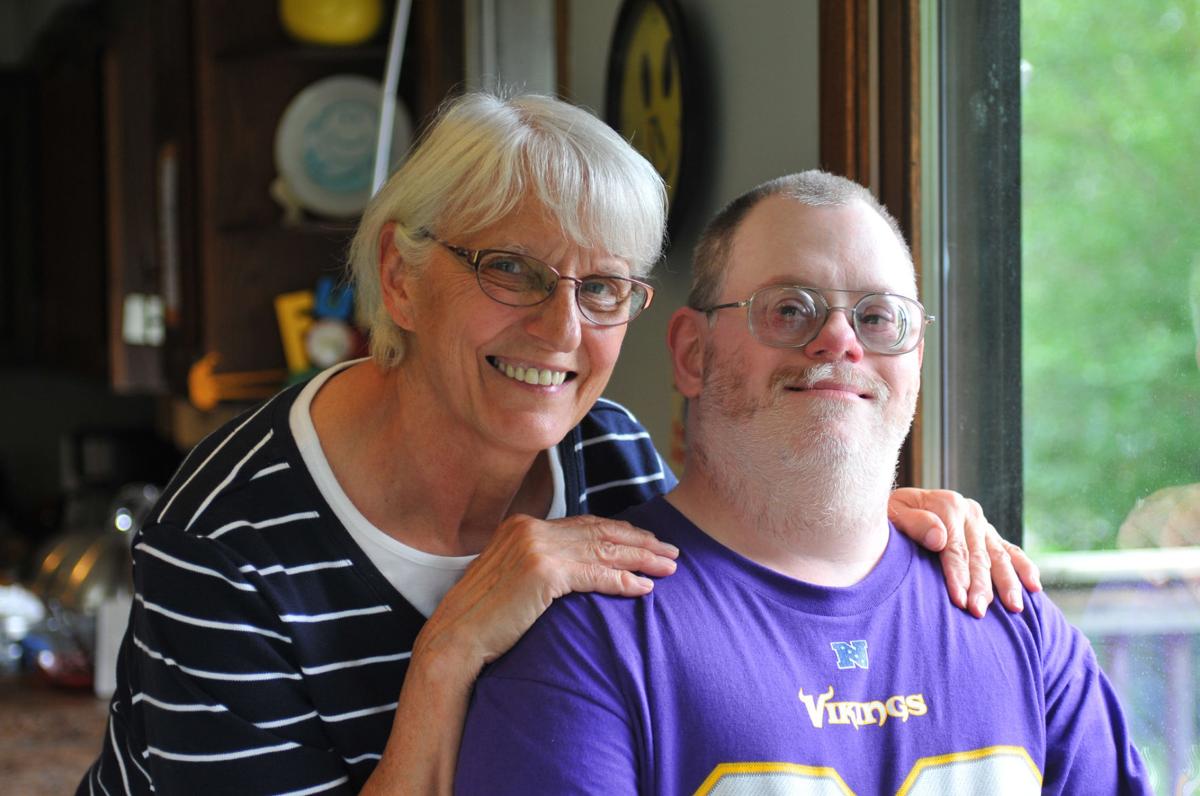 Jan Hopper, left, helped start a Thanksgiving meal at Hammer in 2003. The meal has become a family tradition of food, fellowship, and desserts. She is pictured with David, right, one of the people that Hammer supports. 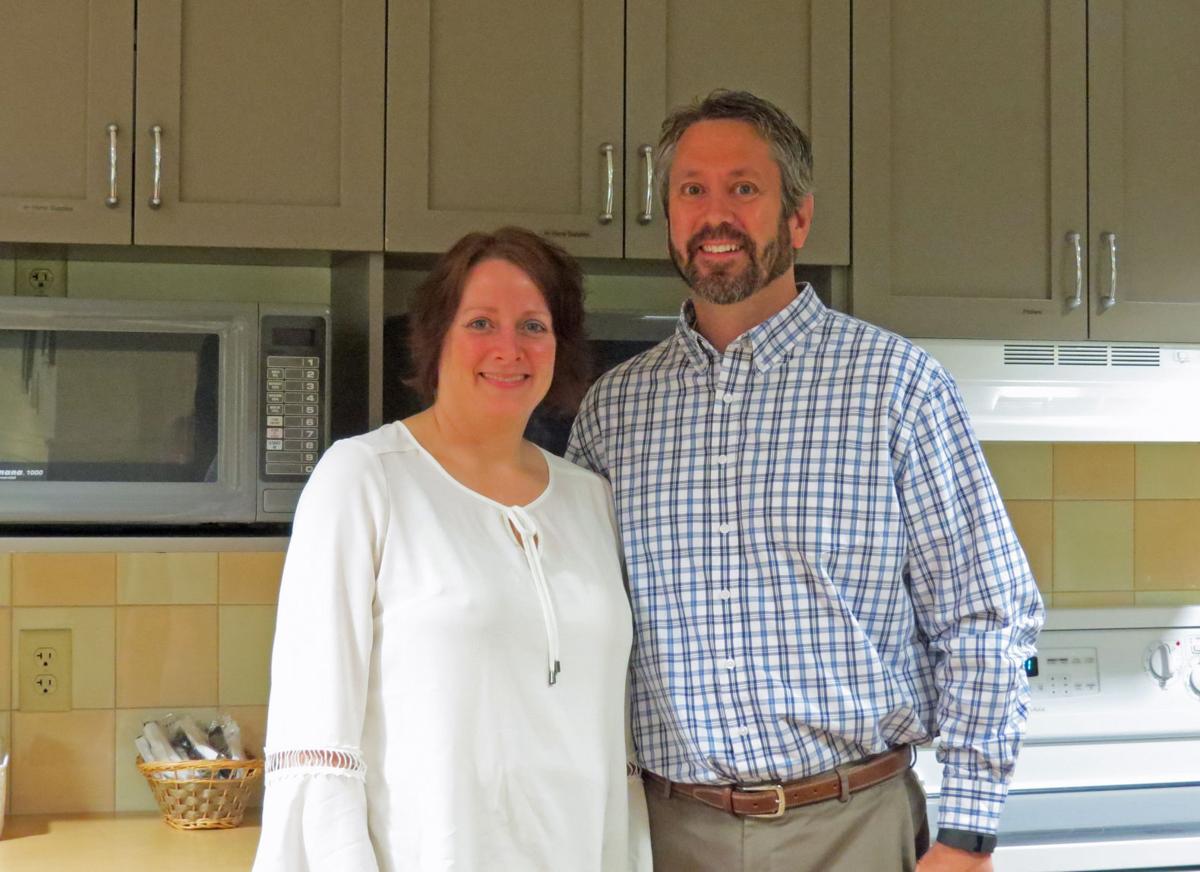 Kate and Dan Bottiger have been helping with Hammer Thanksgiving meals for 11 years. Their two children also participate.

Jan Hopper, left, helped start a Thanksgiving meal at Hammer in 2003. The meal has become a family tradition of food, fellowship, and desserts. She is pictured with David, right, one of the people that Hammer supports.

Kate and Dan Bottiger have been helping with Hammer Thanksgiving meals for 11 years. Their two children also participate.

Everyone supported by Hammer in Wayzata has a chance to celebrate Thanksgiving with a big feast and a lot of friendship.

Hammer has a mission to “provide adults and children with developmental disabilities the opportunity to experience life to its fullest.” One of the ways that is accomplished is by making sure nobody has to spend Thanksgiving alone.

The tradition started in 2003 with Jan Hopper, who has worked for Hammer for 25 years. She met with staff of seven Hammer houses to find a way that everyone there could partake in a traditional Thanksgiving meal. Some of the people used to celebrate with family, but as their relatives aged they no longer had a place to visit. Others never had a place to go on the holiday.

Staff members decided to bring everyone together at the main Wayzata Hammer building where there is a kitchen and large room where they could all eat. As the holiday drew near, other Hammer houses joined in on the plans. For the meal, the managers of the participating houses each chose a dish they would contribute and Hopper cooked three turkeys.

On Thanksgiving Day 2003, 45 people came together at Hammer to eat a meal and celebrate the holiday. Since then, the tradition has continued, and grown to include all of the Hammer residences. People served through the organization’s in-home services have also joined in when they needed a place to celebrate.

Participation increased in the years following the first meals to a high of about 125 people. Then the numbers started decreasing, and last year about 75 people were served, Kate Bottiger said. Kate worked for Hammer for 22 years and is married to Dan Bottiger, who has worked at Hammer for 25 years. The couple has been involved in every Thanksgiving celebration since 2004.

“It’s a good thing,” Kate said of the declining participation. “It means that more people have somewhere to go.”

The celebration isn’t just for people Hammer supports. Many staff participate, and some bring their families. Kate and Dan have two children, Danielle, 14, and Eddie, 12, who get involved. This year, the pair let their children decide whether they wanted to spend another Thanksgiving at Hammer. Danielle and Eddie answered that going to Hammer was their tradition.

Kate was preparing to go shopping with a Hammer staffer Tuesday, Nov. 24, to get all the fixings for the side dishes. She said the ingredients will likely fill two grocery carts. That doesn’t include the turkeys, this year there will be five, which are purchased by the volunteers who cook them. The volunteers can be reimbursed for the turkeys, but Kate said she’s not aware of anyone who has asked for repayment.

The meal will include all of the traditional sides such as stuffing, mashed potatoes and corn. At Hammer, though, the most popular dish is a strawberry and red onion salad. The dessert table is another draw. The people who come to the meal are asked to bring a dessert to share. While many come with the traditional pumpkin pie and whipped cream, there’s also a selection of other desserts to try.

When people begin arriving for the midday meal, the room soon gets loud as people chat with old acquaintances and make new friends. Attendees are a mix of people who have been with Hammer for decades and people who are new to the organization.

Any leftovers remaining after the meal are packed up and sent back to the Hammer houses so the attendees can have a little more Thanksgiving at dinner. Volunteers clean up, and by 3 p.m. everything is done.

While there are about 14 volunteers on site during the day to help serve and clean up, many more people make the day possible. There are people who help prepare some food before Thanksgiving, and Hammer staffers who transport people from the houses to Wayzata and back again. Hammer houses are located throughout the western metro, in cities such as Eden Prairie, New Hope, Maple Grove and Plymouth.

Staff members give up a lot of family time to make the Thanksgiving meals special, Dan said, yet everyone seems happy to do it.