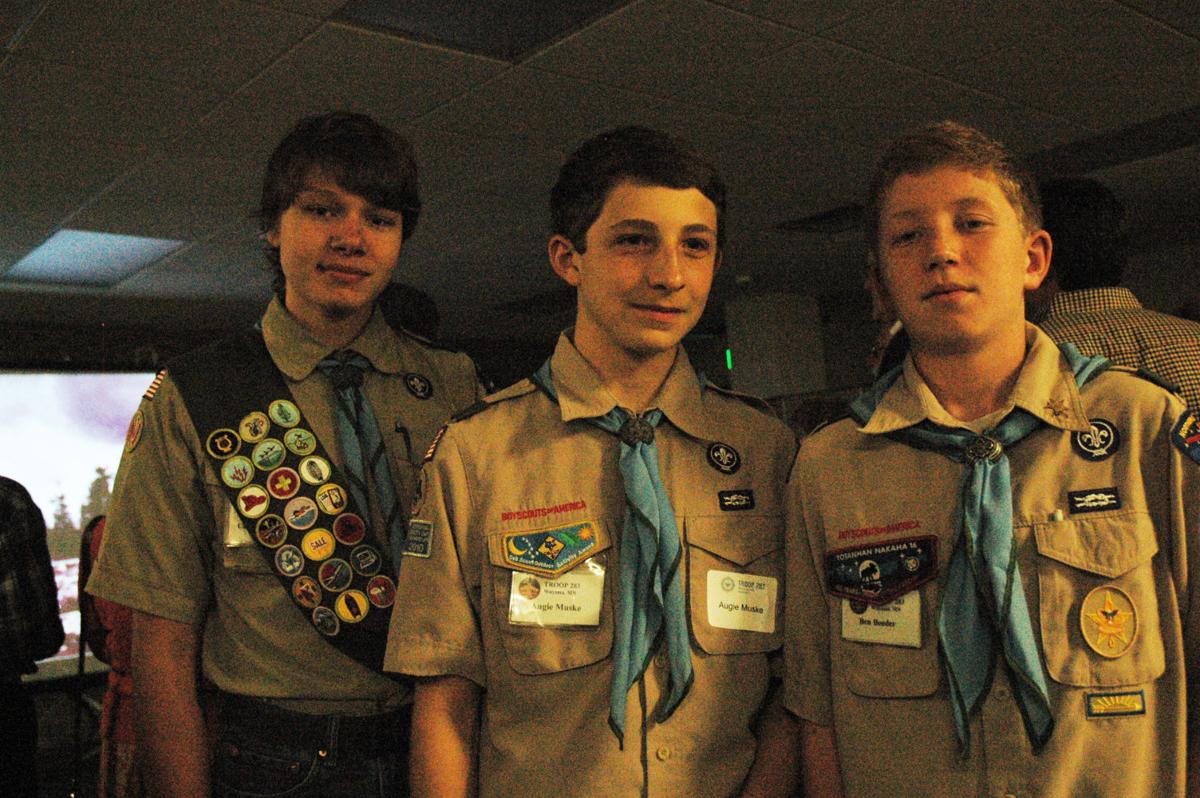 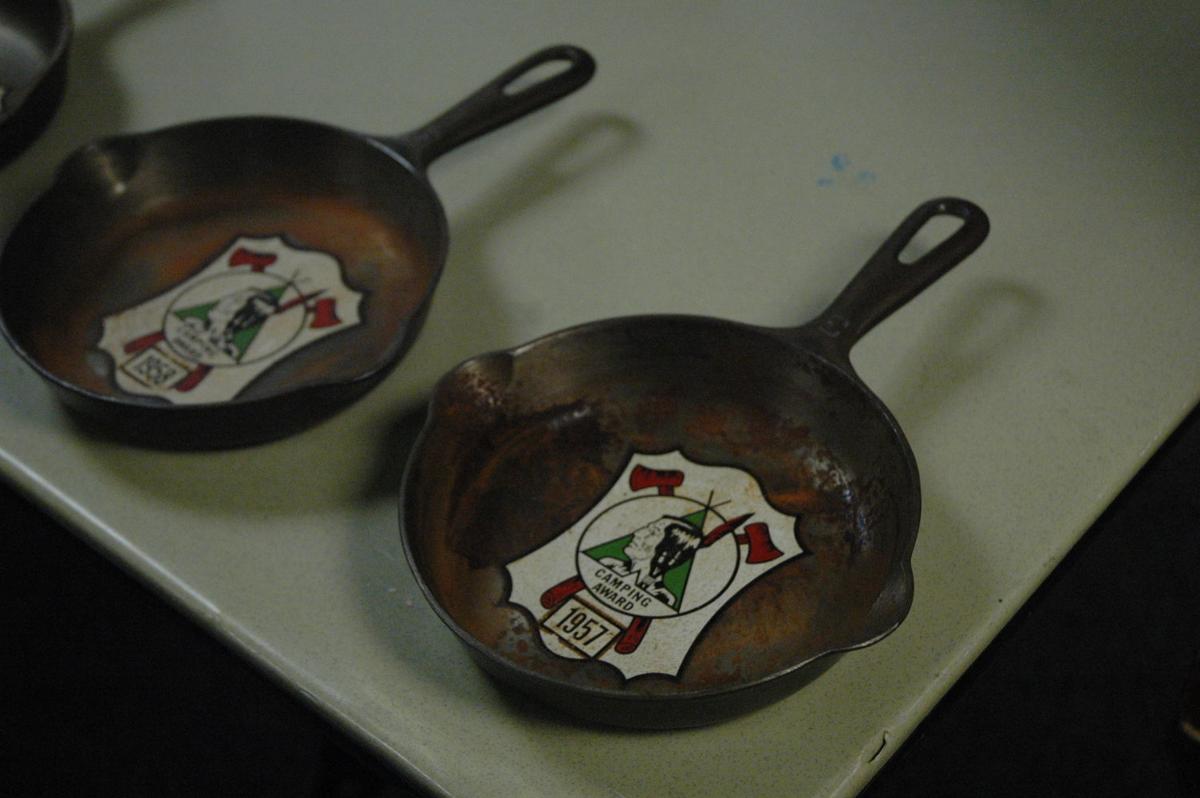 Several pieces of troop memorabilia were on display during the celebration, including these camping award skillets from the 1950s.

Several pieces of troop memorabilia were on display during the celebration, including these camping award skillets from the 1950s.

Scouts young and old gathered with family and friends at Wayzata Community Church on Sunday, Nov. 15 to mark a special occasion: the 100th anniversary of Troop 283 in Wayzata, the oldest chartered troop in the state of Minnesota.

“We want to thank the community for supporting us,” said Scoutmaster Rob Houts. Through Eagle Scout and other volunteer efforts, the troop has long been part of life in Wayzata, and the WCC has continuously chartered the troop since 1958. “Any time we have taken on a project, the community has been behind us 100 percent,” said Houts.

The troop was originally chartered on Nov. 15, 1915. A 26-year-old scoutmaster named Edmund C. Magill was named head of the troop, and twelve boys were registered. The Chartering organization was the Wayzata Public Schools, and meetings took place at one of the schools and two local churches, identified in 1927 as St. Bartholomew’s Catholic Church and Wayzata Community Church. The troop number became 283 in 1937, and the Cub Scout Pack with the same number was chartered on Oct. 16, 1944.

The early part of the 20th century wreaked havoc on many families’ finances, and two World Wars presented challenges in every community in the country. Many organizations, including the Scouts, saw lower numbers of participation. In 1916 just four boys were registered in 283, the lowest number in the troop’s history. And yet it endured--its year of highest participation was 1966, when 70 boys registered, and there are currently 52 boys in Troop 283.

In 1918, a two-night camp out marked the beginning of a long tradition that has grown over the decades. Today, Scouts in Troop 283 have experienced over 8,500 camping nights in 100 years, and the troop schedules camp outs almost every month. Each November the Troop prepares and shares a Thanksgiving meal at Heritage Lodge at Stearns County Camp, and each July Scouts canoe local routes, including the Brule, Namakagon and Crow Wing Rivers.

Scouts over 13 who have earned the rank of First Class take part in the challenging High Adventure Program, which has allowed boys to canoe the Boundary Waters, sail the Apostle Islands and at the Florida Seal Base, hike and climb the Black Hills, and participate in The Northern Tier program, which includes a dog-sledding opportunity.

Troop 283 also operates under the concept of a “boy-run troop,” allowing boys to learn through practice and by doing, thus increasing their skills in cooperation and leadership.

For over a century, The Boy Scouts of America has remained one of the nation’s largest and most recognizable youth development organizations, providing a program “that builds character, trains them in the responsibilities of participating citizenship, and develops personal fitness.” In Wayzata, those values run strong in Troop 283, as those who hold it dear look back on a century of Scouting, and ahead to all the possibilities of the future.

“Boy Scouts was founded in Europe, and it’s an international organization,” said Assistant Scoutmaster John Wall. “I remember hearing a quote, from the founder of the Boy Scouts, in which he said that this was the kind of program that, in the big picture, could help world peace on a national and international level.”