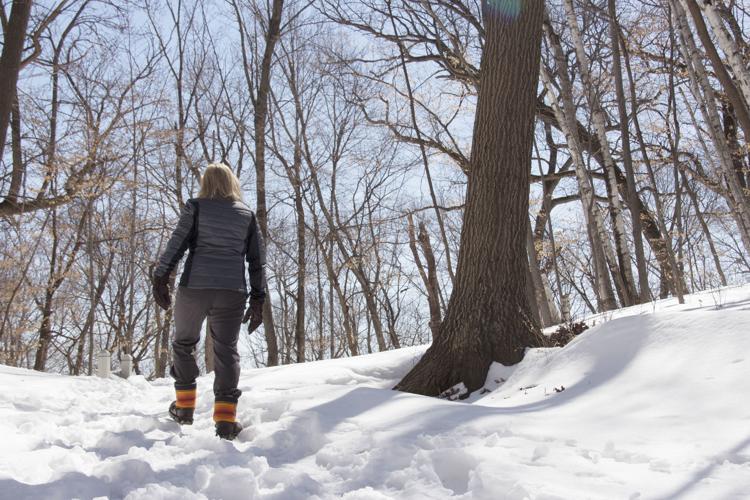 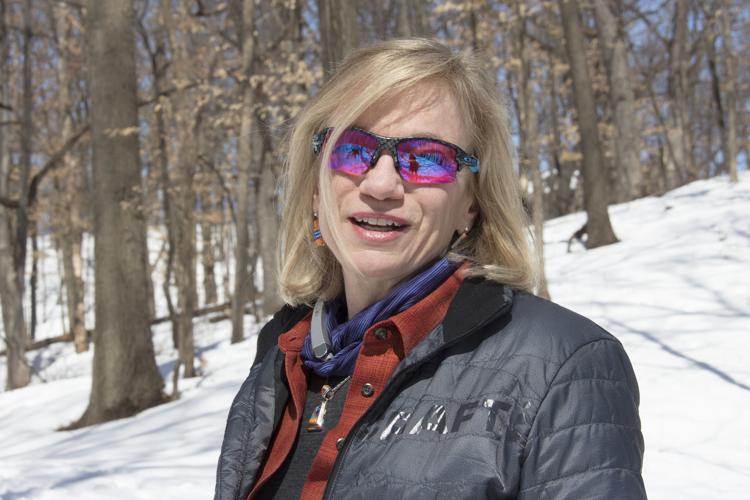 Hackett said she is concerned that an open house will be the soonest way to give feedback on the prospective mountain bike trail.

Hackett said she is concerned that an open house will be the soonest way to give feedback on the prospective mountain bike trail.

MINNETONKA — Some residents and natural resources volunteers are particularly concerned with what a mountain bike trail could look like at Lone Lake Park, Minnetonka resident Heather Holm said.

Trail concept plans will be first available for public review at the Thursday, May 17, mountain bike open house, the city said. Holm said she and 200 others have signed a petition against the city's proposed mountain bike trail on their website, conservelonelakepark.weebly.com.

“It feels like they’ve already decided, and they’re just backfilling,” Holm said. “I think that does a real disservice to the residents. We want people to understand and know what’s going on.”

Equally, there is a petition on another site, tonkatrails.com supporting the “effort of the city of Minnetonka to bring sustainable mountain bike trails to Lone Lake Park.” The Minnetonka Mountain Bike Trail Advocates Facebook page has over 300 followers.

In 2001, the Park Board considered a mountain bike trail in Lone Lake Park, but the city forester said the effects and consequent erosion would be challenging to repair, Holm said. Big Willow Park was rejected as home for a similar trail earlier this year.

Holm said that, in the Parks, Open Space and Trail System Plan for the city, the west, south and southwest areas of the park lie under a community preserve portion. It classifies the area as suitable for passive recreational use, she said.

The potential trail is being considered for the south side of the park.

“Maybe Minnetonka doesn’t need to meet this request (for a mountain bike trail) because we don’t have the right kind of park or acreage to support it,” Holm said.

Lone Lake Park has changed since 2001, the Feb. 7 Park Board meeting packet clarifies.

A 2007/8 park renewal process brought in amenities such as an updated basketball court, parking lot changes and erosion control improvements. Six to eight pickleball courts are scheduled for 2018.

The staff recommended that Lone Lake Park be further studied at the Feb. 7 meeting.

On the e-Minnetonka website, the city says the environmental needs for any mountain bike trail are:

Mary Beth Pottratz is a Master Naturalist through the University of Minnesota Extension and is a frequent volunteer for the city in natural resources work.

“The city’s natural resources staff are just amazing,” she said. “They’re extremely knowledgeable people and have a good handle of what’s going on.”

Being a Master Naturalist isn’t the same as having a master's in ecology, she said, but her knowledge in restoration makes her concerned for the prospect of disruption and the introduction of foreign material to the park.

Big Willow Park already had something Lone Lake Park didn’t she said: wear and tear from mountain bikers making their way around off-trail. Maureen Hackett, another advocate against the mountain bike trails, said she’s concerned for the density of the trees and how the constructing mountain bike trails would disrupt wildlife and native plants.

“That kind of wild space is when you have the full spectrum of wildlife,” she said. “That park is essential.”

Since Feb. 7, Hackett said, she and others who disagree with a trail being put in have attended parks board meetings but haven’t been able to comment.

“In this case you’re using time against the residents of Minnetonka,” Hackett said.

One, he said, was so that when the Park Board would take public comment, it wouldn’t come as a surprise. They will be taking comments in June, he said, which has been a part of the agenda at each Park Board meeting.

“It would seem a little unfair if people start talking about it when others might not be aware we would be taking comments,” he said.

The second is that they’re still in the trenches researching and at work on the concept plan.

“That’s when we really want people to look at it talk about it,” he said.

There will be three different times on May 17 for the public to hear about the concept plan, he said.

Pottratz said when Big Willow Park was a possible site, she said the way input was handled at focus group meetings moreso honored mountain bikers who traveled in from neighboring cities and were active online.

“In the Big Willow process at the very end, it was so alarming to me,” she said. “I’m not sure what’s going on politically.”

“There are some people who refuse to set up an email account in the Master Naturalist volunteer group,” Pottratz said. “By collecting electronically, we’re eliminating the people who are introverts, who don’t do things in groups.”

Read next week’s issue of the Lakeshore Weekly News for further details on this issue.