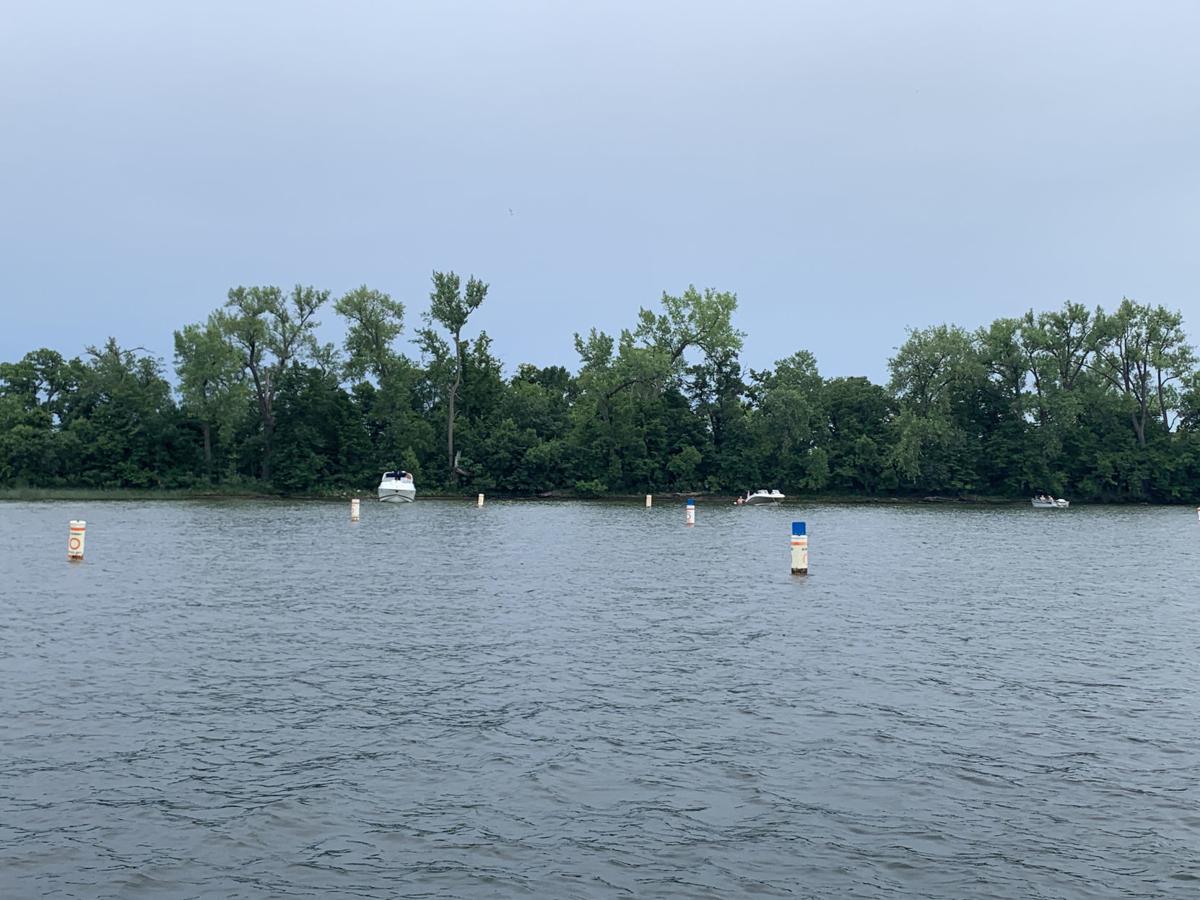 Five boats were anchored at Cruisers Cove on Lake Minnetonka’s Big Island at 3 p.m. Friday, July 12. Earlier in the day, health officials said the lake was as safe as it is any other day following an outbreak of illnesses in the area on the Fourth of July. 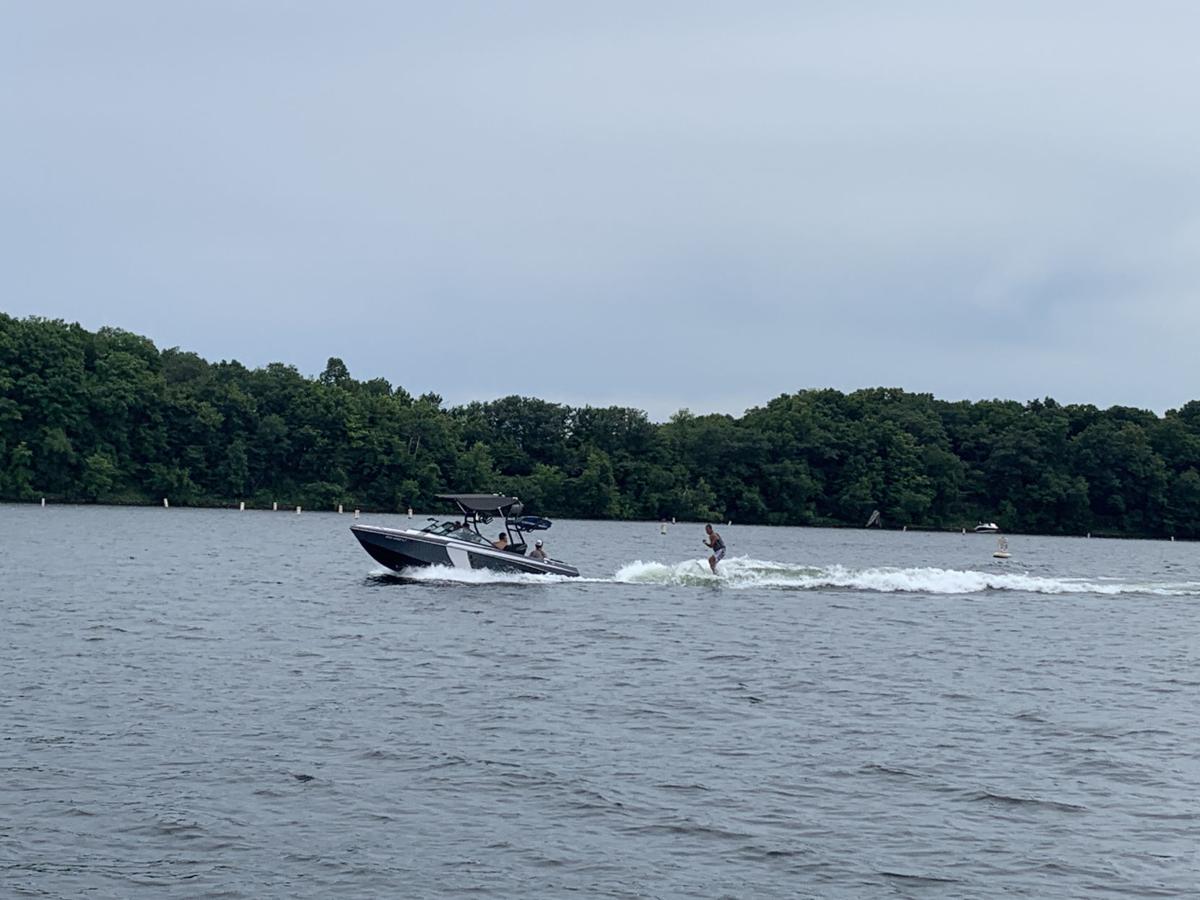 A boat cruises by Big Island on Lake Minnetonka the afternoon of Friday, July 12.

Five boats were anchored at Cruisers Cove on Lake Minnetonka’s Big Island at 3 p.m. Friday, July 12. Earlier in the day, health officials said the lake was as safe as it is any other day following an outbreak of illnesses in the area on the Fourth of July.

A boat cruises by Big Island on Lake Minnetonka the afternoon of Friday, July 12.

WAYZATA — A factor other than E. coli caused illness to more than 100 people who spent time in the Big Island area of Lake Minnetonka on the Fourth of July, said Dave Johnson, an epidemiology manager with Hennepin County Public Health.

At a July 12 news conference, he said health officials have interviewed 225 people, and 172 of them reported having vomiting and/or multiple bouts of diarrhea after being near the popular party spot.

"We can conclusively say there was an outbreak of disease that occurred at this location on July 4," Johnson said.

Health officials are certain the outbreak was related to water exposure, but Johnson said they may not ever be able to determine the exact pathogen that caused people to get sick, which isn't uncommon in these types of investigations.

"We don't have indication that this pathogen is E. coli," Johnson said, noting there would be different, more severe symptoms if E. coli was the cause of the outbreak.

Several people who called in to Hennepin County Public Health had gone to their doctor to be tested for their illness and said they were negative for E. coli, Johnson said. Health officials have collected one stool sample, which was tested for 22 of the most common infectious diseases that typically cause these types of symptoms. The sample came back negative for all of them, he noted.

Health officials said they will continue to monitor the situation.

Although the number of people who reported getting sick has gone up since calls starting coming in the morning of Monday, July 8, it is not because of ongoing disease transmission or risk to the public, Johnson said. Instead, he credits this to more people becoming aware of the outbreak after learning about it in the news and deciding to call.

"We do not believe there is heightened risk of ongoing disease to the general public on Lake Minnetonka," Johnson said, later adding the lake is "as safe as it usually is."

The illness affected people of all ages, but many were adults in their mid-20s and early 30s, Johnson said. In many cases, their symptoms lasted 24-48 hours, but some people had symptoms for longer.

"It was very bad while people had it, but they (the symptoms) weren't medically serious," Johnson said.

'Dilution is the solution'

The outbreak in illness, while less common in lake settings compared to pools, is not unexpected, said Trisha Robinson, a supervisor of the waterborne diseases unit with the Minnesota Department of Health. And it doesn't take someone pooping in the water to cause this many people to get sick.

"This is going to be gross, but the amount of fecal material that all of us have on our butt at any given time — if somebody is sick with something that could cause illness, just simply going in the water and that washing off into the water can certainly make a large number of people sick," she explained.

"People have to swallow the water somehow" to get sick, Robinson added, "that doesn't mean people are intentionally drinking the water" but everyone gets water in their mouth while swimming, which is enough to make someone sick.

The residue on swimmers' bottoms doesn't normally cause illness because people may not typically gather in such close proximity, as they did at Big Island on the Fourth of July.

"Dilution is the solution to the pollution," Robinson said, "but in a congregated area, where there isn't going to be that same water movement going on, then we could see something like this happen."

To prevent people from getting sick and to stay safe this summer, experts suggest staying out of the water if you have diarrhea or vomiting. While you are swimming, don't swallow lake water, shower before and after you go in the water, and do not use the lake as a toilet.

Robinson and Johnson said it was a coincidence that Excelsior closed its swimming beaches days after the illness outbreak, stressing it had nothing to do with what occurred on Big Island.

The city of Excelsior said in an email update Tuesday, July 9, that during weekly testing for E. coli it found levels above the recommended water quality standards, so the beaches were closed. As of 8 a.m. on Tuesday, July 16, Excelsior's beaches remained closed. All other beaches on Lake Minnetonka were open, according to the county's website.

"This is the time of the year we see beach closures," Robinson added. "This is not unexpected."

The E. coli tested for in water is an "indicator organism," showing there is the possibility of fecal contamination in the water, Robinson explained.

"It's a lot of could, could, could," she said, "but it's not a test for the actual pathogen that we talk about when people get sick."

Hennepin County and some cities in the area test some beaches regularly to make sure they're safe for swimming. Beaches reopen once water samples show levels are back within state guidelines. Beach closures can be found at hennepin.us/beaches.

At least 116 people got sick while spending time near Big Island, cause is still unknown