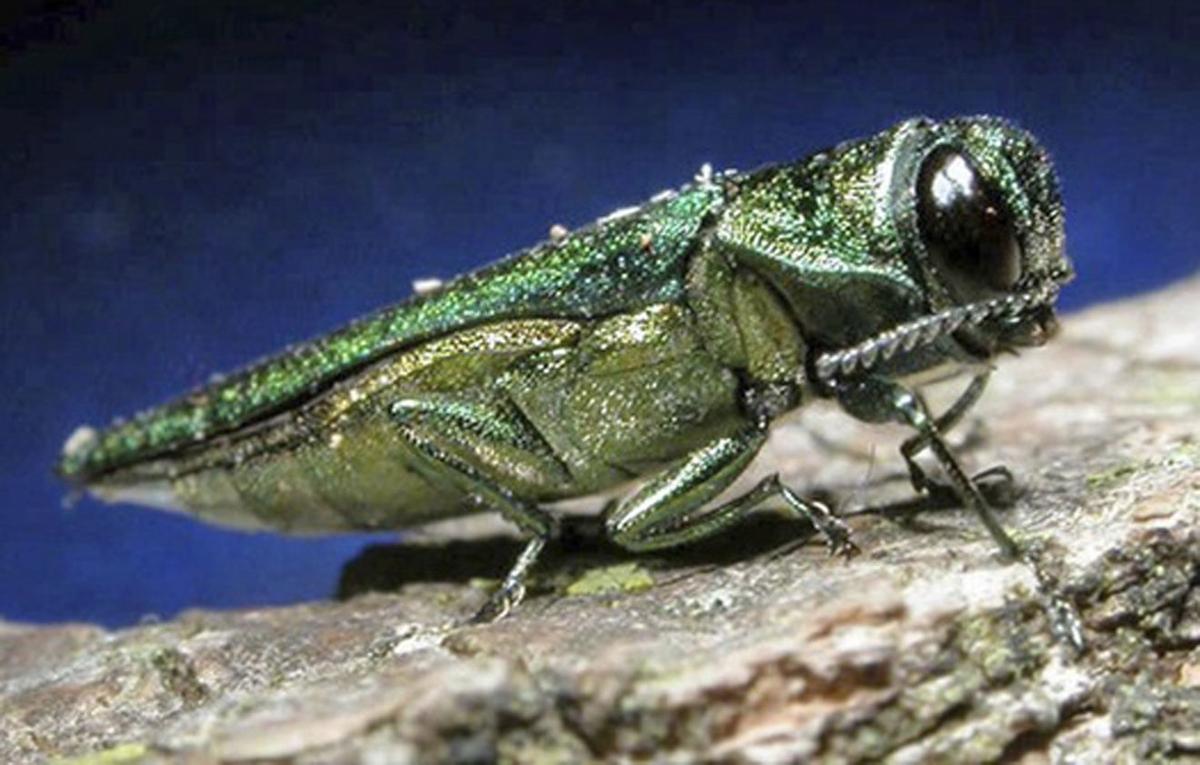 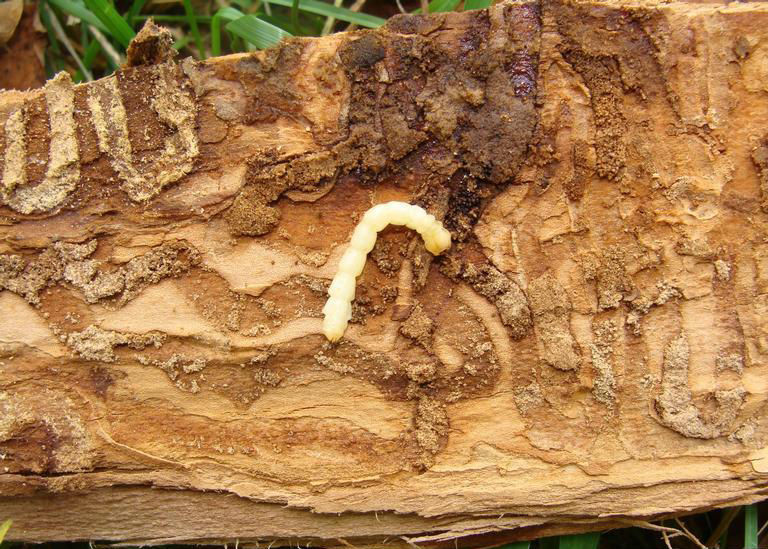 Extreme cold can freeze emerald ash borer larva, above, which overwinter under the bark of ash trees. 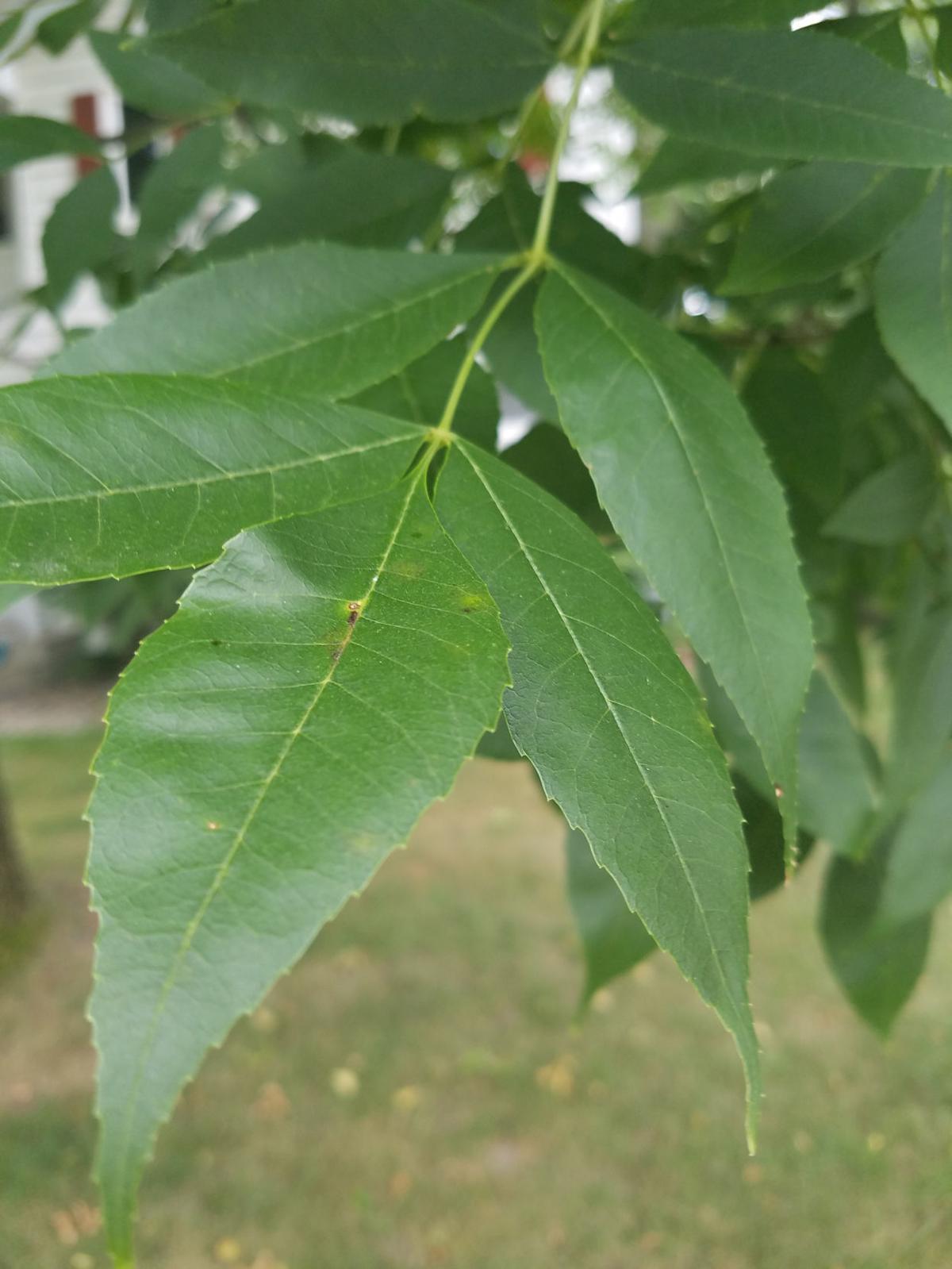 This is what the leaves of a healthy ash tree look like.

GOLDEN VALLEY — Stockman Park in this city only has 1.3 acres. It features a basketball court, softball field, skating rink and a playground.

On July 25, the city forester confirmed the emerald ash borer there, in a large ash tree. The find indicates the slow spread of the invasive beetle continues. The largest part of the Twin Cities area outbreak has been in Minneapolis and St. Paul. The Asian critter has had considerably more success spreading into south and north suburbs than east or west.

The first emerald ash borer in Minnesota was found in St. Anthony Park in 2009. The first in the country goes back to 2002 in Michigan, though researchers suspect it was around for years before it was discovered.

Still, the presence of the emerald ash borer so close continues to worry west metro homeowners with ash trees.

The tree-killing bug was found in Prior Lake in August 2015, in Plymouth in September 2015, in Eden Prairie in April 2017 and December 2017 and in Edina and Robbinsdale in April of this year. It was found in Maple Grove in December 2016 and in February 2018, the latter in the Elm Creek Park Reserve.

Travis McDonald, district manager for Davey Tree Expert Co., said the emerald ash borer has hit hundreds of millions of trees in 30 states, costing $10 billion in tree removal. In Minnesota, it’s stricken 1.1 billion ash tres, the most of any state in the country.

He expects to see massive devastation of ash trees within the next two to five years, with only treated ash trees surviving.

He said it’s the larvae of the bug, not the adult form, that kills the trees. It’s cream-colored and is about an inch and a quarter long. The adults are a green beetle about a half-inch long.

The larvae feed on tissue just below the bark, creating S-shaped winding tunnels that destroy the tree’s xylem and phloem, said McDonald.

Xylem brings water up from the roots. Phloem brings food down from the leaves. That cuts off the vascular system to the upper tree, killing it in two to four years.

Late summer is peak flight season. It continues into fall, he said.

If you have an increased presence of woodpeckers, notice chewed leaves or find a D-shaped exit hole through bark (for emerging adults), you might already have the invasive species. Eventually, there will be a dieback of the crown. If a tree has it, it’s best to take it down as soon as possible.

Trees can be treated in advance with direct trunk injections that kills larvae, he said.

He suggested homeowners contact an arborist to look at ash trees and consult on which should be treated and kept.