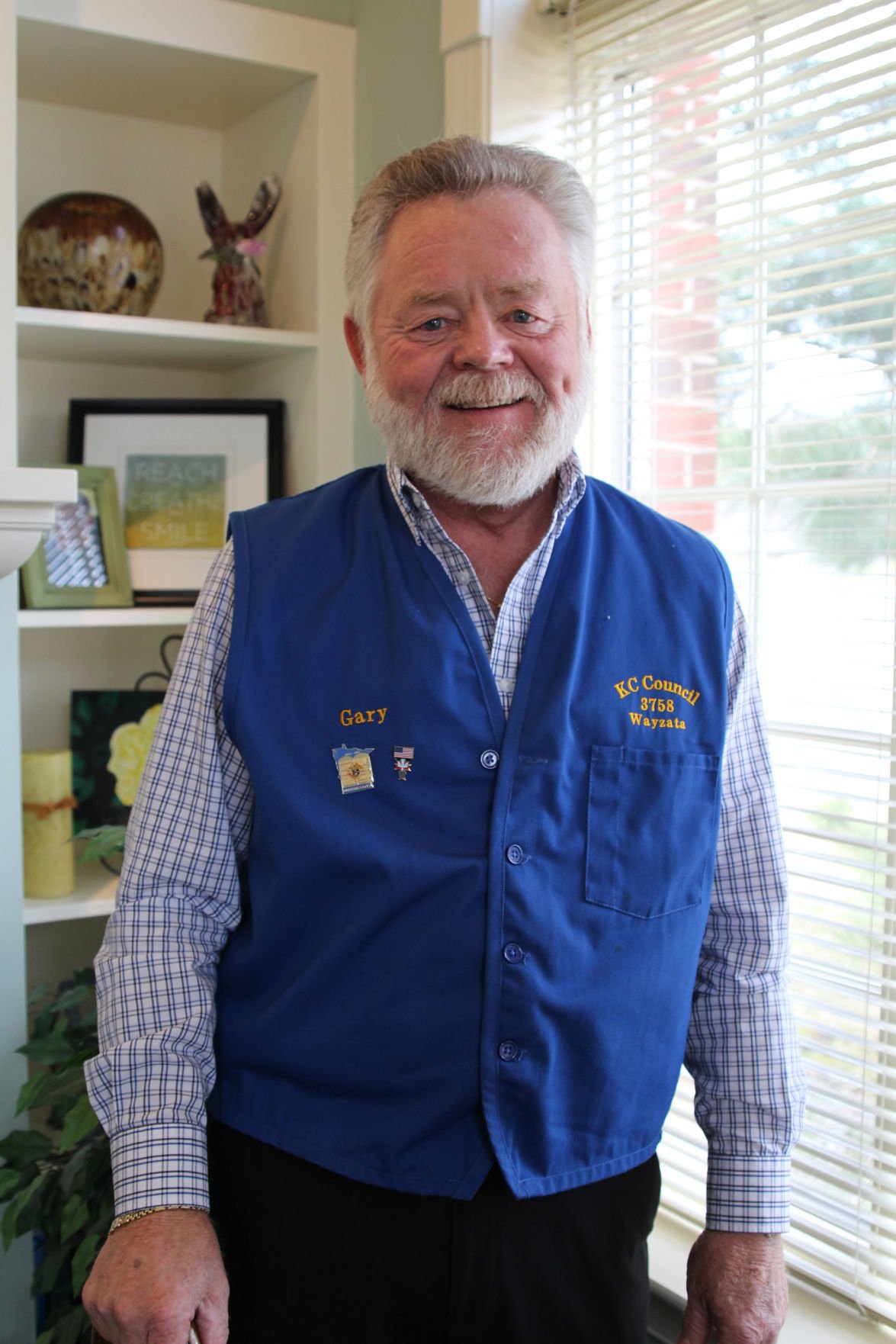 Gary Rieland is the Grand Knight of the Knights of Columbus, Father George Council 3758 out of Wayzata. The group is being honored for donating more than $90,000 over the past three decades. 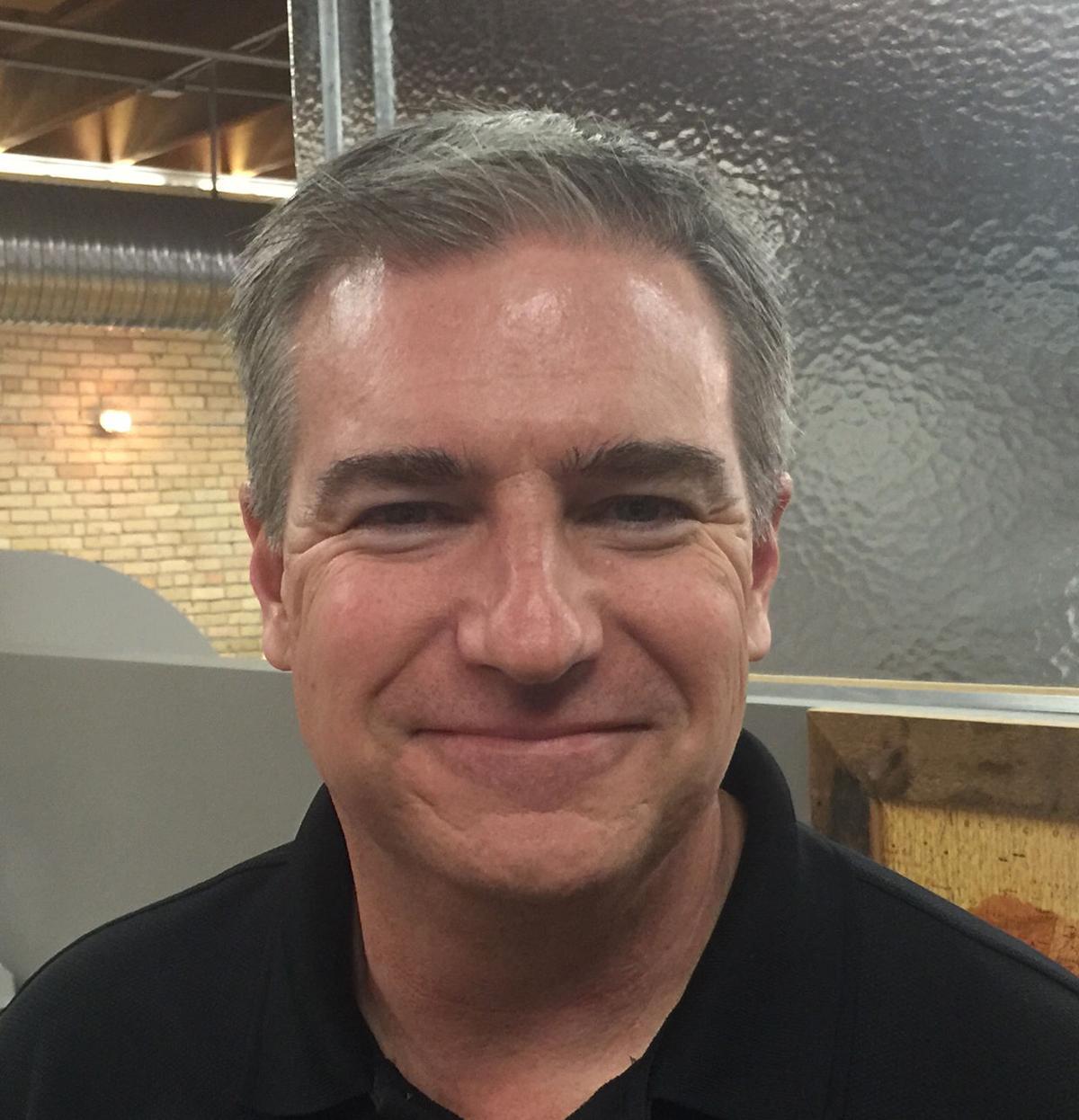 Bill Perrine is being honored by Hammer for his work with the Reach for Ralph fundraiser. 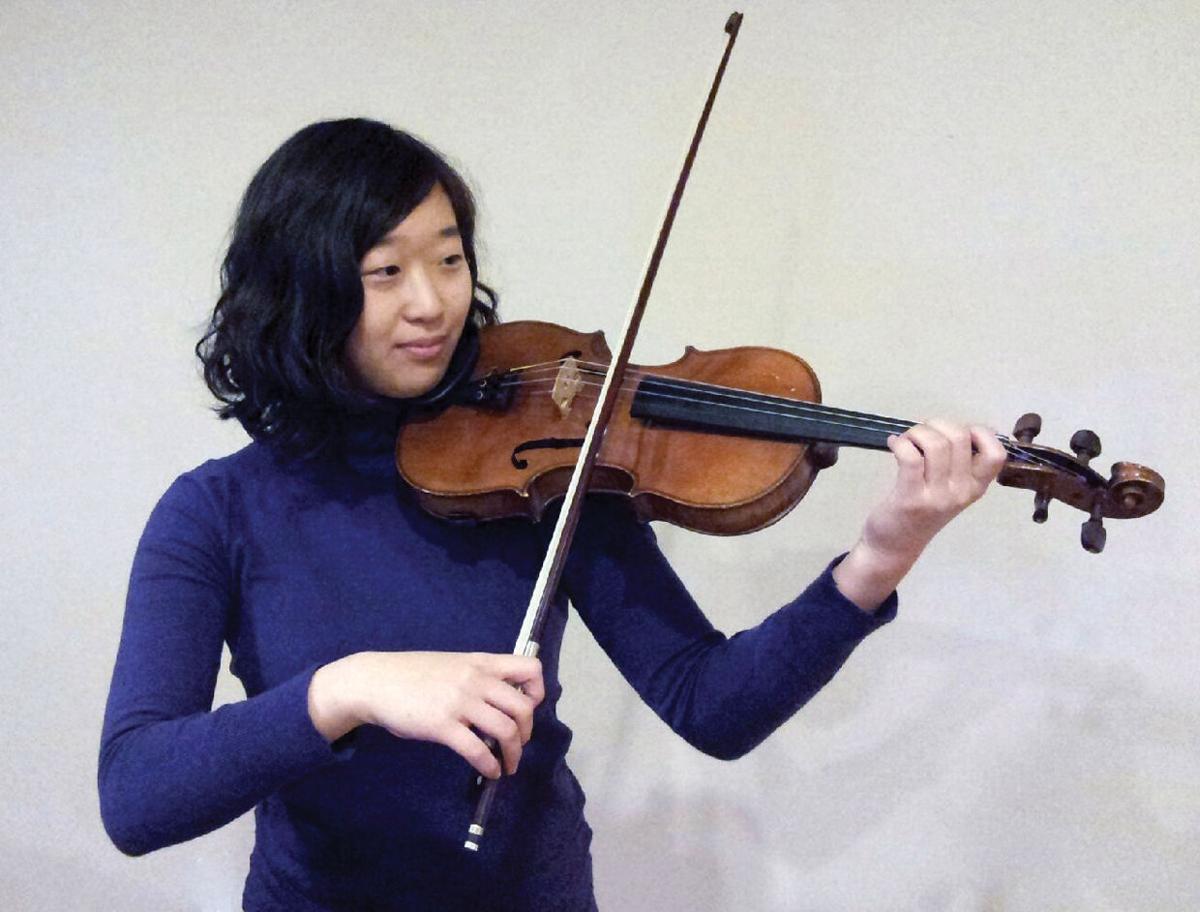 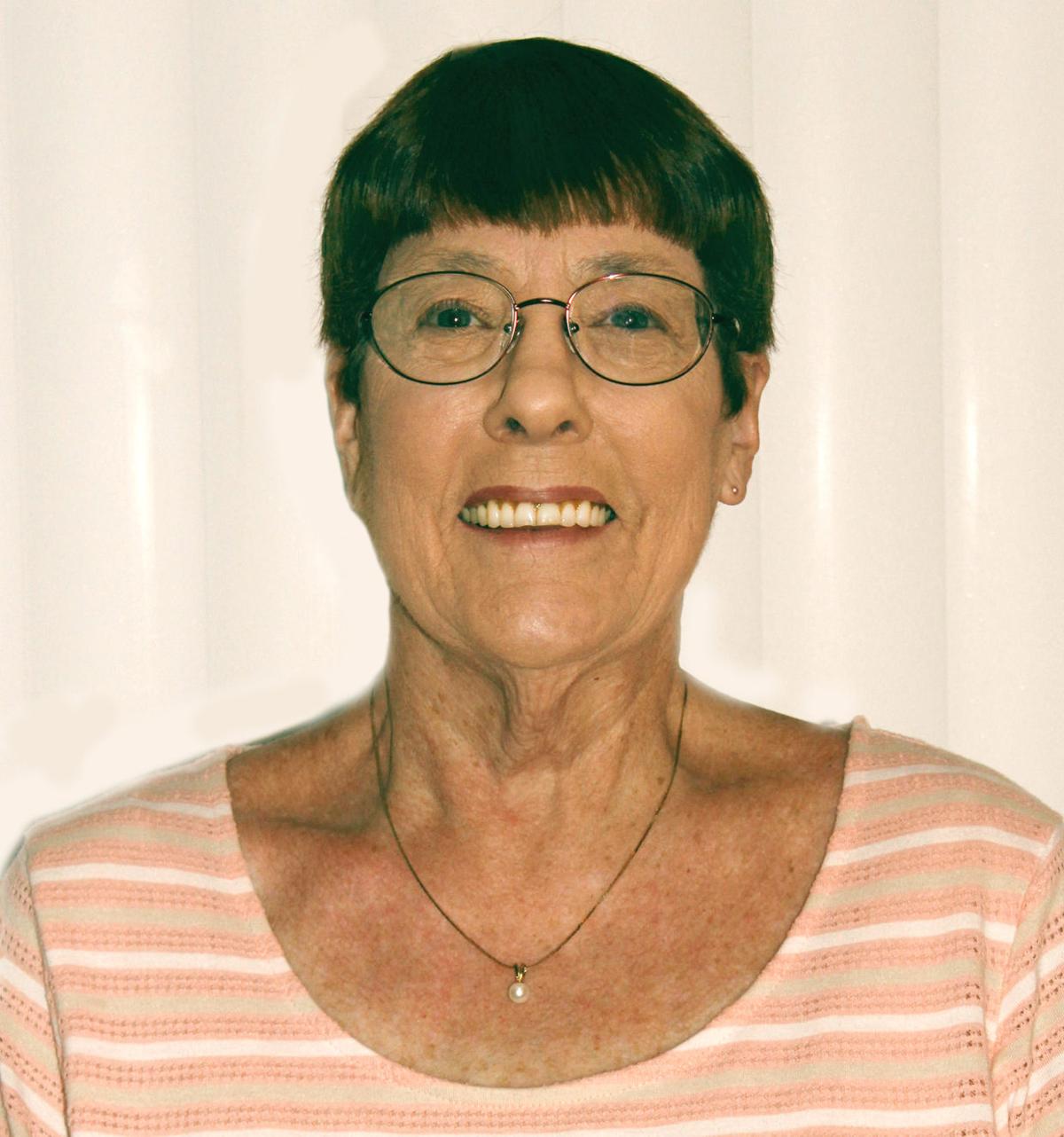 Vicki Jackman has accrued more than 750 hours volunteering for Hammer, and the organization is honoring her with a Community Partner Award.

Gary Rieland is the Grand Knight of the Knights of Columbus, Father George Council 3758 out of Wayzata. The group is being honored for donating more than $90,000 over the past three decades.

Bill Perrine is being honored by Hammer for his work with the Reach for Ralph fundraiser.

Vicki Jackman has accrued more than 750 hours volunteering for Hammer, and the organization is honoring her with a Community Partner Award.

A small investment in another person can have long lasting results.

That’s a lesson well known to those at Hammer, the Wayzata-based organization that serves adults and children with developmental disabilities. Hammer Chief Development Officer Ellen Timmerman-Borer said the many contributions that come from the local community make a difference.

“People have good lives here at Hammer and it’s because of the whole community,” she said.

Every year, Hammer recognizes a few of its 500 volunteers who have given their time, talents and money with its Community Partner Awards. This year’s four award recipients include a man who helped start one of Hammer’s most recognizable campaigns, a Wayzata student who brought joy with her gift of music and a woman who is a fundamental part of Hammer’s Wayzata office. The fourth recipient is a service group that over the past three decades has donated more than $90,000 to Hammer by selling Tootsie Rolls.

The Knights of Columbus “Tootsie Roll Drive: A Campaign for People with Intellectual Disabilities” has been going on for decades. The drive started shortly after Eunice Kennedy Shriver founded the Special Olympics, Jack Delaney, member of The Knights of Columbus Father George Council 3758, said. The first international Special Olympics Games were held in Chicago in 1968, and the first Tootsie Roll fundraiser was also held in Illinois, which is where Tootsie Rolls are made.

Soon the fundraiser, with its focus on helping those with developmental disabilities, spread to Knights of Columbus councils throughout the country. Hammer has been the recipient of funds from several councils, but the Father George Council 3758 out of Wayzata, which includes the parishes of the Church of St. Anne in Hamel, St. Mary of the Lake in Plymouth, St. Bartholomew in Wayzata and St. Thomas the Apostle in Corcoran, has donated to the organization since 1986. In that time, its members have donated more than $90,000 to Hammer.

Hammer has given out Community Partner awards for about the past two decades, and this is the first time that the Knights of Columbus Father George Council 3758 has received the honor.

“The fact that they’ve supported us since 1986 and continue to support us – it just seems like the right time,” Timmerman-Borer said.

“I’m excited to receive the award and to be a community partner,” Knights of Columbus Father George Council 3758 Grand Knight Gary Rieland said.

The pairing of the Catholic organization with people who have developmental disabilities seems apt as both groups have struggled against misconceptions from outsiders. For a long time, there was a strong bias against Catholics and the Knights were seen as a shadowy and secret group, though they were originally founded in this country to help widows and their children. To show they were patriots, the group associated with Christopher Columbus, which is why they are the Knights of Columbus, Rieland said.

Rieland also has personal experiences with facing judgement due to forces beyond his control. He has endured a number of diseases throughout his life, including one that struck when he was in 20s that left him paralyzed for eight years, and has seen first-hand how people sometimes mistreat others due to their differences.

“Nobody wants to be defined by their diagnosis,” Timmerman-Borer said.

In addition to helping with the Tootsie Roll fundraiser, Rieland also volunteers his time with the Special Olympics. He said he enjoys seeing individuals come together as a team, and creating connection with the athletes.

“It’s an absolute gift when you give without the expectation of receiving,” he said.

Perrine is one of the founders of Hammer’s Reach for Ralph fundraiser, and has volunteered more than 300 hours on the event planning committee since 2005.

Perrine has chaired Reach for Ralph and solicited sponsors and auction contributors. Hammer officials say his creativity, hard work and event planning skills have resulted in years of growth.

A Wayzata High School senior, Kim takes time to share her talents with Hammer. She has volunteered with the organization since 2012, and during that time she has accrued more than 70 volunteer hours.

Kim approached Hammer and offered to share her gift of music. The people that Hammer supports at its Lawndale Home have a love of music, but were unable to go out to enjoy it. Kim fixed that by bringing her violin to their home and performing for them. Hammer officials praise Kim for her commitment, dependability, spirit and compassion.

Since Jackman started volunteering for Hammer in 2011, she has accrued more than 750 volunteer hours.

She began volunteering by calling Bingo, and has since increased her service so that she is now an integral part of the finance team. She uses her skills to help process invoices, label scanned documents for the entire finance team and enter the annual budget into the accounting software system. Additionally, Jackman helps other departments as needed, including acting as receptionist when the staff receptionist needs a break. Hammer officials said she shows a commitment to the organization’s mission and enjoys spending time with the individuals that Hammer serves.

The Hammer Community Partner Award recipients will be honored at the organization’s annual Spring Breakfast Saturday, April 16 at the Sheraton Hotel in Minnetonka.

The 2016 Knights of Columbus Tootsie Roll campaign will take place April 29 through May 1. Proceeds from the Father George Council 3758 will once again go to Hammer. People may donate to the campaign, and receive a Tootsie Roll as a thank you, during the church services that weekend in the parishes of the Church of St. Anne in Hamel, St. Mary of the Lake in Plymouth, St. Bartholomew in Wayzata and St. Thomas the Apostle in Corcoran.

To learn more about the Knights of Columbus Father George Council 3758, visit www.kofc3758.org. There is also contact information for members on that site, for anyone interested in participating in the Tootsie Roll campaign who will not be at one of the church services.

Hammer welcomes volunteers of various ages and abilities. People who are interested in volunteering with the organization may contact Terriann Thommes, director of advocacy and volunteer resources, at 952-277-2427. More information about Hammer is available online at www.hammer.org.