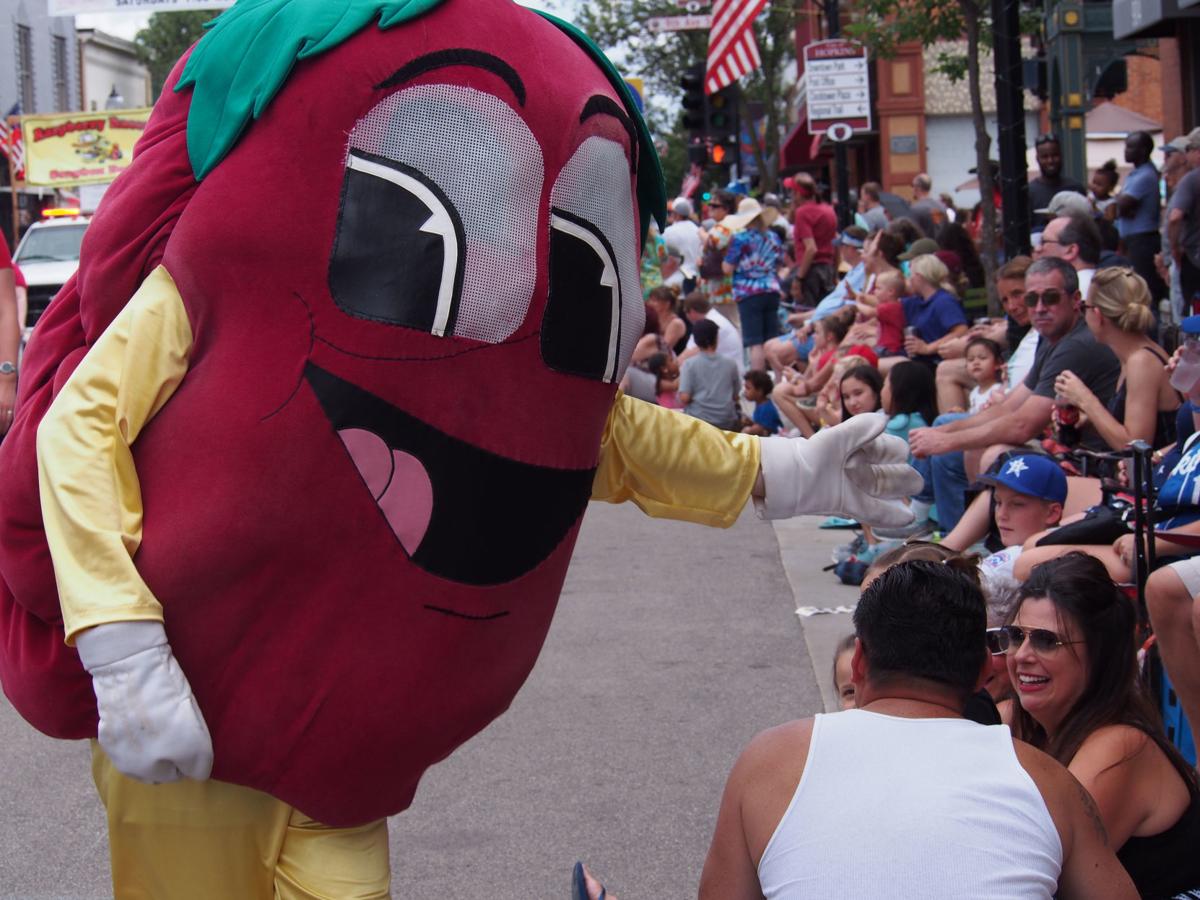 The raspberry mascot high-fives kids in the crowd during the 85th annual Hopkins Raspberry Festival parade. 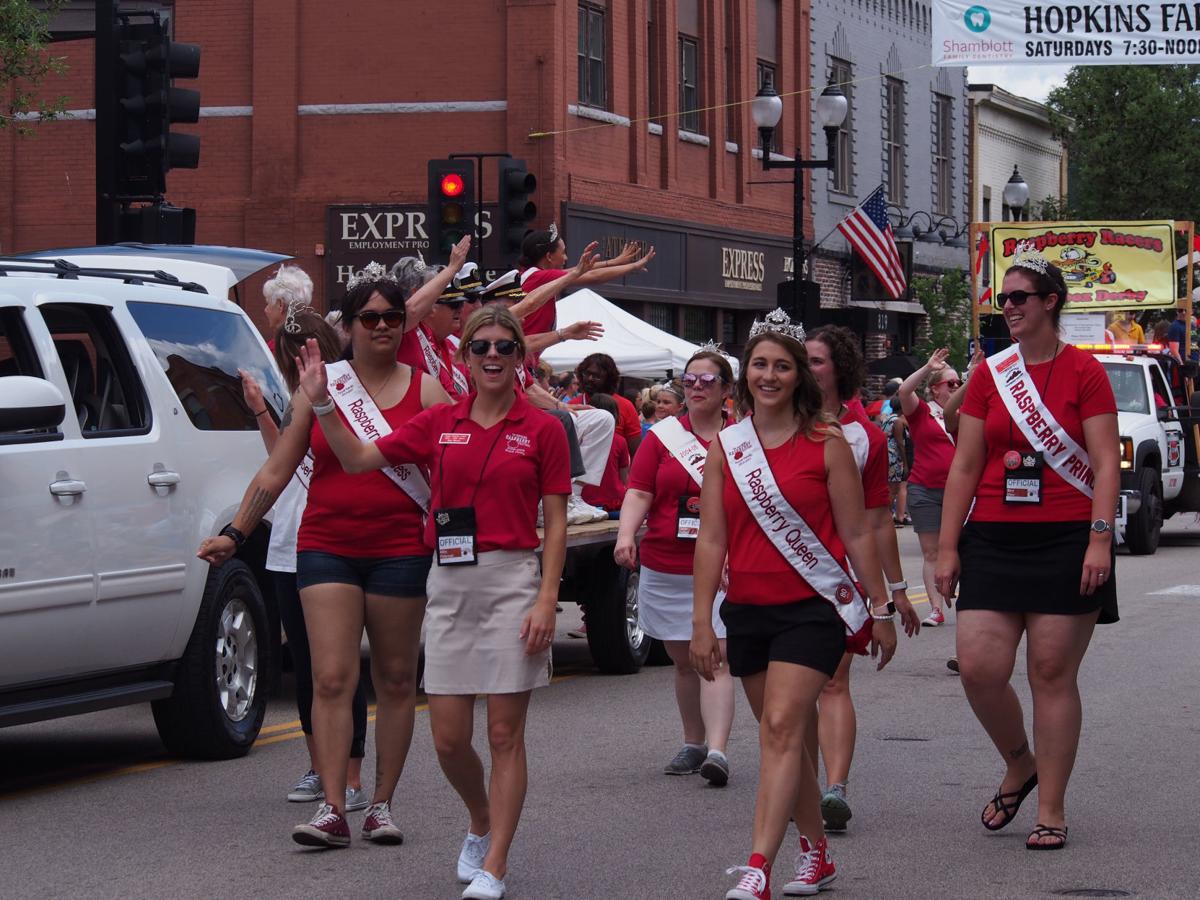 Former Raspberry Queens and Princesses walk in the parade. 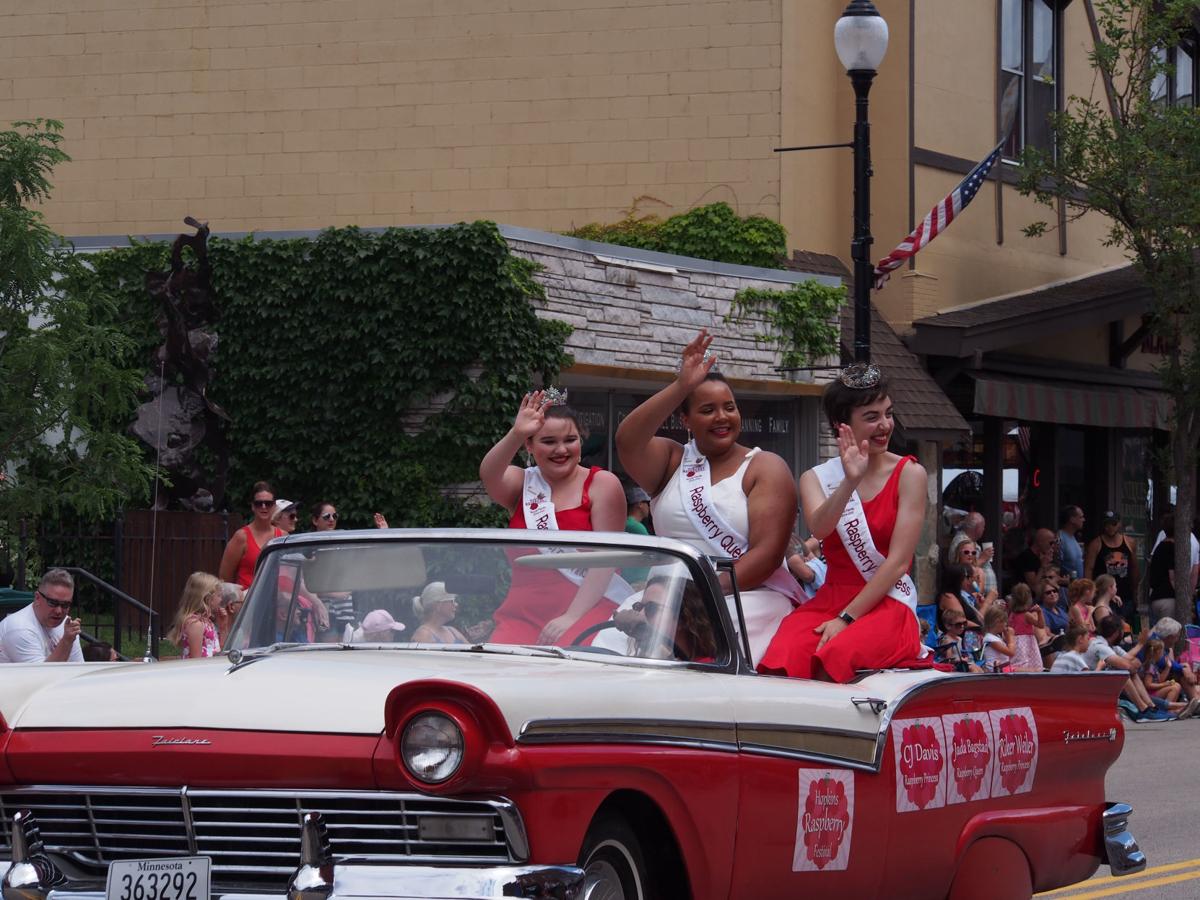 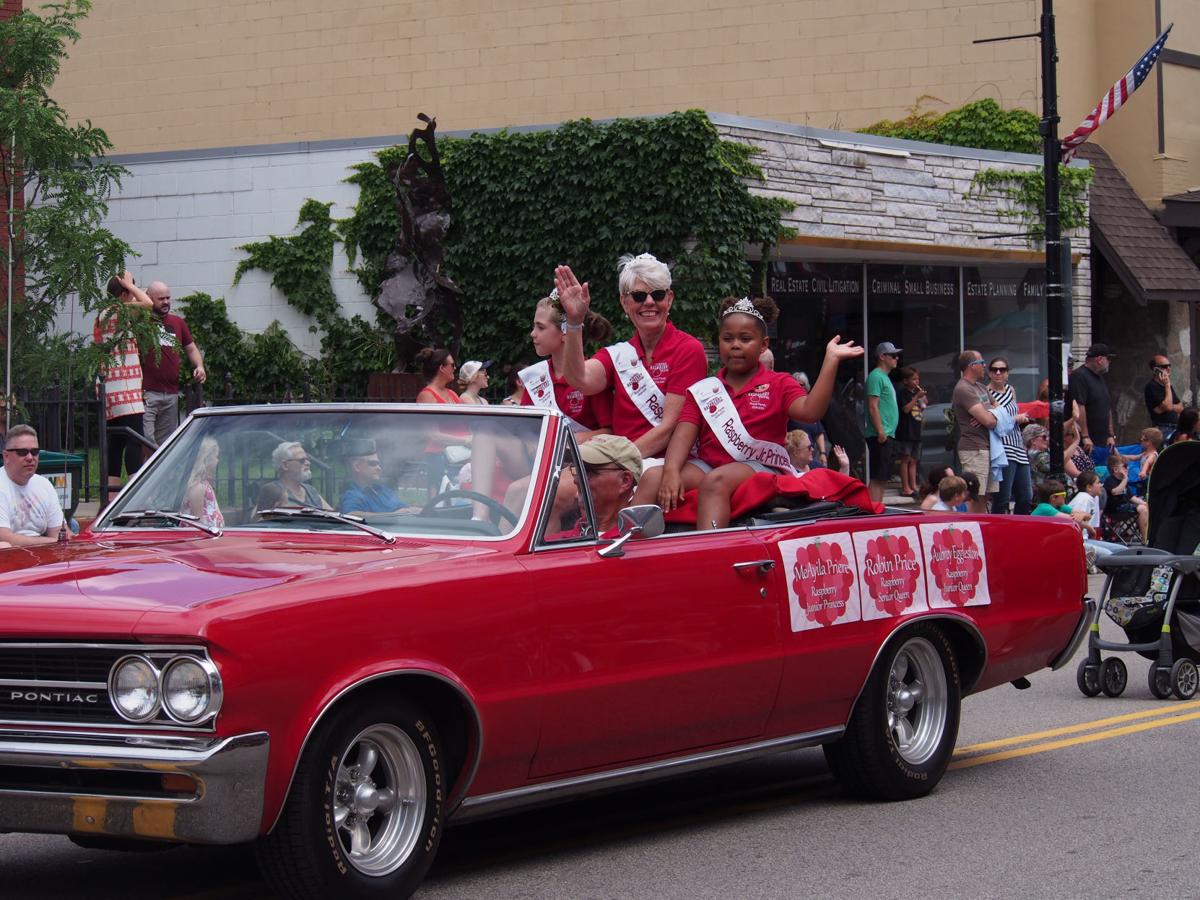 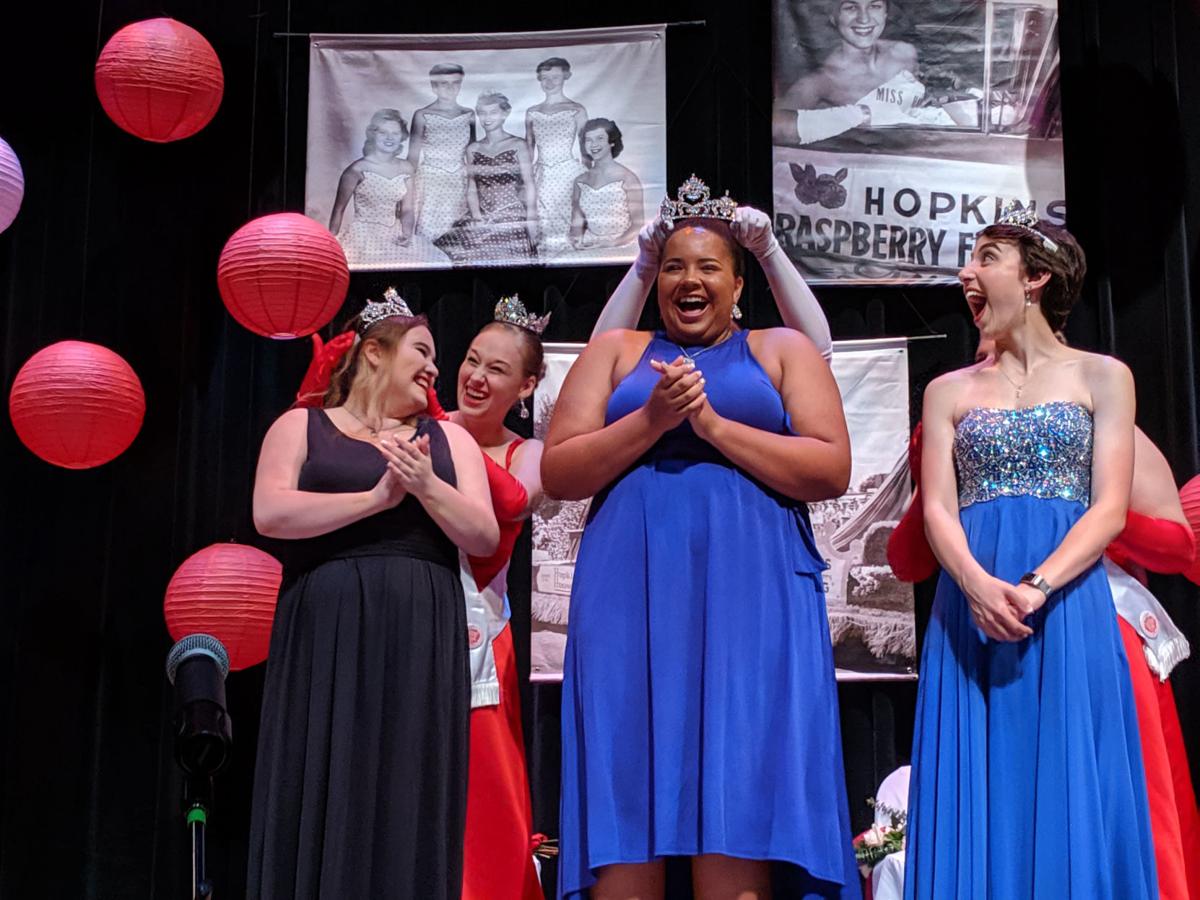 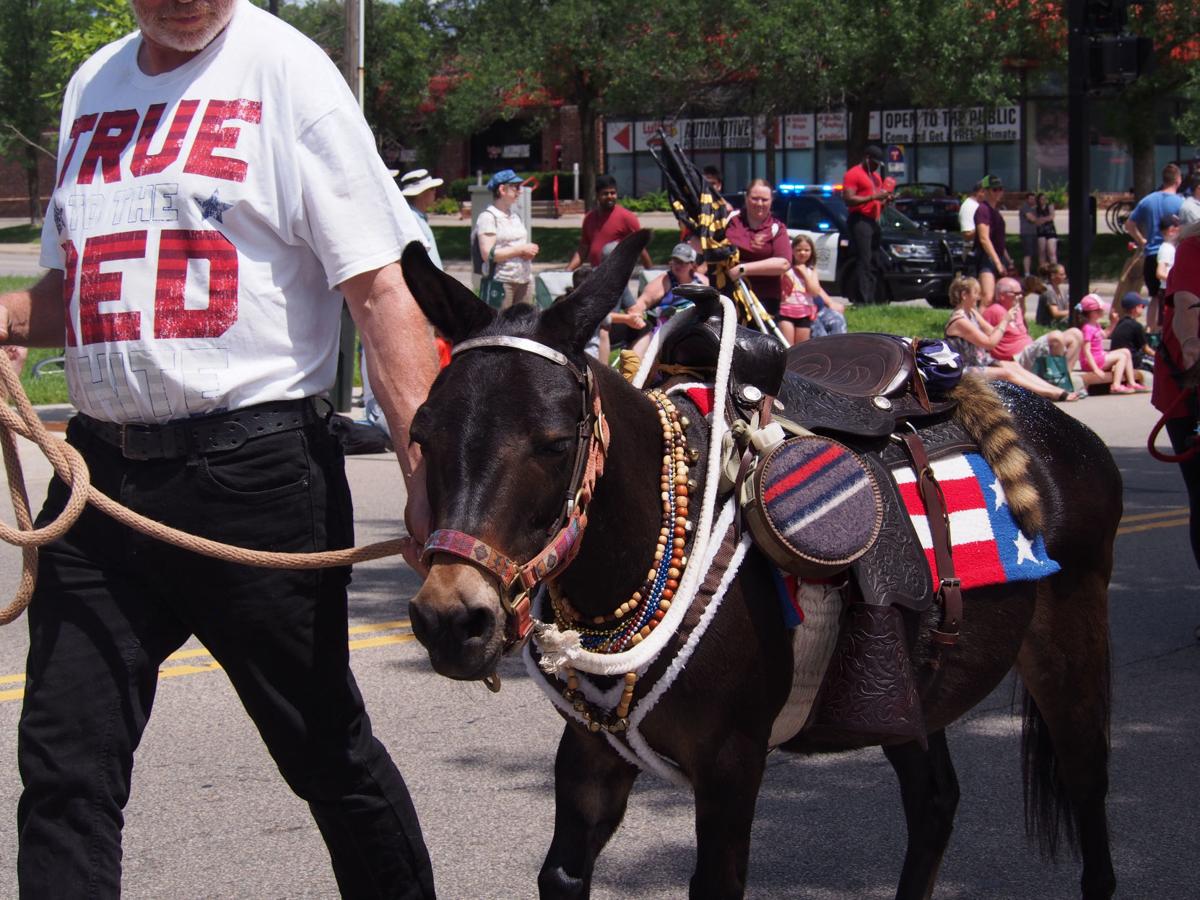 Cars, trucks, floats and even donkeys participated in the Raspberry Parade. 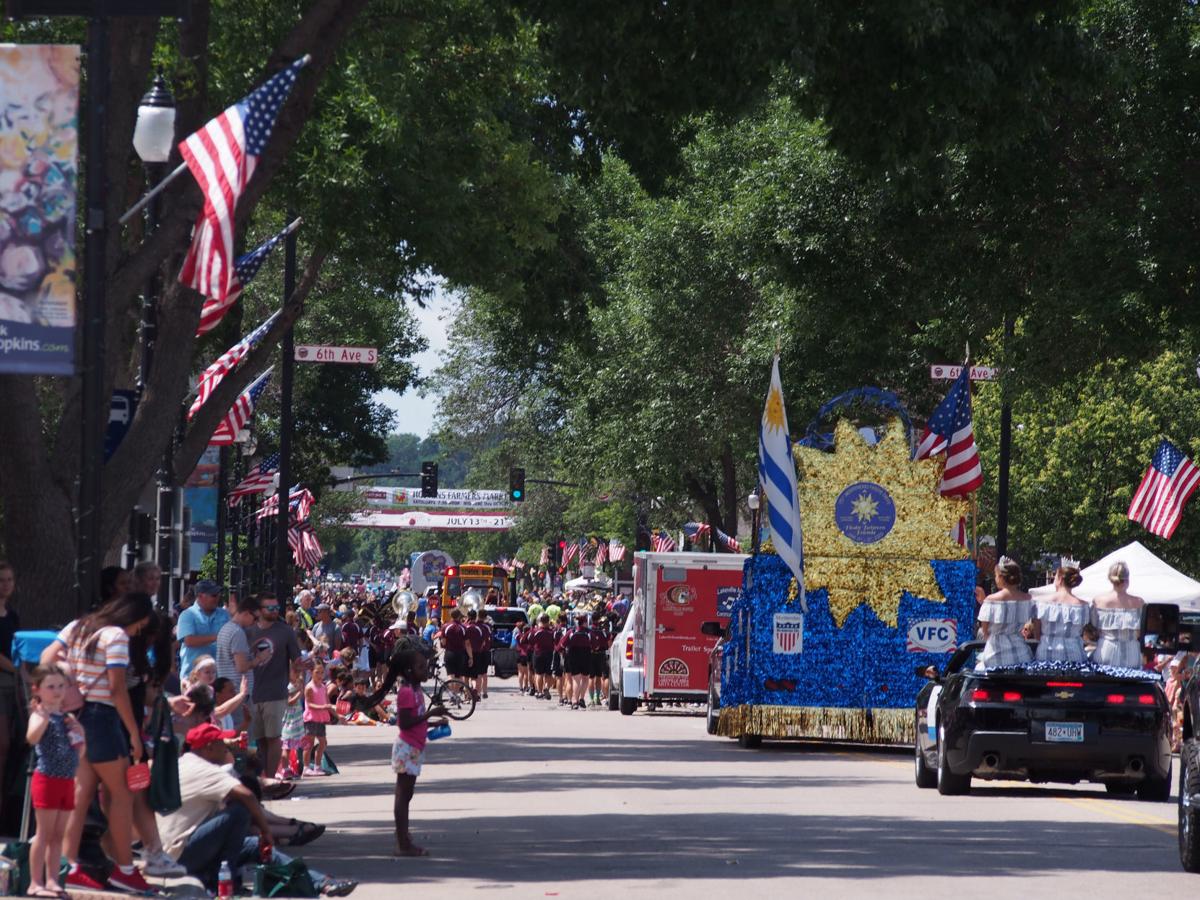 The city of Hopkins crowds on the sidewalks of Mainstreet to watch the Raspberry Parade. 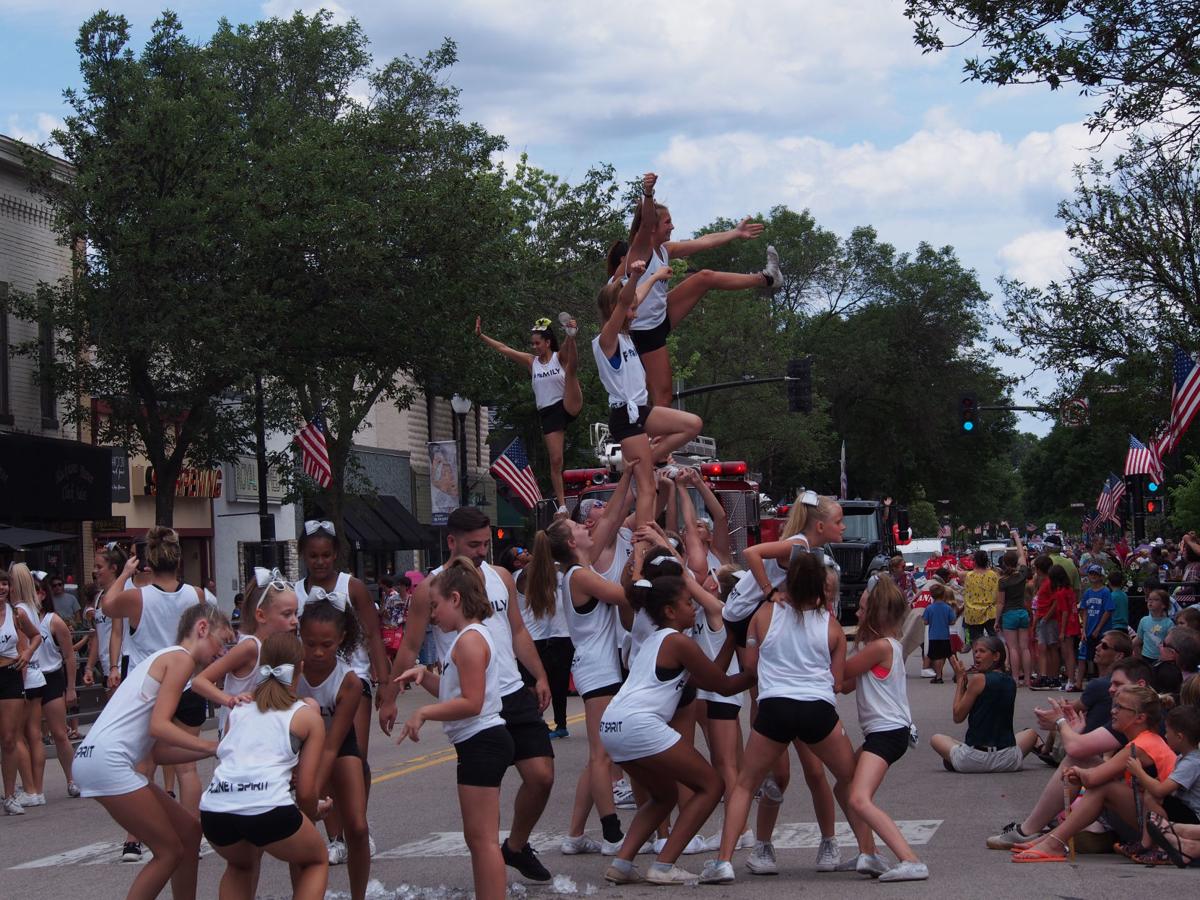 The raspberry mascot high-fives kids in the crowd during the 85th annual Hopkins Raspberry Festival parade.

Former Raspberry Queens and Princesses walk in the parade.

Cars, trucks, floats and even donkeys participated in the Raspberry Parade.

The city of Hopkins crowds on the sidewalks of Mainstreet to watch the Raspberry Parade.

HOPKINS — Queens, princesses and raspberry mascots paraded down Mainstreet in Hopkins on Sunday, July 21, to mark the end of the 2019 Raspberry Festival.

With events starting the weekend before, the festival included a car show, music from several bands, a blood drive, ice cream, coronation of the new Raspberry Royalty, a parade and much more.

“We had a wonderful week,” Hopkins Raspberry Festival Executive Director Leigh Drinkwine told Lakeshore Weekly News. “All of our events went off without a hitch with the exception of the craft fair, which was canceled due to weather on Saturday morning.”

Drinkwine said her favorite event was Saturday evening in Central Park, which included music, the 4-H showcase and lots of kids activities, such as inflatable rides and art activities.

Davis is a student at Winona State University, majoring in political science and minoring in ethnic studies. She was a cheerleader at Hopkins High School and in college. This summer, Davis is working to get her motorcycle license.

Weiler is also a student at Winona State University. She is minoring in theater and has been working in several shows as a actor and stagehand. She finds the history of Hopkins fascinating and likes to learn about local history.

Bagstad is a student at Hamline University studying criminology, criminal justice, social justice and legal studies. She is a student-athlete in basketball and track and field. She enjoys volunteering in Hopkins to give back to her community.

The princesses and their queen will serve for a year as the Royal Raspberry Court, attending city functions, volunteering in Hopkins and representing the city at other cities’ events.

The Raspberry royalty dates back to the first raspberry festival where a Raspberry Queen was crowned along with her court. Each year, people who work or live in Hopkins have the opportunity to become Raspberry Royalty. The court has nine members: three women ages 17-25, four children ages 6-9, and two seniors over the age of 55.

The Raspberry Festival did not coronate a new senior raspberry queen or king or junior raspberry princesses this year. They are reevaluating the junior and senior program, according to the Raspberry Festival website. Last year’s Senior Raspberry Queen Robin Price and Junior Queen Aubrey Eggleston and Junior Princess MeAyila Priere did appear in the parade, which featured local organizations and businesses.

Each year, the festival hosts the Hunt for the Golden Raspberry. Starting on Monday, July 15, participates deciphered clues on the Raspberry Festival website to find where a gold medallion was hidden somewhere in Hopkins. Each morning at 8 a.m., a new clue was added to the website. Gary Wong found this year’s Golden Raspberry at Overpass Skate Park on July 17.

The prize for finding the medallion was $300.

Next year’s Raspberry Festival is tentatively scheduled for July 11-19, 2020.

Mayor Ron Case suggested a parade for Eden Prairie. What would it take to make it happen?

Did you have fun at Eden Prairie's Independence Day celebration this year? Just wait: The city's Fourth of July celebration might be an even b…