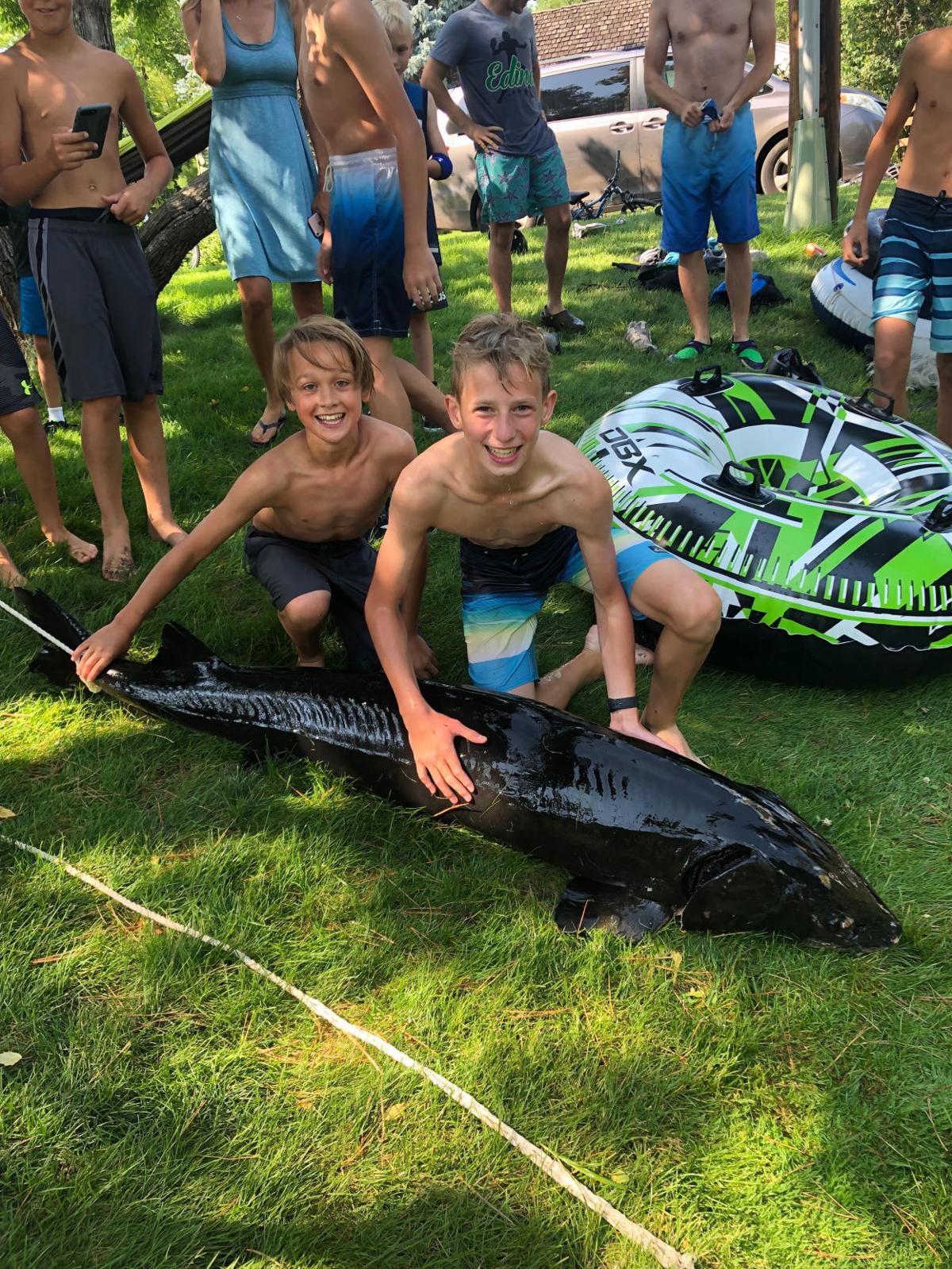 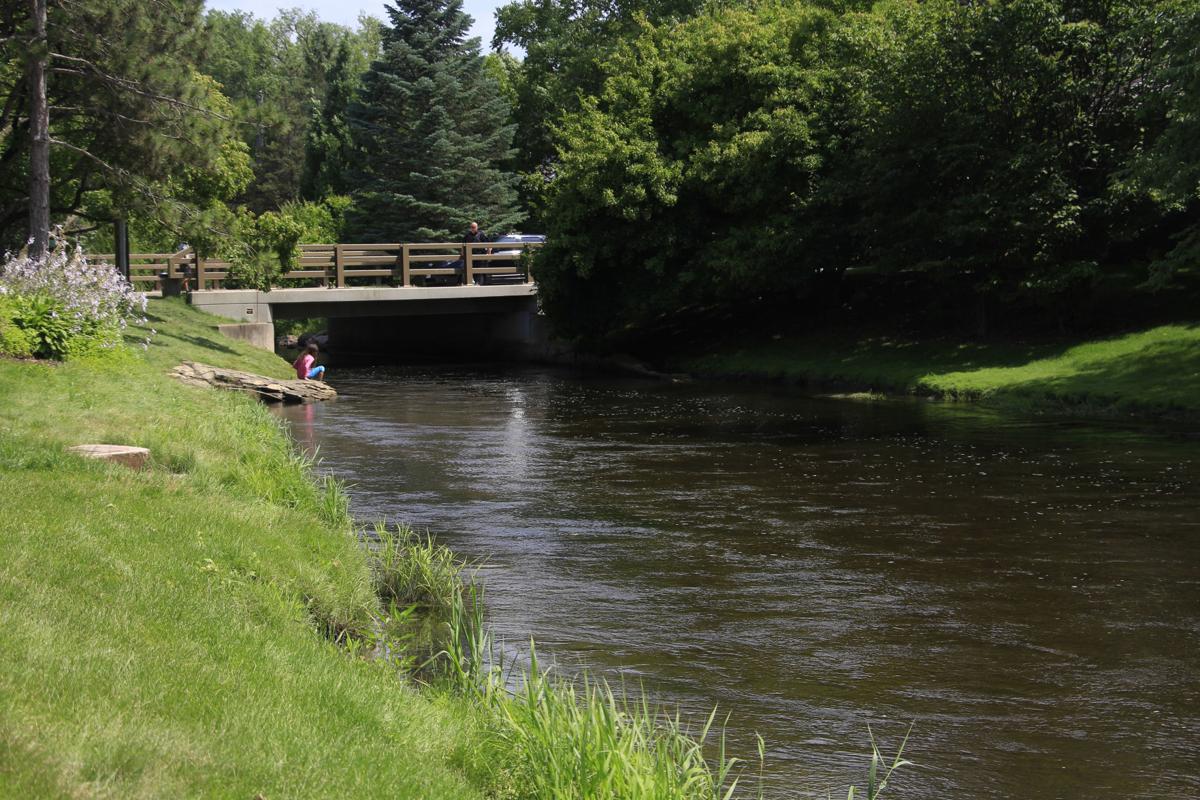 The boys caught the fish in Minnehaha Creek near the West 56th Street bridge in Edina. 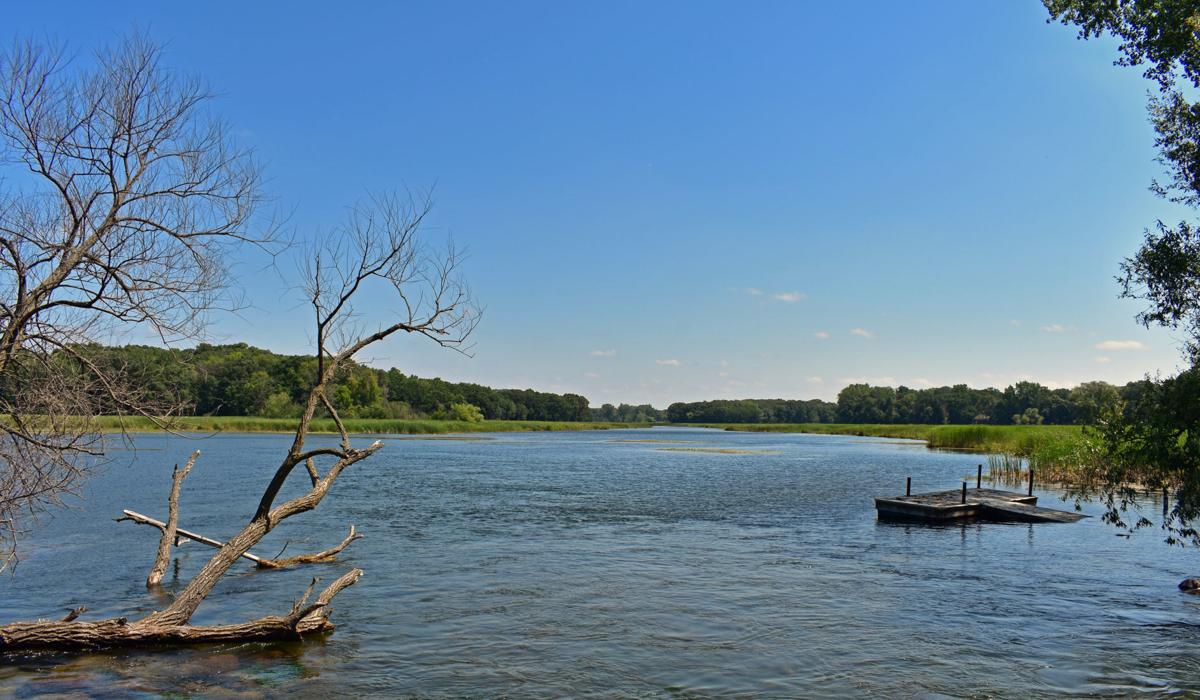 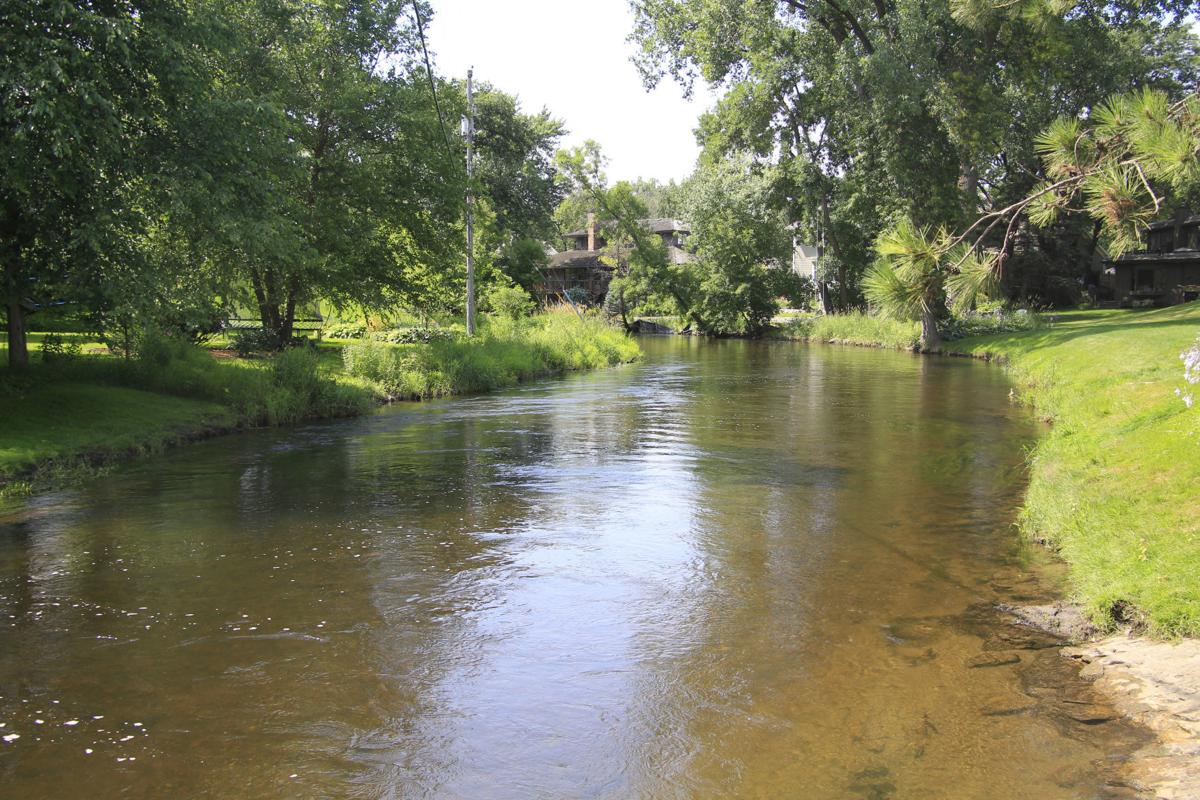 A large sturgeon was spotted in Minnehaha Creek. 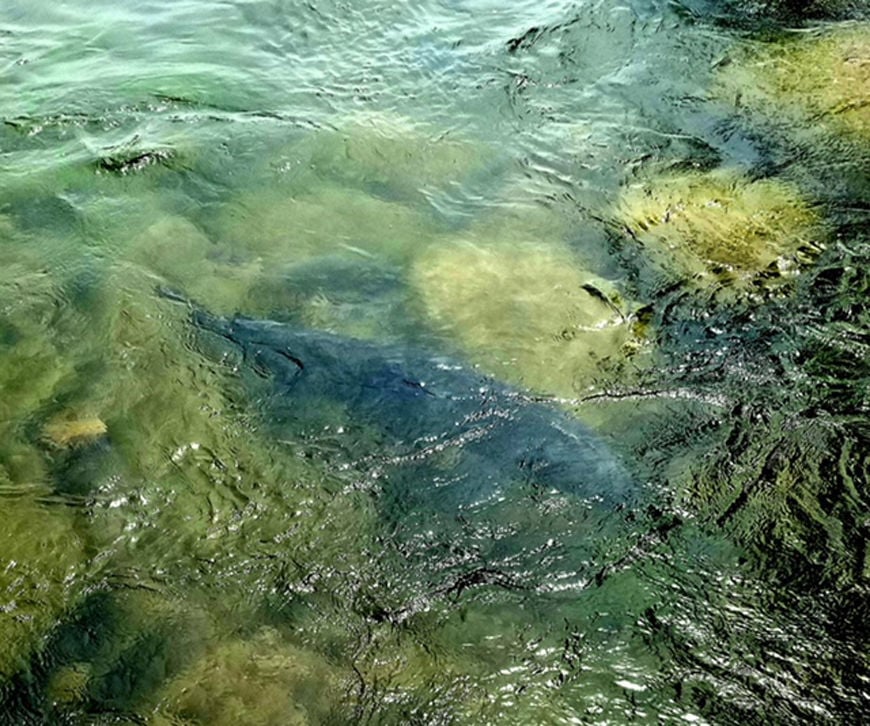 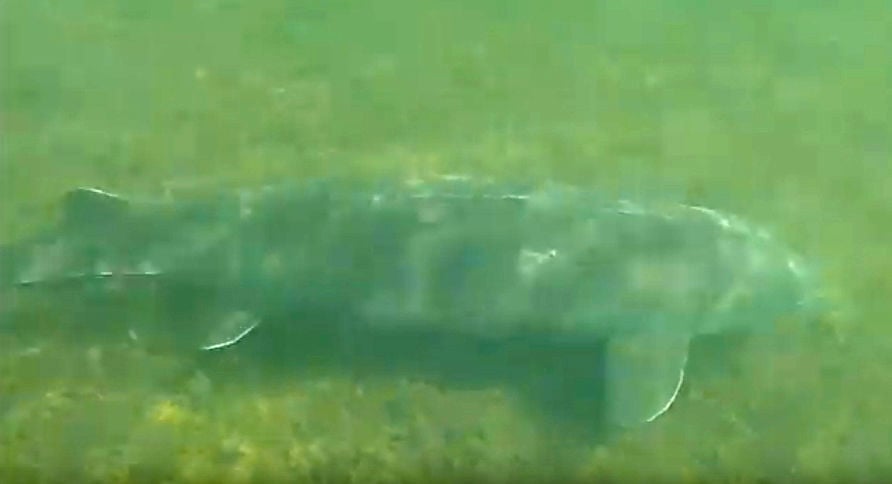 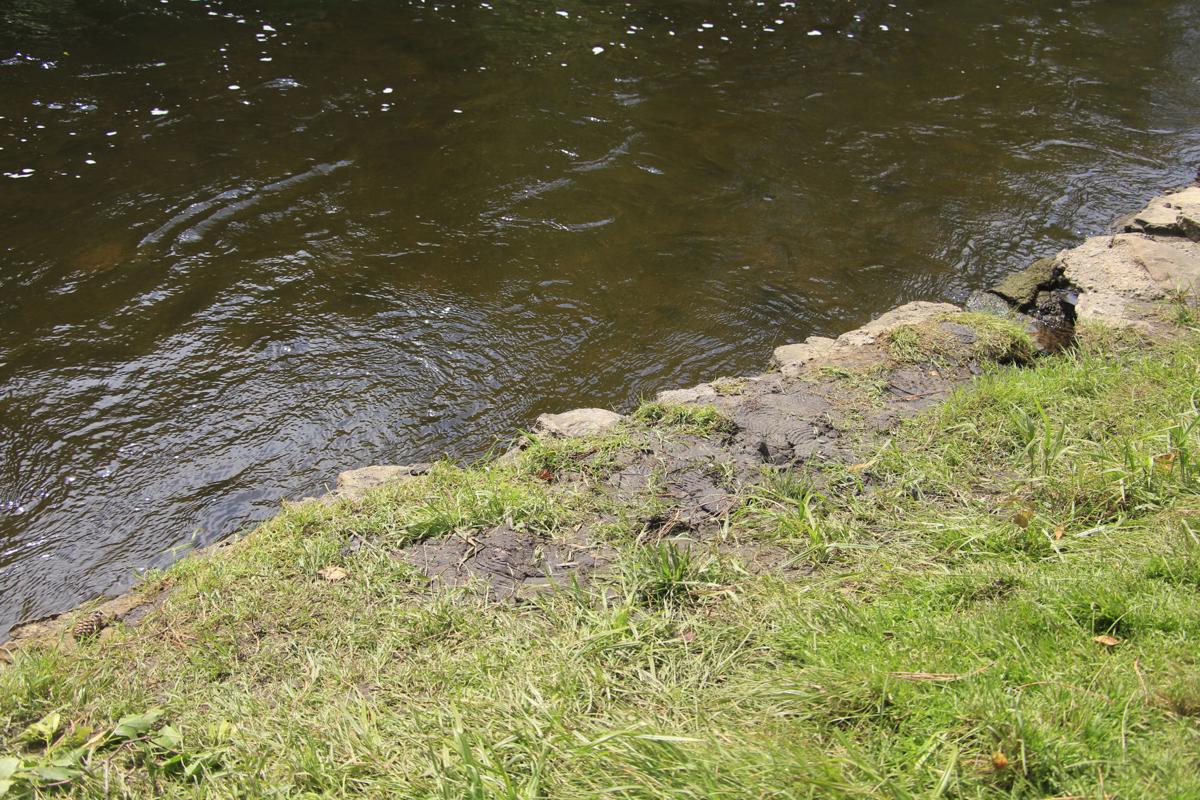 Footprints in the mud along Minnehaha Creek in Edina show where the boys caught the large sturgeon Wednesday night.

The boys caught the fish in Minnehaha Creek near the West 56th Street bridge in Edina.

A large sturgeon was spotted in Minnehaha Creek.

Footprints in the mud along Minnehaha Creek in Edina show where the boys caught the large sturgeon Wednesday night.

EDINA — Southwest News Media has been tracking a sturgeon fish swimming through west metro waters recently and now, what could be the same fish, has been spotted once again.

Mac Hoekstra, 12, and Owen Sanderson, 14, both of Edina, along with a group of friends, spotted and caught a sturgeon swimming in the Minnehaha Creek near the West 56th Street bridge the night of Wednesday, July 24.

Hoekstra told Southwest News Media he had seen the monster fish several times in recent weeks, and this time decided to catch it. At first, Hoekstra and Sanderson tried to catch it barehanded by the tail, but after unsuccessful tries, Hoekstra used a rope and had the help of Sanderson to tie the rope around the fish’s tail and then pull.

“It seemed bigger than it looked in the water,” Hoekstra said.

After the catch, the boys decided to put it back in the water and let the fish keep swimming.

Since the creek is relatively shallow compared to a sturgeon’s normal habitat, and the fact the fish could get stranded there, the Minnesota Department of Natural Resources made the decision to try and move the fish, which is atypical for the DNR, DNR West Metro Area Fisheries Supervisor Daryl Ellison said.

“Normally we don’t do fish rescue,” Ellison said. “We let the fish take care of themselves.”

Staff members for the DNR said the fish may be close to 70 years old.

Shannon Fisher, DNR’s fisheries population monitoring and regulations manager, oversaw the efforts to try and catch the sturgeon the morning of Thursday, July 25.

And now, they wait.

“Until it shows up, there’s nothing more we can do,” Fisher said, noting “We will rely on the eyes here that found it in the first place” to know when it returns.

If the DNR ends up catching the fish, it may be released in the Mississippi River or Minnesota River. As of the afternoon of Monday, July 29, the sturgeon hadn’t been caught.

These two Edina friends will now share a memory that goes deeper than a typical summer hangout.

“It is such a cool memory to have of catching it with him [Hoekstra],” Sanderson said.

For Hoekstra, an avid fisherman, only one thing might top this catch in his life.

It’s unclear if the sturgeon spotted in Minnehaha Creek is the legendary Lou that has called Lake Minnetonka home.

Lou is the name of a giant fish that was spotted in Gray’s Bay this spring. Mark Gjengdahl recorded video of Lou in May, saying the fish looked to be five feet long and about 80 pounds. After seeing the massive fish, he classified it as a sturgeon.

Then on July 16, Nick Blazovich, 11, of Edina, sent a video to Southwest News Media of a large fish spotted in Minnehaha Creek near Utley Park in Edina.

We may never know if Lou is the same sturgeon that was spotted in the creek, but Gray’s Bay does drain into Minnehaha Creek.

See a video of the catch, as well as more photos and video of a fish that could be "Lou" online at swnewsmedia.com.

The legend of Lou the big fish continues. Is Lou on the loose?

A few weeks ago, Southwest News Media reported on the "Legend of Lou," a giant fish spotted in Gray's Bay on Lake Minnetonka.