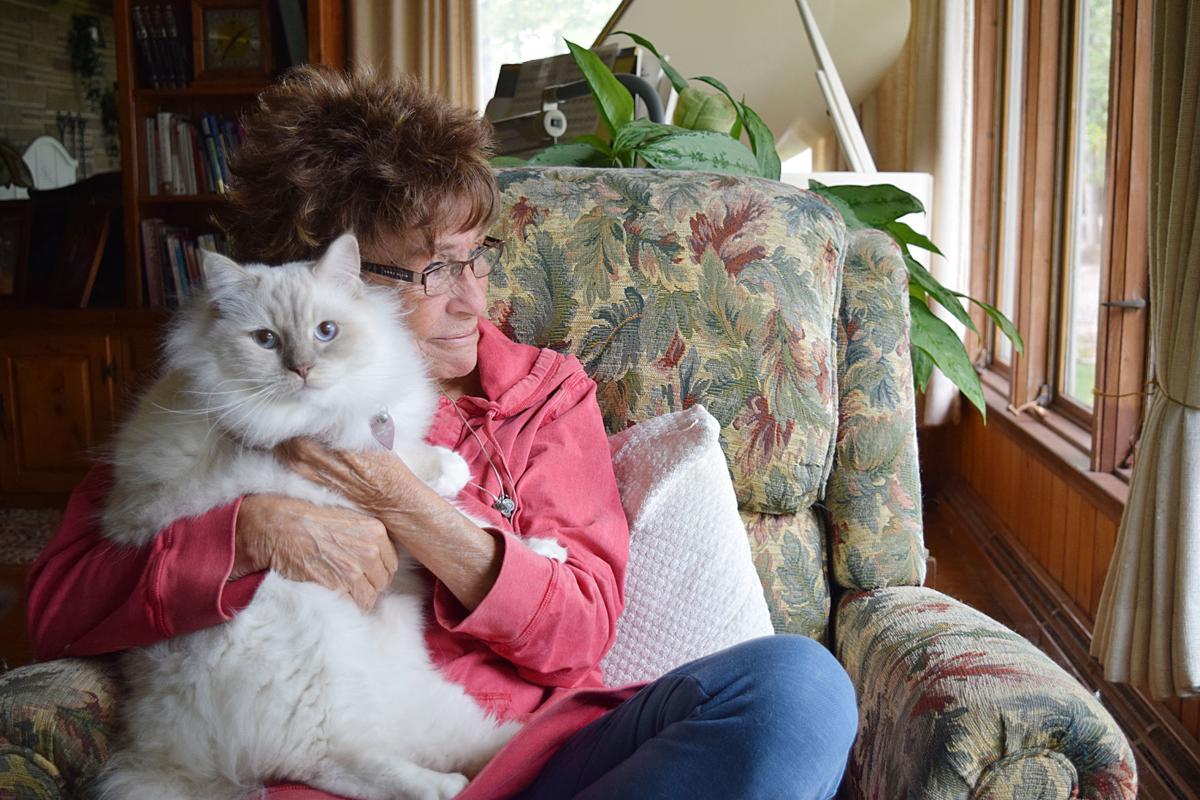 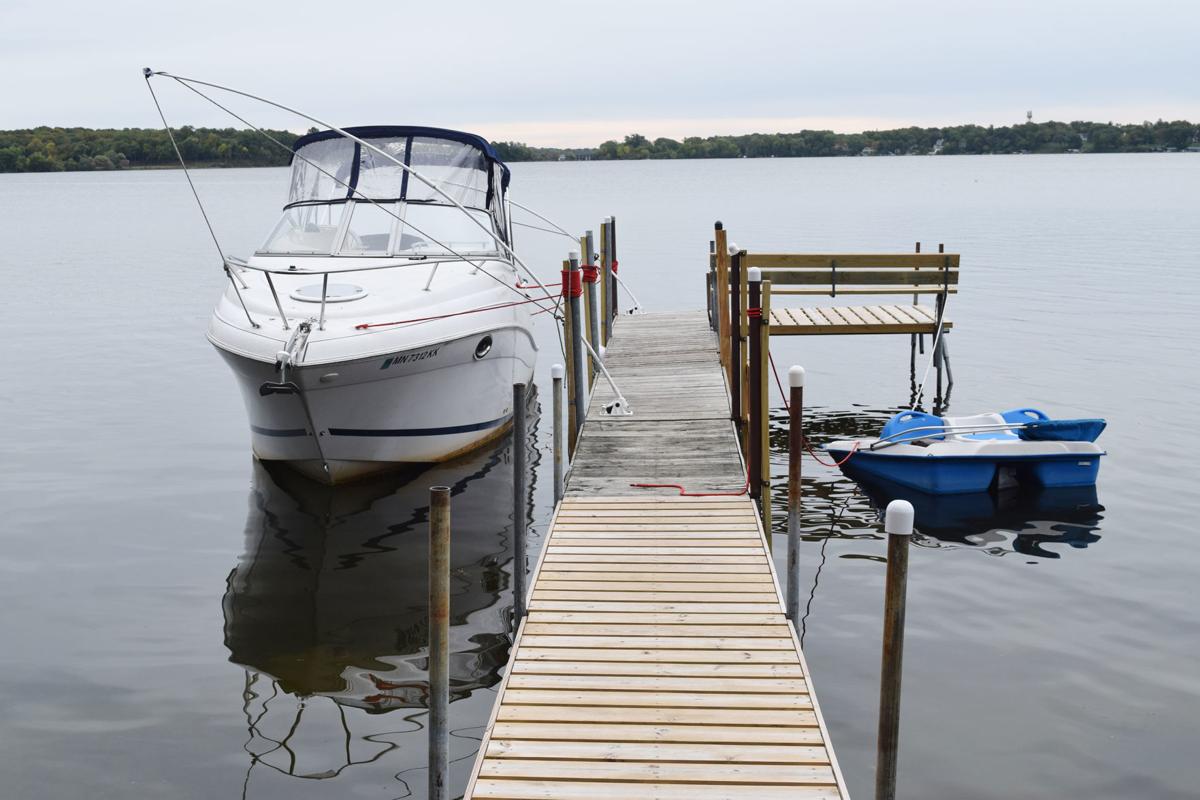 This is the boat and dock at the center of the controversy in Orono over an ordinance. To be clear, the paddleboat on the right belongs to Edwards. The boat on the left, however, is owned by a Chaska man. 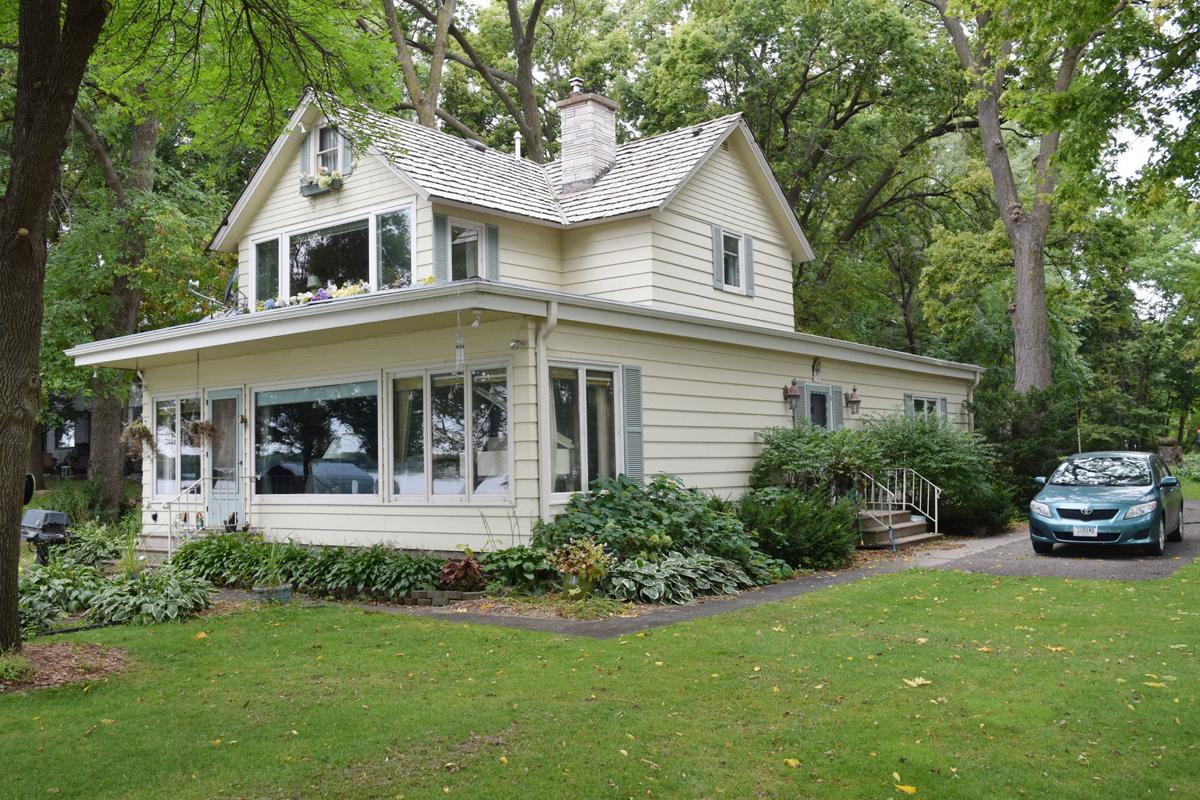 This is the boat and dock at the center of the controversy in Orono over an ordinance. To be clear, the paddleboat on the right belongs to Edwards. The boat on the left, however, is owned by a Chaska man.

ORONO — Nancy Edwards is a 74-year-old woman with a 160-year-old, 1,700-square-foot house right on Lake Minnetonka. Most of the homes of that era are long gone. Next door to her a big, new mansion is going up.

She inherited the house 18 years ago from her father. The house has a dock. Attached to that dock is a boat that does not belong to her.

And as many people around Lake Minnetonka already know — she is being prosecuted by the Orono city attorney for having that boat docked there.

Edwards was featured in a Sept. 19 story in the Minneapolis Star-Tribune, which garnered her public support. Whenever she posts her comments to The Lake Minnetonka Fan Club on Facebook, she gets dozens of comments — typically about cities abusing their powers over landowners.

But she said she feels like the Strib article portrayed her as wanting a pity party. She does not.

“I am not a victim,” Edwards said in an interview with the Lakeshore Weekly News in her home. “I am a child of the ’60s. I know how to stand up and fight.”

So who is she?

Edwards is an Iowan-turned-Minnesotan. She was born in Ames, and she came to Minnesota at age 16 when her parents moved to Wayzata. She was a member of the Wayzata High School class of 1962. She attended the University of Minnesota for a year before getting married. The marriage lasted 10 years.

1962 also is the year her parents moved to the home on North Shore Drive overlooking Crystal Bay.

Edwards went back to the U of M and graduated with two master’s degrees, in public health and social work, and went on to have a 30-year career as a therapist in Minnetonka. She was married to her second husband for 28 years.

She has three adult children, all from the first marriage. David lives in Naples, Florida, and Mary and Steve reside in the Twin Cities. And they have given her 12 grandchildren. She said she enjoys seeing the little ones play in her front yard along the water.

The case could be made that Edwards does fit victimhood appearance, even if she doesn’t want to be one. She is in remission from esophageal cancer. She weighs just 100 pounds as a result — and is a senior on a $1,500-a-month income. The rental adds $3,000 a season. She has a reverse mortgage paying $1,000 a month to offset a $12,000 annual property tax bill.

“I am biding my time, running out the clock, at this enchanted piece of heaven,” Edwards said. “This is what my taxes are paying for, to be prosecuted for having a boat on my dock.”

When she and her second husband split, “he got a boat with no dock, and I got a dock with no boat.”

She said she is surprised the matter has become a big deal. If convicted of the misdemeanor of renting her dock, Edwards faces up to 90 days in jail and a $1,000 fine.

She thinks the dock thing started when she mentioned her dock situation to a nearby marina owner. After that, the police came. She noted that marinas profit from shoreline owners not being able to rent their docks. Even if marinas are full, the waitlist drives up prices, which can be $6,000 per slip or more.

Her lawyer, Erick Kaardal of Minneapolis law firm Mohrman, Kaardal & Erickson, is working for her pro bono. He filed a motion to dismiss the case. The hearing happens Oct. 25 at the Ridgedale location of Hennepin County District Court.

Kaardal laid out his case in the motion papers: She has 75 feet of continuous shoreline. A boat not registered to her indeed is at the dock, but she does not rent the dock. She grants access to the dock to a tenant who is allowed to use her home from May to November.

“The underlying city code does not govern privileges relating to access to a private property owner granting access to their private dock,” he wrote in the court papers.

That tenant is a single dad from Chaska with two children who reside in Mankato. The arrangement was made in December 2017.

To them, coming to Edwards’ house is like going up north to the cabin, Edwards said. The children can go out on the boat with their father.

Kaardal wrote the Orono police came to Edwards’ home, observed a boat on her dock that doesn’t belong to her and concluded she was renting it.

Kaardal noted the Lake Minnetonka Conservation District, which governs the lake, says having a boat not registered in her name is allowed because she has more than 50 feet of shoreline. The district rule states “1 per 50 feet of continuous shoreline regardless of ownership.”

On top of it all, Kaardal writes, Edwards should have grandfather status — for a nonconforming use prior to the ordinance being crafted — considering she had similar arragements going back to 2004.

The law is the law

He said paying for access to a dock is the same thing as renting a dock. He said he saw the lease and all that tenant is doing is parking the car and using the dock.

“That would solve my problem,” he said.

Edwards said when she called Tallen, he told her he doesn’t lose these kind of cases.

“He simply scared me, and I had no desire to talk to him again about anything,” Edwards wrote in a court filing.

Tallen said he isn’t a scary guy; he just told her the maximum penalty and said she could remedy the situation by requesting a waiver from the City Council.

ORONO — A pretrial hearing for Nancy Edwards didn’t happen as planned Friday. Instead, another count was added to the complaint against her.