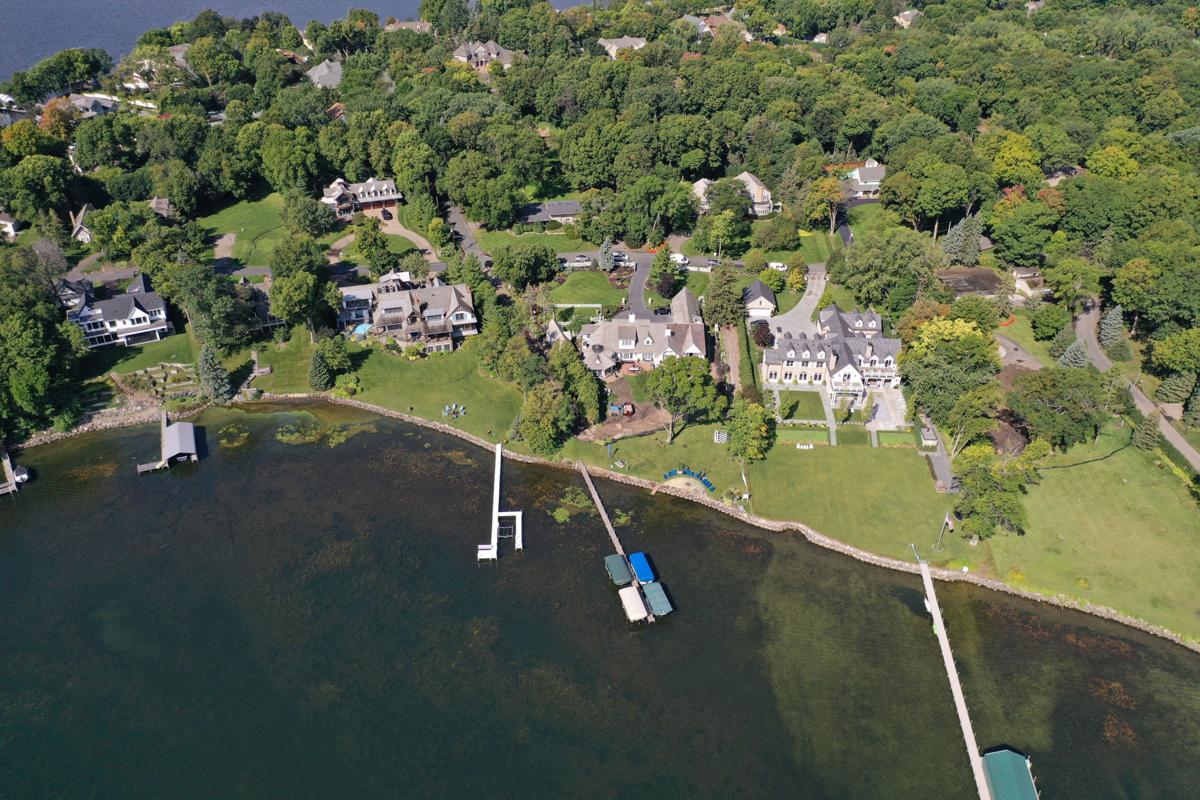 This drone shot City Dock No. 10, with four slips, in the center of the photo, the Schusslers say. 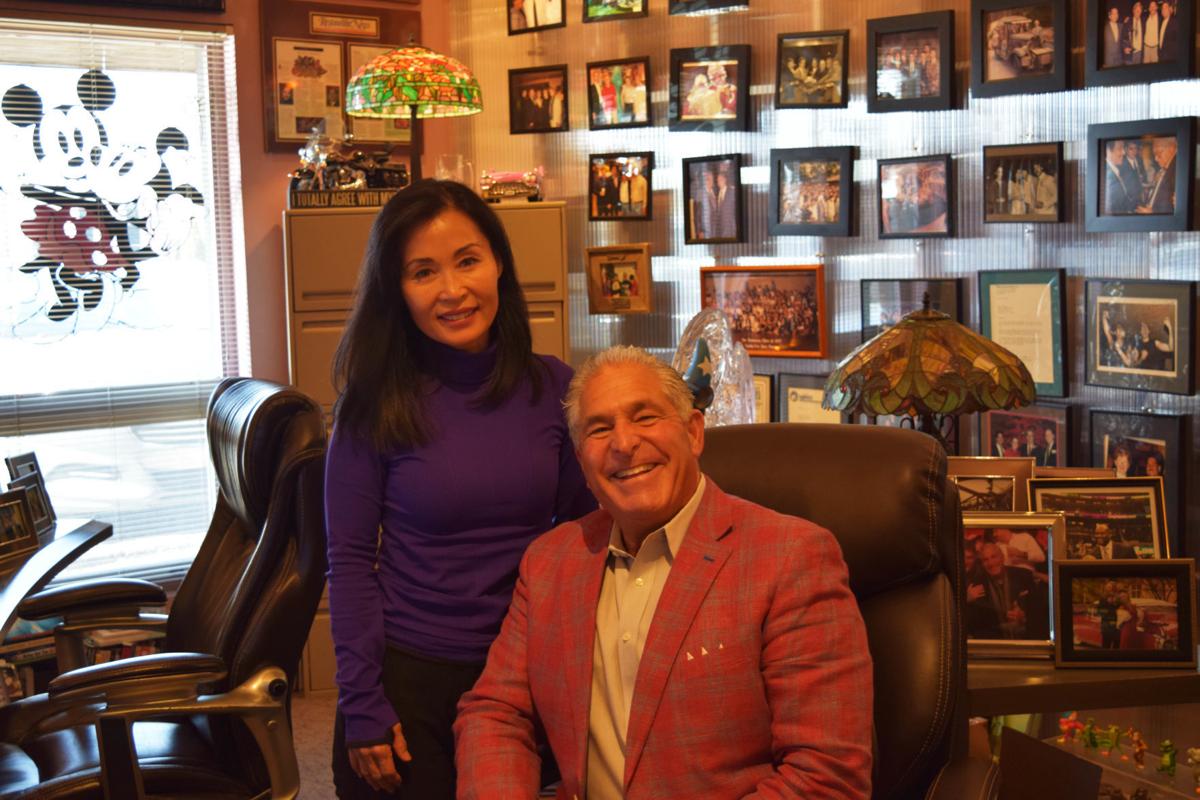 Sunhi Ryan-Schussler, left, and Steve Schussler are seeking a resolution to a  more than two-year dispute over the city dock near their property they say impacts their rights as property owners.

This drone shot City Dock No. 10, with four slips, in the center of the photo, the Schusslers say.

Sunhi Ryan-Schussler, left, and Steve Schussler are seeking a resolution to a  more than two-year dispute over the city dock near their property they say impacts their rights as property owners.

MINNETONKA BEACH — When Steve Schussler and Sunhi Ryan-Schussler bought their home on Minnetonka Beach’s Huntington Point Road in 2017, it was meant to be their forever home. The couple quickly discovered an issue that threatened that notion, and it’s something former property owners had complained about for years.

City Dock No. 10, which is directly north of the Schusslers’ property, sits on 41 feet of shoreline on Lake Minnetonka and is off what Minnetonka Beach designates a fire lane, called Lafayette Avenue, according to the Schusslers’ civil complaint. The city applies each year for a permit for the dock from the LMCD and then rents out four slips to residents, who pay the city for use of the slip for the summer. According to the lawsuit, a Minnesota law from 1860 means because of its designation as a fire lane, the Schusslers have fee title rights to at least half of the fire lane and the city has an easement to use the fire lane. The Schusslers also have riparian rights to lake access extending from the fire lane, the complaint states.

The couple told the paper they struggled in their decision file a lawsuit as they want to be good neighbors and feel they have been since moving to Minnetonka Beach — they said they hosted a city party at their home, provided an ice cream truck to an event and even a water car or amphibious car for a local resident who dreamed of riding in one. The car was part of their shared business, Schussler Creative, where they create restaurants like the Rainforest Cafe and the T-Rex Cafe in Disney World.

Before filing the lawsuit, the Schusslers approached the city and the LMCD with their concerns about City Dock No. 10, the complaint alleges. The couple provided a packet of information to the Minnetonka Beach City Council and attended its Nov. 12, 2019, meeting, but at the meeting the lawsuit alleges the mayor instructed City Council members not to ask questions or talk about the information in the packet.

The Schusslers attended the next month’s City Council meeting, on Dec. 9, 2019. Approval of the dock license for all city docks for 2020, including City Dock No. 10, was on the consent agenda. The Schusslers brought a written objection to the dock license and asked to state an objection to the dock license during the open forum, but they were not allowed to do (League of Minnesota Cities rules say the open comment period is for items not on the agenda), the complaint says. They were also not allowed to state an objection when the item came up during the consent agenda portion of the meeting, which passed unanimously, the lawsuit states.

After two and a half years in their home and two boating seasons without use of their lakefront and no help from the LMCD or the city of Minnetonka Beach, the Schusslers said they felt their last option was to file the lawsuit before the 2020 boating season started.

The lawsuit alleges several issues with City Dock No. 10. The first being its angle. For years, the dock held six boats and used a small amount of the property north of Schussler’s home (the city obtained written consent from this property owner to do this), the civil complaint says. However, the home to the north of Schussler’s property changed ownership several years ago and the new owners did not give consent for City Dock No. 10 to encroach on their land, so the city reconfigured the dock prior to the Schusslers purchasing their property.

When the dock was reconfigured, it was angled south, jutting out from the fire lane into the water in front of the Schussler’s property, interfering with their riparian rights, the complaint states.

The Schusslers are concerned about the safety of the water behind their home, they told the paper. Because of the way the dock is configured, the Schusslers can’t use their lakefront, they don’t swim and they keep their dogs away from the water in fear that one of the boats will accidentally hit someone.

They also say they have never been able to have their own dock for their four boats because the angle of City Dock No. 10 prevents them from installing a dock that complies with LMCD Code, Sunhi Ryan-Schussler said. Instead, the Schusslers have kept their old home in Orono just so they have a place to dock their boats.

In addition, the lawsuit alleges a conflict of interest, stating Klohs rents a slip at City Dock No. 10 and lives across the street from the Schusslers, creating a conflict of interest for Klohs, who might be advocating and voting for his own rights on City Dock No. 10 when voting on LMCD matters having to do with dock licensing. According to the lawsuit, Klohs has never recused himself for a vote on the 2020 dock license for Minnetonka Beach.

In total, the Schusslers level nine counts in the civil complaint and are seeking several resolutions. Among them: a declaratory judgment that what they claim in the lawsuit is fact; they can install their own dock; a resolution restraining the LMCD and the city of Minnetonka Beach from issuing permits and licenses for City Dock No. 10; and an injunction so the LMCD cannot hold any closed meetings regarding the dock or the municipal dock license application unless it meets the closed meeting requirements.

The Schusslers are seeking a total of $250,000 jointly from the city of Minnetonka Beach and the LMCD for various losses and infringements. The lawsuit requests a speedy hearing.

After the lawsuit was filed, the LMCD considered passing an amendment to its Code to clarify that municipalities own any public land for which they have an easement, with the amendment saying in part, “For the purposes of this Code, a municipality shall be considered the owner of public lands and rights-of-way under its jurisdiction, and of all other properties held by the municipality in trust for the public, regardless of whether its interest is held in fee, easement or by lease.”

Because the amendment was pulled off the March 11 agenda, members of the public could speak about it during the meeting. Peter Johnson, an attorney for Gabriel Jabbour, a marina owner on Lake Minnetonka, testified, saying he was not intending to get involved in the Schusslers’ conflict but Jabbour’s businesses would suffer if the amendment passed.

“If you are going to make a code amendment that affects property owners across the lake, a public notice and a public hearing is the dead minimum as your obligation to the public,” Johnson said.

Teh Schussler’s attorney, James Gilbert, of Orono, also spoke, implying the LMCD was trying to pass the amendment before the Schusslers’ case went before a judge.

The city of Minnetonka Beach and the LMCD will seek to dismiss the case, Minnetonka Beach Mayor Jaci Lindstrom said in the city’s March 5 Weekly Splash email, noting they expect a ruling shortly after the upcoming hearing.

Paul Reuvers, Minnetonka Beach’s lawyer in the lawsuit, told Lakeshore Weekly News he believes the Schussler’s claims have no basis in law or fact. He said this is not the first time someone has made a similar claim over a fire lane, noting in a 1998 case the Hennepin County District Court decided: “Minnetonka Beach has the legal authority to regulate the use of the fire lane for purposes of public enjoyment and access to Lake Minnetonka. This authority includes the right to grant permits for the installation of seasonal docks by private parties.”

Justin Templin, the lawyer representing the LMCD, Kohls and Baasen told the paper the LMCD is confident it will prevail and have been consistent with Minnesota law and LMCD Code when it comes to City Dock No. 10.

The civil case went before Judge Thomas Fraser on Feb. 14. At this hearing, the court decided the issue can be resolved via “an expedited judicial proceeding,” according to court documents.

The courts and counsel spent 90 minutes discussing how to preserve the status quo and resolve the dispute. It was decided the LMCD can issue the multiple-dock license to the city of Minnetonka Beach, but the city cannot issue a permit for City Dock No. 10 until the court says so, according to court documents.

The Schusslers’ request for a temporary injunction is scheduled to be heard on March 30 before Judge Fraser. It’s not clear if the hearing will be delayed due to the COVID-19 (coronavirus) pandemic.

The Shusslers reached out to two previous owners of their home to ask if they had similar issues with City Dock No. 10. They sent in letters of support for the Schussler's lawsuit.

Samuel D. Heins, former U.S. Ambassador to Norway, now a resident of Wayzata, wrote a letter that said, in part, “After extensive efforts to engage neighbors, city officials and LMCD officials in discussion, we sadly concluded that the fix was in. Why we don’t know but it was apparent that no theoretically responsible party was willing to actually consider the legal arguments and rational factors that would solve the dock 10 problem without harm to any stakeholder.”

In her letter, she wrote, “The problems we had for years with dock-site no. 10 eventually brought us to the realization that we lost the use of our home that we had once enjoyed, our rights as property owners had been violated. We had appealed to people’s sense of decency and fairness only to be misled, misinformed and out maneuvered.”