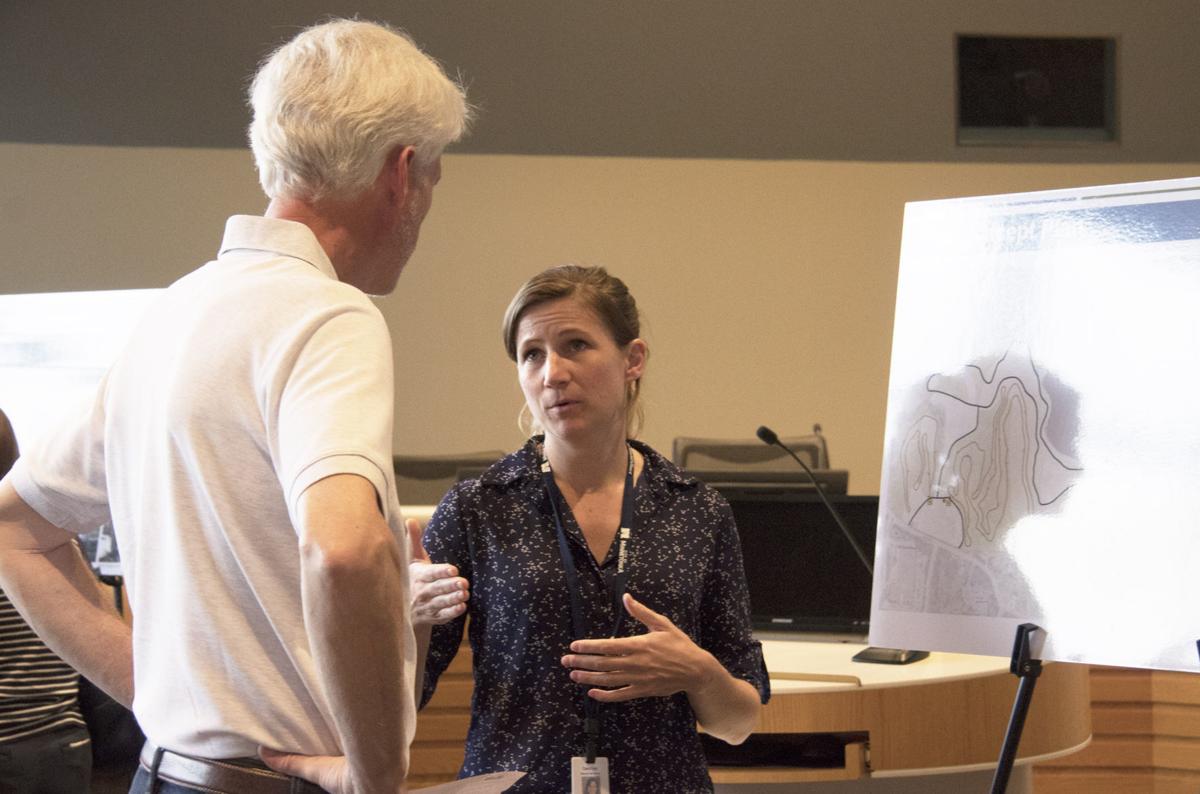 Carol Hejl, a park & trail planner, said everyone she had spoken with at the open house wanted to see the best for Lone Lake Park. 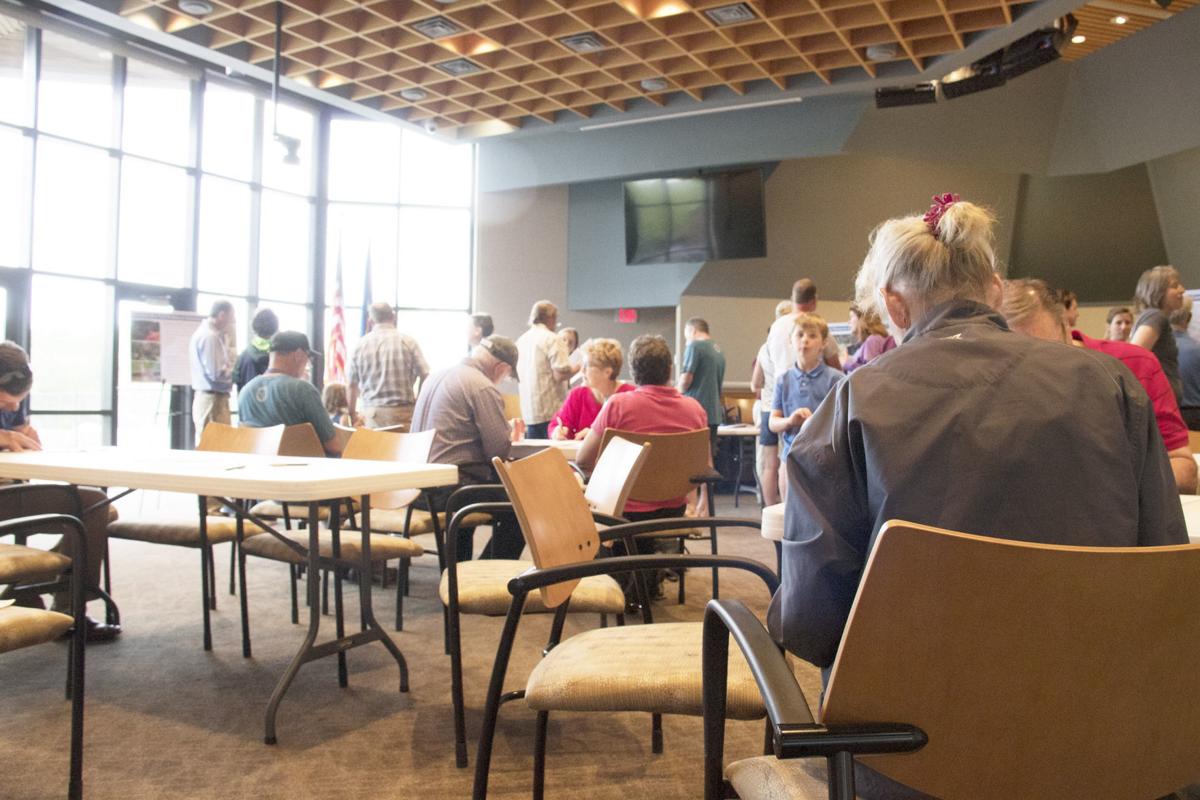 The open house was spread across three time slots on May 17.

MINNETONKA — The city of Minnetonka debuted a Lone Lake Park mountain bike trail concept plan draft at an open house on Thursday, May 17.

In the plan, the trail is 4.7 miles long with a width of 18-24 inches. The trail has been designed for beginner and intermediate biking with an average slope of 5 percent. The proposed trail crosses paths with the walking trail once at the trailhead.

“Right now, we’re just at that concept,” said Jo Colleran, natural resources manager with the city. “This is the first time that people have seen a plan that shows: Here’s potentially where the trail’s going to go. And so I think we’re on that cusp of trying to get feedback and trying to digest that feedback and then within the next few weeks being able to prepare more information for the park board.”

In a mountain bike study shared in packets, the city said shifting trends in recreation indicate that individual sports, like mountain biking, have been growing in popularity while team sports have been shrinking. Mountain bike sales are expected to see an annual growth rate of 9.84 percent from 2017 to 2021.

Attendees provided feedback at the open house and spoke with Park Board staff, as well as representatives from Minnesota Off Road Cyclists.

Some attendees expressed concerns for how Lone Lake Park would be parceled by incorporating a bike trail. Other attendees inquired about control of etiquette, the meeting passive and off-road users and the quantity of users.

Through their mountain bike study, the city said Twin Cities trails similar to the proposed size at Long Lake Park only see an average of 140-300 users per week.

“There are a number of ways to control rider speed and behavior including signage about trail rules, utilizing turns, narrow trail design (chokes) and corralling the trail (natural objects placed along the trail,)” the study says.

SEH said there are several potential environmental impacts in the park, which has above-average amount of wildlife. By using sustainable and low-impact methods to limit grading, and by using one-way paths, the impacts would be lessened. SEH also pointed out that while there are 1.6 miles of formal trails, more than three miles of unofficial trails created over the years have had impacts on the park, too.

Carol Hejl, a park and trail planner, said she answered questions concerning how the trails would be multi-use and sustainably built.

“It’s been great to meet the community and hear concerns and answer questions,” she said. “They share the same values; everyone cares about the parks.”

To date, the city has used $35,000 of the allocated $130,000 for trail design, public engagement and natural resources assessment. The city estimates the cost of building the trail, including signage, trailheads and gates, is between $175,000 and $200,000.

The trail study and concept plan draft are online at bit.ly/2IwRpnw.