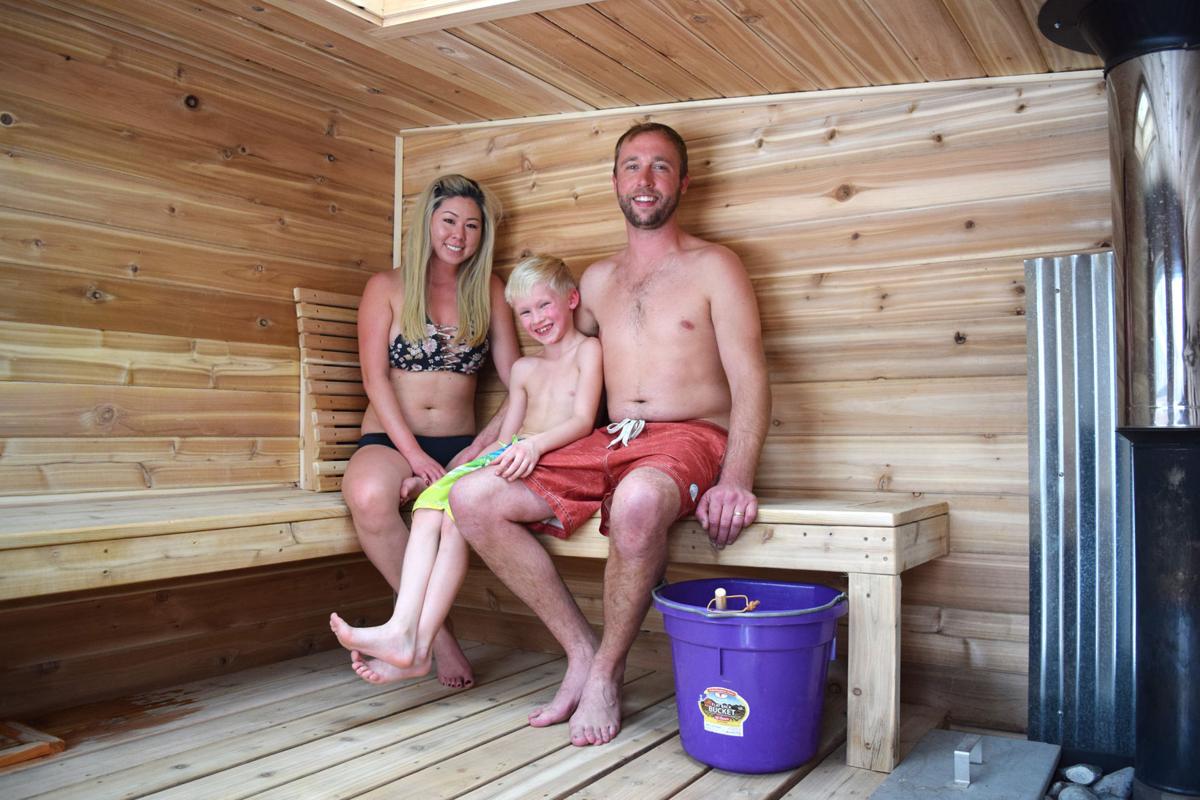 Karl and Linda Forsman sit in their mobile sauna with their son, Karter, 8, in the parking lot outside the Lakeshore Weekly News office. Their sauna rental company is called Tonka Steamer. 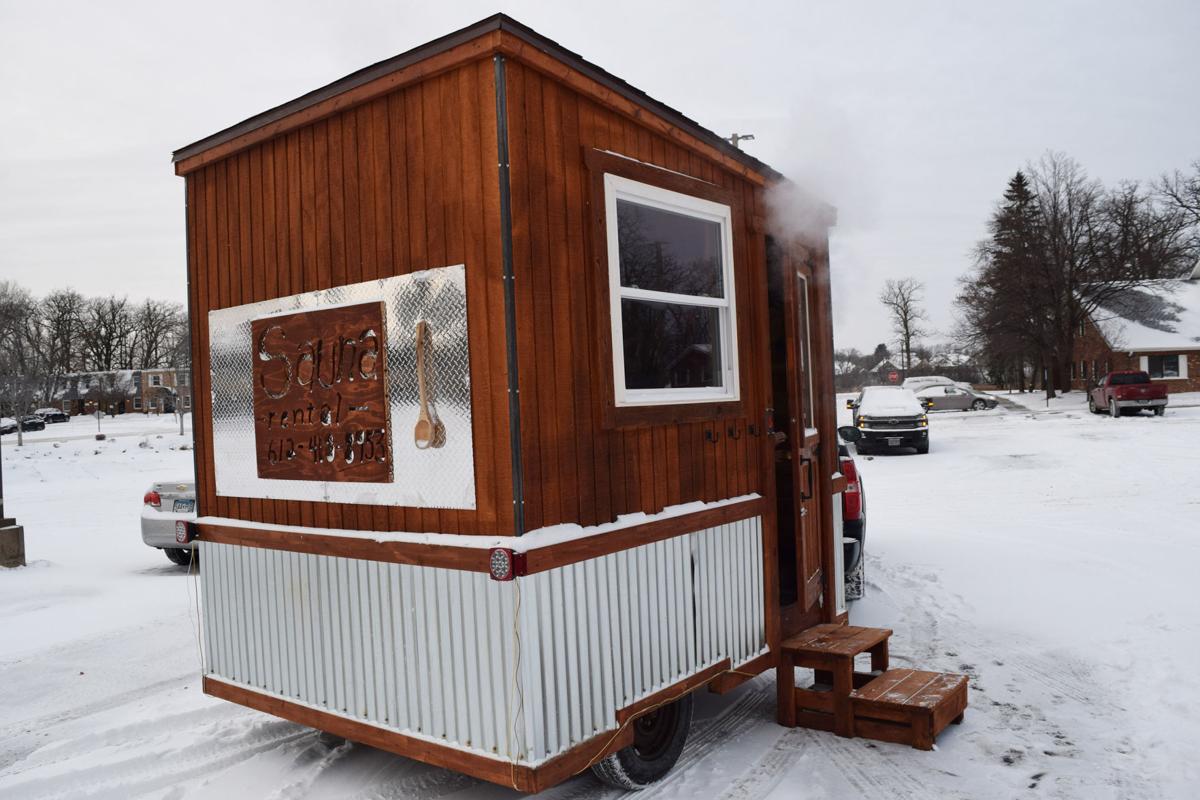 A mobile sauna sits in the parking lot of the Twelve Oaks Center where the Lakeshore Weekly News office is at. The rental’s website is tonkasteamer.com.

MINNETONKA — A Minnetonka couple liked saunas so much they decided to make theirs mobile. And it dawned on them: rent it out.

Karl and Linda Forsman built the sauna in December.

He originally hails from Ely and is from a family with Finnish heritage.

“Everyone has a sauna in our family,” he said.

Of course, Ely is known for its 100-year-old public sauna that once was for the miners but now provides relaxation to weary hikers and local residents alike.

The Forsmans missed that experience since moving to the west metro nine years ago.

The mobile Sauna is 8 feet tall, 9 feet long and 7 feet wide. Featuring cedar in and out, it weighs 3,000 pounds. The sauna has a Kuuma Finnish woodburning sauna stove — which take three months to get, Karl said.

The couple took the mobile sauna to tailgate at U.S. Bank Stadium for the Vikings-Saints playoff game, where it was a popular attraction among the hearty fans.

It rents for $350 a day (but $300 in the month of January, attendant included). An attendant normally costs $72 for two hours. There is a charge of $650 for four hours during Super Bowl week.

Linda said it comes with perks, too. People can have essential oils, Finnish soap.

“You even can have an attendant to keep it going, steam it up,” she said.

He noted scents such as eucalyptus can be added to the water for aromatherapy from the steam.

“A lot of people go to saunas, and they have a sign that says, ‘Do not put water on the rocks,’” he said. “That’s not this.”

And with the turn of a ladle, he steamed up the place.

Karl said his father has a sauna on a pontoon and one for a fish house.