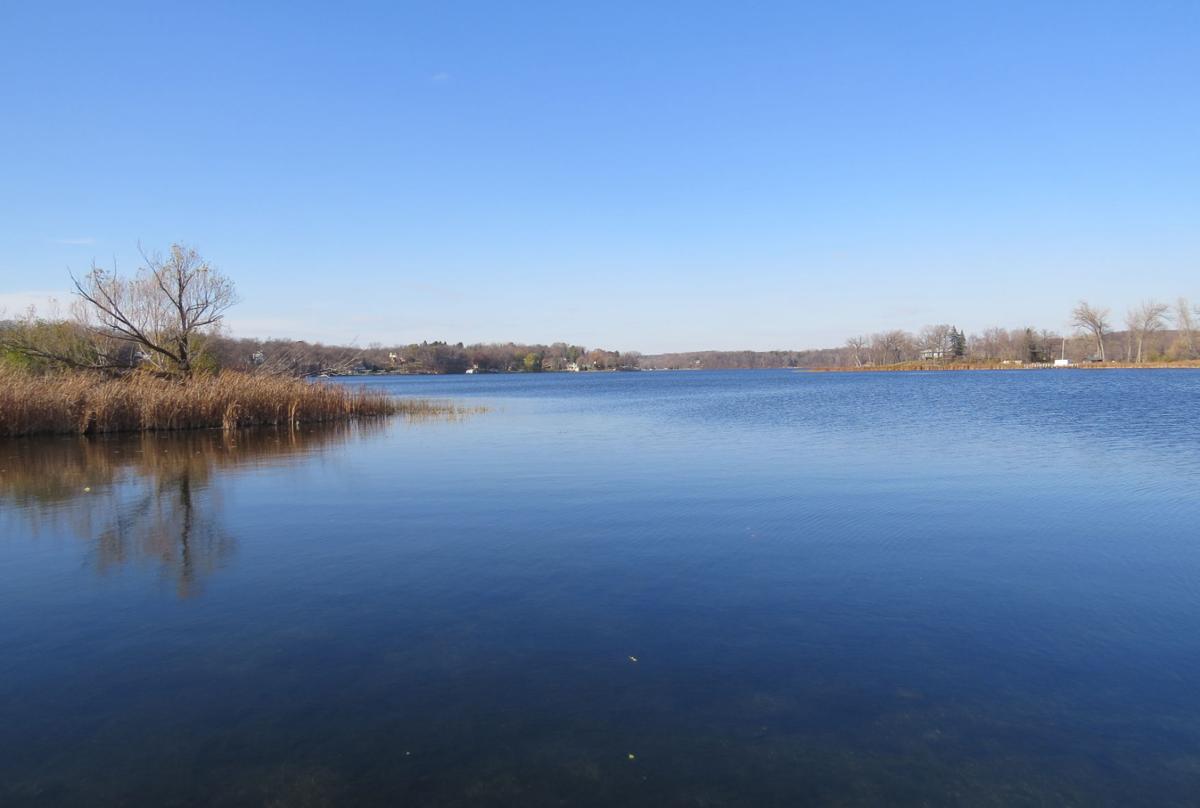 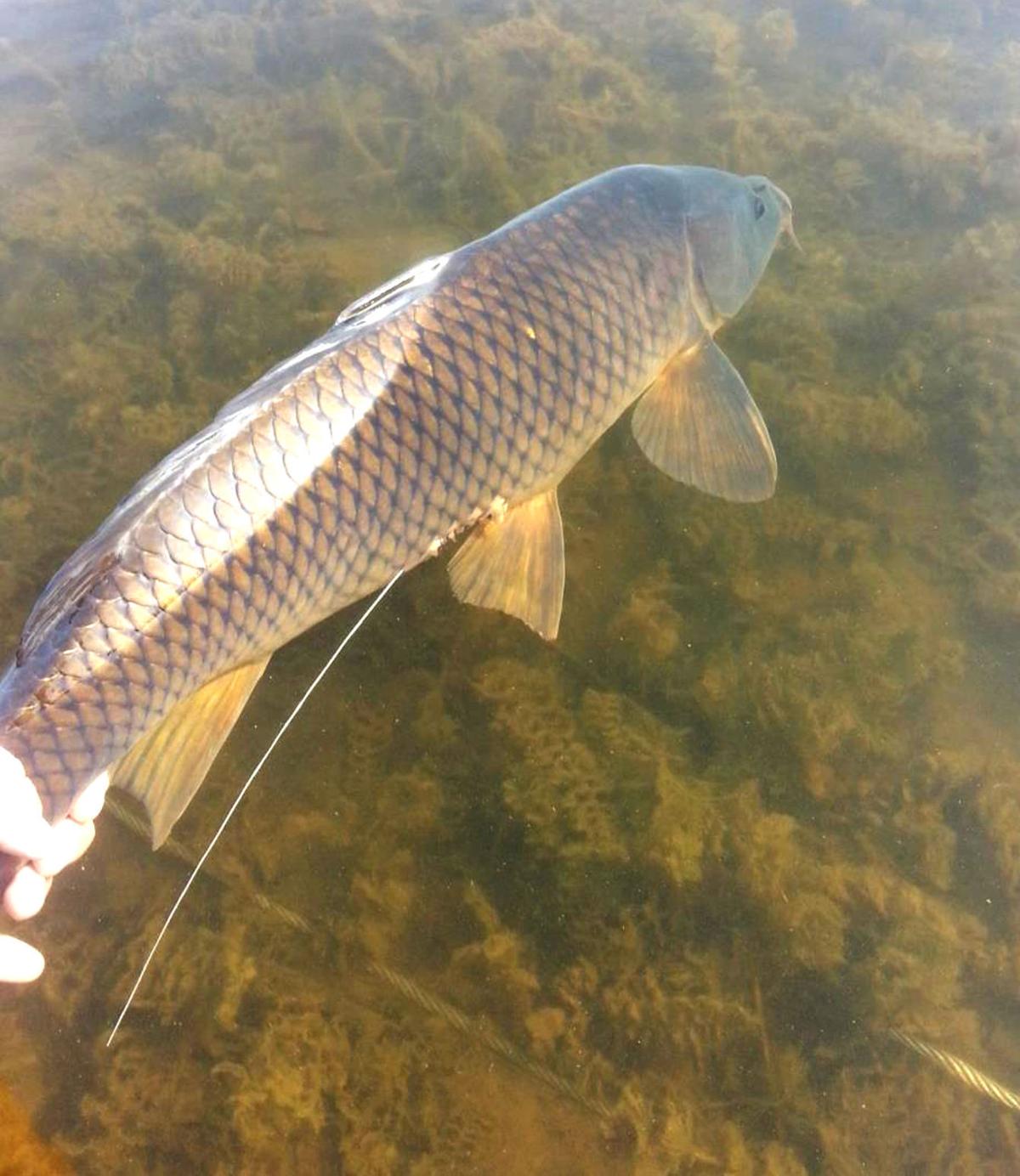 Above- Common carp are one of the most pervasive aquatic invasive species in Minnesota. The MCWD and University of Minnesota are partnering in an assessment of the carp in the Six Mile Creek Subwatershed, which includes Halsted Bay in Lake Minnetonka. 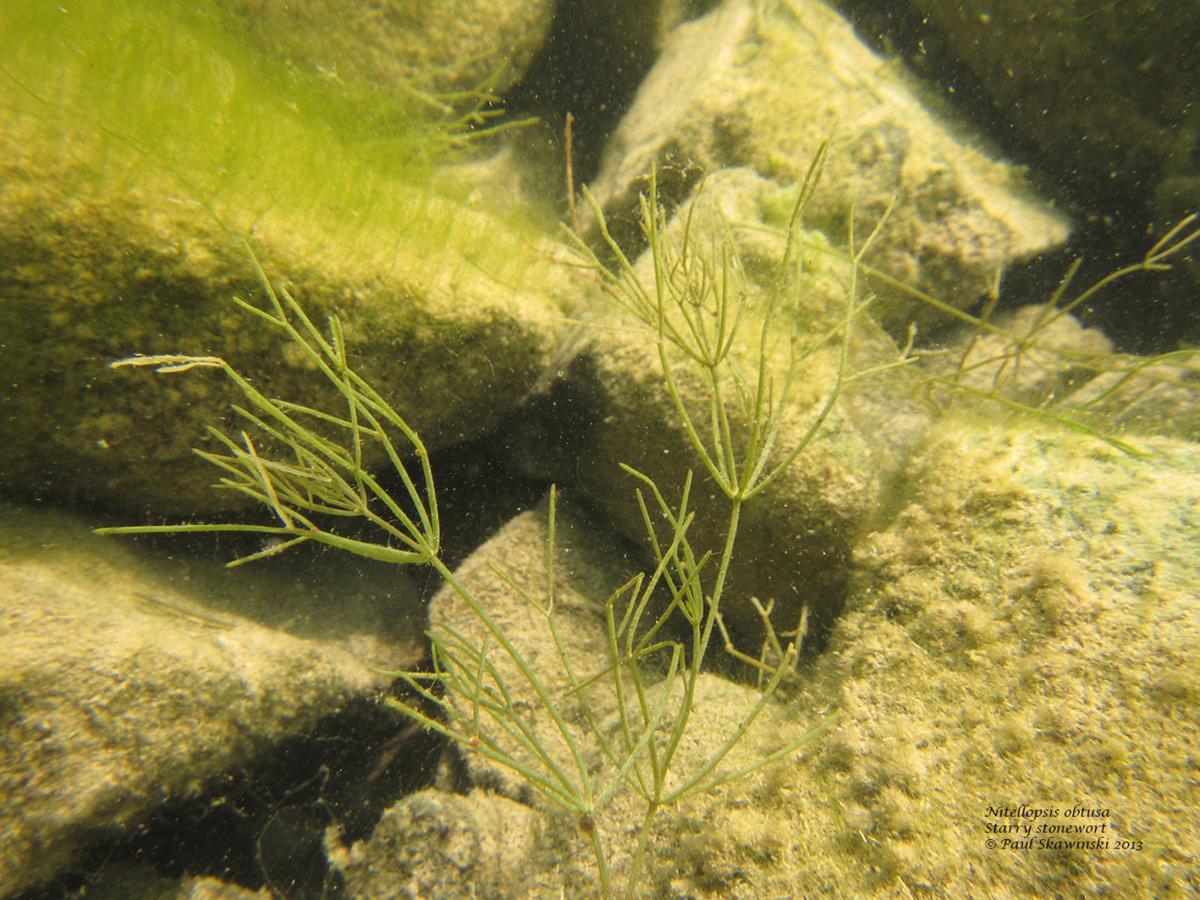 The plant starry stonewort is an aquatic invasive species that AIS detectors will learn to identify. 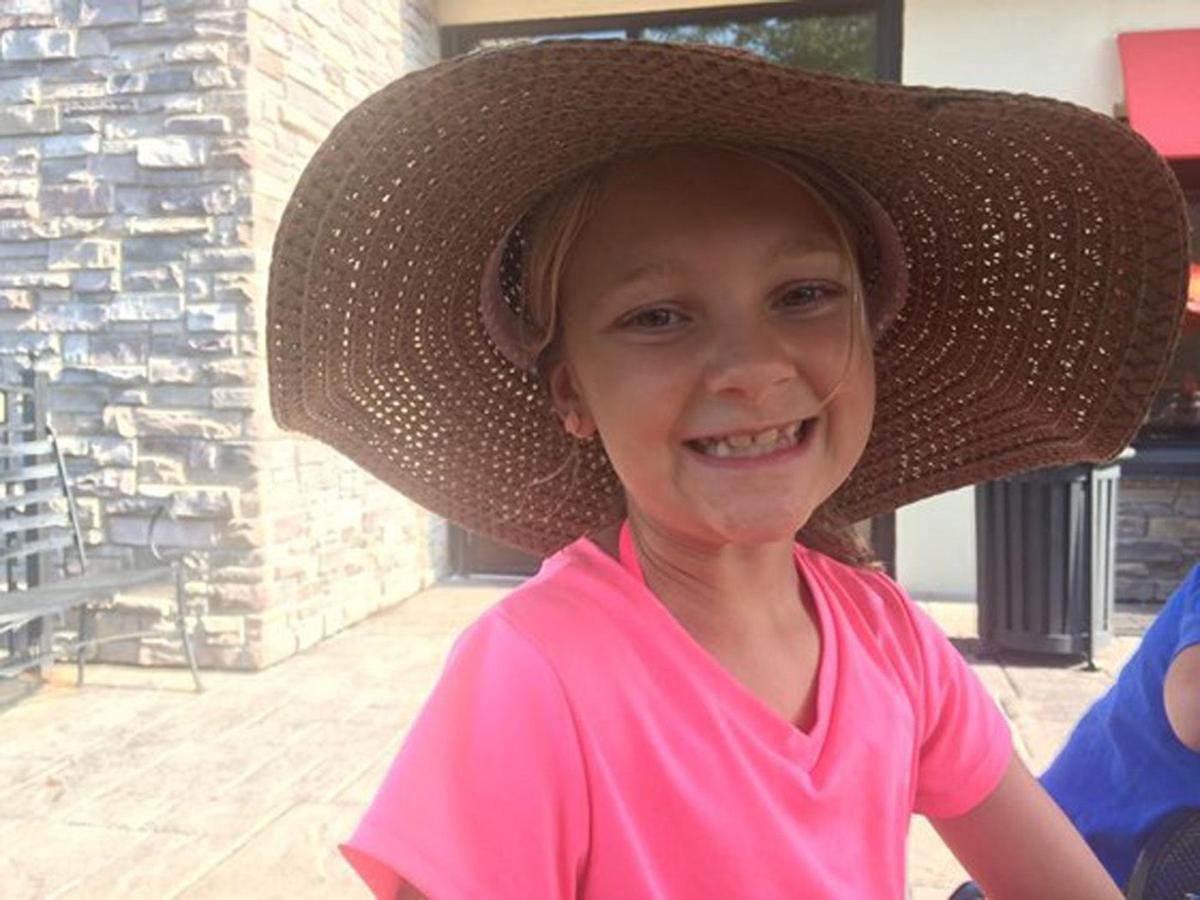 The law that resulted from the carbon monoxide poisoning death of 7-year-old Sophia Baechler in 2015 on Lake Minnetonka will go into effect May 1. 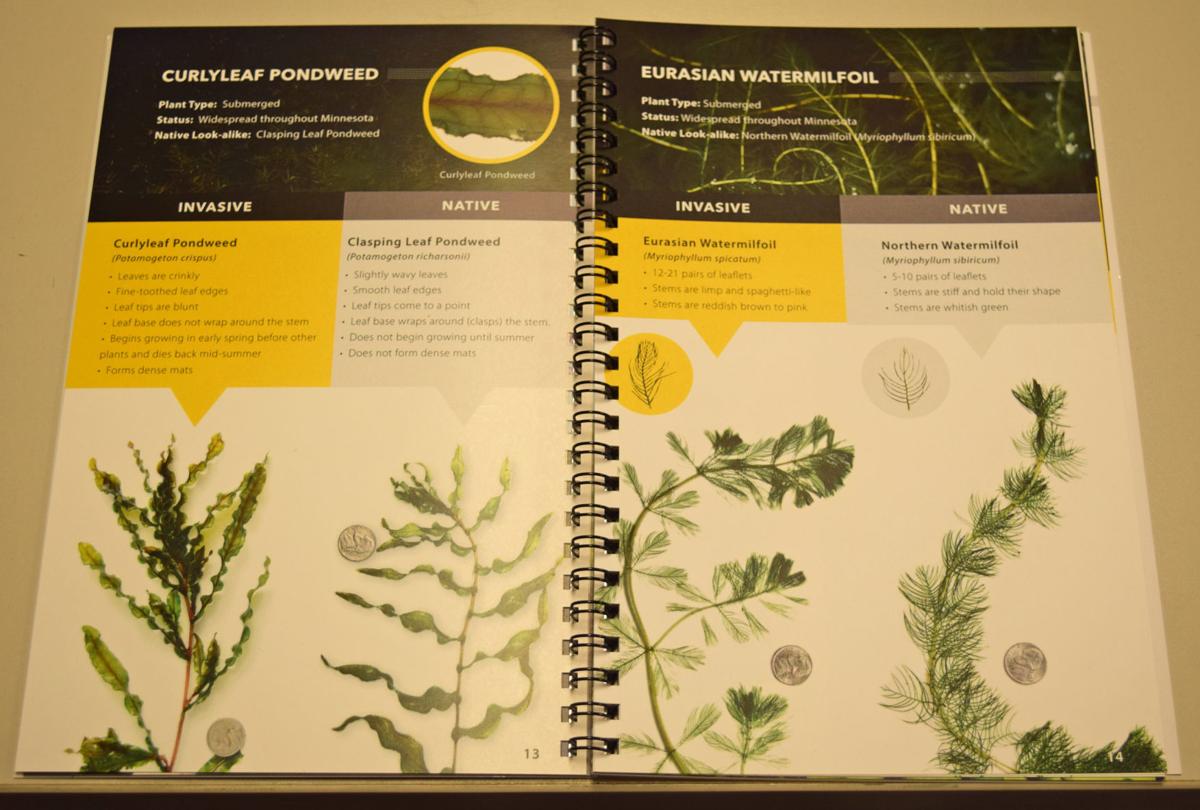 The MCWD has developed a guide to help people identify and report AIS.

Above- Common carp are one of the most pervasive aquatic invasive species in Minnesota. The MCWD and University of Minnesota are partnering in an assessment of the carp in the Six Mile Creek Subwatershed, which includes Halsted Bay in Lake Minnetonka.

The plant starry stonewort is an aquatic invasive species that AIS detectors will learn to identify.

The law that resulted from the carbon monoxide poisoning death of 7-year-old Sophia Baechler in 2015 on Lake Minnetonka will go into effect May 1.

The MCWD has developed a guide to help people identify and report AIS.

This year is shaping up to be a busy one for lake users, businesses and advocates.

Lake Minnetonka in particular will be the site of a study that could benefit lake businesses around the state. It also will be home to ongoing efforts to prevent new aquatic invasive species infestations and to keep those that are already here contained and under control.

One of the most wide-reaching lake issues this year, however, will be a new law that was born from a tragedy on Lake Minnetonka.

Sophia Baechler was 7 years old on Oct. 11, 2015, when she went into the lower cabin area of a boat to rest. She was found unresponsive about 10 minutes later. Emergency crews transported her to Hennepin County Medical Center where she died of carbon monoxide poisoning. Investigators later found a hole in an exhaust pipe under the mattress in the lower cabin that was caused by animals chewing on the pipe.

Sophia’s parents wanted to prevent more accidental carbon monoxide poisonings on boats and lobbied the Legislature to take action. The result is a law that’s the first of its kind in the nation – one that requires some motorboats to install carbon monoxide detectors.

Beginning May 1, 2017, motorboats with an enclosed accommodation compartment, which includes sleeping accommodations, a galley area with a sink and a toilet compartment, must have a functioning marine carbon monoxide detector. The law also requires gasoline-powered motorboats that have any enclosed space that’s intended for a person to enter to display carbon monoxide warning stickers.

Sophia’s Law is expected to affect thousands of boat owners. Minnesota Department of Natural Resources officials will mail warning stickers and information about the law to owners of boats that are at least 19-feet long before the boating season. Owners of smaller boats with enclosed spaces will be able to get the stickers at a deputy registrar in the spring.

Also beginning with the upcoming boating season will be a new pilot program that could ultimately save lake service businesses money and time.

Rust said the laws were made to be enforceable and to protect lakes. However, she knows some lake service providers have to assume extra costs that their competitors don’t have to pay.

“It can be frustrating,” she said.

In the last legislative session, lawmakers authorized a two-year pilot study for Lake Minnetonka area service providers, which will start with the upcoming open water season. The study is aimed at finding a way to tag equipment that is taken out of Lake Minnetonka that will be returned to the lake. The tag will signify that the equipment doesn’t have to be decontaminated because it’s going directly back to the same infested lake from which it came.

During the two years of the pilot, different kinds of tagging systems will be tested. Possibilities include physical tags and digital options, Rust said.

“We want to try as many variations as we can,” she said.

When the study is finished, DNR officials will present what they learned to state lawmakers. The goal is to find a solution that will help lake service providers, but that doesn’t require much extra cost or effort.

DNR officials have already met with some local businesses to get their input, but Rust said they are looking for more, particularly for marinas, boat mechanics and dock and lift installers, to join in the effort. To participate, the business must be a lake service provider within the Lake Minnetonka area and obtain a $50,000 surety bond. The bond is to make sure participants follow the rules of the pilot project.

Lake service providers aren’t the only ones dealing with ramifications from AIS, and finding a way to control invasives is a top priority for many people.

While invasives such as zebra mussels and Eurasian watermilfoil garner a lot of attention, one of the most pervasive and damaging AIS is the common carp. Common carp have become a problem in the Six Mile Creek Subwatershed, which flows 12 miles north from Piersons Lake in Laketown Township through several lakes before entering Halsted Bay in Lake Minnetonka. Controlling common carp is made especially difficult because they are long-lived, mobile and reproduce in high numbers.

One of the biggest problems with common carp is their feeding habits — they really dig into the bottom of lakes to feed, and that uproots vegetation, Minnehaha Creek Watershed District AIS Program Manager Eric Fieldseth said. That causes murky water and algae growth, and Halsted Bay has some of the worst water quality in Lake Minnetonka, MCWD Communications and Education Director Telly Mamayek said.

MCWD and University of Minnesota officials are nearing the end of a multi-year assessment of the carp. The final report should be finished early this year, after which MCWD officials will develop a carp management plan for the Six Mile Creek Subwatershed, Mamayek said.

In addition to controlling current invasives, people are also on the lookout for whatever AIS might come along next. Fieldseth said that starry stonewort is on the MCWD’s radar. Like all other AIS, the district’s focus is on early detection because that provides a better opportunity to successfully manage them, Mamayek said. Controlling AIS, however, is a complex problem requiring multi-layered solutions, she said.

“There are no quick fixes,” MCWD Administrator Lars Erdahl said.

Also in the future

Over at the Lake Minnetonka Conservation District, officials will focus on improving communications with the public, Executive Director Vickie Schleuning said. The agency wants to have better engagement with residents, businesses and lake enthusiasts. One way the LMCD is attempting to do that is through social media, and the agency recently created a Facebook page.

A new lake grade system is under development at the MCWD that will offer a fuller picture of the health of local water bodies using factors such as diversity of habitat and aquatic life, groundwater supply and flood control.

The new system is being gradually phased in across the entire Minnehaha Creek Watershed District, and Lake Minnetonka’s report will be released in 2024, Mamayek said.

Finally, 2017 will be a year of celebration for the MCWD as it marks its 50th anniversary. A series of 10 events will be held across the watershed, including activities such as storm drain stenciling, a kids’ fishing clinic and native seed collection. Details of the celebrations are still being finalized.

Lake Minnetonka area lake service providers that are interested in participating in the equipment tagging pilot project should call April Rust at 651-259-5706.

Learn more about common carp at www.maisrc.umn.edu/common-carp and more about the MCWD and University of Minnesota carp assessment at www.minnehahacreek.org/project/six-mile-creek-carp-assessment

MCWD officials have created a booklet to help people identify and report AIS. Visit the MCWD's AIS webpage at www.minnehahacreek.org/AIS and click on the “Become an AIS early detector” link to see a digital version of the booklet.