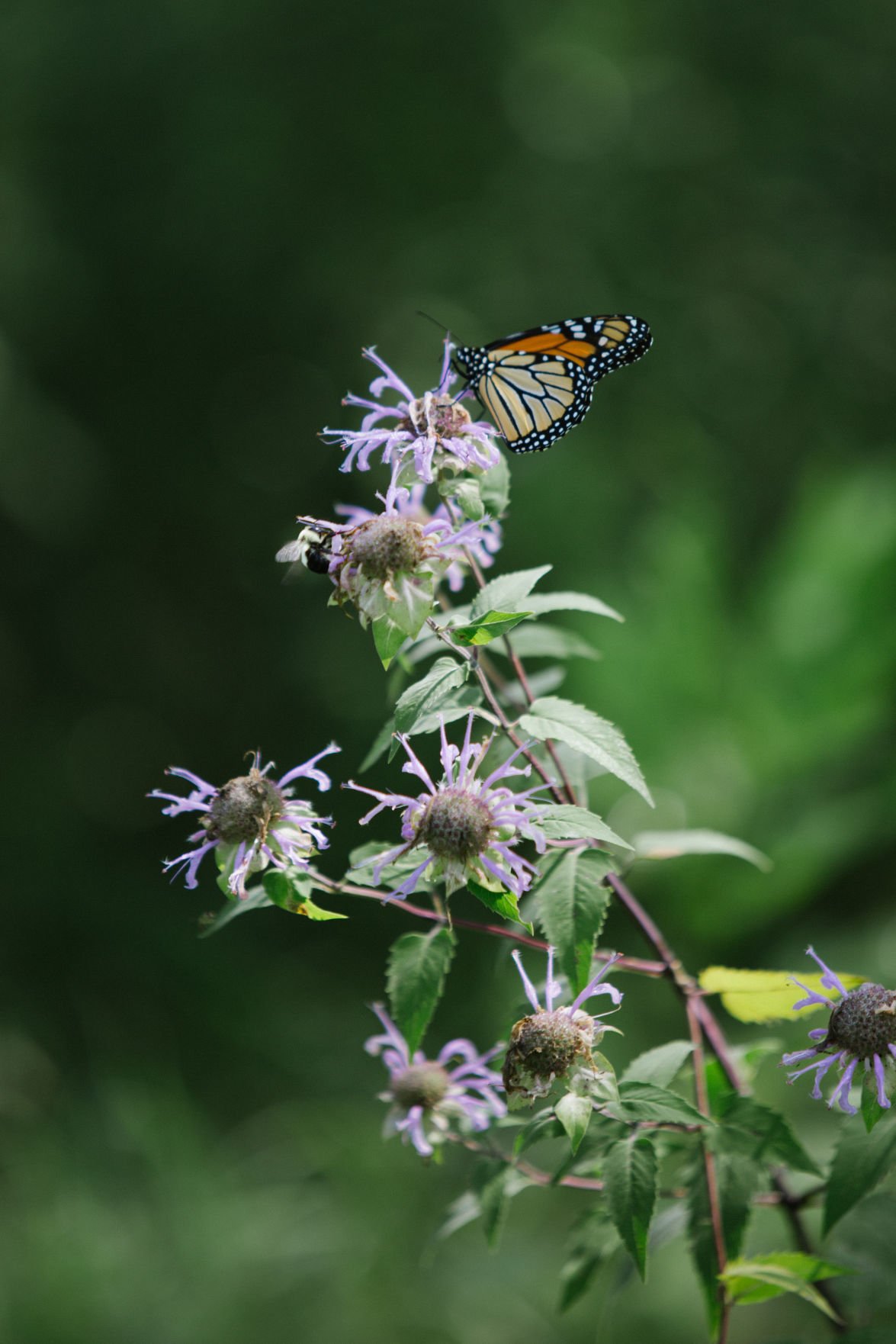 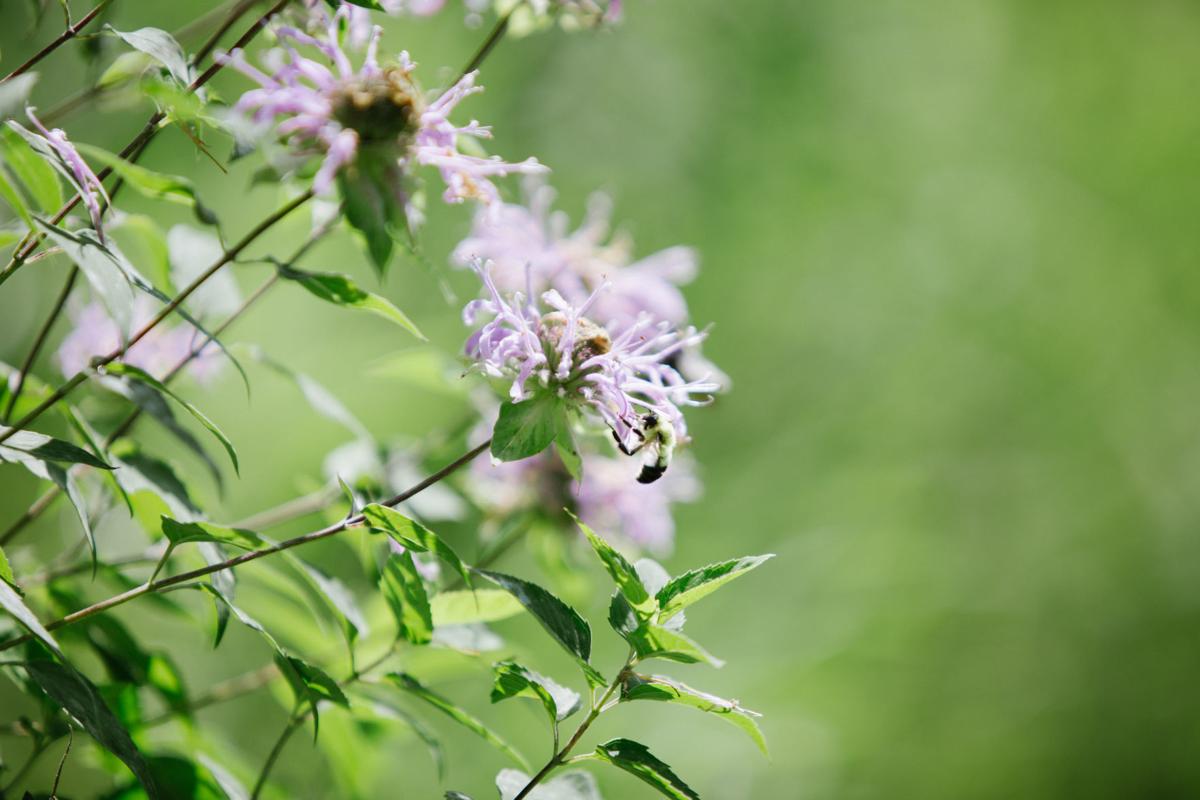 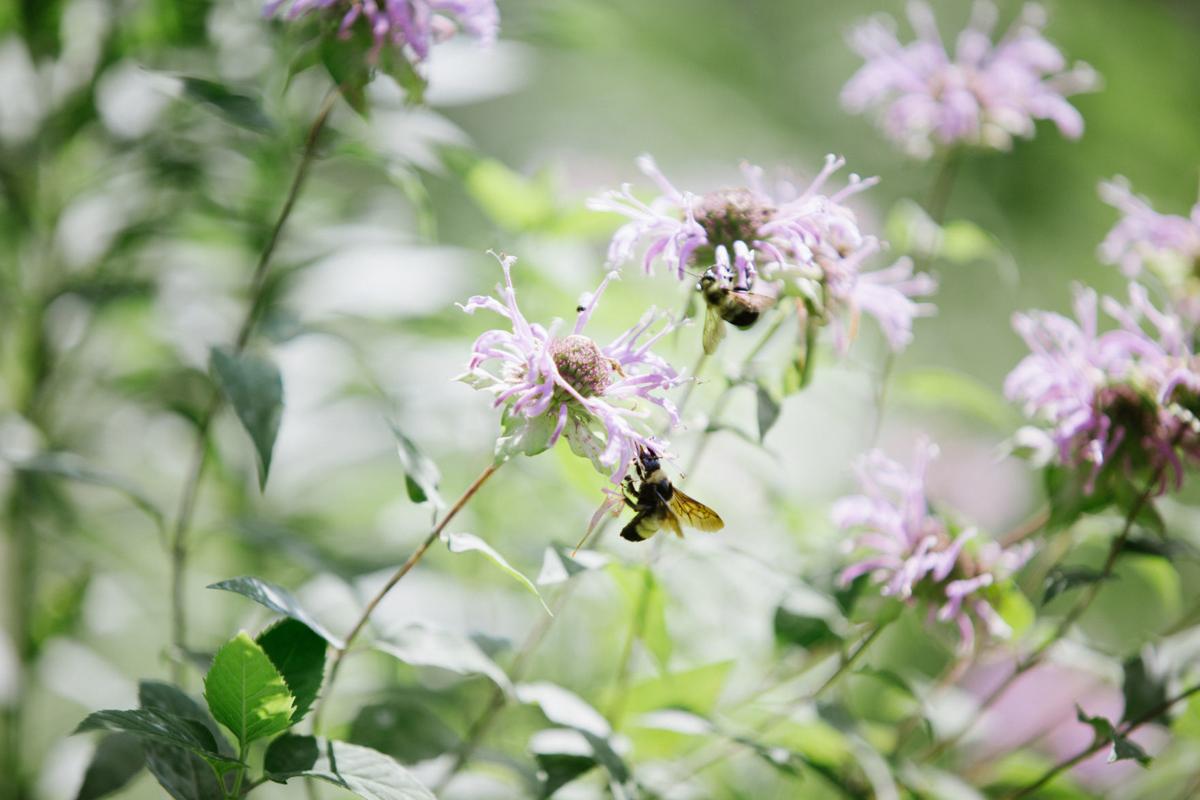 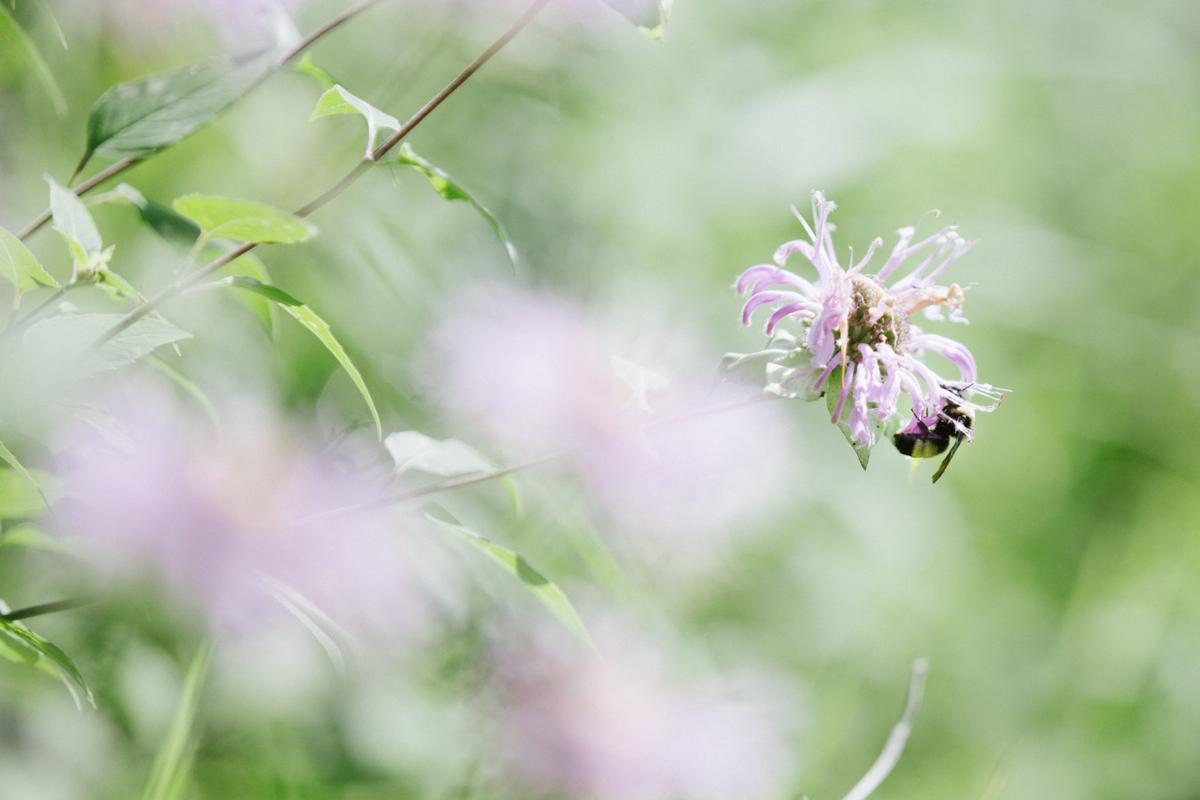 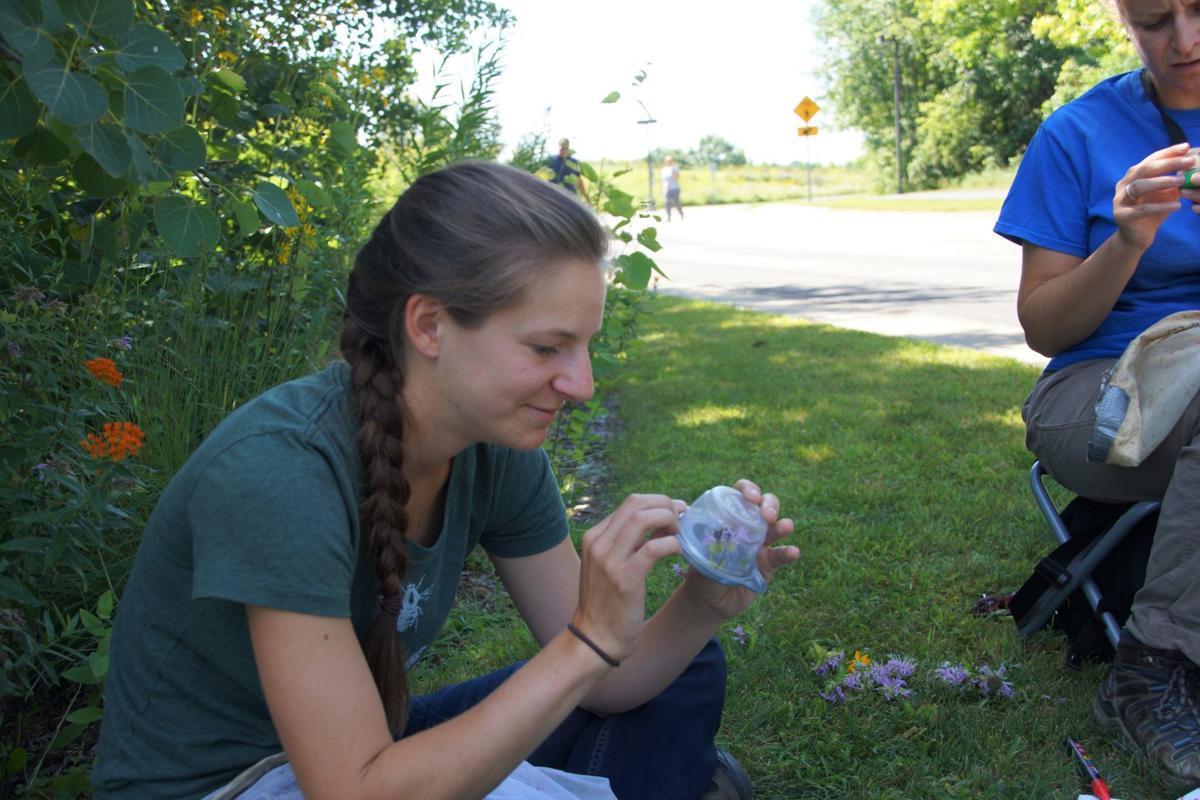 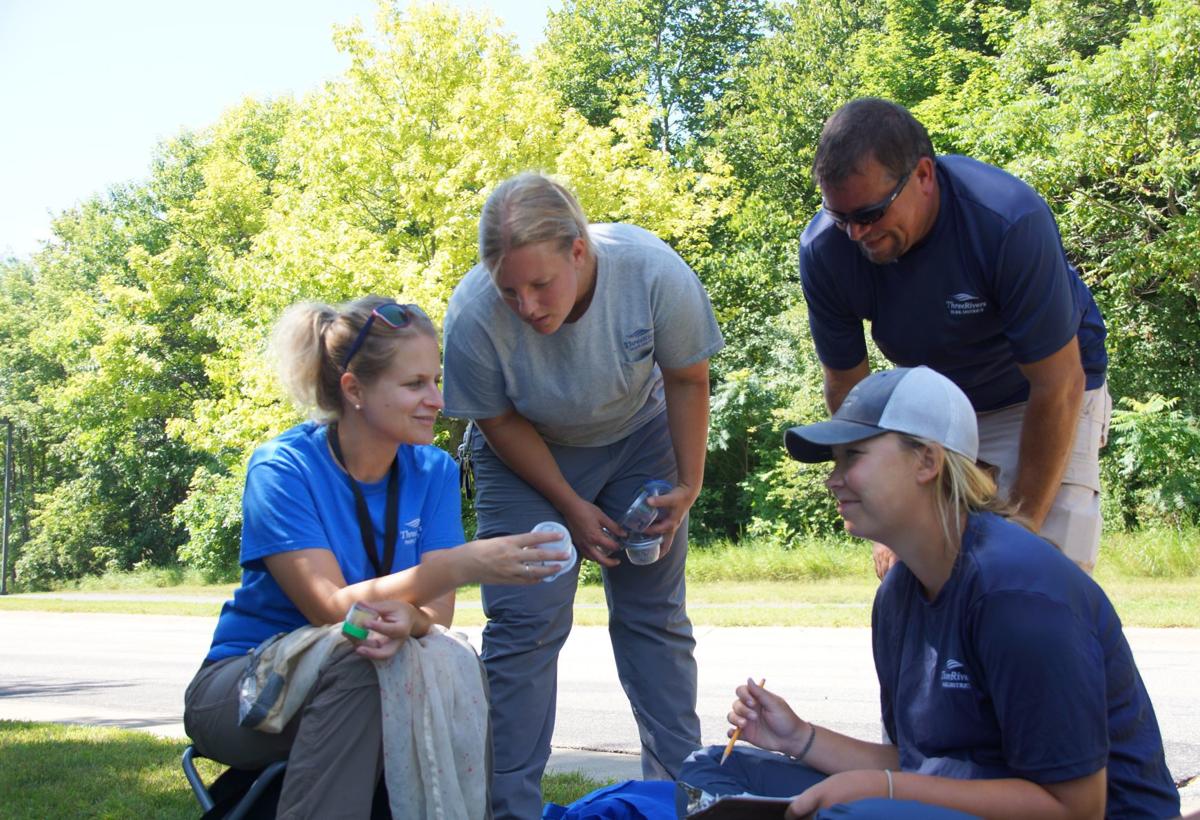 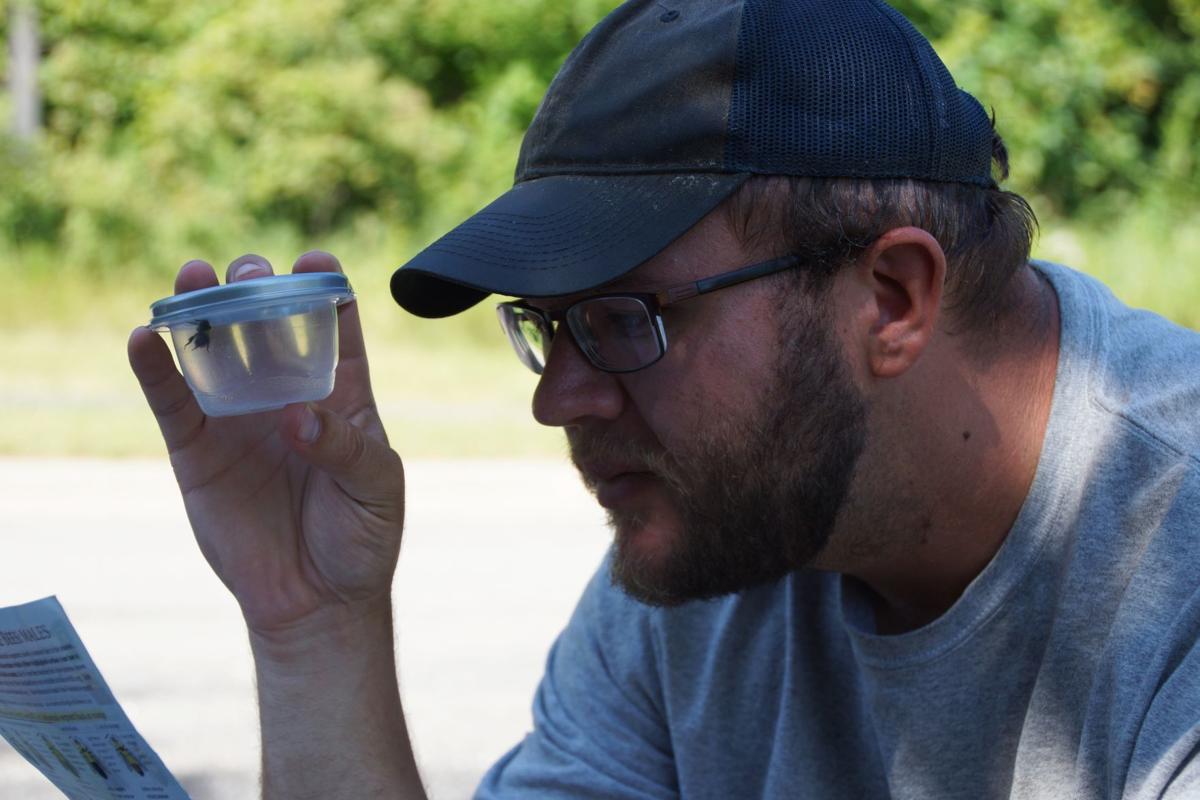 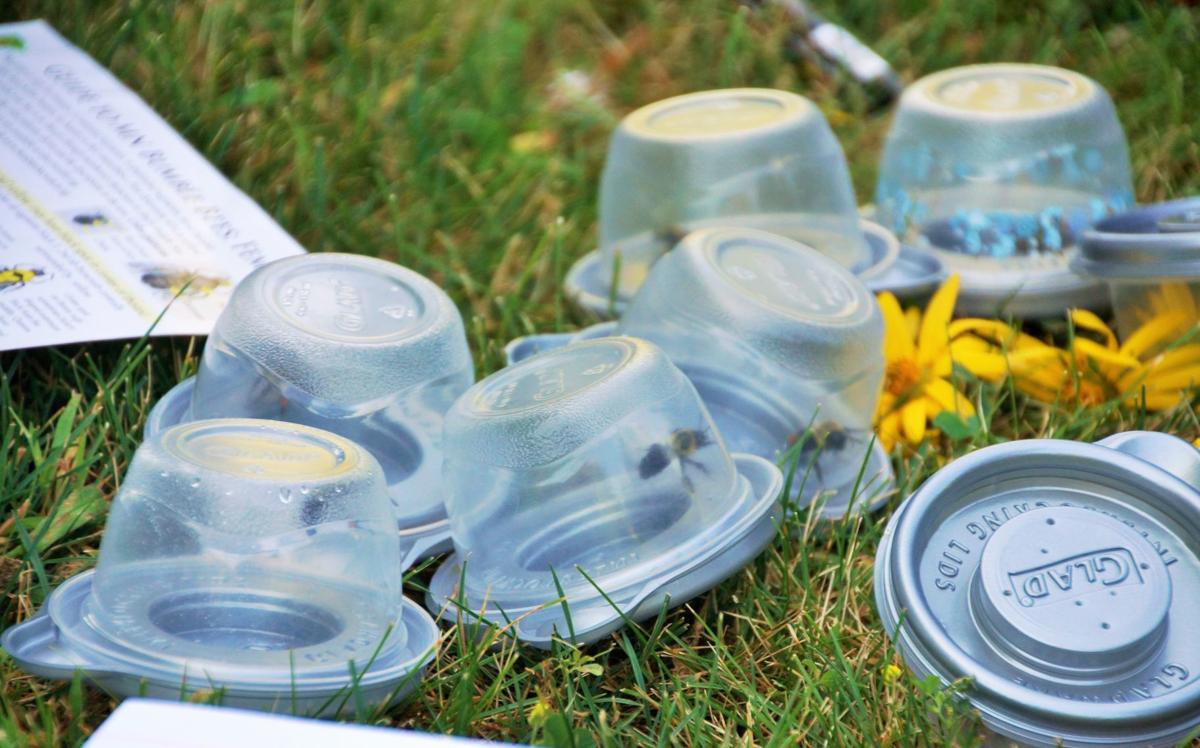 VICTORIA — On a hot day in late July, a group of researchers sat in a grassy section of Carver Park Reserve in Victoria, counting and classifying types of bumblebees they plucked off wildflowers. All of a sudden, they got excited.

“That’s super cool to get a rusty patched,” Brokaw said with a grin.

The rusty patched was once common in the eastern United States, but has seen a 90 percent population loss in the past two decades, according to the U.S. Fish and Wildlife Service.

In many ways, the rusty patched bumblebee is emblematic of all pollinator species in Minnesota and throughout the country that have suffered massive population loss in the past 20 years due to habitat loss, pesticide use, climate change, disease and other factors.

The public has become aware of the plight of bees and other pollinators in recent years, prompting the federal government to announce a National Strategy to Promote the Health of Honeybees and Other Pollinators in 2015.

In 2016, Gov. Mark Dayton signed an executive order creating a team of state employees dedicated to restoring healthy pollinator levels in Minnesota and the Interagency Pollinator Protection Team was born. The team consists of staffers from all state agencies, the Minnesota Board of Water and Soil Resources, the Minnesota Pollution Control Agency and the Minnesota Zoo.

Organizing the interagency effort is the task of State Pollinator Coordinator Faith Krogstad of the DNR. She said the interagency group is needed because pollinators impact the lives of all Minnesotans.

“Pollinators are vital to ecosystem health and to our food system,” Krogstad said.

The report outlines the trouble pollinators are facing in Minnesota. For example, the monarch butterfly has seen an 80 percent population loss since the mid-1990s, largely attributable to an estimated 81 percent decline in milkweed plants in the agricultural landscape between 1999 and 2010, according to the report.

It also established three goals for the state:

2. Get Minnesotans to use pesticides judiciously and only when necessary.

State departments have all been asked to do what they can to improve pollinator conditions. While the DNR focuses on planting diverse wildflower seeds throughout state forests, parks and trails, MnDOT is planting wildflower seed mixes on roadsides to grow pollinator habitat, the Minnesota Pollution Control Agency is working on turning the state’s 109 closed landfills into pollinator-friendly habitats, and other state agencies are planting pollinator gardens outside their facilities.

“There’s a lot of collaboration on this,” Krogstad said.

MnDOT is also one of the state transportation agencies participating in the Monarch Highway, an initiative launched by the National Wildlife Foundation to plant pollinator-friendly vegetation along Interstate 35 from Minnesota through Texas along the butterfly’s migratory path.

Another goal for the state is learning more about how Minnesota pollinators are doing, which is why surveys like the one Grill and Brokaw worked on at Carver Park Reserve are important.

To conduct a bumblebee survey, Grill and a team of naturalists from Three Rivers Parks go through flower patches and prairie areas where the bees are feeding and snag them off the flowers into small Tupperware containers.

The captured bees are sorted by the plant they were found feeding on, then identified by the naturalists and Brokaw. There are at least 400 species of bees in Minnesota, including 20 species of bumblebees, 14 of which can be found in Three Rivers Parks. Telling them apart takes an expert eye and some help from a guide sheet.

Once the bumblebee is identified, the researchers note what species was found, what plant it was feeding on, and its gender. The captured bees are then transferred to a bee net and dotted with a marker so as not to be recorded twice.

In about an hour and a half, the group had recorded 84 bumblebees, with the common eastern bumblebee being the most prominent.

Grill has been conducting these surveys throughout the summer, documenting 100 bees at each, and has now found the rusty patched bumblebee at three parks.

In many ways, the surveys are establishing a baseline of how bee populations are doing. At the U of M Bee Lab, and at universities across the nation, researchers are trying to figure out how to establish surveys on a broader level. Brokaw’s adviser, entomology professor Dan Cariveau, attended a conference of bee researchers to discuss that strategy in West Virginia this year.

Without a baseline, researchers can’t track the effectiveness of conservation efforts or determine the extent of bee declines.

“It’s something a lot of people are working on,” Brokaw said.

One challenge in studying bees and measuring their populations is locating the nests. Unlike European honeybees or wasps, most native bee species are solitary, with one female to one small nest, but some bunch or nest close to one another in semi-social groups, Brokaw said.

To find the nests Grill is working with tiny radios and telemetry. They plant a miniature radio on a captured bee, and follow its signals to the nest.

That’s partially why Three Rivers Park District has worked with the U of M Bee Lab to set up “bee blocks,” or wooden boards with quarter-inch holes bored into them where native bee species can nest in the parks. The bee blocks, or hotels, are great for the bees and make it easier for researchers to observe nesting populations.

Krogstad recommends four techniques to help pollinators at the individual gardener level: first, plant a diverse array of flowering plants, mostly native species; second, try to plant flowers that will bloom throughout the year, not all at once; third, provide nesting sites in your yard; and fourth, use pesticides sparingly and judiciously.

For bees, not all plants are equal, Brokaw said. Some plants draw lots of bees, others draw lots of types of bees. Different plants have different nutrition breakdowns. Some have more nectar or pollen than others, some are rich in protein.

Some bee species nest in the ground, so keeping small bare sections of yard might help them. People can also make their own bee blocks, but should clean out the lining tubes where the bee’s nest once a year, Brokaw said.

Kelly Lorenz, general manager of The Mustard Seed Landscaping & Garden Center in Chanhassen, said there has been an increased interest in people buying bee blocks in recent years, but not exactly a spike.

“People in general are more concerned and interested in bee-friendly plants and habitats,” Lorenz said.

The increased interest in pollinator gardens has come in the last six years, she said, and in general is higher among younger homeowners and families. More people have asked about using fewer chemical pesticides in those years, too.

Krogstad said throughout the metro and state they are seeing results from people planting native shrubs and wildflowers in their gardens. For example, the rusty patched bumblebee is now more common in the metro area than in more rural habitats, Krogstad said.

“It’s a wonderful thing when the solution to your problem is planting flowers,” Krogstad said.

Three Rivers Parks District Senior Wildlife Manager John Moriarty said the park district, which oversees 27,000 acres of parks and trails throughout the west metro, has been making an effort to support pollinators for several years. The district disperses about 200 pounds of wildflower seed each year.

“We’re constantly adding wildflowers to our parks and have been for 20 years,” he said.

For more information on how you can help pollinators, visit dnr.state.mn.us/pollinators or beelab.umn.edu.

If you'd like to plant a garden to help pollinators, here are some native plant recommendations from the U of M: