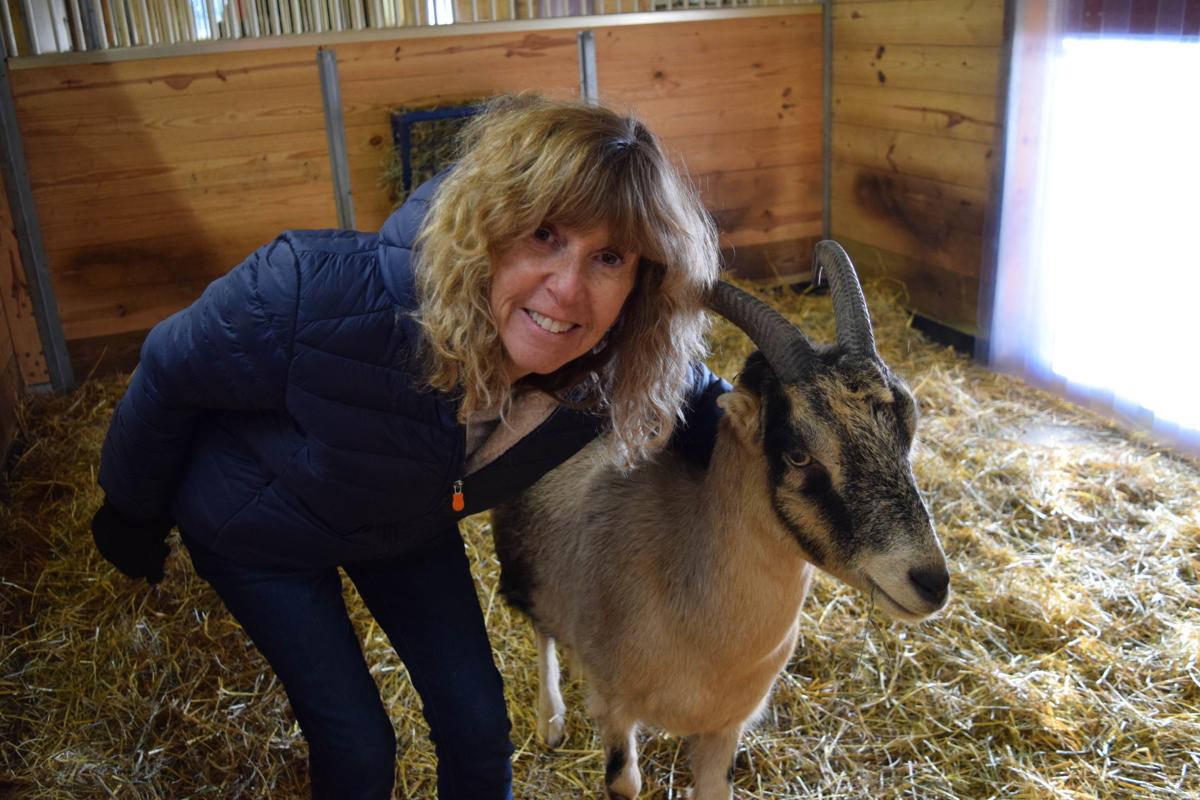 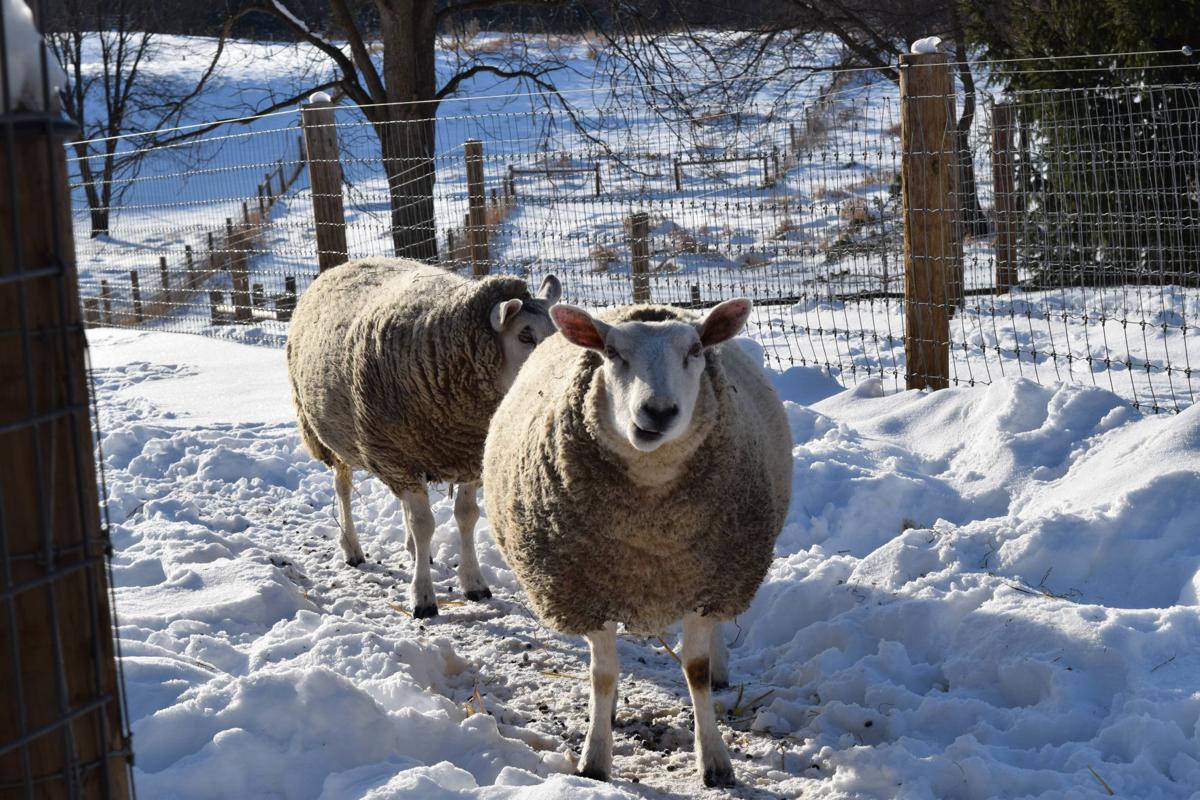 Sheep Manny and Michelle in their outside pen at the Spring Farm Sanctuary in Long Lake. 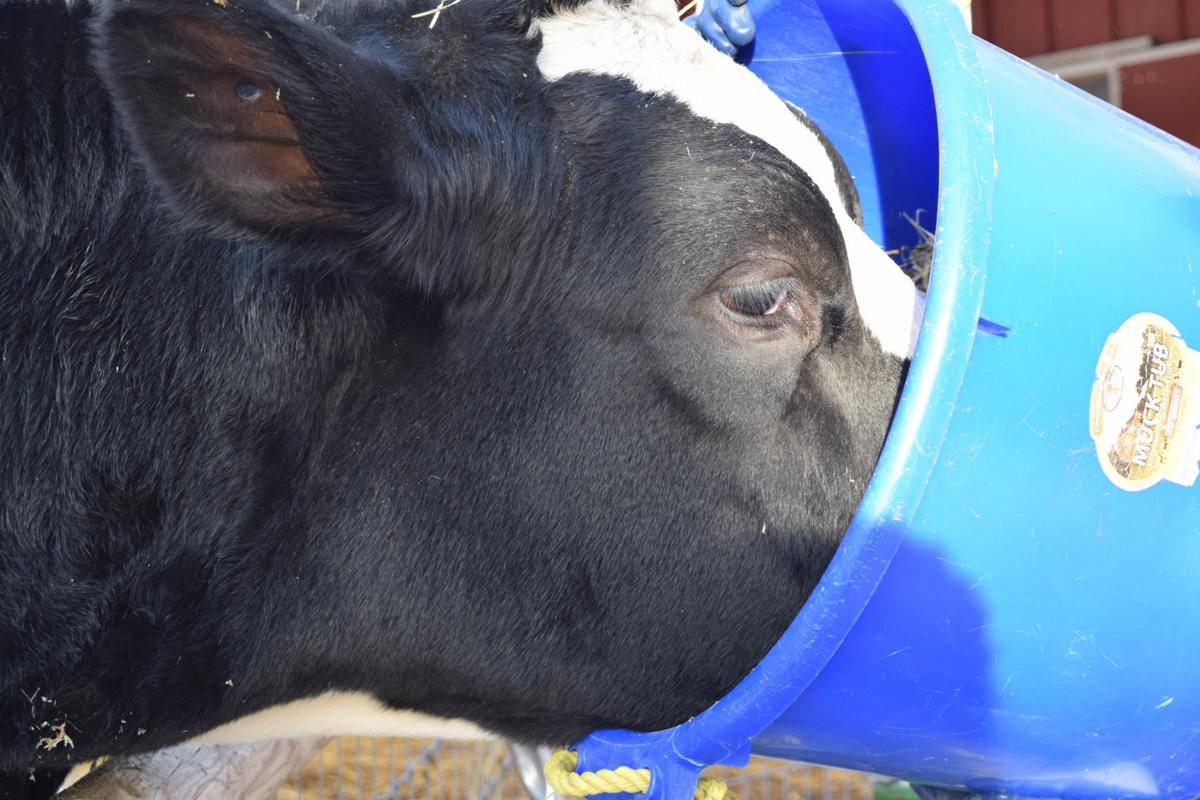 One of the four cows at the sanctuary sticks his head into a bucket of hay. 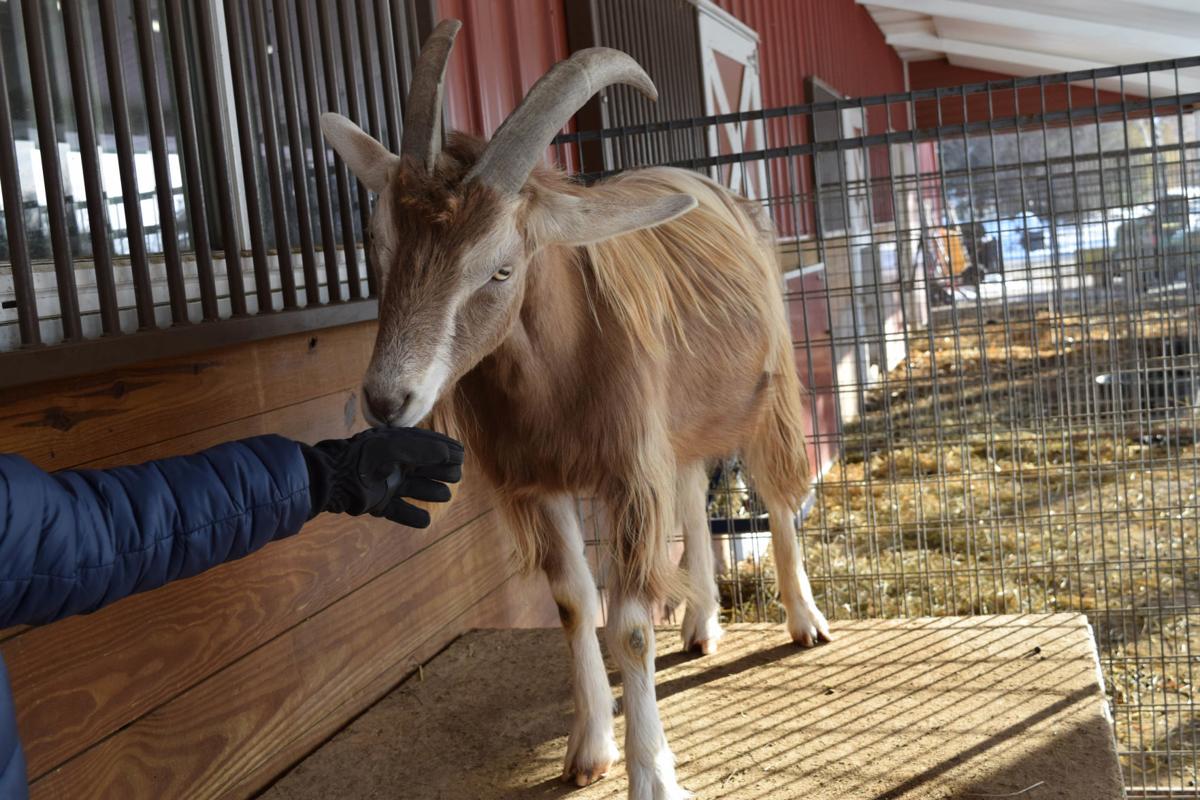 Robin Johnson reaches out to one of the goats at the sanctuary. 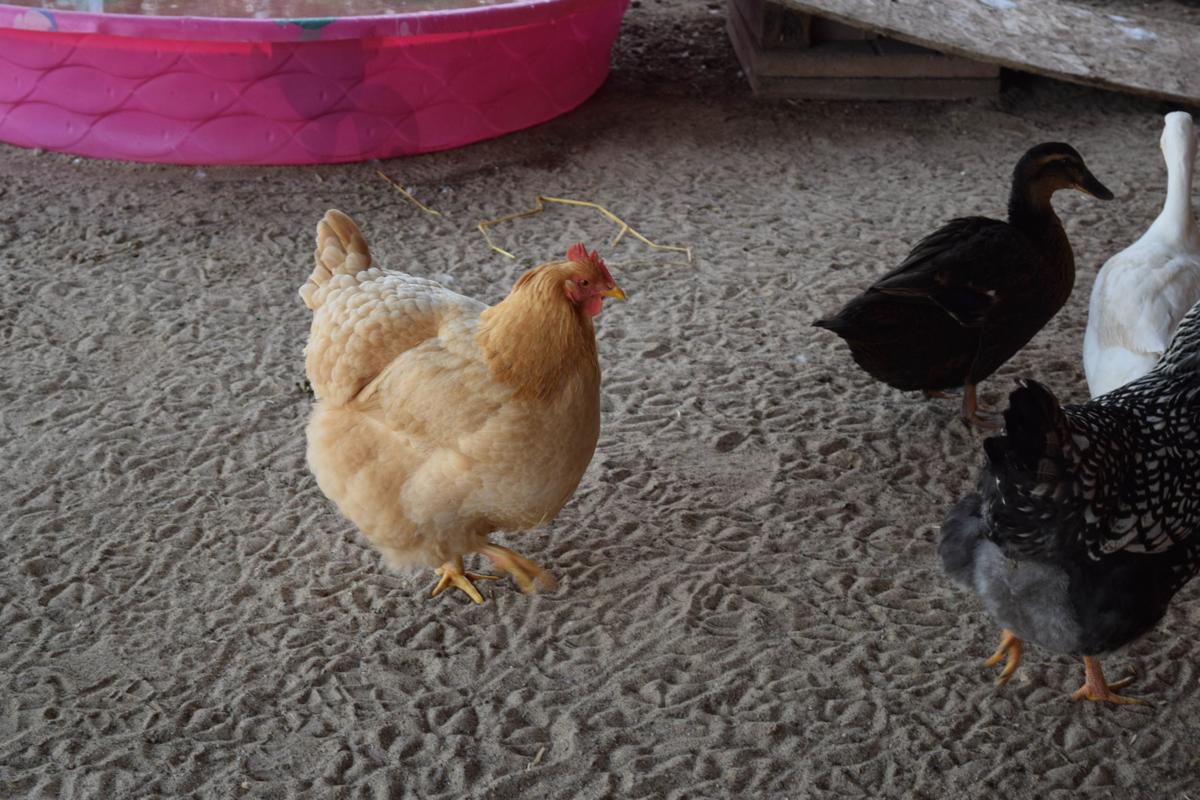 The chickens and ducks run in their pen at the sound of human visitors.

Sheep Manny and Michelle in their outside pen at the Spring Farm Sanctuary in Long Lake.

One of the four cows at the sanctuary sticks his head into a bucket of hay.

Robin Johnson reaches out to one of the goats at the sanctuary.

The chickens and ducks run in their pen at the sound of human visitors.

LONG LAKE — For Robin Johnson and Spring Farm Sanctuary, winter can be sort of a struggle.

The snow and ice take a toll on the animals and the Spring Farm Sanctuary property.

Each animal pen holds two to four animals (with the exception of the birds who all live together). The pens have an inside area and a flap that goes outside where each pen has access to at least two acres of land.

This is where things get frustrating in the winter, Johnson said. The sanctuary has to shovel the pens by hand. They have a steel roof that causes snow to fall into the pens during large snowfalls.

The animals get bored during the winter too, Johnson said. Sometimes they don’t want to go out in the snow or it’s too cold and they will spend most of their time indoors. The sanctuary provides lots of toys for the animals and they spend some time in each pen walking each group around.

In the winter, the sanctuary has fewer volunteers too, with Johnson noting animals lovers are less likely to shovel poop when it’s below zero.

Volunteers come in two shifts to care for the animals, from 9-10:30 a.m. and from 4-5:30 p.m. They help clean the stalls, feed the animals, play with the animals and occasionally help with special projects. Johnson estimates they have around 50-60 volunteers, many who come from Minneapolis to spend time with the animals.

The sanctuary has one employee, Amber Erenz, who lives on the property. Johnson doesn’t take a paycheck and often has to chip in her own money to cover expenses like medical bills for the animals.

Johnson opened Spring Farm Sanctuary in Long Lake in May 2016. In the first year, the sanctuary only had around five animals who were rescued from farming situations where the animals would have been killed for their meat.

That’s what the sanctuary does, it provides a home for farming animals that for whatever reason have found themselves outside of the farming industry. It also spreads the word about plant-based eating in hopes of saving more animals.

“I was a vegetarian for 28 years,” Johnson said. “I was in Barnes & Noble one day and came across this book called 'The Lucky Ones' ('The Lucky Ones: My Passionate Fight for Farm Animals') by Jenny Brown, Jenny Brown started Woodstock Farm Sanctuary in upstate New York. I pretty much turned vegan overnight and I then I just decided, I want to open up my own sanctuary.”

Johnson sometimes visits local schools to teach students about the farm sanctuary movement and plant-based eating. Johnson was most recently at Hopkins West Junior High School on Nov. 19 to talk to the school’s ninth graders.

Where they come from

Johnson turns down animals a lot. She has to. Before starting the farm sanctuary, she traveled all over the United States to visit other sanctuaries and get advice about starting her own. She was given one piece of advice again and again: start slow.

She was told not to accept every animal she is offered because once she’d open her doors, she’d get a lot of offers. Johnson says this is still true, unfortunately the sanctuary has had to turn down a lot of offers over the years and right now they are basically full.

The animals come from all types of situations, Johnson said, explaining some of the animals’ origin stories.

The four cows came to the sanctuary because one of them had been living in a man’s backyard as a pet. The cow had gotten lose and the police and animal control were called and the city told him he had to give him up. He called the sanctuary and asked if they could take him in.

When they came to get the cow, there were three others on the truck, looking forlorn. Johnson bargained for their freedom.

The sanctuary runs tours during from spring through fall season. Tours cost $10 for adults and children over 10. The farm’s tour page is springfarmsanctuary.org/tours.

Donations can be made on the farm’s website at springfarmsanctuary.org or via the app “abillionveg.” The app allows users to review vegan and cruelty-free products. For every 10 reviews, the app will donate $10 to the farm sanctuary if it is selected by the user.