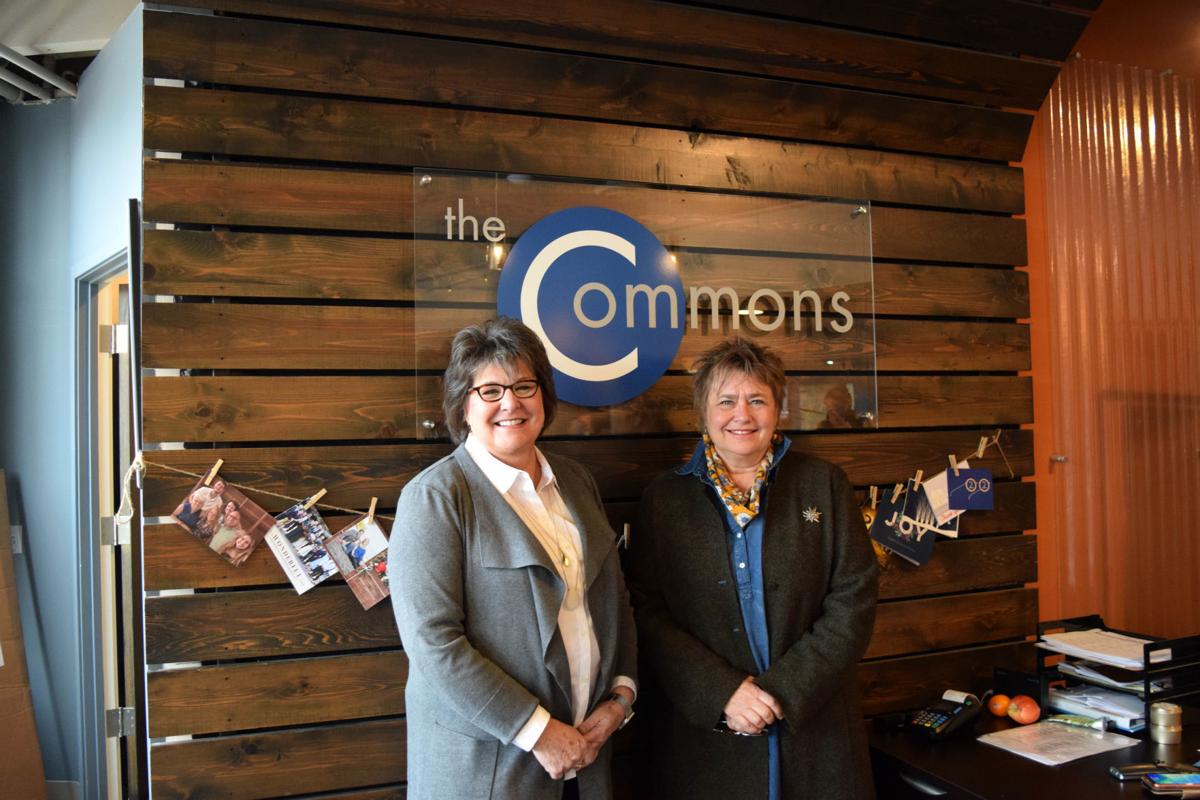 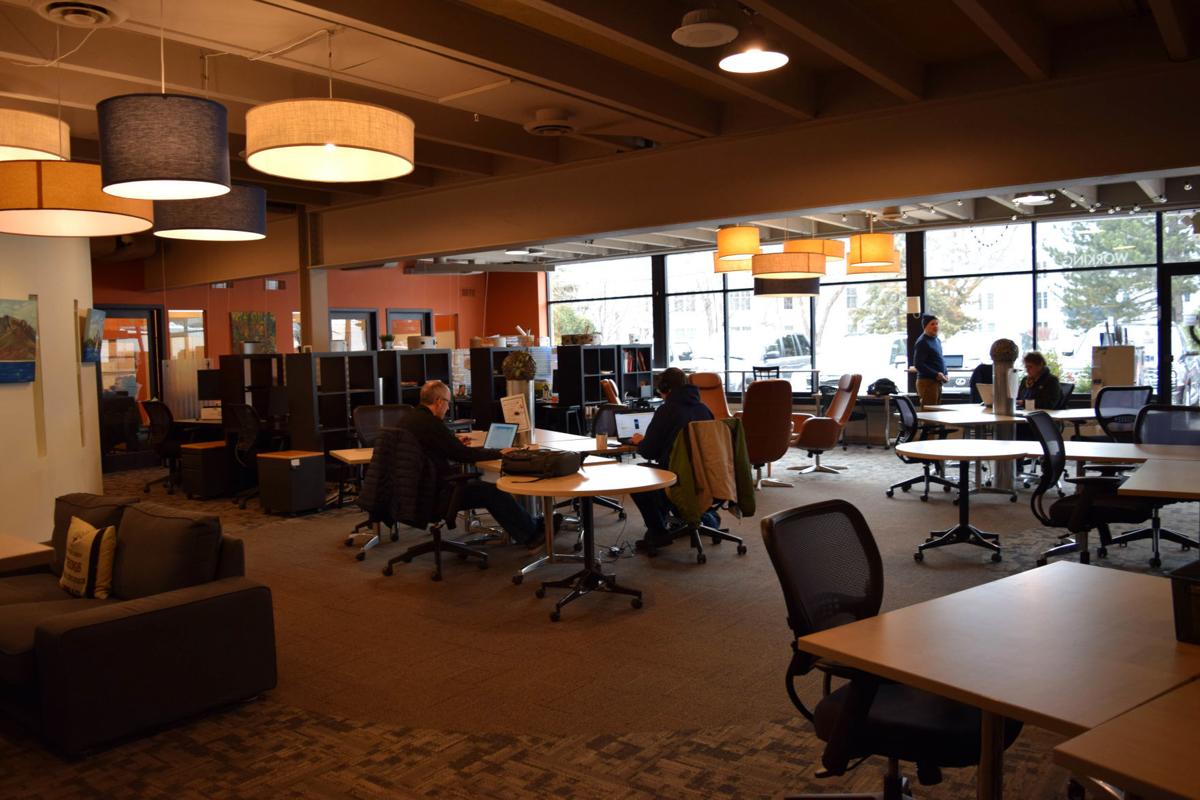 Coworkers chat with each other while sitting and working at The Commons in Excelsior. 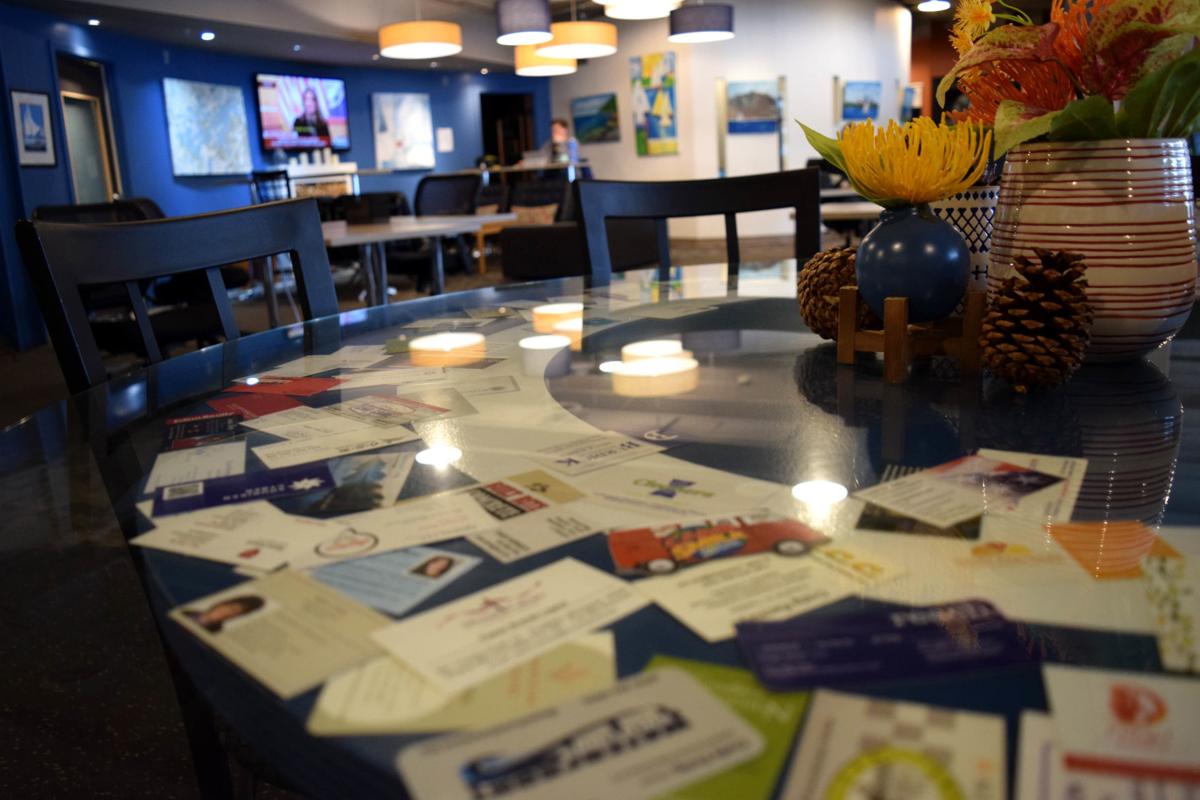 The Commons has different kinds of desks, tables, chairs and couches that coworkers can use and switch to throughout their work day. 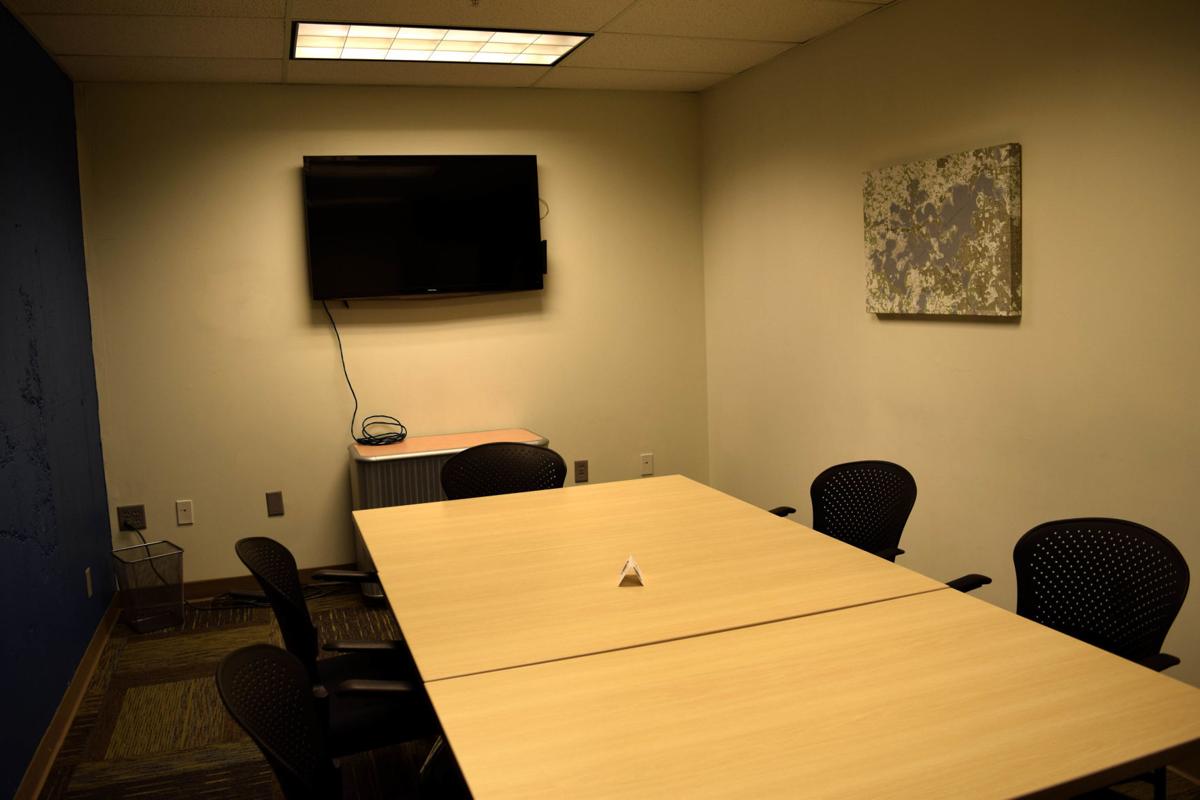 The Commons has two meetings rooms. These rooms can be rented by regular coworkers and outside companies and groups.

Coworkers chat with each other while sitting and working at The Commons in Excelsior.

The Commons has different kinds of desks, tables, chairs and couches that coworkers can use and switch to throughout their work day.

The Commons has two meetings rooms. These rooms can be rented by regular coworkers and outside companies and groups.

The sisters co-own The Commons, a coworking space in Excelsior that has a second location in Hopkins. Folks from all types of industries and businesses — entrepreneurs, contractors, remote-workers — rent space at 540 Lake St. from the sisters who work to make the space a nice office environment.

“We’re here to help you grow your business,” Stefan told Lakeshore Weekly News. “We have a lot of people who’ve been through our system. Maybe they started out by themselves and built themselves up to a size where they are now in an office.”

Stefan said several companies have started out at The Commons and moved on to their own spaces.

The Commons is one of many coworking spaces in the Twin Cities as remote working grows in the United States. According to the 2017 United States Census, 8 million people worked from home in 2017, this was 5.2% of workers, which grew from 5% in 2016.

According to Stefan, a lot of people like the opportunity of working remotely or working from home, but when given the opportunity feel lonely or distracted. This has led to the rise of coworking spaces.

The Commons opened in October 2012 when Stefan and Magney were looking for space to rent for their own businesses. Magney is an architect and at the time Stefan was an executive coach. The two both lived in Excelsior and didn’t find any coworking spaces outside of Minneapolis and St. Paul, and neither wanted to drive downtown every day.

They decided they would open their own coworking space in their own community. Stefan said the majority of The Commons’ renters come from the Excelsior area and, like Stefan and Magney, do not want to commute downtown every day.

“We have a lot of people who don’t come in every single day but drop in occasionally,” Stefan said.

Stefan said there are a lot of benefits to coworking and specifically to The Commons. They include: the space can serve as a business mailing address so renters don’t have to list their home address; the front desk is a receptionist for all renters; and renters get co-workers, providing an office community for those who otherwise might not have them.

Stefan thinks the community aspect is one of the best parts of The Commons.

Nate Meyer, a web developer who works for a California-based company, has been working at The Commons for three years. Meyer worked from his Victoria home for 13 years, but found that with three children and a wife at home, it was unsustainable. When he accepted his new job, he stipulated they pay for a coworking space. That’s when he found The Commons.

“I’ve been able to collaborate with a lot of people and share my expertise with people,” Meyer said. “It’s just a really nice group of people.”

Meyer says the best part of The Commons is the friendships he’s gained while working there. Recently he sat in on an interview someone was having because they needed advice on web design for someone they were hiring. According to Meyer, the coworkers at The Commons share their expertise when they can, even though their industries don’t always overlap.

According to Stefan, there are many different industries that work out of The Commons, including a remodeling company, a person who supplies smoothie bars to fitness clubs, consultants, invoicing services and many people who in some way work with the medical industry.

“I’m really kind of a fly on the wall to all kinds of companies. People who are remote-working work more hours than you can imagine,” Stefan said. “They work really hard. They are really productive.”

While many of the people who use the space are single individuals, there are also entire companies that work out of the space. One example of this is a remodeling company, Stefan shared. The company has several employees who use the coworking space throughout the week but they spend most of their time out in the community doing their work, so the company owner decided they did not need their own office.

Stefan isn’t too worried about other coworking spaces. She sees The Commons as pretty unique — a local, boutique version of the normal coworking space. A bed and breakfast to your corporate hotel.

Stefan and her employees see themselves as in the hospitality business, not the rental business. They are ready to brew another pot of coffee, make sure the space is clean or rearrange the space if a coworker wants their desk by a window.

Pricing for The Commons

“I’ve been able to collaborate with a lot of people and share my expertise with people. It’s just a really nice group of people.”

A co-worker at The Commons