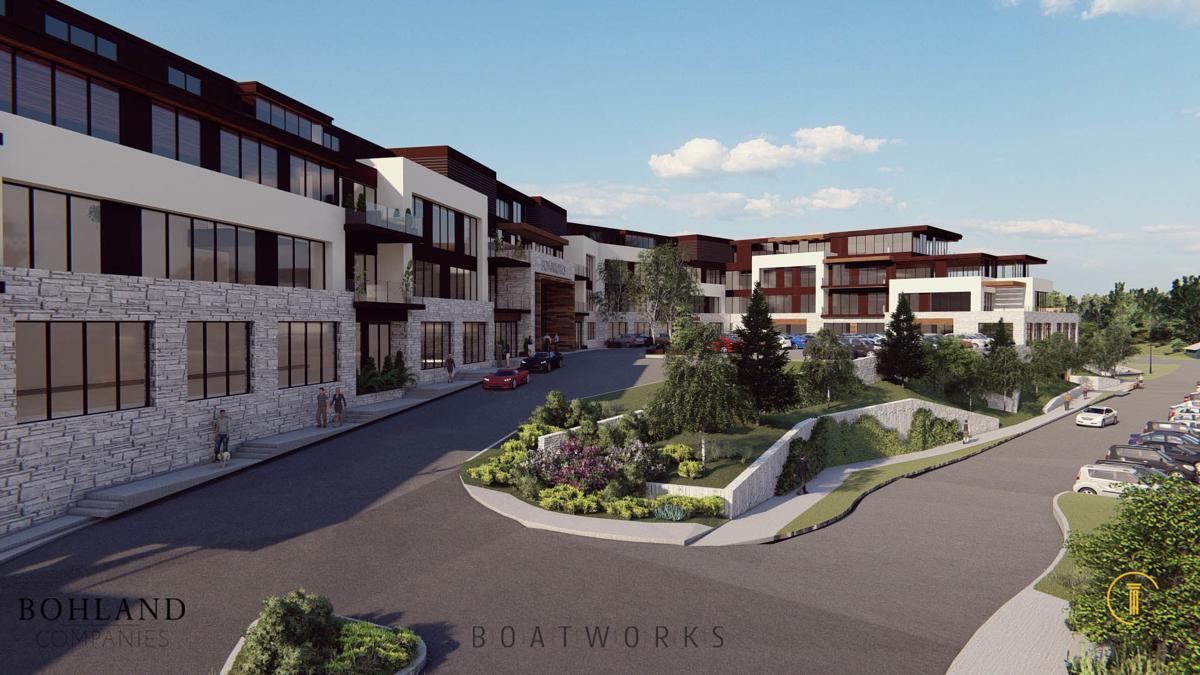 A photo rendering of what the front of the Boatworks building would look like based on the project plans. 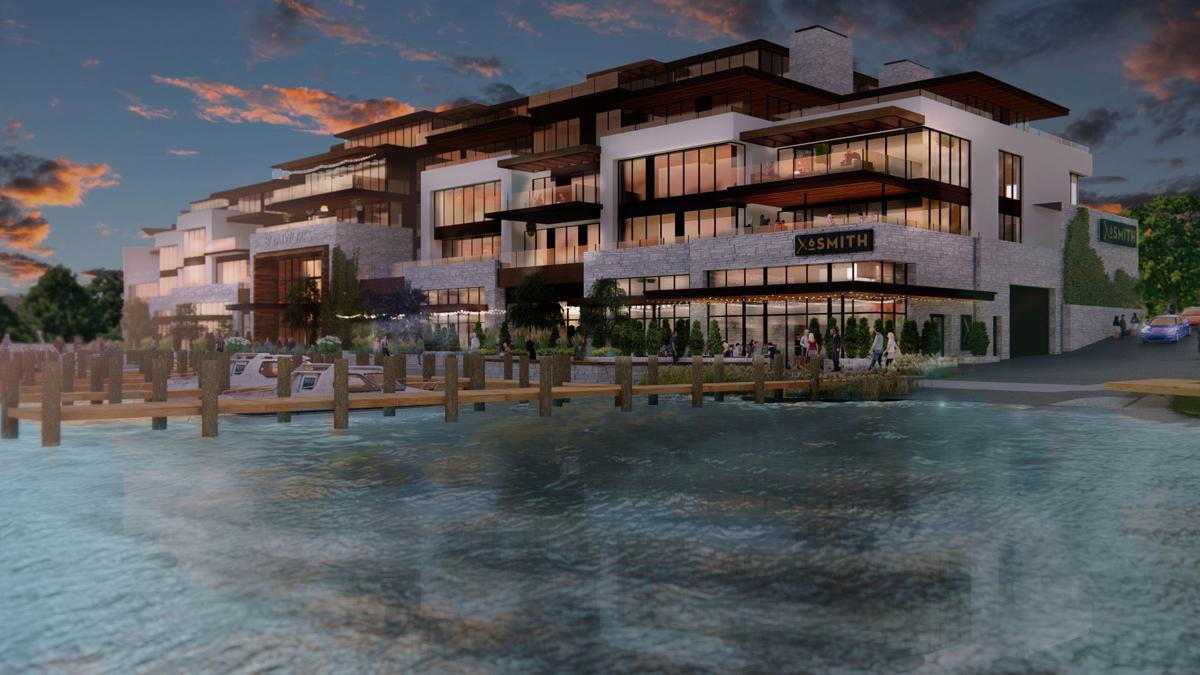 A rendering of what the lakeside of the Boatworks building would look like based on the developer’s current plans. 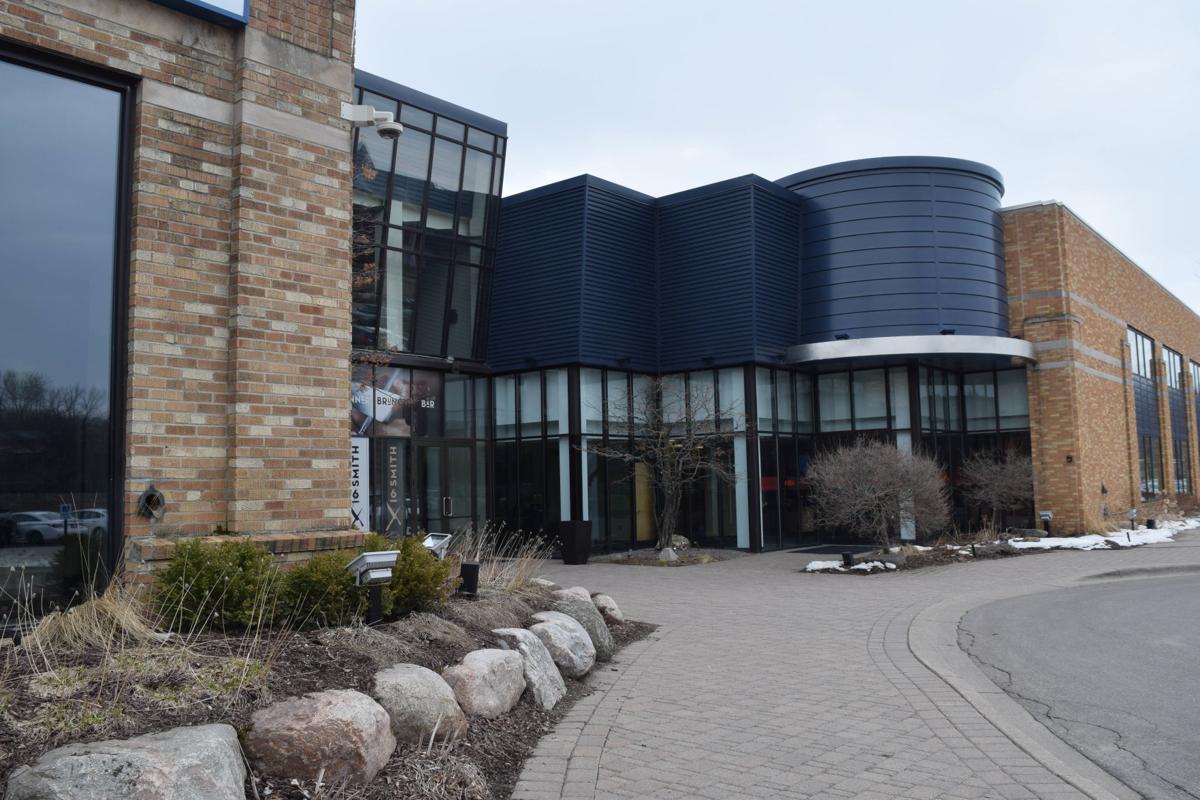 The front of the Boatworks building at 294 Grove Lane E in downtown Wayzata. 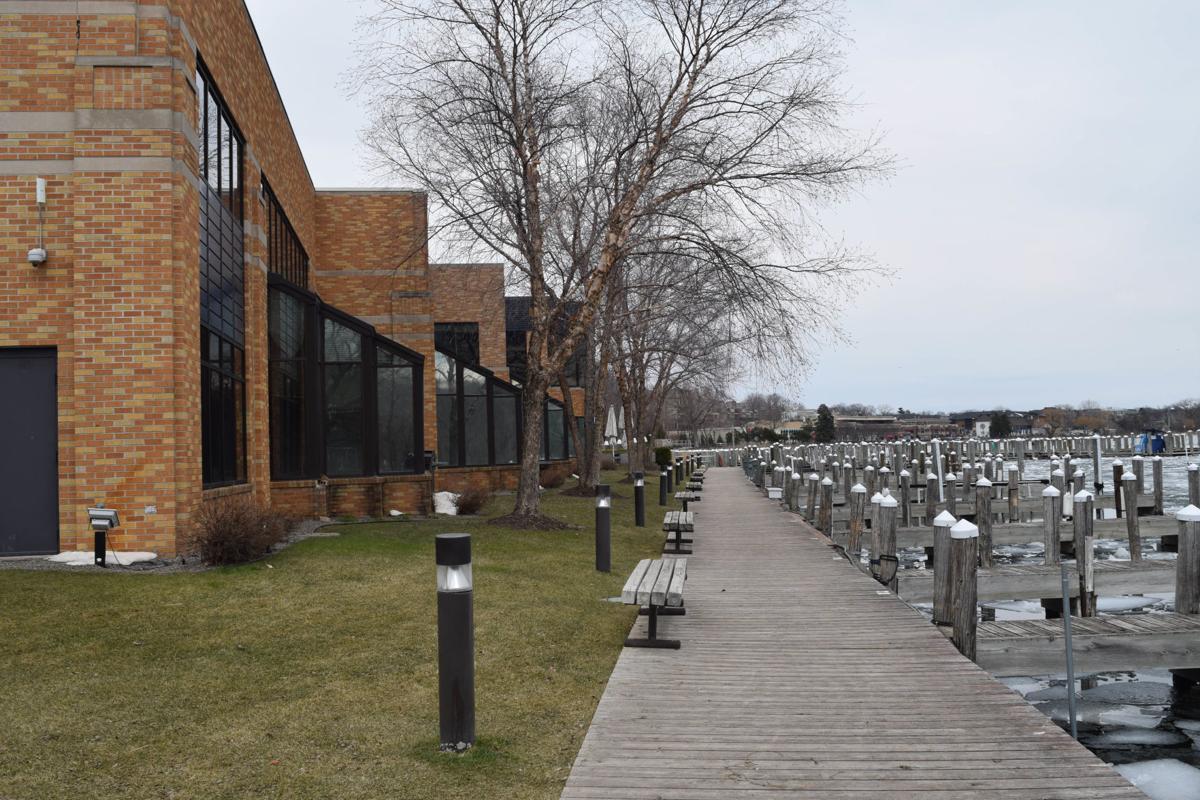 This is the current lakeside of the Boatworks building, which includes a boardwalk and access to docks.

A photo rendering of what the front of the Boatworks building would look like based on the project plans.

A rendering of what the lakeside of the Boatworks building would look like based on the developer’s current plans.

The front of the Boatworks building at 294 Grove Lane E in downtown Wayzata.

This is the current lakeside of the Boatworks building, which includes a boardwalk and access to docks.

WAYZATA — The city of Wayzata may see a huge change in its portion of the Lake Minnetonka shoreline soon if developers have any say in it.

Rick Born is the owner of the Boatworks building, 294 Grove Lane E., a two-story brick office center right on the lake. The building is in familiar hands with Born, having owned the building before from 1996-2002, according to Hennepin County property records.

Now he and his team of developers are looking to turn the property into a mixed-use building.

Dave Stahl of the Cunningham Group, which is the architectural firm working on the building, said this is the perfect time for the building to go through redevelopment, as leases are up for many of the tenants and they can choose to stay in the new building or find new office space. Stahl said most want to stay.

“It’s just one of those opportunities where now would be a good time to look at this area,” Stahl told Lakeshore Weekly News. “We hope we can add enough enhancement that [the city] can go along with it.”

The building would not remain all office space, instead taking on condos and a closed parking structure as well as leaving some space for its business tenants, Stahl said.

The project would give people a chance to live on the lake without purchasing a house, Stahl explained.

“There are very few places on the lake right now where people could live, except single-family homes,” Stahl said.

Wayzata City Manager Jeffrey Dahl said that’s the case in Wayzata. There are only single-family homes on the lake.

The development team — Born, Stahl, Steve Bohl of BohLand Development and Terry Schneider of Project Developers Inc. — have presented their plans for the Boatworks development to the city of Wayzata, but have yet to submit an official application to the city, Dahl said. Once they do, it will take several months for their application to be processed and accepted or denied, taking a bit longer than an average project because if its size.

“Once they submit a project proposal, there is between a two- to four-month planning process. This project has a lot of complexities, so it will probably take several months to go through the review and public feedback before it’s considered for approval,” Dahl said.

Both Dahl and Stahl have concerns about the height of the proposed building, which would stand at 54 feet at its tallest and would be a four-story building in comparison to the current two-story building. At 54 feet, the project would need a variance from the city because of its current zoning laws.

“Height is probably the biggest barrier,” Stahl said. “The reason for going taller is, let’s say, we just stuck with the current height, it doesn’t pay to stick with the current building and just add a little more to the building.”

For Bohl, height is relative to the other things the project will bring to the area. The project would aim to integrate the shoreline that’s part of the property into into the city’s Lake Effect initiative and create a more seamless space for pedestrians to access the public spaces that sit on either side of the property, Wayzata Beach to the West and Depot Park to the East.

Bohl says the development team plans to work with the city to create a great space for pedestrians.

The building plans also include a two-story parking garage, which would add 117 spaces. These are inline with what is needed for the residential and office space of the building, but, according to Bohl, there would also be space in the garage for people to park and access the beach.

Dahl noted that more parking for the area is a good thing and a benefit of the potential project.

“I think there is the need for more public parking and more of a clearly defined parking lot so people know where they can go,” Dahl said. “So having more spaces for the private development will relieve the burden off the public parking area.”

Although the development team has not submitted their application to the city, it did present the proposed project to the city on Sept. 18, 2018, met with Parks and Trails on March 20, 2019, and held an open to the public pre-workshop meeting on April 2, 2019.

Bohl said the timeline for the project is to host a public hearing in June or July, get the project approved by late summer and start construction in the first quarter of 2020.

WAYZATA — A proposal to redevelop the Boatworks property hit a roadblock on Monday, June 3, when the Wayzata Planning Commission unanimously v…