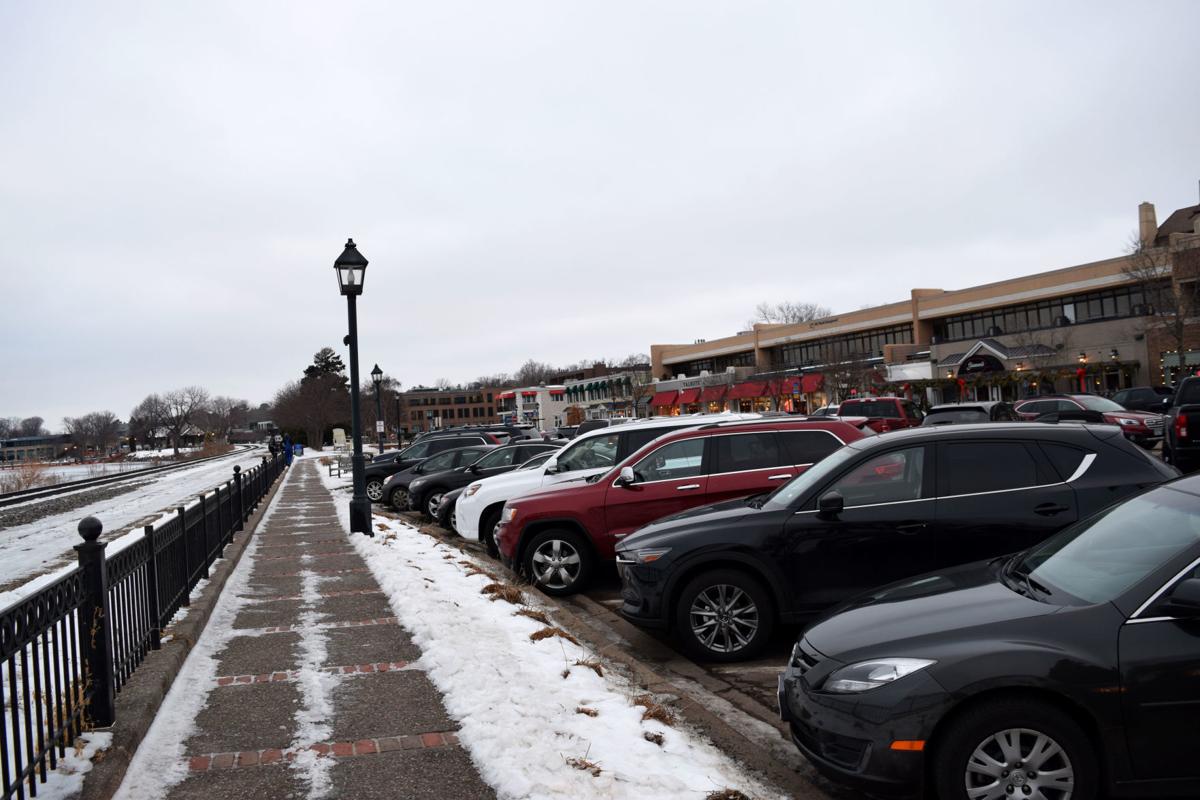 A municipal lot with lakefront property will be turned into a park during phase one of the Lake Effect project. 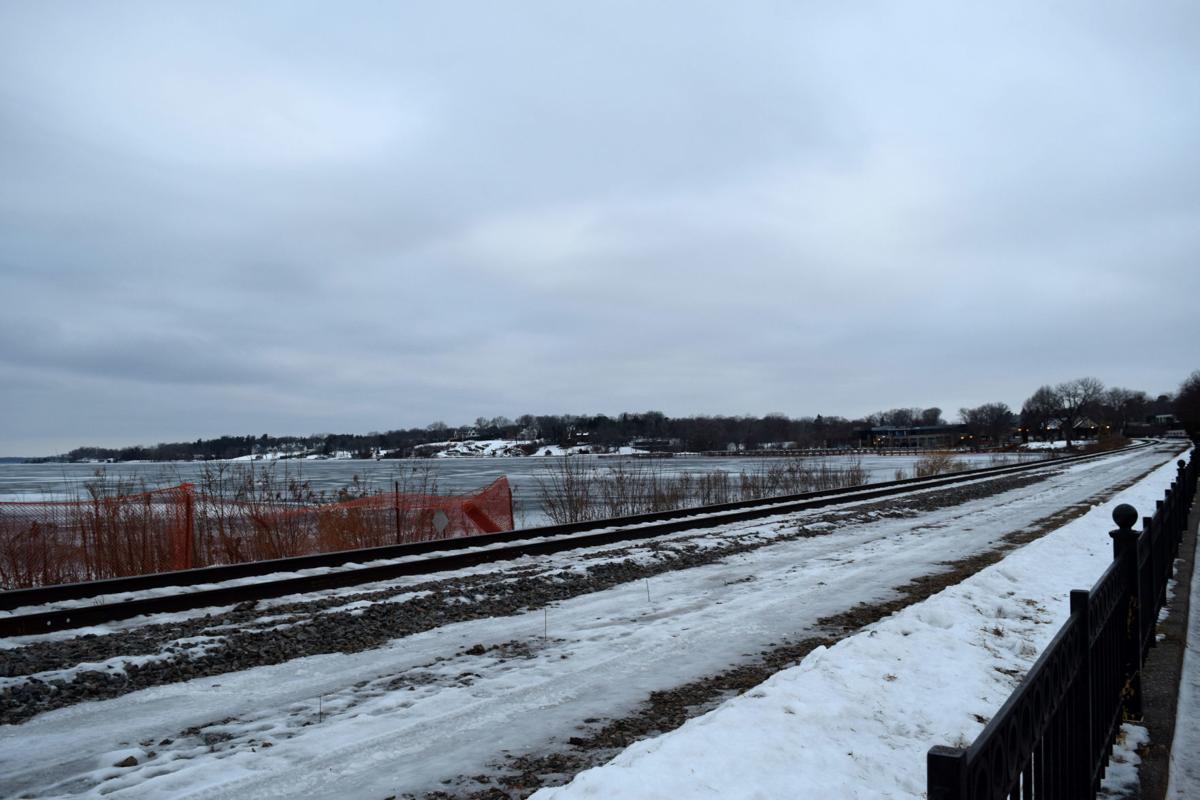 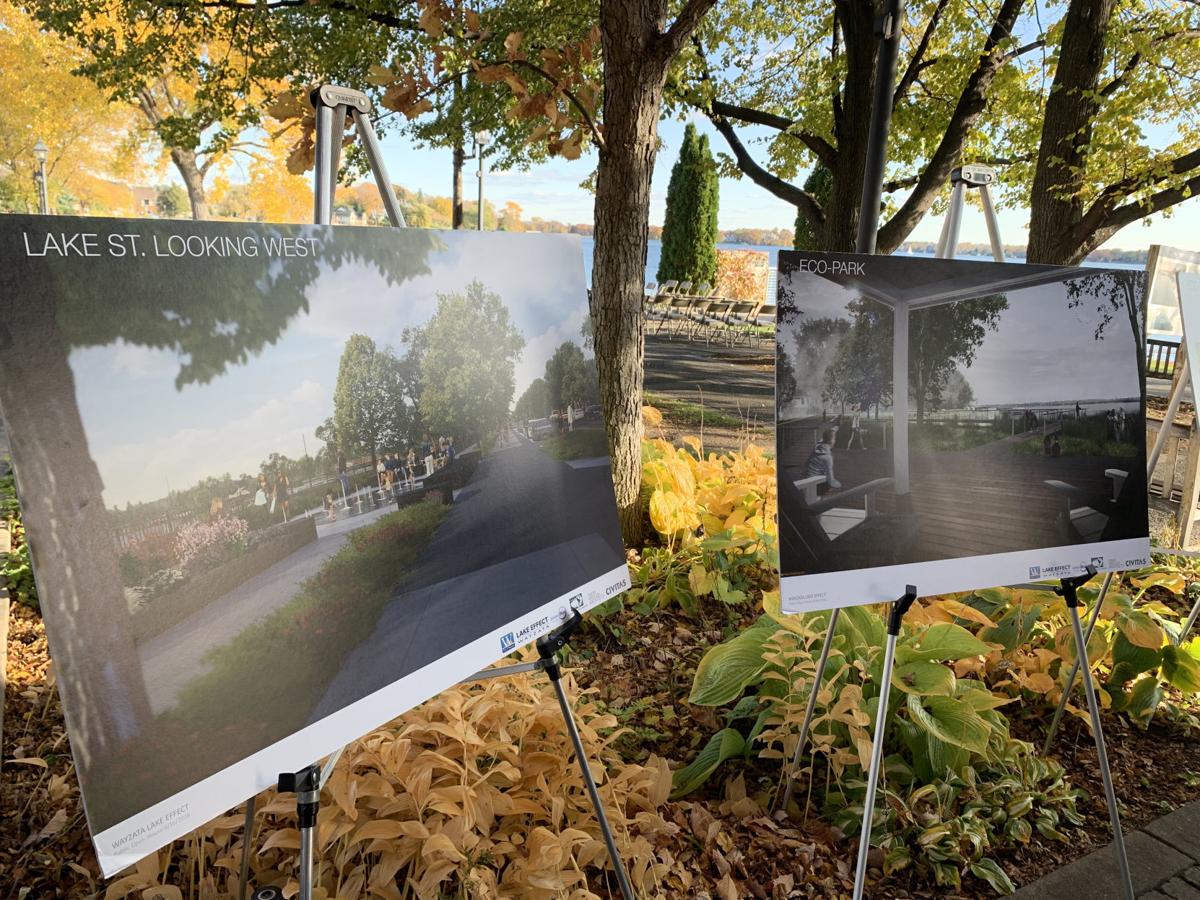 Posters on display ahead of a presentation to the Senate Capital Investment Committee details the Wayzata Lake Effect project. The city is seeking $10 million in the 2020 bonding bill so it can begin phase two of the project, which includes a boardwalk along Lake Minnetonka.

A municipal lot with lakefront property will be turned into a park during phase one of the Lake Effect project.

Posters on display ahead of a presentation to the Senate Capital Investment Committee details the Wayzata Lake Effect project. The city is seeking $10 million in the 2020 bonding bill so it can begin phase two of the project, which includes a boardwalk along Lake Minnetonka.

WAYZATA — Construction on Phase 1 of the years-long Lake Effect project is expected to begin this spring after the Wayzata City Council reauthorized the city to solicit public bids for construction at its Dec. 17 meeting.

The city plans to start soliciting bids after the holidays with a deadline for construction bids around mid-February, City Manager Jeff Dahl said during the meeting.

Phase 1 of construction includes turning the municipal parking lot at Lake Street and Broadway Avenue (next to Cov restaurant) into a year-round public plaza with a restroom facility. The project also calls for expanding the sidewalk, extending the Dakota Rail Regional Trail and making pedestrian safety improvements at the railroad crossing, as well as replacing a water main and adding storm water management.

Construction on Phase 1 of the project was slated to begin in September 2019, but bids for construction were more than double the budget for the first phase (the city had estimated Phase 1 would cost around $5.5 million, but bids came in at around $11 million). Because of this, the city decided to hire Stahl Construction as the construction manager.

“A couple of months ago, the city went through a pretty thorough process for the first phase of the Lake Effect project,” Dahl said during the Dec. 3 City Council meeting, saying the city decided to hire Stahl Construction for three reasons, “one to reduce the overall cost — the bids came out high and we need to figure that out and hopefully change the process and approach it differently to reduce the process; two is just to help with the overall management of the construction when it happens and three is to help us communicate.”

The city is now estimating the cost of Phase 1 will be $8.97 million, which includes the cost of paying Stahl Construction for its services. Those services will include managing relationships and bids for the project on behalf of the city, particularly as construction gets started, Dahl said.

Jessie Houlihan, president of Stahl Construction, said at the Dec. 3 meeting the company reached out to Wayzata when it heard the city was struggling to stay within its budget.

The railroad tracks that run parallel to Lake Street in downtown Wayzata have separated people from Lake Minnetonka since the late 1800s, but the Lake Effect project aims to change that by utilizing some of the only publicly-owned shoreline on the lake and turning it into a usable public space.

“This new vision for Wayzata’s waterfront is really about bringing people together, to relax, refresh and connect with each other while at the same time preserving resources for generations to come,” Andrew Mullin of the Lake Effect Conservancy said at the Nov. 19 City Council meeting.

Mullin presented to the City Council what the Lake Effect Conservancy, which is working to raise private funds for Phase 2 of the project, is doing with Latitude, a marketing consultant. Together they decided this phase should change its name to Panoway on Wayzata Bay in order to “close the book” on the Lake Effect part of the project when the city envisioned the new lakefront.

Panoway is short for panoramic, according to Mullin, referencing the panoramic view of the Wayzata shoreline.

The entire project is expected to cost about $20 million, with Phase 1 being publicly funded and Phase 2 funded by a public-private partnership, city officials have said. The city is seeking $10 million in state funding in the 2020 bonding bill to help pay for some of the project. The rest of the funding is coming from the city, Three Rivers Park District and private funds.

WAYZATA — About 98% of Lake Minnetonka’s shoreline is not accessible to the public — it’s privately owned. Wayzata is trying to make a small s…