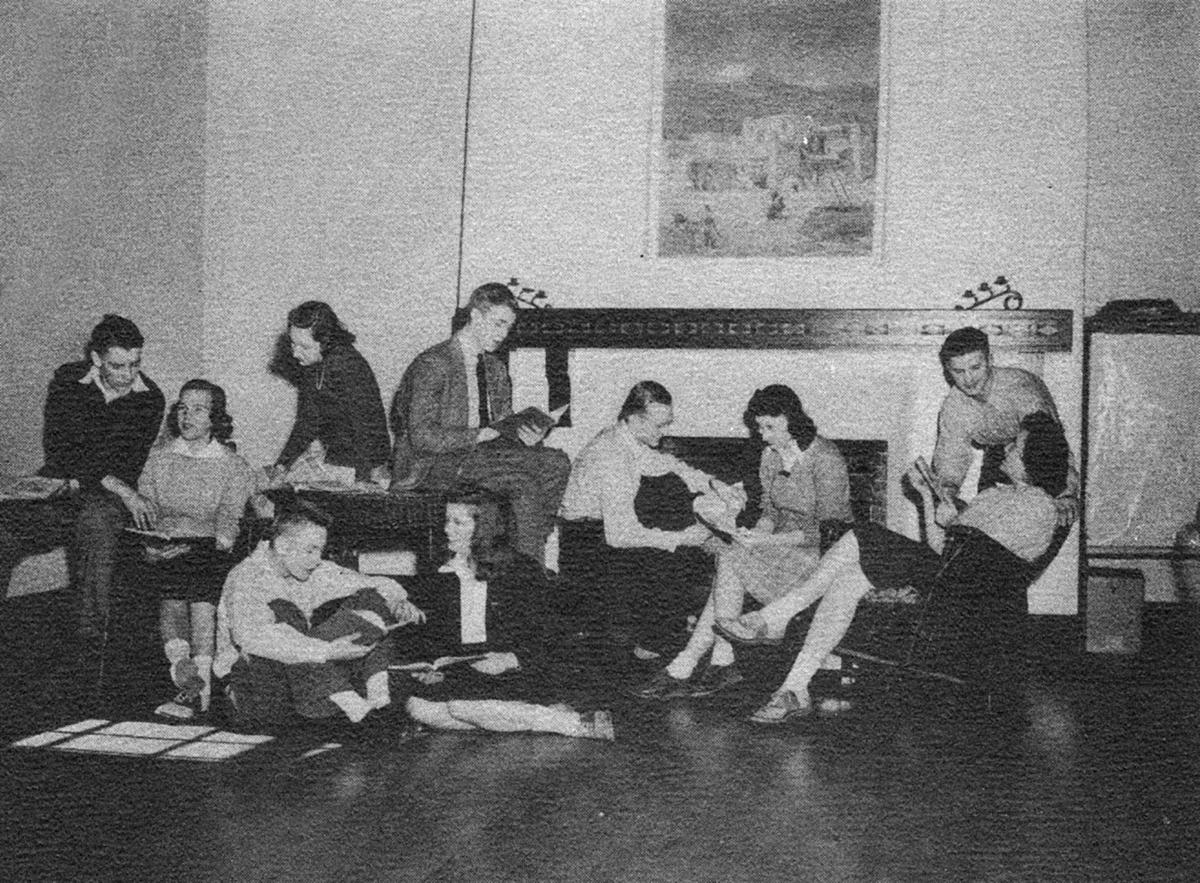 The Widsten School Community Room in 1942. 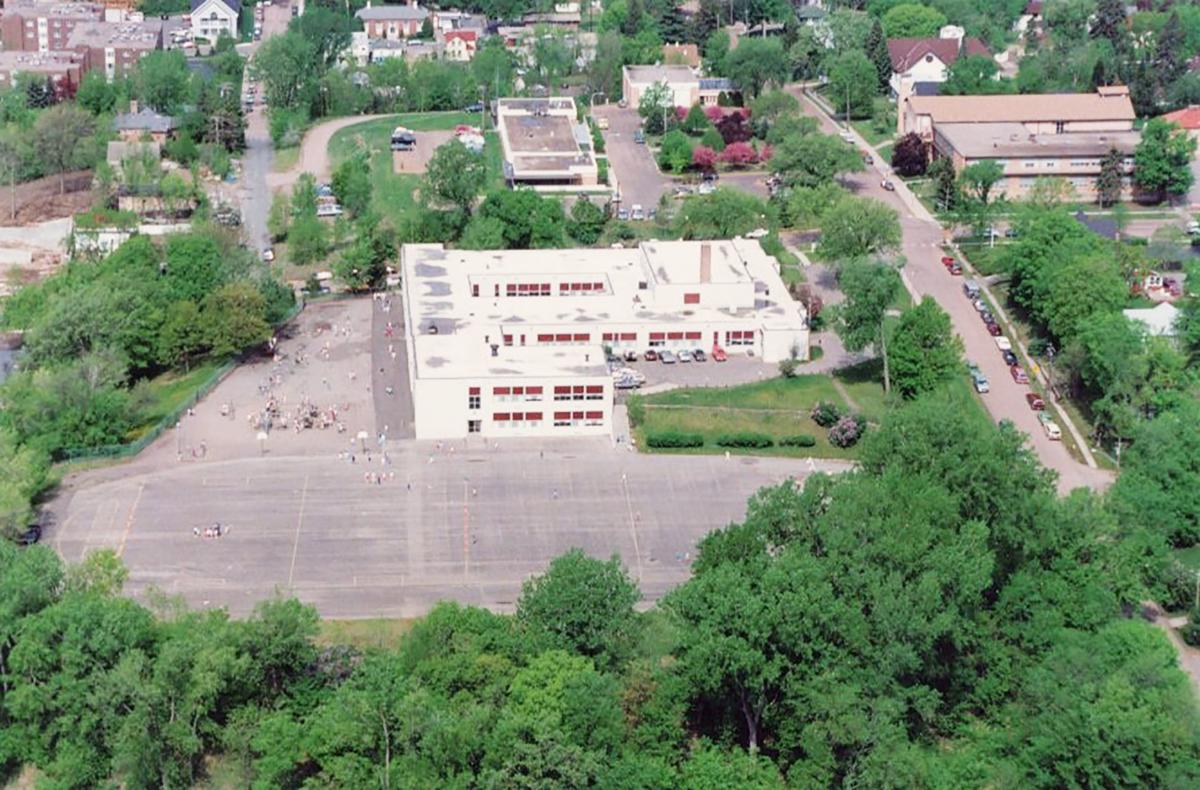 An aerial photo taken in the 1980s of Winston School 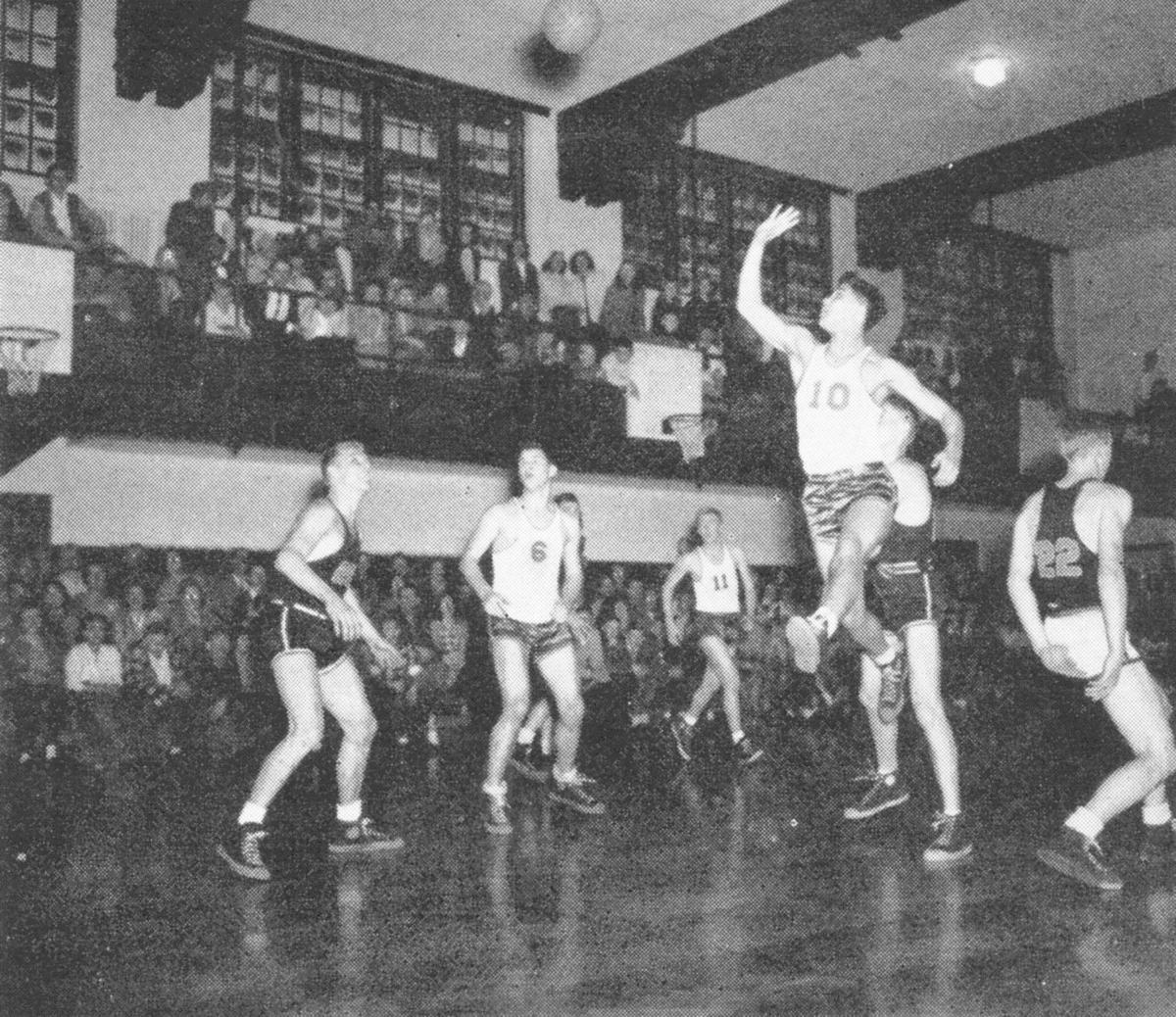 A basketball game that took place in the Widsten School Gymnasium in 1948.

The Widsten School in Wayzata was originally named the Wayzata Consolidated School. 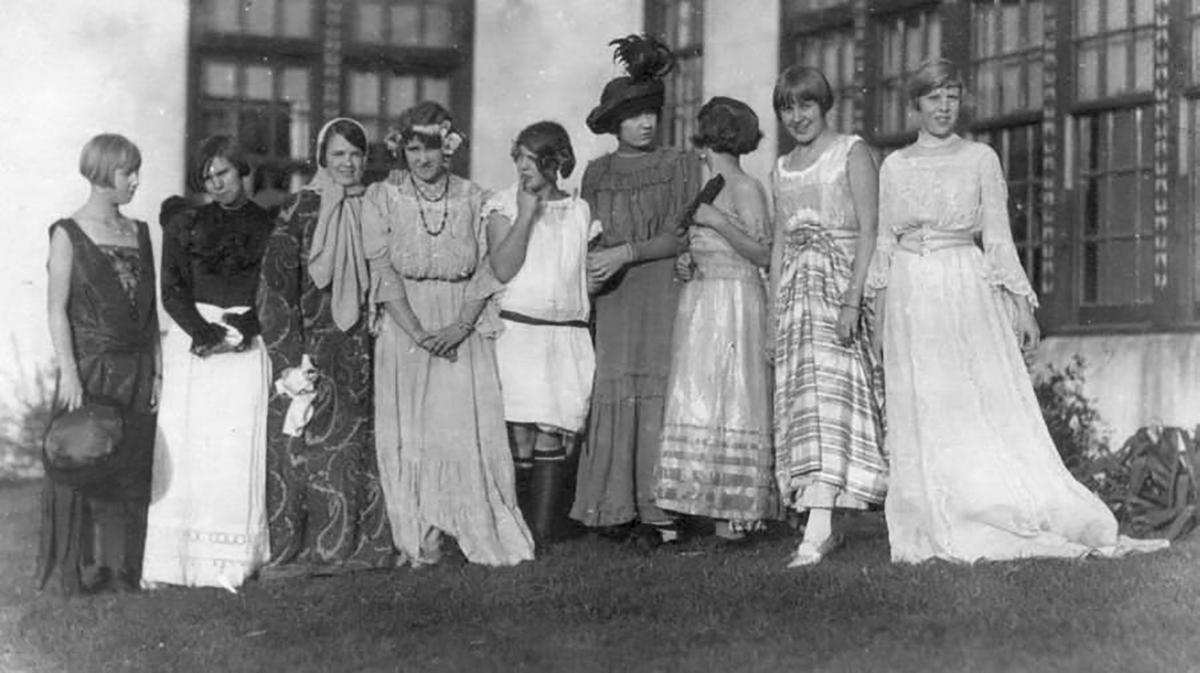 A play group standing outside the Widsten School.

WAYZATA — Students throughout the Wayzata Public School District will soon say goodbye to summer and return to the classrooms. The district is one of the largest in Minnesota. It consists of eight elementary schools, three middle schools and a high school. But like many Minnesota school districts, students K-12 were once taught under one roof.

Wayzata Consolidated School was not the first school in Wayzata, but it arguably left the greatest impression on students who walked through its halls for nearly 70 years.

The school was dedicated on October 7, 1921 on the same ground as its predecessor. That school burned down the year before. The new school was constructed for $350,000 by Hewitt & Brown. The architects took a unique approach to the construction of the new school — an ode to the Southwest.

The school was built in an adobe Pueblo Revival style. The New Mexico Historical Society printed a detailed article about the school’s unique design in 1985, noting it was uncommon for this type of architecture to be used so far north. The school had high ceilings and the doorways were framed in a way to give the effect of adobe surfaces. The Community Room was located at the northwest corner of the school. An oil painting of the Pueblo of Taos adorned the fireplace mantle.

In 1953, the school was renamed Widsten in honor of principal Halvor Widsten who had passed away earlier that year. And upon completion of a new high school, Widsten was strictly an elementary school and would remain so until it closed in October of 1989.

Widsten was perched on what was known as School House Hill on the corner of Broadway and Rice with magnificent views of Lake Minnetonka. In the early days, a ball field was located across Broadway where the library, city hall and the fire department are located. In later years, it had a vast playground area where children would enjoy a respite from the classroom, stretch their legs and take part in recess. It was not uncommon for a ball to land on the other side of the playground fence, bounce down the hill into downtown Wayzata. It would be interesting to know the number of kick balls and soccer balls that met that fate.

If you attended the school, memories can’t help but flood back with the mere mention of the name Widsten. There were those hissing radiator heaters in the classroom that provided extra warmth if you were one of the kids sitting closest to them. There were the old-fashioned coat rooms that were separated from the classroom by a partial wall. There was a small gymnasium and stage that hosted countless games and performances - some of the best seats in the house were the overhead balconies. Many of you may remember the delicious smells of Olson Bakery that drifted up the hill and into the school.

In 1989, the doors closed at Widsten. Students were moved the newly-opened Gleason Lake Elementary. Demolition began in November of 1992. The land with the magnificent views of Lake Minnetonka is now home to townhomes - the Widsten Townhomes located along Widsten Circle.

So as those long, carefree summer days wane and students return to school, remember simpler days when smart boards were chalkboards, iPads were notepads, school tones were school bells and children Kindergarten through 12th grade all went to the pueblo on the hill.