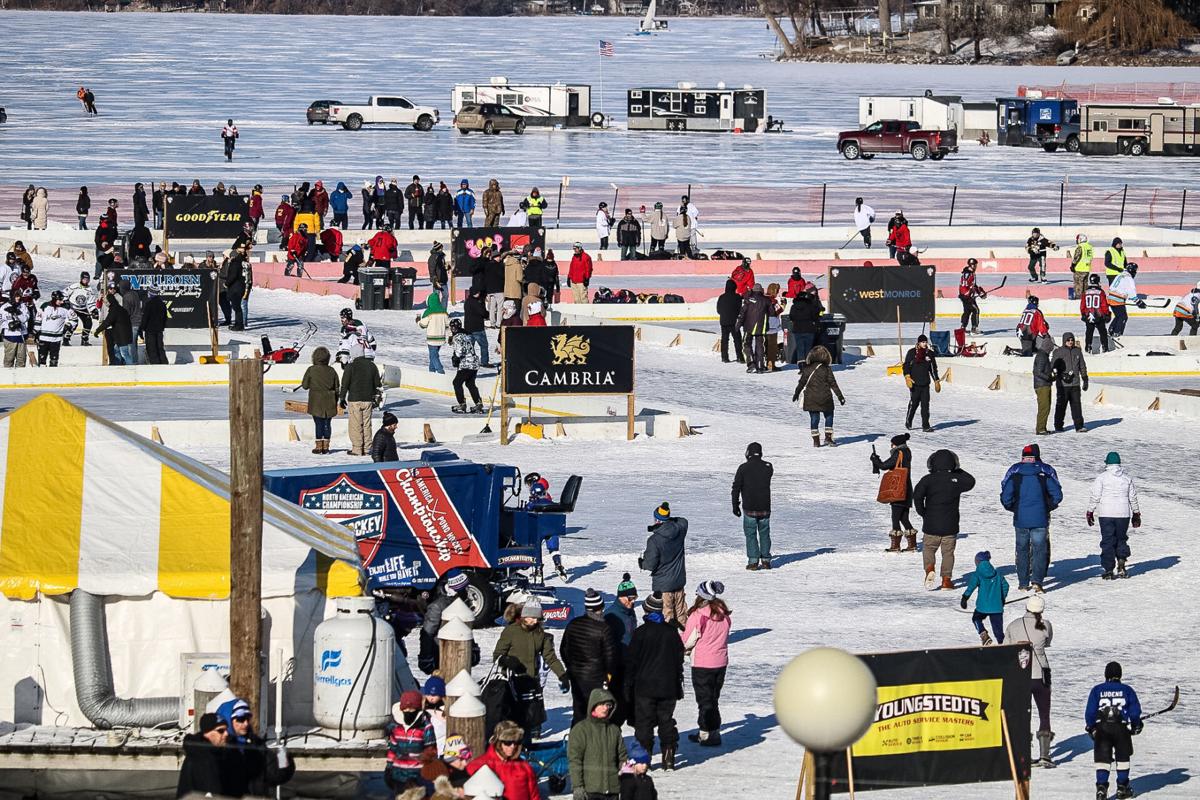 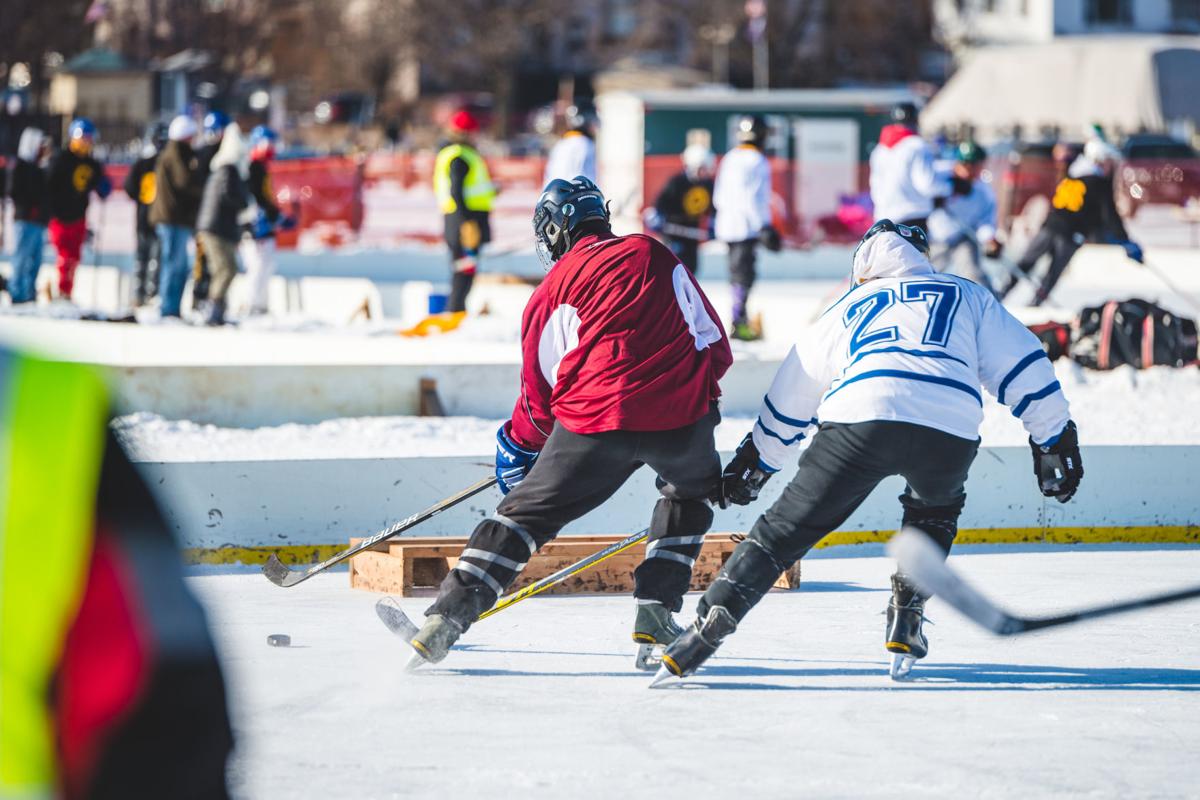 The puck drops for the pond hockey tournament on Friday, Jan. 17, with bracket play on Friday and Saturday, followed by championship games on Sunday.

The ice for last year's tournament was described as "perfect," which was a relief for event organizers after a few years of sub-par ice that resulted in no pond hockey being played in 2016 (that's when the bean bag tournament started) and a street hockey tournament instead of pond hockey in 2017.

Even with a warmer-than-normal end to 2019, which forced city skating rinks to close and prompted officials to issue a warning about unsafe ice on Lake Minnetonka, event organizers aren't worried about ice conditions ahead of the tournament.

The DWB Memorial Foundation's ice team was out on Excelsior Bay on Saturday, Jan. 4, to assess ice conditions. Foundation President Steve Youngstedt said, "As of today there is 10 inches of hard clear ice on Excelsior Bay. The extended forecast looks great — the tournament will be held as planned."

In addition to the live music and games all weekend, there will be three ticketed benefit concerts from Thursday-Saturday in a tent outside Maynards restaurant. High & Mighty will perform on Thursday, The Johnny Hold Band will take the stage on Friday, Jan. 17 and Viva Knievel on Saturday.

The charitable weekend of competition is free for spectators. Registration closes at midnight on Friday, Jan. 10 for the hockey tournament and on Tuesday, Jan. 14, for the bean bag tournament. Teams can register at pondhockeylakeminnetonka.com.

The North American Pond Hockey Championship has been going on for more than a decade, but this is the eighth year it is organized by the DWB Memorial Foundation, a foundation set up to honor Shorewood resident David Wynn Bigham, who died in 2012.

The annual tournament raises funds for local charities. This year’s beneficiary is #GIVE16, a charitable campaign started by Jason Zucker, of the Minnesota Wild, and his wife Carly Zucker.

Proceeds from the event will help fund programming at the Zucker Family Suite and Broadcast Studio at the University of Minnesota Masonic Children’s Hospital, which opened in November 2018 to provide a place where patients and their siblings can be normal kids. It features a broadcast studio and theater where kids and families can watch Wild games and it hosts celebrity visits, music and game shows.

Money raised at the concert on Saturday night will be donated to the ALS Association Minnesota/North Dakota/South Dakota Chapter.

Since 2013, the DWB Memorial Foundation has raised more than $1 million for charities, a news release said.

The bracket-style pond hockey tournament features five divisions for men and women. Bracket-style play will begin Friday, Jan. 16, and continue on Saturday. Championship games will be held on Sunday.

The bean bag tournament begins on Saturday, Jan. 17, with championship play on Sunday.

High & Mighty will perform on Thursday, The Johnny Holm Band will take the stage on Friday, Jan. 17 and Viva Knievel on Saturday.

Doors each night open at 6 p.m., with the performances scheduled to go from 7-10 p.m. All three shows are 21 and older events and are expected to sell out, so people are encouraged to buy tickets early at pondhockeylakeminnetonka.com/concerts. The High & Mighty show is $10, while The Johnny Hold Band and Viva Knievel tickets are $25.

EXCELSIOR — It was a "well-oiled machine" on Lake Minnetonka Saturday morning as crews built rinks for the North American Pond Hockey Championship.