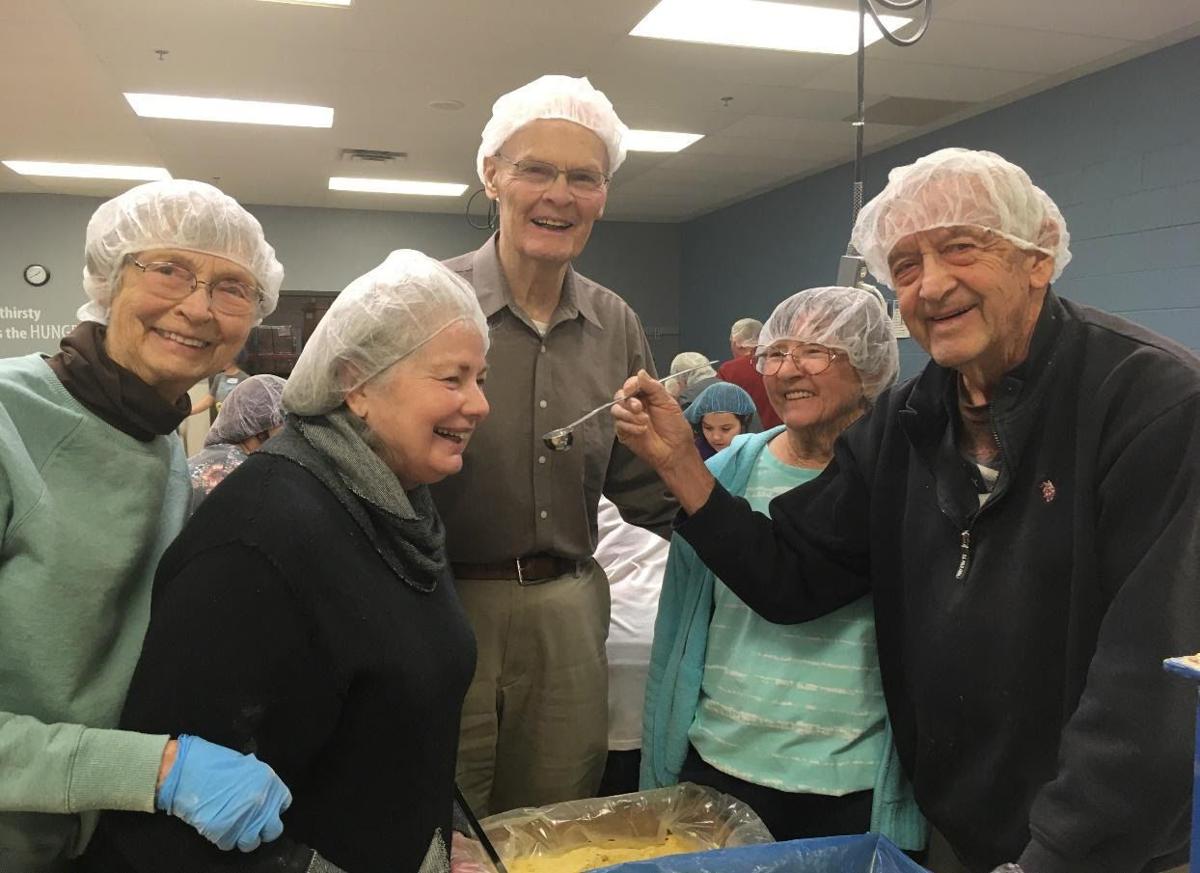 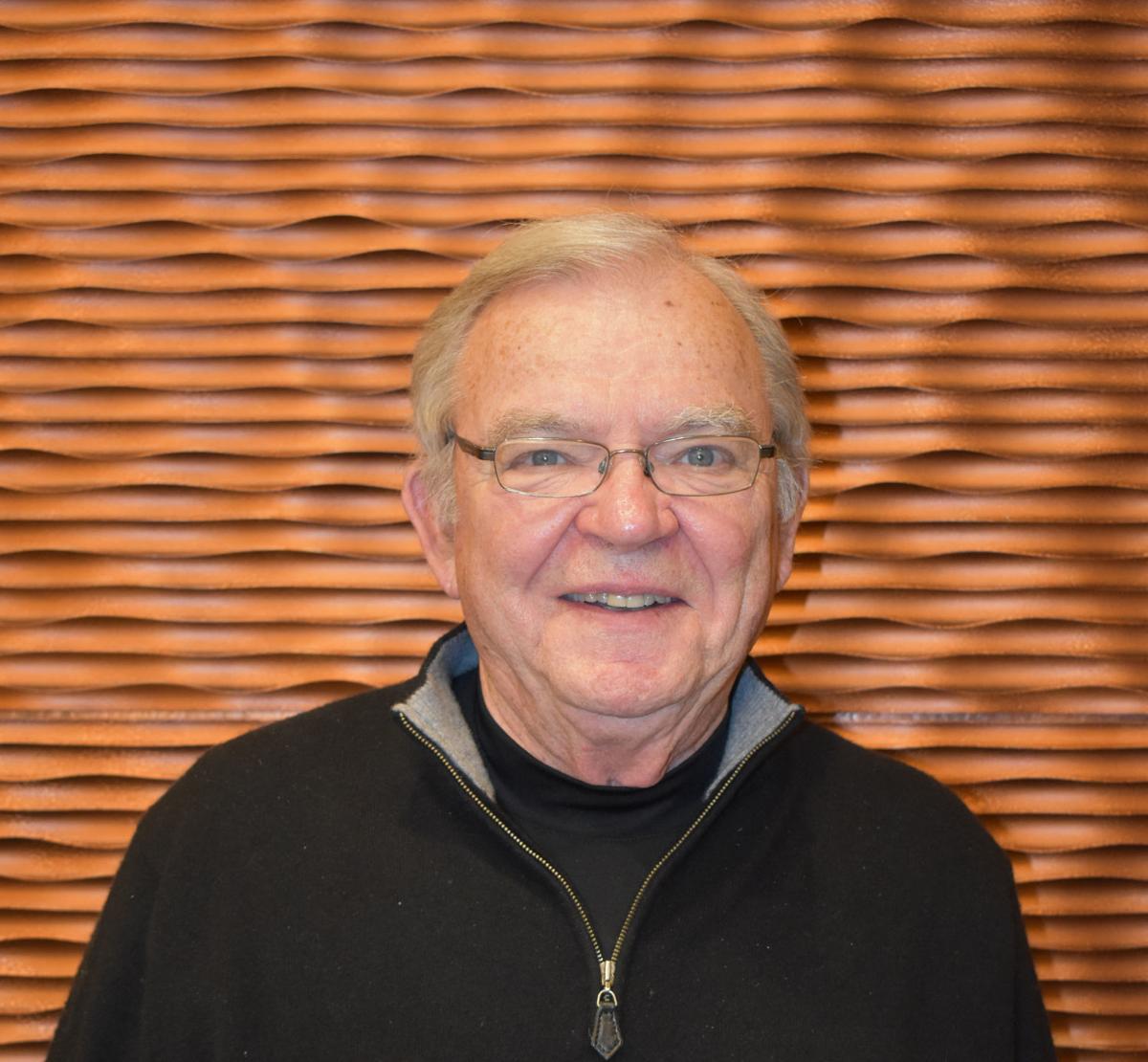 Last year’s Christmas gathering was 24 strong. Half of them were teenagers. The oldest was 80 and the youngest was 12. A one-day visit is not too much of a problem, but how is it possible to entertain that many relatives for five days? We found a way to do just that and do something constructive at the same time.

My wife and I live at Trillium Woods, where we have a two-bedroom, two-bath independent living apartment. There are guest rooms and apartments available for guests, along with excellent dining facilities, but we opted to move the whole bunch of guests to some cabins on a lake near Brainerd.

Not far from those cabins was a Kids Against Hunger food packing facility. We had been there once and knew they had five lines set up for packing food. Each line could be staffed by eight people. That meant we could pack meals on three of their five lines if they would let us. We called and they agreed to open the facility.

We arrived about 10 a.m. and were greeted by four friendly staff members, all volunteers. The cameras and phones came out when we found out we all had to wear hair nets. Some of us didn’t have hair but we had to wear the nets anyway. We were then led into the packing room and asked to take a seat. For the next 15 minutes, we were told how the process worked and, most importantly, who we were packing food for. On this particular date, it was for a country in Africa that could not feed its people. In fact, they often took clay, shaped it like small pancakes and let it dry in the sun. The children ate them to fill their stomachs before they went to bed so that they could sleep. Without them, hunger would keep them awake. That information got us eager to get to work. The items we would be packing were not exactly sirloin steaks but they were far better than clay.

Each plastic bag we packed provided six meals when mixed in boiling water. On each of the three lines we staffed, there were four people with scoops standing in front of four large boxes of powdered or dried items. There was soy, vitamins, dried vegetables and rice. When filled, each bag was weighed by another person and then electronically sealed by yet a sixth person. The sealed bags were placed on a table two deep until there were enough for the remaining two participants to fill a box with them and seal the box for shipment.

We chose up teams, fought each other for the jobs we wanted – all in fun – and then one of the volunteers put on some Christmas music. After a “Ready, set, go!” command, we were off. We all sang with the music and yelled at the other teams. Every time a box was filled, we had a large horn with a big black bulb that made a loud noise like car horns back in the early 1900s. It was a tied match between two of the teams for most of the hour. Yells of encouragement rose over the Christmas music and bags fairly flew down the production line. One grandfather yelled that his team would win if he didn’t have a heart attack. On another line, one of the young food packers needed to take a bathroom break that would ruin her team’s chances. She was told to hold it.

When all was said and done, the 24 of us had packed 60 boxes containing nearly 15,000 meals. We had a group picture taken, got to take our hair nets off, and were even given a sample of the food we had packed – not gourmet eating but not bad.

Now, twice a year, Trillium Woods loads up its 22-passenger bus and takes a group of residents to the Coon Rapids facility of Feed My Starving Children, which has facilities all around the Minneapolis area, and is a sister organization of Kids Against Hunger. It is a wonderful way to spend an afternoon, and we leave knowing that we have made the world a little better place to live for some of its neediest families.

Don Deline is a resident of Trillium Woods, a senior living community in Plymouth. He shares this column with other residents of Trillium Woods in an effort to share stories about seniors living well.