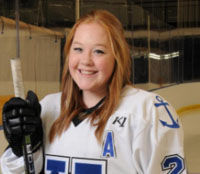 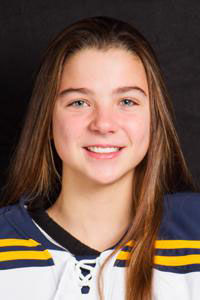 The quest to advance to the Xcel Energy Center and the state tournament will begin in earnest this week as girls’ hockey teams from around the state will begin play in section tournaments with their seasons on the line.

The Minnetonka Skippers (12-9-3) are the No. 2 seed in section 2AA and looking for their first state tournament appearance since 2015. The Skippers started the season 10-3-3 in their first 16 games, before enduring a slump that saw them lose six of seven games during a tough Lake Conference stretch.

On the positive side, the Skippers went 2-1 during the regular season against Eden Prairie, the No. 1 seed in the section, including a 3-2 overtime victory on Saturday, Feb. 3.

The Skippers are the definition of a balanced team offensively as no individual player has more than nine goals this season, but the team has 10 players with at least three goals.

Junior Kailey Langefels is the team’s leading scorer this season with nine goals and nine assists. Junior Kate Hoelscher has eight goals and two assists, while sophomore Lacey Martin has four goals and a team-leading 11 assists.

Senior goaltender Abby Manlove has been solid between the pipes this season with six shutouts, a 1.71 goals against average and a .925 save percentage.

The Skippers are scheduled to open up section play at 7 p.m. on Friday, Feb. 9 when they host a quarterfinal matchup against the No. 7 seed Chaska/Chanhassen (12-11-1). The two teams played to a 1-1 tie during the regular season back on Dec. 9.

If the Skippers can win the quarterfinal game, they would face the winner of matchup between the No. 3 seed Shakopee and the No. 6 seed New Prague. The top teams on the opposite side of the bracket are No. 1 Eden Prairie and No. 4 Holy Family/Waconia. The semifinals will be played on Tuesday, Feb. 13 at Braemar Arena in Edina, while the section championship game is slated for Friday, Feb. 16, at Braemar.

The Wayzata Trojans (17-7-1) enter the section 6AA tournament riding a six-game winning streak that has seen them outscore their opponents by a combined total of 29-6.

The Trojans are the No. 3 seed in the section and will open the postseason against the No. 6 seed Benilde-St. Margaret’s on Saturday, Feb. 10 at 4:30 p.m. at Parade Ice Arena in Minneapolis.

The Trojans feature four double-digit goal scorers on their roster, including freshman Gretchen Branton who leads the team in scoring with 16 goals and 11 assists.

If the Trojans can get past Benilde-St. Margaret’s in the first round, they would likely face the No. 2 seed Blake in the semifinals on Wednesday, Feb. 14. The No. 1 seed Edina looms on the opposite side of the bracket as a possible section championship game opponent for the Trojans. The section championship game will be played on Friday, Feb. 16, at Parade Ice Arena.

The Orono Spartans (8-14-3) are the No. 2 seed in section 5A and will receive a bye into the semifinal round of the six-team section tournament.

The Spartans have only two wins in their last 11 games, but still have a decent chance to come out of the section which features Breck as the No. 1 seed.

The Spartans are led offensively by senior and UMD recruit Lizi Norton, who has 18 goals and 16 assists this season.

With the first-round bye, the Spartans will await the winner of the first-round matchup between the No. 3 seed Totino-Grace and the No. 6 seed Holy Angels. The semifinals will take place on Tuesday, Feb. 13, with the section championship game slated for Thursday, Feb. 15.