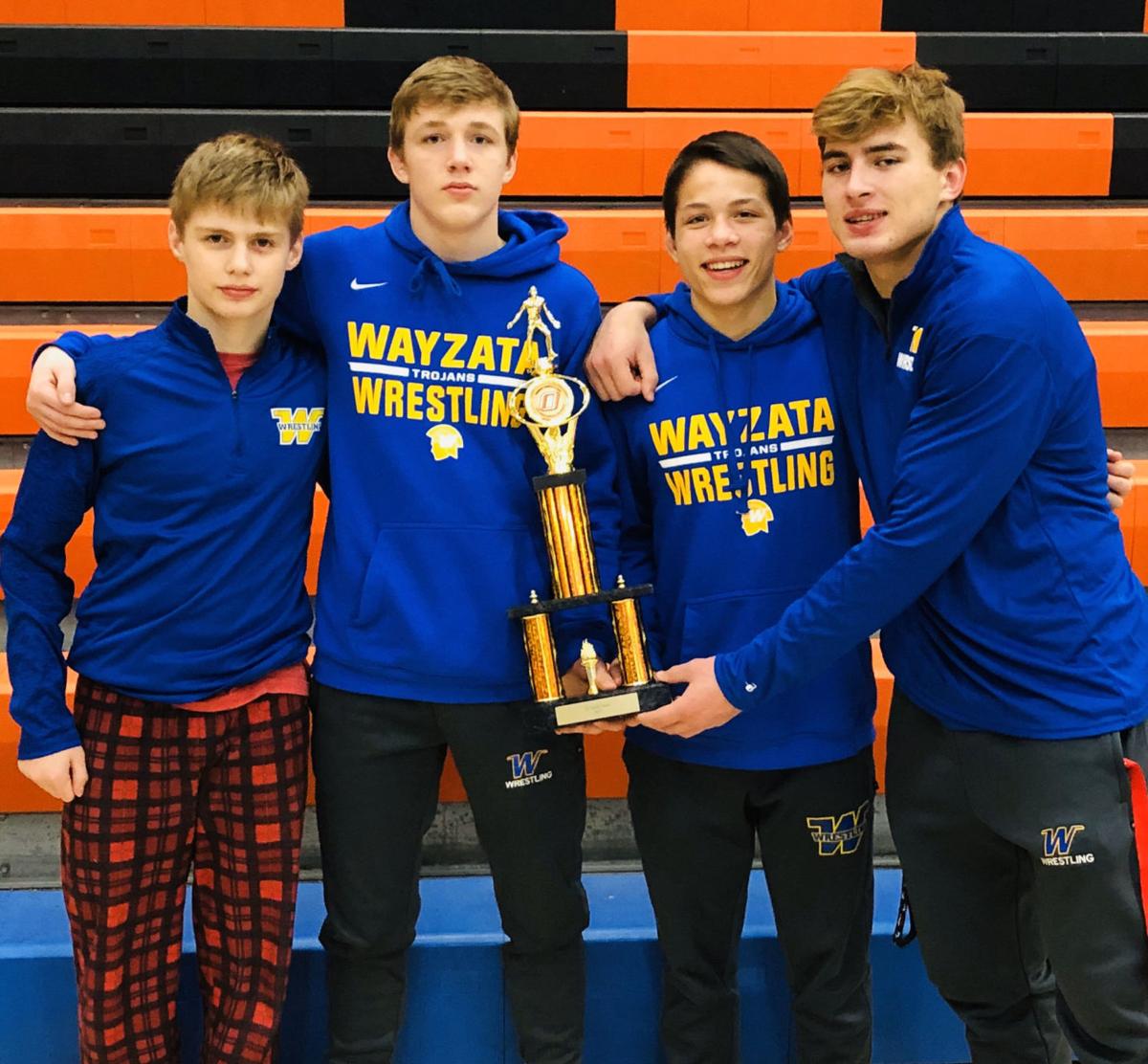 Wayzata won Osseo’s Ken Droegemueller Invitational on Nov. 30. The Trojans are ranked No. 10 in an early-season Class 3A poll. 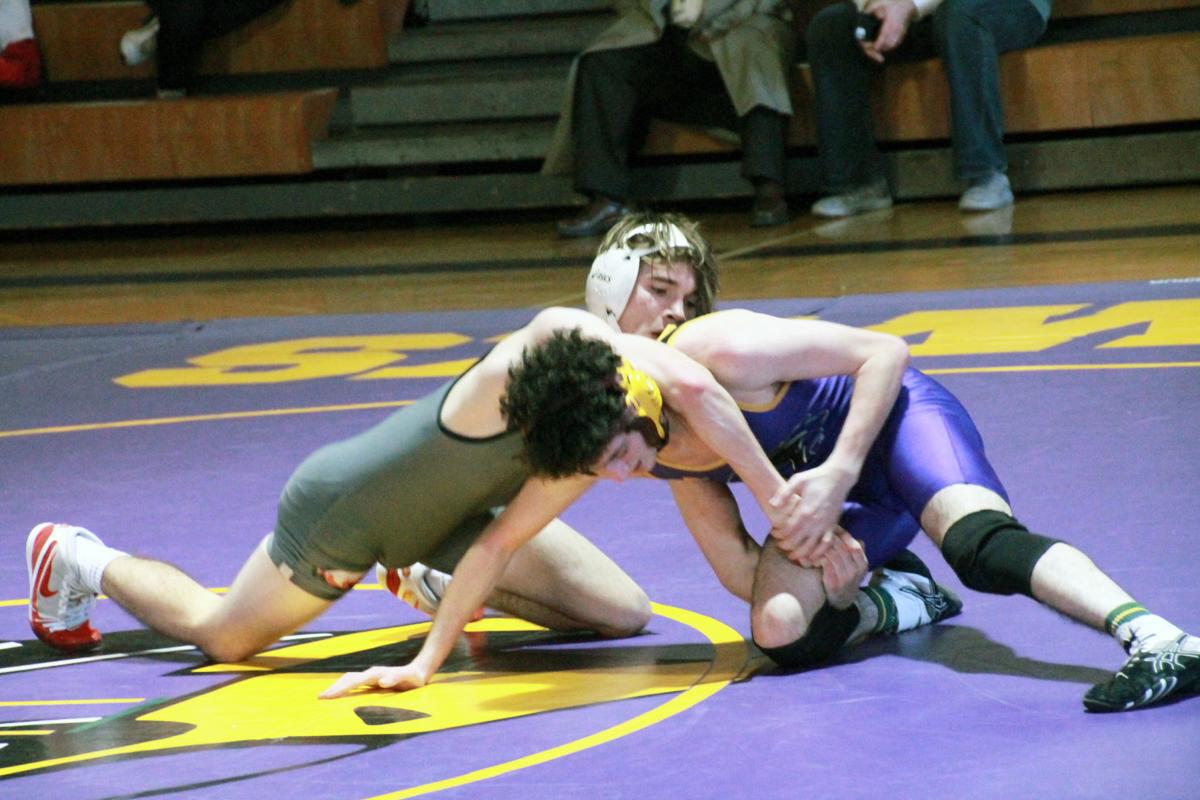 The Mound Westonka wrestling team defeated the Chaska/Chanhassen Stormhawks 58-27 in a dual match at Chaska High School on Thursday, Dec. 5.

Wayzata won Osseo’s Ken Droegemueller Invitational on Nov. 30. The Trojans are ranked No. 10 in an early-season Class 3A poll.

The Mound Westonka wrestling team defeated the Chaska/Chanhassen Stormhawks 58-27 in a dual match at Chaska High School on Thursday, Dec. 5.

Wrestling season is underway in the state of Minnesota and teams from Mound Westonka and Wayzata have had strong starts with impressive showings in early-season tournaments.

The White Hawks had three individual champions and three other wrestlers reach the championship match in their weight class as they took second place in the 13-team field at the Don Meyers Fridley Invitational on Saturday, Dec. 7.

Delano won the team title with 202 points, the White Hawks placed second with 181.5, while Tartan rounded out the top three with 149 points.

Senior Seth Anderson won the individual title at 160 pounds with an 11-1 major decision over Fridley junior Luke Gerhard. Anderson recorded a fall at the 2:41 mark of his quarterfinal match against Hopkins sophomore Chris Roberts and a hard fought 5-3 decision over Delano junior Dylan McIntire in the semifinals.

Senior Dylan Albert won the individual title at 182 pounds. Albert got a first round bye and then proceeded to record a pair of falls to win the weight class. Albert needed just one minute to pin Delano senior Eric Rasmussen in the semifinal round and then pinned Zimmerman sophomore Aiden Pardino at the 3:01 mark of the championship match.

The trio of White Hawk wrestlers that placed second at the tournament included sophomore Jacob Maas at 120 pounds, junior Lance Munsterteiger at 170 pounds, and Ryan Fitz at 285 pounds.

Maas defeated Zimmerman freshman Sam Miller in the quarterfinals with a 15-0 technical fall. Then he recorded a 22-13 major decision over Tartan sophomore Anthony Recchio in the semifinals before losing to Delano senior Tyson Kroells in the championship match.

Munsterteiger pinned Tartan senior Leon Porter in the quarterfinals and recorded a 7-2 decision over Fridley junior Michael Ude in the semifinals. Munsterteiger dropped a 7-1 decision to Hopkins senior Demetrius Patton in the championship match.

In the heavyweight division, Fitz earned a 6-1 decision over Tartan sophomore Alex Johnson in the quarterfinals and then recorded a fall at the 3:48 mark of his semifinal match against Hopkins senior Aaron Bertsch. Delano senior got the best of a 4-0 decision over Fitz in the championship match.

The Wayzata Trojans, who are ranked No. 10 in an early-season Class 3A poll, won Osseo’s Ken Droegemueller Invitational to start their season on Saturday, Nov. 30.

The Trojans had four wrestlers win individual titles at the event, including freshman Calvin Lonnquist at 120 pounds, freshman Kyler Wong at 126 pounds, junior Cael Swensen at 138 pounds, and senior Mac Kukowski at 195 pounds.

Lonnquist recorded a 10-2 major decision over Blaine sophomore Cooper Larson in the championship match at 120 pounds. Lonnquist pinned Minneapolis Southwest junior Bilal Jama in the quarterfinal round and recorded a 16-1 technical fall over Rogers sophomore Chris Dietl in the semifinals.

Swensen was dominant at 138 pounds as he pinned Blaine senior Matthew McCormick at the one minute mark in the semifinals and then needed just 54 seconds to pin Woodbury junior Cade Johnson in the championship match.

Kukowski recorded a 19-4 technical fall over Rogers senior Evan Braesch in the semifinals and then pinned Minneapolis Southwest senior Elijah Judovsky at the 1:35 mark of the championship match.

The Trojans had three other wrestlers advance to the championship match in their respective weight classes. Elijah Wald at 106 pounds, Adam Cherne at 132 pounds and Cayden Homme at 182 pounds all placed second.

The Trojans will take part in a tournament at Chanhassen High School on Saturday, Dec. 14.