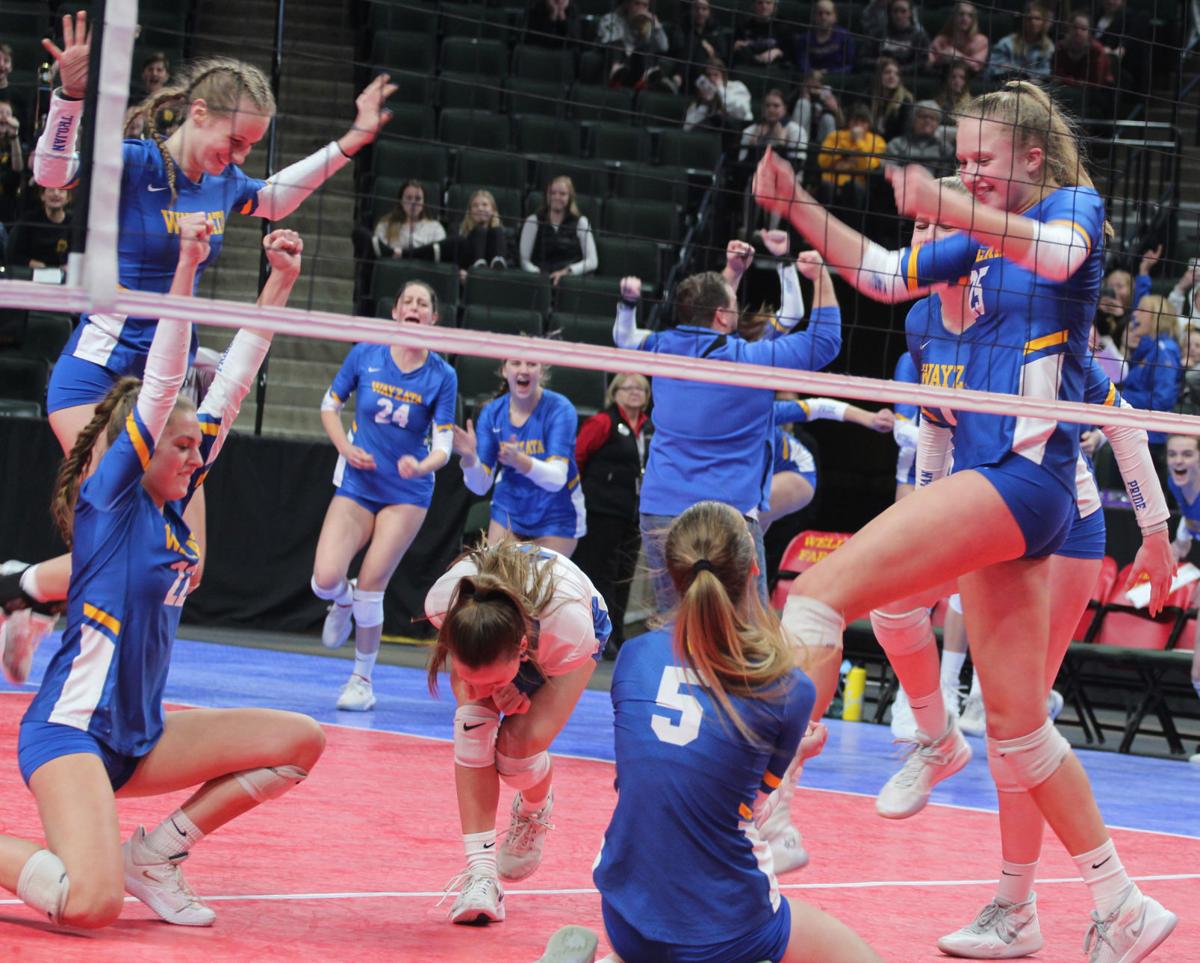 Wayzata celebrates the final point, an Elizabeth Helmich kill (5), in a 3-0 sweep of North St. Paul in the Class 3A semifinals Nov. 8 at the Xcel Energy Center in St. Paul. 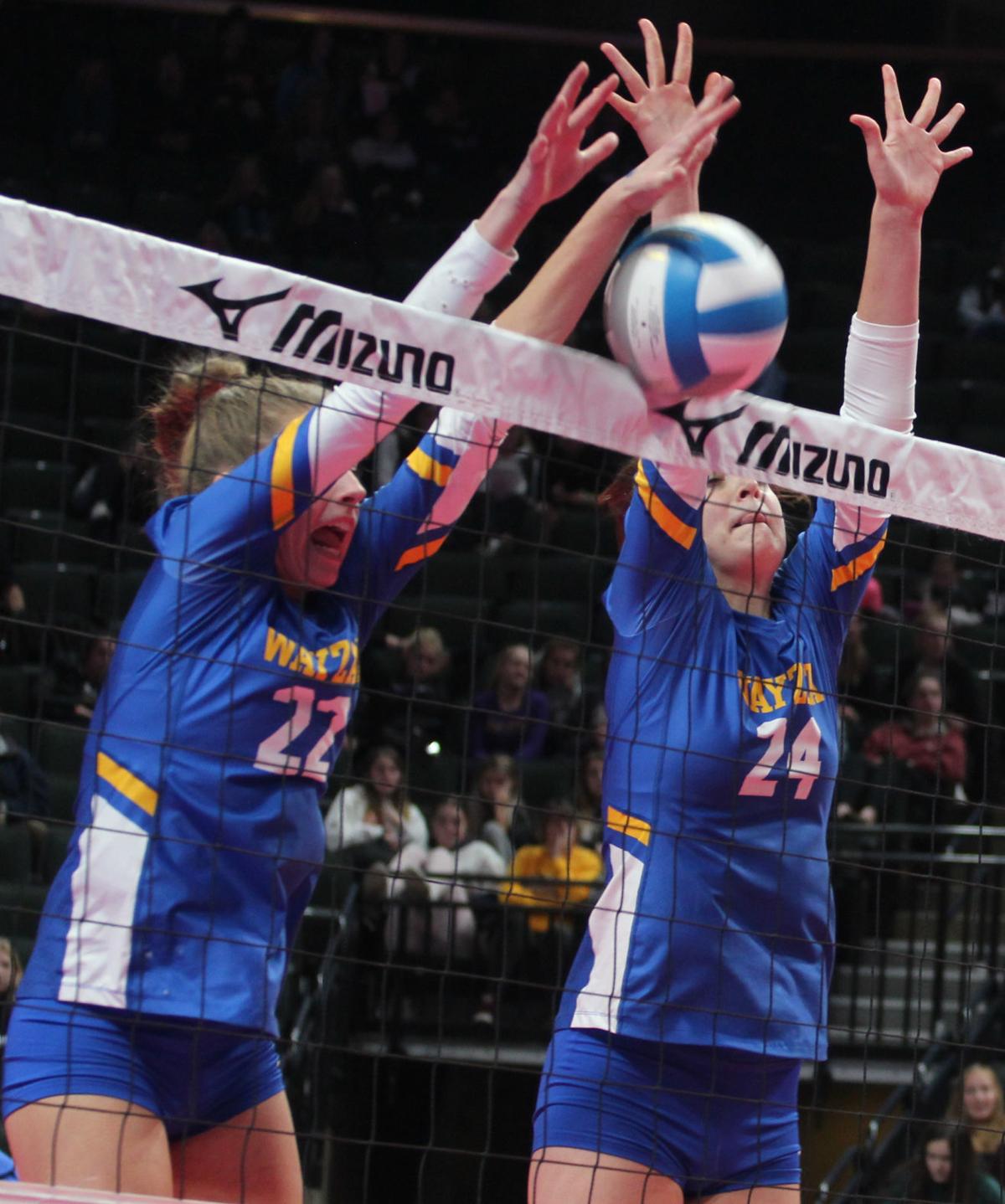 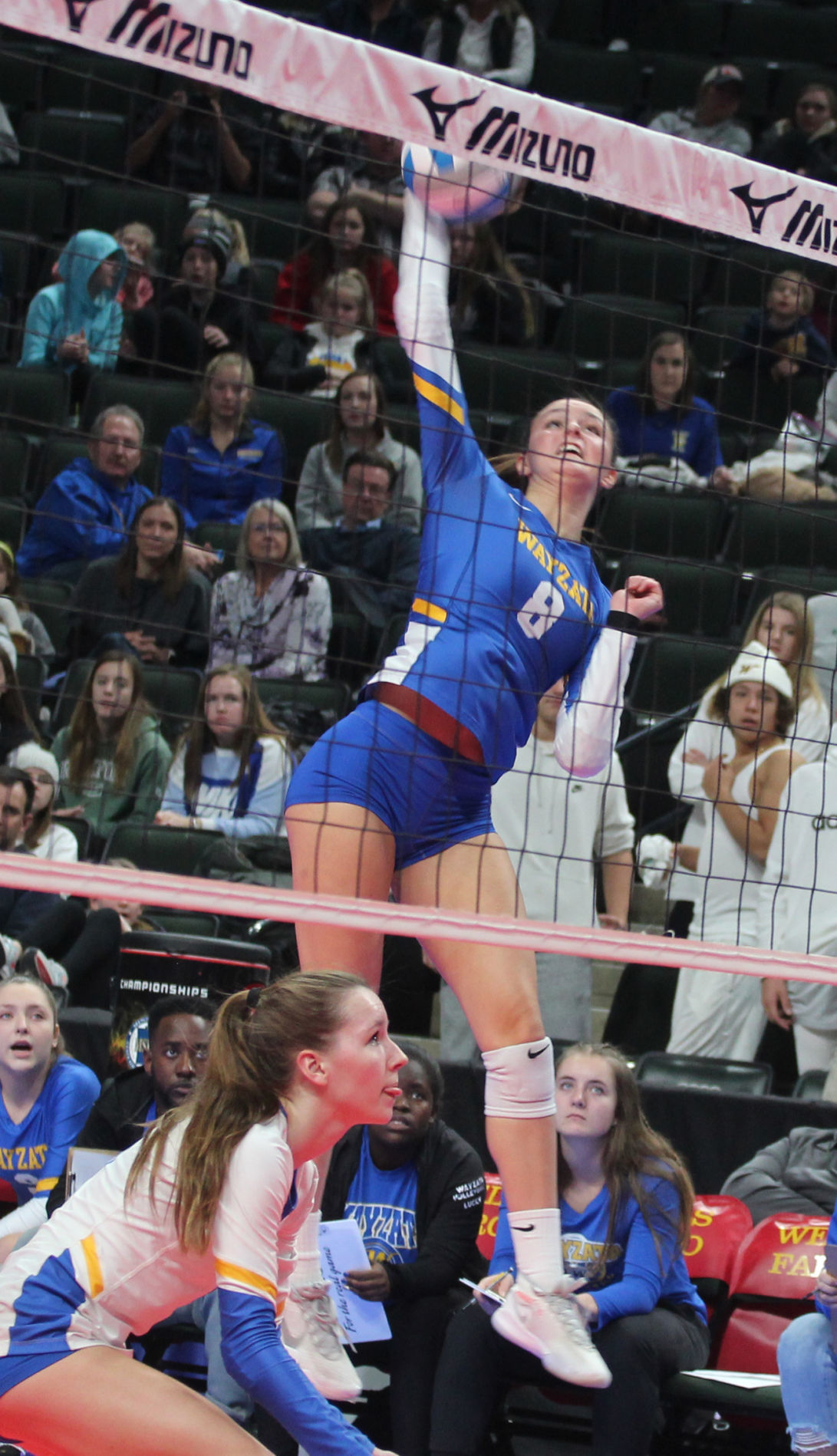 Kate Long with the swing for Wayzata in game three.

Wayzata celebrates the final point, an Elizabeth Helmich kill (5), in a 3-0 sweep of North St. Paul in the Class 3A semifinals Nov. 8 at the Xcel Energy Center in St. Paul.

Kate Long with the swing for Wayzata in game three.

Wayzata and Eagan, just how Trojans head coach Scott Jackson drew it up on the first day of practice on Aug. 11. No. 1 vs No. 2 for the Class 3A State Volleyball title.

"Eagan's a great team. They have great players at every position. If you had told me Aug. 11 that this would be the finals, I wouldn't have been at all surprised. This is what we expected to see. That's my belief in my team," the Trojans coach said.

A sweep, but certainly much more of a grind than the quarterfinals against Elk River.

Wayzata needed six straight points down 24-18 in game three to win, Elizabeth Helmich's smash capping a 9-1 run to advance the Trojans to the championship.

"We're climbing. Everything is coming together," Helmich, match leader with 16 kills, said. "I told the girls this in the second set. Those balls we're getting up, we would have not gotten up even two days ago. We're building on top of everyone's effort. Our defense has blossomed and really pushed us."

Wayzata came alive at key points of all three games. Trailing by two at 13-11 to open the match, the Trojans scored 14 of the next 17 points to grab the lead.

The story was the same in game two. Tied at 13, big points went the Trojans' way, Helmich and Sophie Jesewitz each scoring kills with the game tight at the end.

In game three, behind 24-18, back-to-back points from Kate Long and a third kill from teammate Katelyn Empkey was followed by three consecutive North St. Paul hitting errors to tie the match at 24.

Helmich twice found the floor with swings to advance the Trojans to the next round.

It is the third state championship appearance for the Wayzata program. The Trojans were second in 2009 and 2010.

All matches at Xcel Energy Center