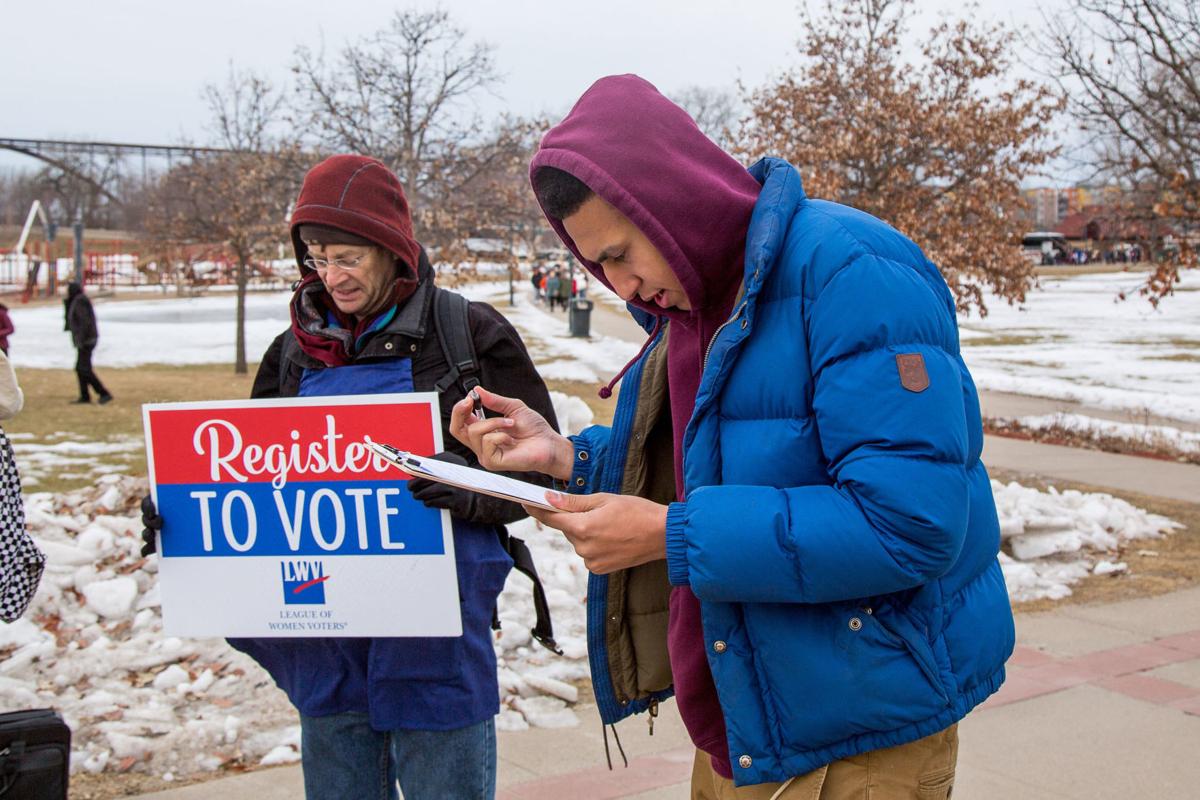 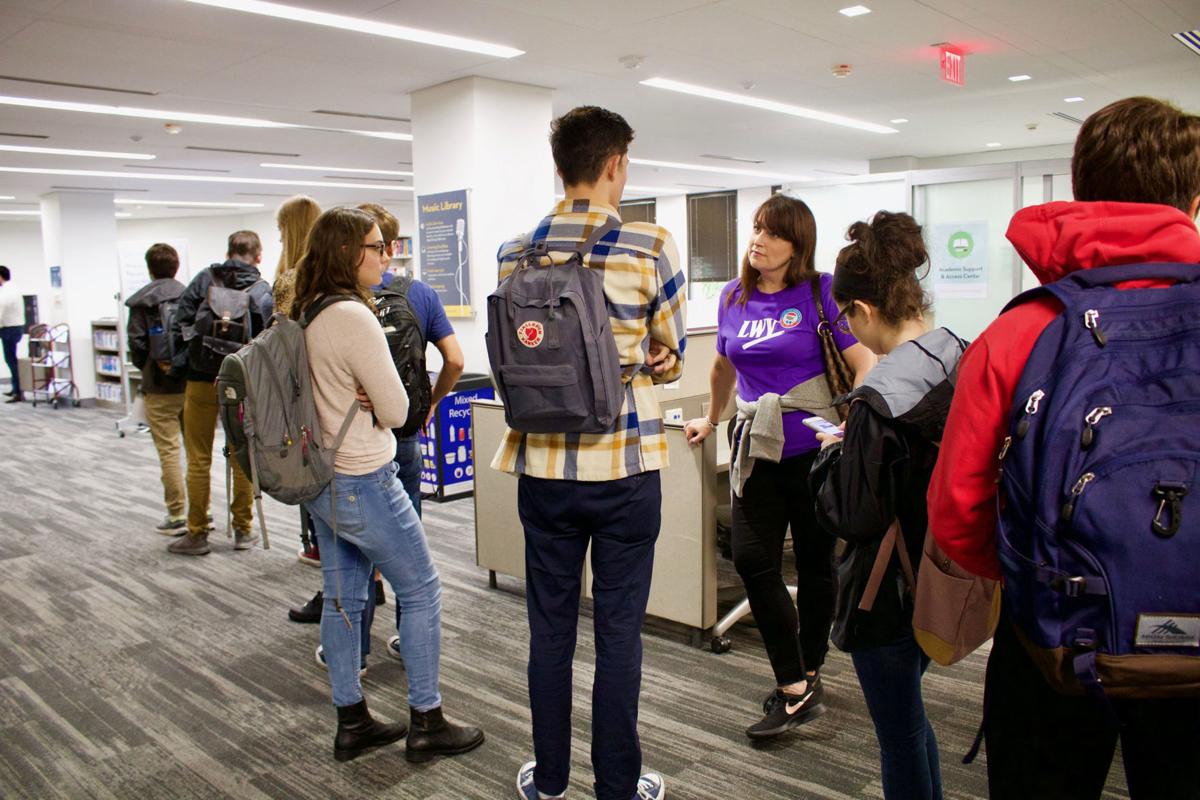 Candidate campaigning is already underway for the presidential election in November. But there’s a lot that happens between then and now.

When it comes to casting ballots, the process can seem confusing. Here’s what to know this election season.

Super Tuesday is the presidential nominating primary vote, which helps determine which candidates will appear on the final ballot in November. It’s not an official election for a candidate, but the process is similar. This year, Super Tuesday is on March 3.

Voters don’t have to wait until then to cast a ballot — or even to decide who will be on the ballot.

The absentee/early voting period started mid-January this year and extends until Super Tuesday. Absentee voters can fill out their ballots via mail or in person.

During absentee voting, and before the primary vote on Super Tuesday, precinct caucuses will take place. These caucuses let Minnesotans show support for their preferred candidates. They can endorse a candidate in the caucuses, which lead to the state party conventions.

"We are working diligently to clarify for people that there is still a caucus and to encourage participation in this important grassroots start to the campaign season. I think there is still quite a bit of confusion about the change [to a presidential primary]," said Cathy Olson, chair of the DFL Senate District 33.

During a precinct caucus, people can raise issues important to them, influence who the party will endorse, and show general support for a candidate.

"We have a very competitive senate race between two Republicans in Carver County for the spot on the November ballot, and that will be decided obviously during the caucus," said Vince Beaudette, vice chair of the Carver County Republicans.

Only those who sign up as a delegate at their caucus can vote that day.

That's why Beaudette said it's essential for people to become delegates.

"It's very important that voters go out and become delegates at the caucuses if they wish to have a voice with regard to who should be the next senator," he said.

“This is kind of the starting of the grassroots process,” Leizinger said. “I would encourage everybody to go to their caucus.”

So what exactly happens at a caucus? Leizinger laid it out.

You check in at your assigned location and group, comprised of immediate neighbors. A moderator will start the process and walk through the agenda. Then, discussion starts.

Election and allocation of delegates happens next. Delegates are then whittled down at the district, state and national convention. That’s when the presidential candidate is endorsed.

“Caucuses start the process of selecting those delegates. Not 100% of everybody goes to the national convention. Maybe 70 to go from Minnesota,” Leizinger said.

During discussions, people can bring issues to the table, setting forward resolutions or statements in favor of, say, an environmental issue.

“The key thing with caucuses is it’s the grassroots formation, a start our process that moves toward the nomination of our candidates as we go up the chain,” Leizinger said. “This is this bottom of the link where we start moving on forward.”

Caucus officials aren't sure how participation will be in this year's caucuses because they don't have experience with a presidential primary cycle and don't know how that might impact how many people come out to caucus.

"We do not have a way to accurately gauge what attendance will be on Feb. 25," said Andy Moller, chair of the Senate District 48 Republicans. "In 2016, there were extremely long lines waiting to attend the caucus since there was a presidential straw poll. We are hopeful that our dedicated volunteers will attend this year as the caucus is the first step in becoming a delegate to the Republican 3rd Congressional District and state conventions."

"As you know, historically, we have had much higher turnout in presidential years, but don’t know how the change to a primary will impact," Olson said. "There is tremendous enthusiasm among voters, so I am hopeful this will translate to attendance."

"So, quite a wide range," Olson said.

"The turnout may be low statewide, but we expect more people showing up for these caucuses because of our senate race right here in District 47," Beaudette said, nodding to Julia Coleman and Tom Funk who are running this year.

Though just 2% of all Carver County residents will likely show up to caucus night, Leizinger agreed: That’s a good number. “We’re expecting a large turnout as we typically do in a presidential year. The election can’t get here quick enough.”

Area precinct caucuses will be held on Feb. 25. Caucuses will begin at 7 p.m., with registration beforehand, typically starting at 6 p.m. or 6:30 p.m. A caucus finder is available at www.mnvotes.org. Voting locations for the general election in November will be available at the same website.

Information used in this article was gathered in part by the League of Women Voters of Minnesota.

To find caucus locations and polling place information specific to where you live, visit www.mnvotes.org.

A full list of in-person absentee voting locations in Hennepin County, as well as other voter resources, is available at www.hennepin.us/elections.

Online or via mail at the Minnesota Secretary of State:

Here's a look at how many people have voted absentee in the presidential nomination primary in Hennepin County and statewide:

Source: Hennepin County and the Secretary of State's Office.

To be eligible to vote in Minnesota you must:

Information provided by the Office of the Minnesota Secretary of State Steve Simon.