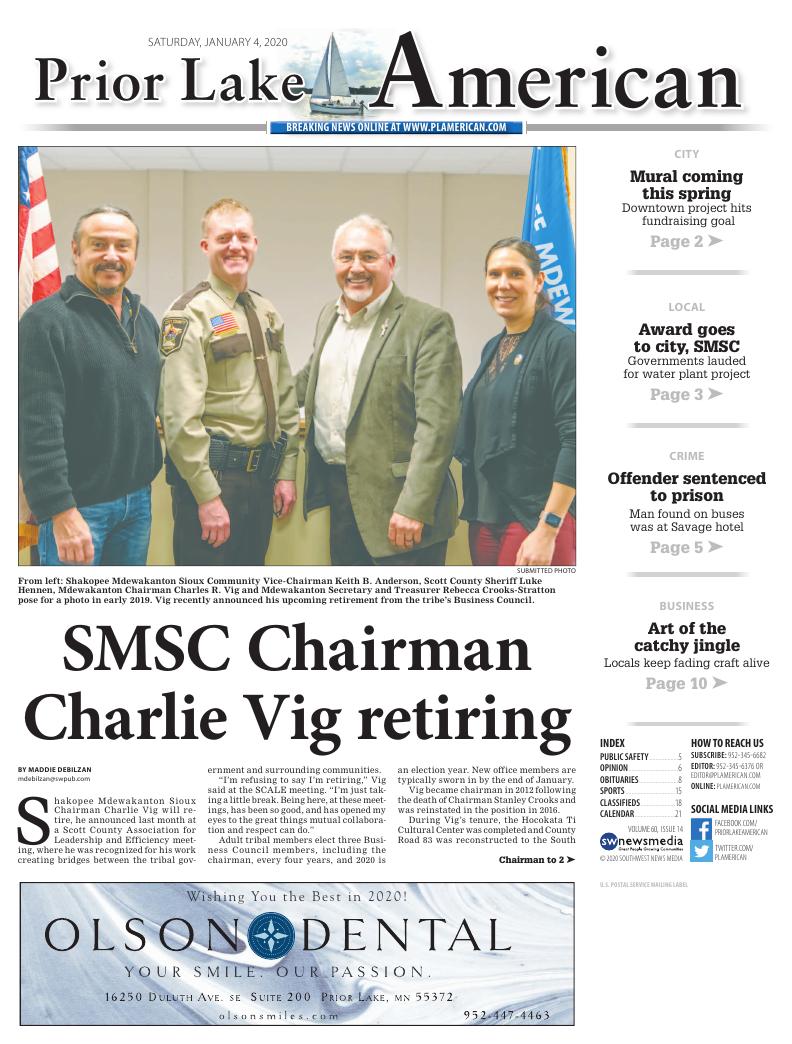 Shakopee Mdewakanton Sioux Chairman Charlie Vig will retire, he announced last month at a Scott County Association for Leadership and Efficiency meeting, where he was recognized for his work creating bridges between the tribal government and surrounding communities.

“I’m refusing to say I’m retiring,” Vig said at the SCALE meeting. “I’m just taking a little break. Being here, at these meetings, has been so good, and has opened my eyes to the great things mutual collaboration and respect can do.”

Adult tribal members elect three Business Council members, including the chairman, every four years, and 2020 is an election year. New office members are typically sworn in by the end of January.

Vig became chairman in 2012 following the death of Chairman Stanley Crooks and was reinstated in the position in 2016.

During Vig’s tenure, the Hocokata Ti Cultural Center was completed and County Road 83 was reconstructed to the South Area Water Treatment Plant in Prior Lake — two accomplishments Vig said he was most proud of in a 2019 report published by the Mdewakanton community.

Vig started his career as a bricklayer before slowly working his way to vice president at Mystic Lake Casino Hotel, according to the community. He also served 14 years on its Gaming Enterprise Board of Directors before becoming the tribe’s chairman.

“His signature strength is that of a long-term relationship-builder, one that has created stronger awareness and interaction between communities,” Mars said. He added educating the community on the history of the tribe’s culture will be a part of Vig’s legacy.

Shakopee City Administrator Bill Reynolds said Vig was always a visionary, and that he admired the tribe’s strong relationship with Shakopee under his leadership.

“He understands that our common past — though sometimes difficult — should not be a barrier to our mutually beneficial future,” Reynolds said.

Prior Lake Mayor Kirt Briggs echoed those sentiments, saying Vig was always looking to collaborate and partner with leaders from other groups and communities.

“He sits down and listens to an alternative perspective,” Briggs said. “He is somebody that I look to emulate and I’m going to miss him.” 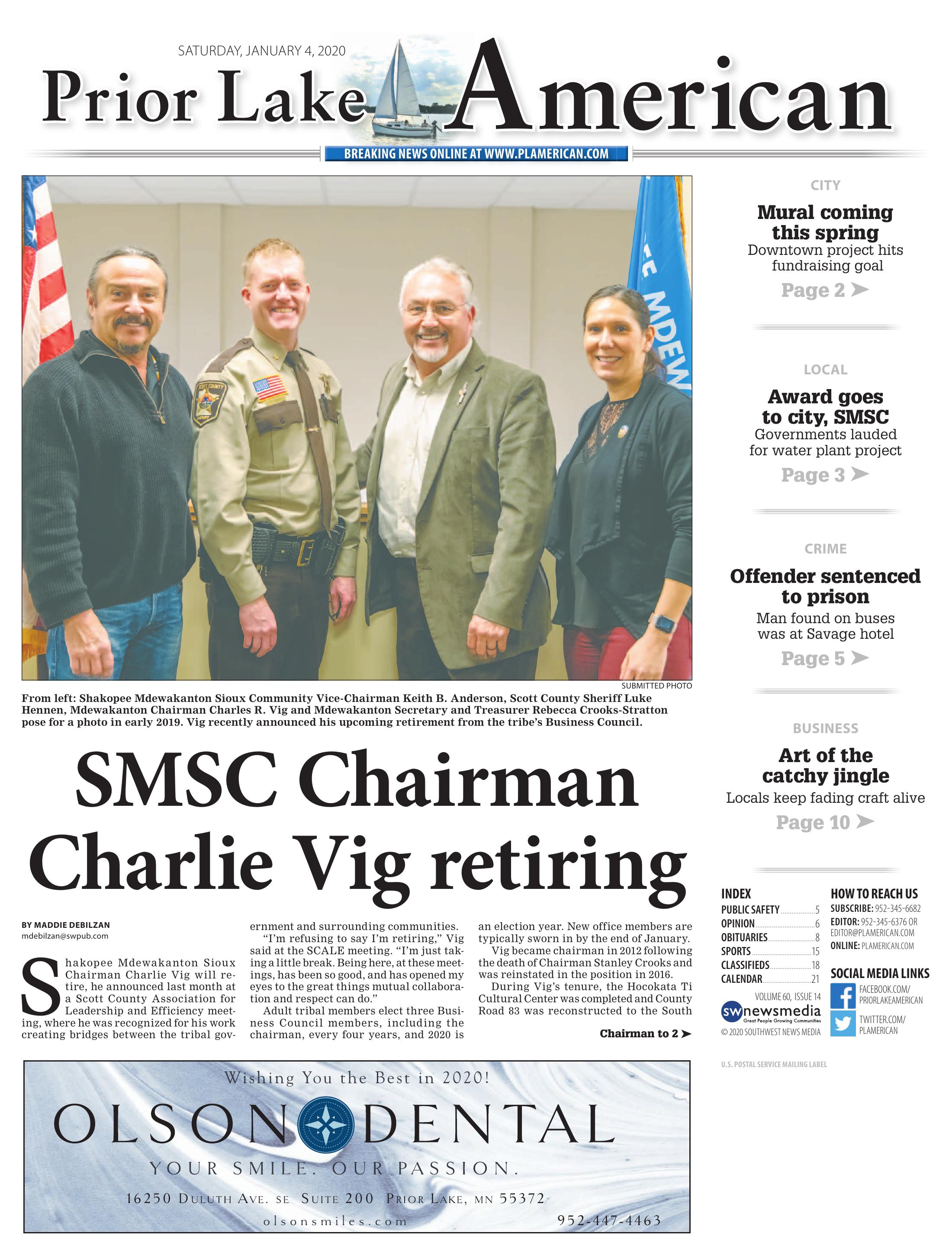