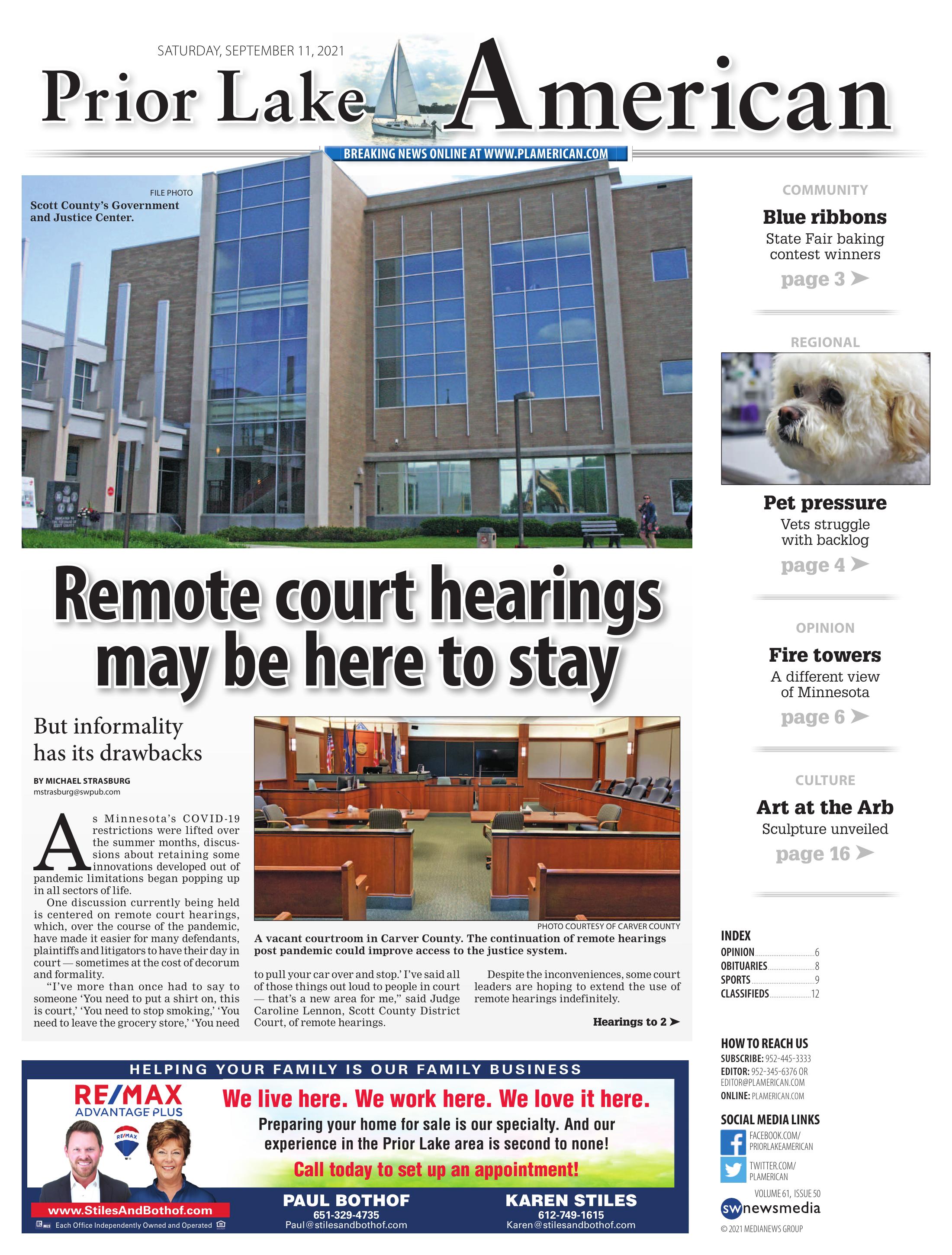 As Minnesota’s COVID-19 restrictions were lifted over the summer months, discussions about retaining some innovations developed out of pandemic limitations began popping up in all sectors of life.

One discussion currently being held is centered on remote court hearings, which, over the course of the pandemic, have made it easier for many defendants, plaintiffs and litigators to have their day in court — sometimes at the cost of decorum and formality.

“I’ve more than once had to say to someone ‘You need to put a shirt on, this is court,’ ‘You need to stop smoking,’ ‘You need to leave the grocery store,’ ‘You need to pull your car over and stop.’ I’ve said all of those things out loud to people in court — that’s a new area for me,” said Judge Caroline Lennon, Scott County District Court, of remote hearings.

Despite the inconveniences, some court leaders are hoping to extend the use of remote hearings indefinitely.

The Other Side Workgroup was established in March 2020 to assist the Minnesota Judicial Council in leading the judiciary’s planning for district court case processing on the “other side” of the COVID-19 pandemic.

The OSW released a list of long-term recommendations earlier this summer, with the Judicial Council expected to act on them sometime soon.

Time and a place

One of the OSW’s leading recommendations is that in-custody defendants be able to continue attending hearings remotely; and that contested hearings (where evidence is being presented or testimony is taken on issues in dispute) be held in-person, while uncontested hearings be held remotely.

Clay County Judge Michelle Lawson, who chairs the workgroup, said non-criminal matters that do not involve testimony and are short, routine hearings should continue to be held remotely.

“Criminal cases pose different concerns as it relates to constitutional protections ... because of that it’s likely that the use of remote hearings in criminal proceedings, at least initially, would be more limited,” Lawson said.

“To me, one of the most telling things that I observe, is the parties observing each other testifying,” Lawson said. “If you have a divorce case or a child protection case or other things like that, it’s more than body language and facial expression, it’s watching how the other parties watch each other and interact with each other in court. You lose that in a Zoom hearing.”

“Exhibiting is so much more complicated for the attorneys and for cross examination, and for jurors who are watching, credibility determinations are very difficult on Zoom,” Ivy said. “You can’t have a trial on Zoom as you would in a courtroom. They’re not the same and they never will be ... if you’re litigating you want to be in the courtroom.”

But when it comes to routine hearings, court personnel appear to be strongly supportive of remote hearings. According to an OSW survey conducted last summer, 79% of judges and 86% of court staff believe remote hearing technology should be used after the pandemic. The survey, which fielded 1,115 responses, including feedback from over 160 judges/referees.

Part of the support for remote hearings comes from the ability to remove obstacles for court participants — with time and distance being chief among them.

Transportation, work and child care responsibilities can pile up to make every court appearance a challenge.

“Some folks, depending on where they live, to attend a 10-minute hearing, might have to take half a day or a whole day off of work,” Lawson said.

“It’s also very useful for victims who want to attend a hearing or attend a sentencing — they don’t really want to appear in court and be in front of the person who may have abused them, “Ivy said. “So they can appear remotely and that puts them at great ease.”

The past 18 months, however, have been fertile ground for judges, attorneys and court personnel to discover the new and unique challenges remote hearings present.

An early hurdle district courts faced was the digital divide, with some participants being unable to properly use technology or lack access to a computer, smart phone or broadband internet.

Lawson said most counties have created a “Zoom room” to provide a free court connection for those having difficulty with technology or internet access. Judge Lennon confirmed that Scott County has multiple access rooms.

But one of the ongoing concerns is courtroom behavior.

“There’s also the difficulty of not being able to read the situation as easily, evaluate people’s credibility and control the sequestration of witnesses,” Judge Lennon said.

Lennon gave an example of a juvenile criminal hearing, which would usually require the sequestration of witnesses — meaning their testimony would be given without the direct presence, influence or interference of others.

“When somebody is sitting at their dining room table, you don’t know who else is in the room or within earshot,” she said. “We discovered people were sitting out of the camera’s view and we would hear them say something or try to interject ... it’s difficult from a courtroom control aspect.”

Ivy also raised concerns about the lack of control as he relayed a story about a remote hearing where a participant was vaping and petting their cat.

The benefits of remote hearings also extend to local sheriff’s offices, which are responsible for incarcerating some defendants in jail throughout the legal process.

Scott County Sheriff Luke Hennen said remote hearings can alleviate the burden of transporting inmates to other counties, where they face separate charges. But in many cases, Hennen said, it was just easier to delay the hearings altogether.

“Before Zoom hearings, usually that court case would be delayed,” he said. “They would wait until they were done with that person in our county jail. It just creates more of a back-up so this is a more seamless way to get them in front of a judge for hearings and keep the backlog down.”

Judge Lawson said the remote hearings cut down on arrest warrants, too.

As courts across the state await the judicial council’s decision, many aren’t holding out hope that remote hearings will be a magical solution for the lingering effects of the pandemic, which has exacerbated court backlogs over the past year.

“In order to overcome the backlog, we need people to come to court, because settling people’s cases remotely — in some low-level things it’s effective — but in most serious matters it just isn’t,” Lennon said.

For active proponents like Lawson, who “strongly recommends” the continued use of remote hearings under certain circumstances, the use of new technology has unearthed a path to giving citizens greater, more accessible participation in the justice system.

“Moving forward I think there will always be a place for it,” Ivy said. “Like any tool, you want to use it appropriately.”

This story is part of an occasional series by Southwest News Media, reporting how COVID-19 has impacted our community. 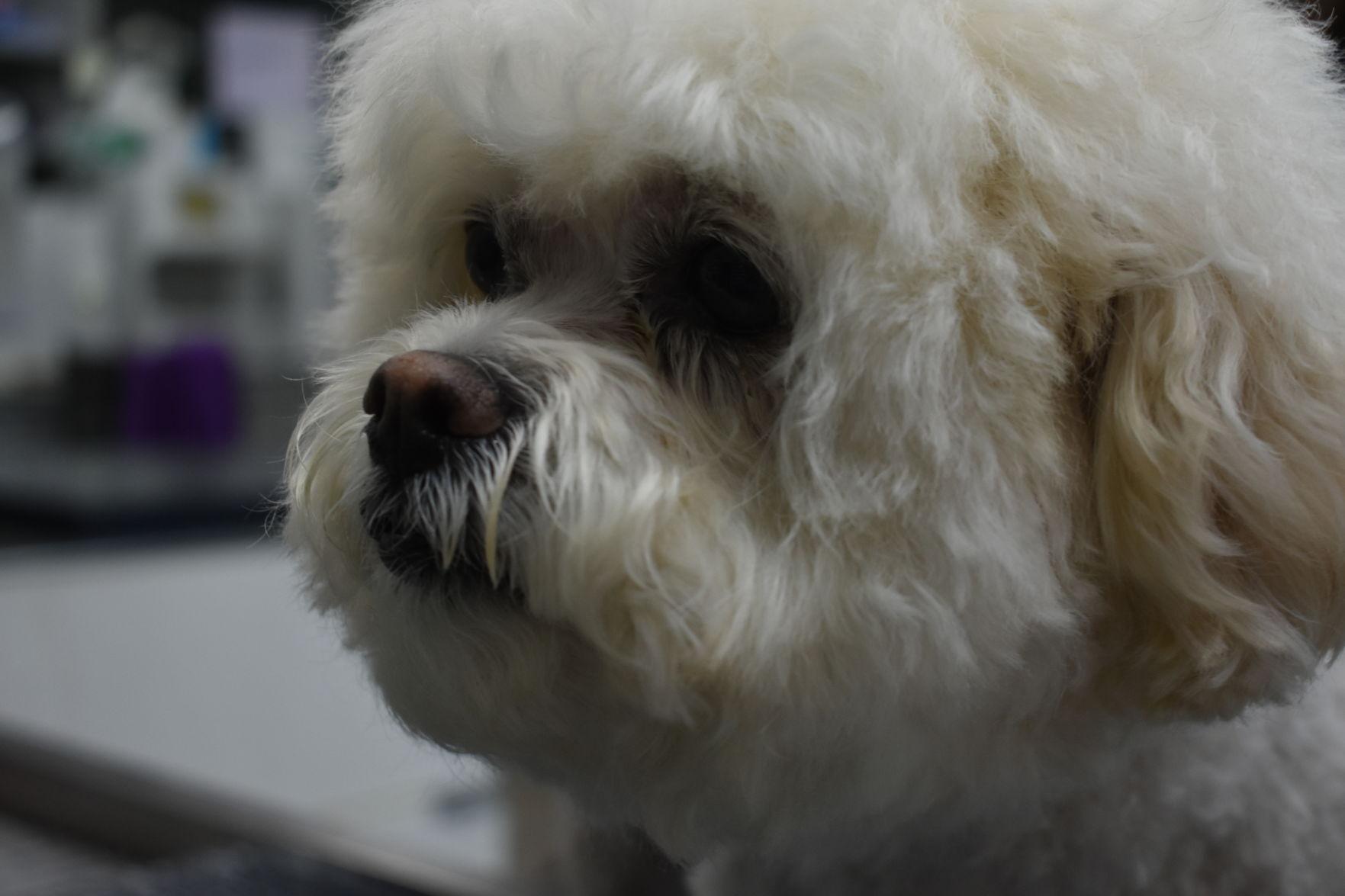